Cayey is known as «La Ciudad del Torito» (town of the little bull)
and «La Ciudad de las Brumas» (city of the fog). Cayey was founded
on August 17, 1773 by Juan Mata Vázquez, who became its
first mayor.

It is said that Cayey derives its name from the Taino Indian word for «a place
of waters». Its original name was «Cayey de Muesas», in honor of Miguel de Muesas, the governor of Puerto Rico at the time.

Cayey is famous for its two twin peaks known as
«Las Tetas de Cayey,» (the teats of Cayey), nicknamed for their
similarity to a female body part, which were formed by volcanic activity.

The Carite Forest Reserve located between Cayey and Yabucoa offers more than
6,000 acres of protected parkland.

Cayey is home of the Cayey University College (1967), a branch of the
University of Puerto Rico. This is the only liberal arts college in
Puerto Rico.

The surrounding areas produces sugar, tobacco, and poultry.
Cigars and clothing are also manufactured. Coca-Cola and Procter & Gamble have
manufacturing facilities in Cayey.

Cayey territory is very mountainous because the city it is located on
the Central Mountain range, north of Salinas and Guayama; south of Cidra and
Caguas; east of Aibonito and
Salinas; and west of San Lorenzo.

Cayey is made up of 17 barrios (wards/districts): 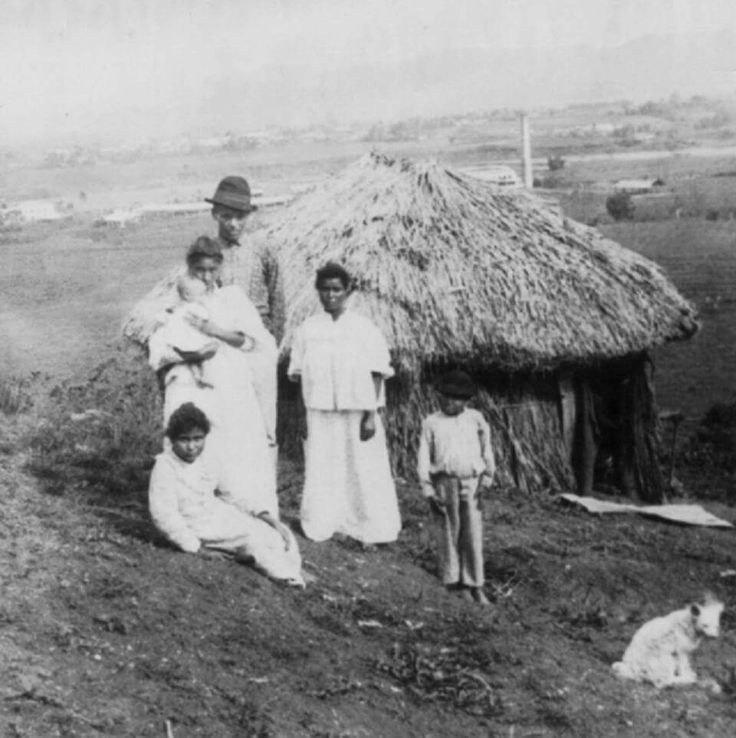 There are many well-known «cayeyanos», among them:

The flag derives its design and colors from the Coat of Arms, which is in the center
of the flag encirled by a solid black ring. The centered Coat of Arms and has four
triangles pointing to it, two white and two red.

The coat of arms has a three tip mountain, a red bull, and a waving blue stripe
representing the abundant water in the zone and also in reverence to the primitive
matron of the town of Cayey. The shield is topped with the silver lamb symbol of
San Juan of Puerto Rico, and a red book.

The anthem of Cayey was written by Clodomiro Rodriguez. The title is
Alma Boricua.

There are 22 public schools in Cayey,
education is handled by the Puerto Rico Department of Education. 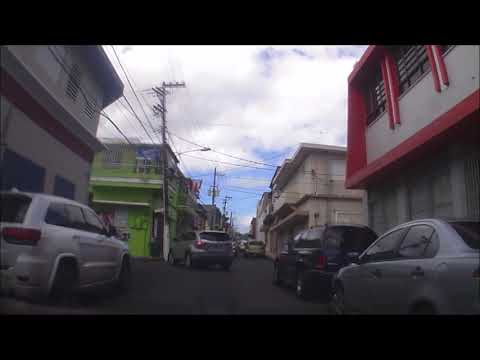 Cayey is also home of 2 colleges and universities. 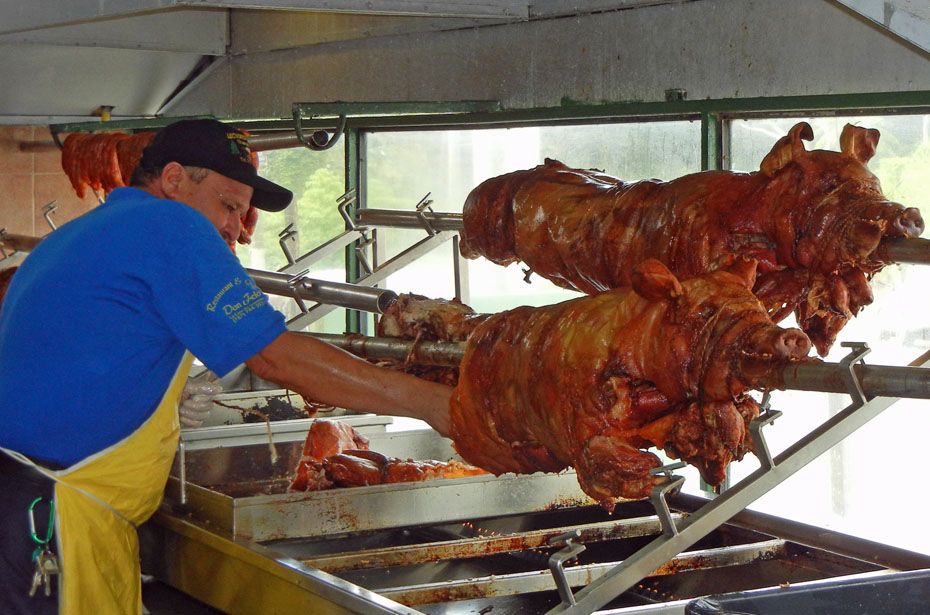 Known as Ciudad Verde (“Green City”) Cayey sits on 52 square miles (135 square kilometers) tucked in a valley of the Sierra de Cayey section of the Central Mountain Range. The municipality marks start of la Ruta Panorámica, a 165-mile (266-kilometer) road that snakes through the towering mountains, and the surrounding scenery is breathtaking to behold. The area’s elevation of 1,500 feet (460 meters) above sea level makes it cooler in temperature than Puerto Rico’s beach towns and gives rise to another nickname, la Ciudad de las Brumas (“The City of Fog”).

Cayey is bordered by Aibonito to the west, Cidra to the north, Caguas and San Lorenzo to the east, Salinas and Guayama to the south. SJU airport is an hour’s drive north, and Ponce is an hour to the southwest.

Come hungry to Cayey and your taste buds will thank you. 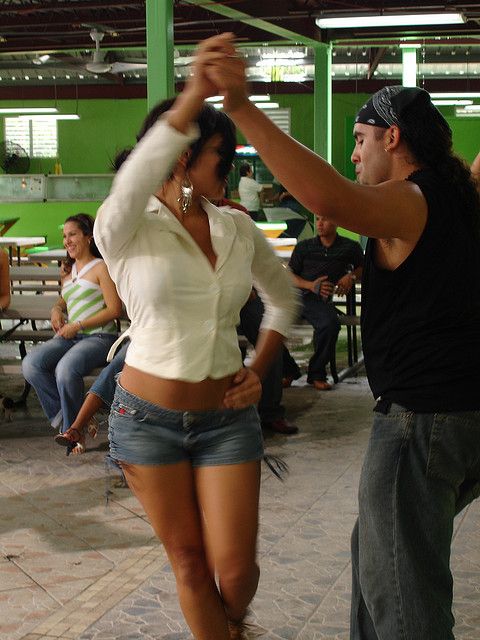 The neighborhood of Guavate is famous for its Ruta del Lechón, a windy strip of cafeteria-style restaurants and kiosks that serve loads of lechón asado, a Puerto Rican preparation of roasted pork and gastronomic heritage. The Guavate experience is one you won’t find anywhere else in the world, with more than a mile of roadside eateries that roast whole pigs on spits over open fires and chop up the meat with machetes. Patrons enjoy their meat alongside traditional Puerto Rican side dishes like fried plantains, rice with pigeon peas, and blood sausage.

While Guavate is relatively quiet during the week, on weekends the entire area becomes a lively street party. Families and friends come here from all over the island to stuff themselves with delicious food and dance to live salsa music as the crowds spill out from eateries packed with people having a fantastic time.

Nature enthusiasts love Bosque Estatal de Carite, a 6,000-acre protected area that’s home to a wide variety of birds, amphibians, reptiles, and mammals, along with more than 200 types of trees and other plant life. 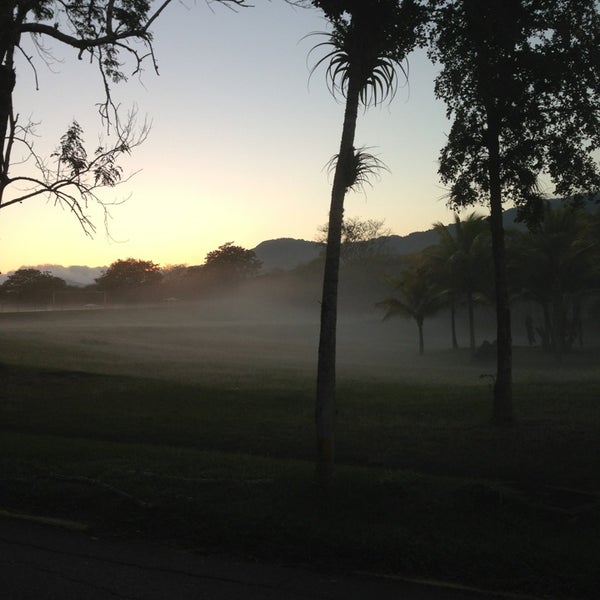 If you only have a couple of hours to spend here, Charco Azul, one of the best known features of the forest, is a photo-worthy deep-blue swimming hole that’s easily accessible via a walking path from Route 184.

Compilation: The most beautiful» girls from Puerto Rico

PUERTO-RICO COMPLITUAL and Television, it was presented on September 689 years old in the city of Manati (Puerto Rico). 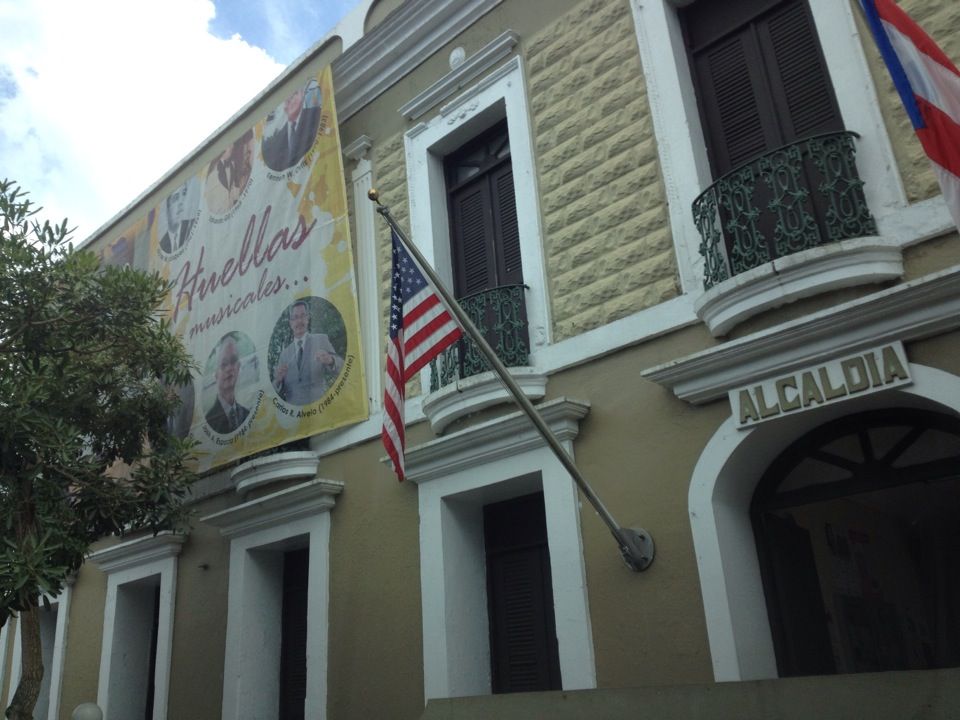 89 years old in Puerto Rico’s capital, San Juan. From the age of 4, Mariana has been dancing, music, singing and drawing. She is also a graduate of Carolina University and has been acting in films since 2008. Source: Yandex Pictures

American actress, dancer and singer. Victoria is a mother from Puerto Rico. She was born on February 19, 1993 in Hollywood (USA). The first role in her career was in the TV series Una Mamma per Amica. In it, she played the role of «Jill», at that time she was 10 years old. Since then, Victoria has appeared in numerous films and television series, including: Zoe 101 and Victorious. 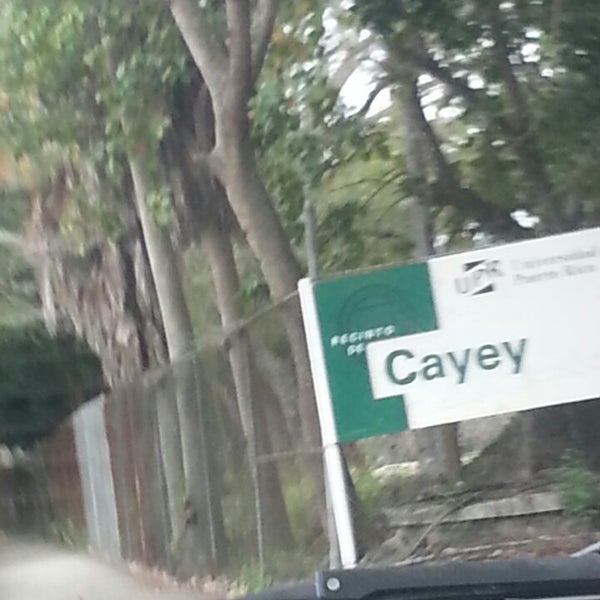 She was born on October 3, 1987 in Kaya, Puerto Rico. Suleyka is considered one of the youngest Miss Universe winners; he won it at 18. In addition, the girl has Indian roots, which distinguishes her from four predecessors with European features.

Model, journalist, TV presenter, actress, winner of beauty contests. She was born on January 3, 1985 in New York, USA), and at the age of 9 she moved with her family to Puerto Rico. Mirami’s modeling career began at the age of 14, she starred in many commercials, such as Burger King, Heineken, Pepsi, Jeep, IBC and many others. Miriam won her first major beauty pageant victory at age 16 and was named Miss Teen Latina Puerto Rico.0003

For more than 20 years I have been covering the lives of celebrities in various magazines. The whole circle of acquaintances advised me to write on the Internet. On this resource you can find out the latest news from the world of celebrities. 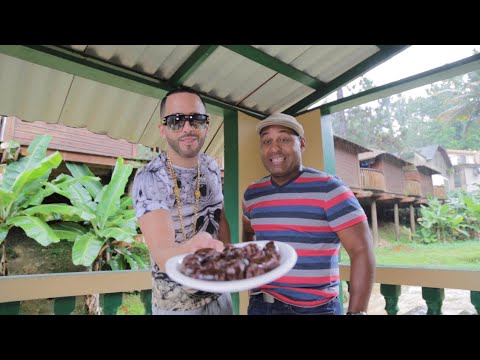 WTA tournament in Kolkata (India). The prize fund is $170 thousand.

WTA China Open in Beijing. The prize fund is $585 thousand. 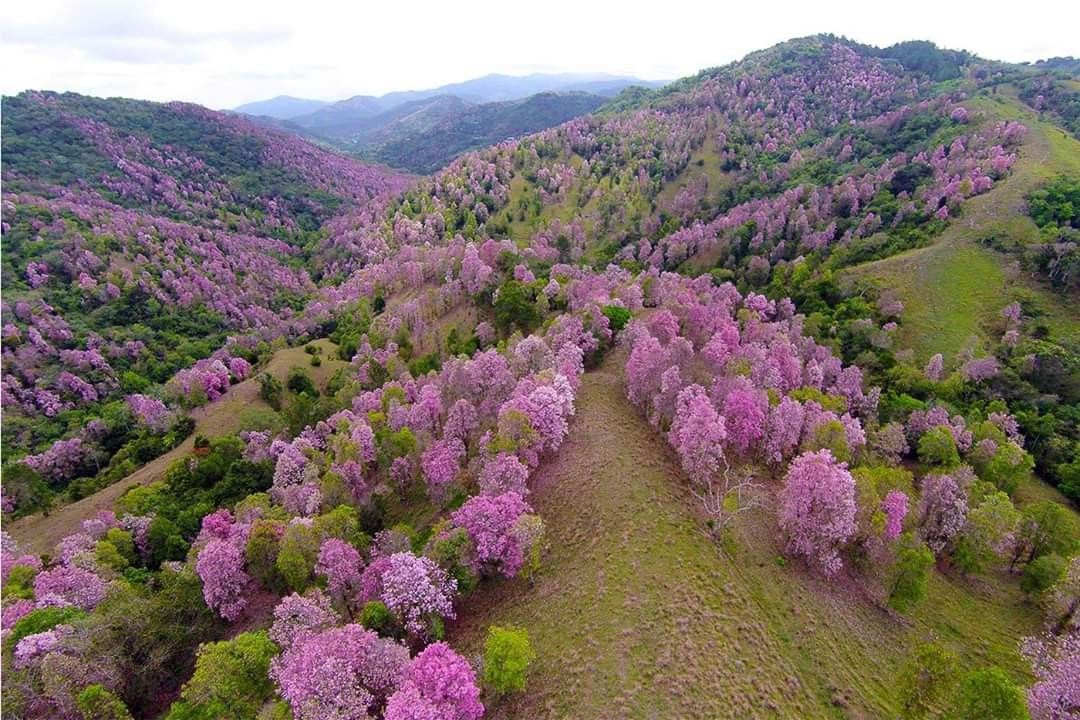 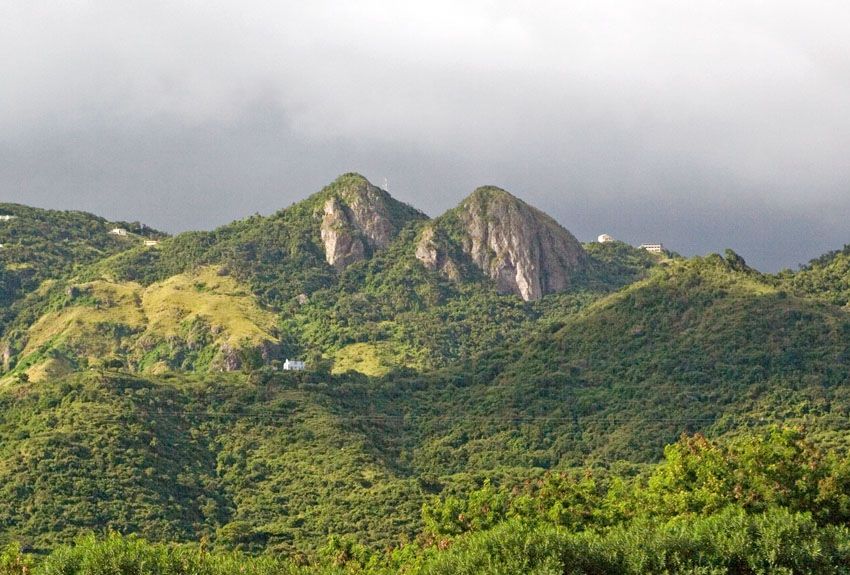