Where is pr: Where is Puerto Rico Located?

Puerto Rico is a Caribbean island and unincorporated territory of the United States. It is located in the northeastern Caribbean Sea, It lies approximately 40 miles (65 km) west of the Virgin Islands, 50 miles (80 km) east of the Dominican Republic and 1,000 miles (1,600 km) southeast of the U.S. state of Florida.

Where is Puerto Rico Located?

Puerto Rico, officially Commonwealth of Puerto Rico, It is located on the continent of North America, in between the Caribbean Sea and the North Atlantic Ocean, east of the Dominican Republic and west of the Virgin Islands. The capital and largest city is San Juan. Puerto Rico covers an area of 3,515 sq mi (9,104 km2), with popuation of 3,285,874 as of 2020 U.S. census.

One of Latin America and the Caribbean’s most competitive and dynamic economies has been Puerto Rico. The economy of Puerto Rico is based on manufacturing like pharmaceuticals, textiles, petrochemicals, and electronics, followed by services such as finance, insurance, real estate, and tourism.

Puerto Rico has everything you could possibly want in a sunny Caribbean vacation resort. All types of beach lovers, from couples and families to dedicated surfers, are attracted to the stunning palm-lined beaches, some of which have mild, quiet waters lapping the golden sand and others that have tremendous waves and renowned surf breaks. 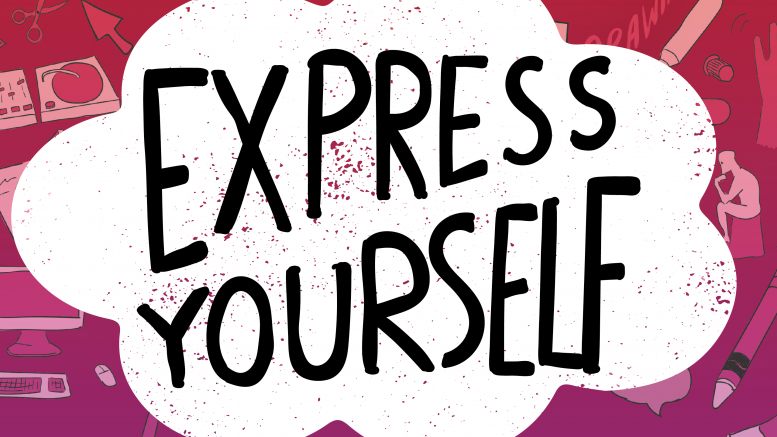 Puerto Rico is a complicated island with a clear American influence on top of the Spanish Caribbean culture. With its American brand restaurants and other luxuries connected to the mainland USA, San Juan makes this particularly clear. If you travel deeper, you will come across charming towns, tiny villages, stunning islands, caverns, and a rough rocky interior. Some of the tourist destinations are Castillo de San Cristobal, El Yunque National Forest, El Morro Fort, Old San Juan, Culebra Island, Vieques and Bioluminescent Bay, Catedral de San Juan Bautista, Cayo Icacos, Luquillo Beach and so on.

Puerto Rico Where to Visit

The top attractions to visit in Puerto Rico are:

Please be respectful of copyright. 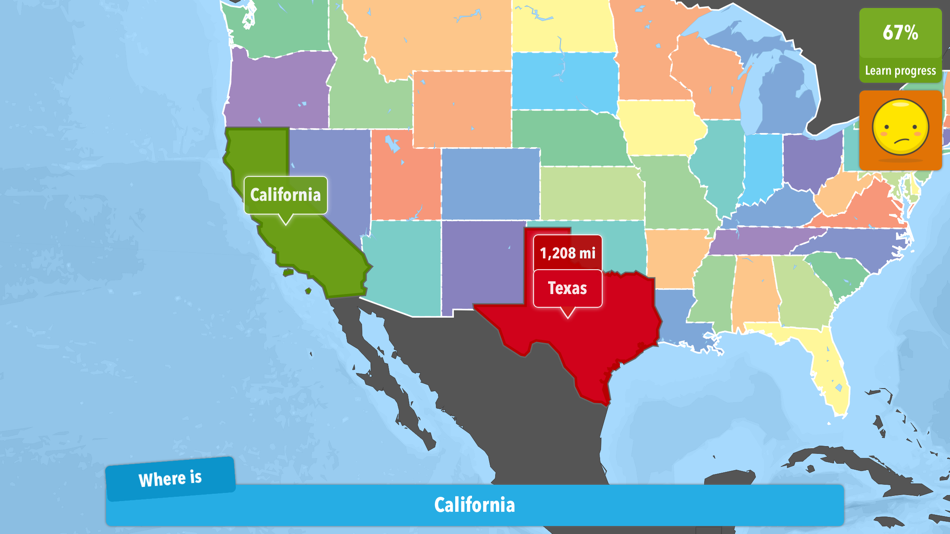 Unauthorized use is prohibited.

El Yunque National Forest is one of the most diverse in the U.S. national forest system with 183 animal species and 225 tree species.

El Yunque National Forest is one of the most diverse in the U.S. national forest system with 183 animal species and 225 tree species.

The Taíno people have lived on the island of Puerto Rico since around 1200, and they still live there today. They called the island Borikén, which some historians think meant “island of crabs” or perhaps “land of the brave.”

When Christopher Columbus arrived in 1493, he made the island a colony of Spain by royal decree, and he called it San Juan Bautista in honor of John the Baptist, a Christian prophet. Then in 1508, the island’s first governor, Juan Ponce de León, changed the name to Puerto Rico, which means “rich port” in the Spanish language. That’s because gold and treasures from the Americas went through Puerto Rico before sailing to Europe. Around that time, slave traders forced African people to the island to build forts and work on farms. 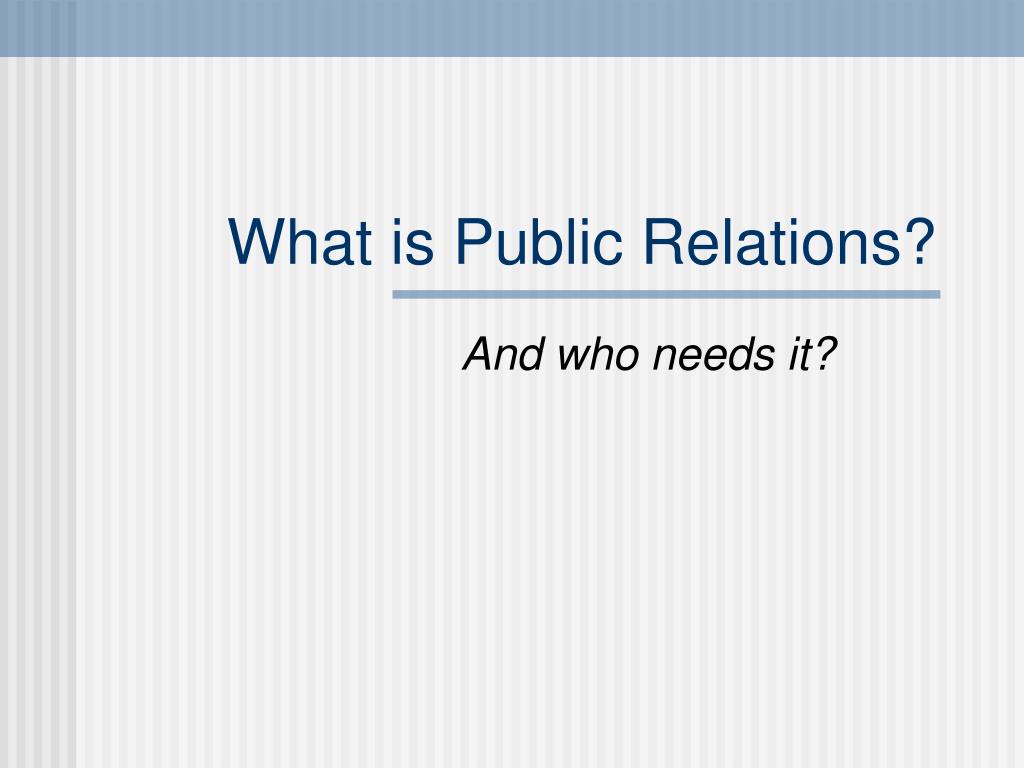 Puerto Rico came under United States rule after Spain lost the Spanish-American War in 1898. Then in 1917, the island became a U.S. territory and Puerto Ricans were given U.S. citizenship when President Woodrow Wilson signed the Jones-Shafroth Act.

Although Puerto Rico is not a state, residents use the U.S. dollar and services like the U.S. Postal Service. U.S. citizens—including Puerto Ricans—don’t need passports to travel between Puerto Rico and the mainland United States.

It’s often called an island, but Puerto Rico is actually an archipelago, which is a string of islands. Only three are inhabited: the main island of Puerto Rico and two islands named Vieques (pronounced vee-EH-kez) and Culebra (koo-LAY-bra).

The land was created by a now-extinct volcano that began erupting about 190 million years ago. The main island has a mountain range, La Cordillera (koor-day-YEH-rah) Central, that runs east to west. 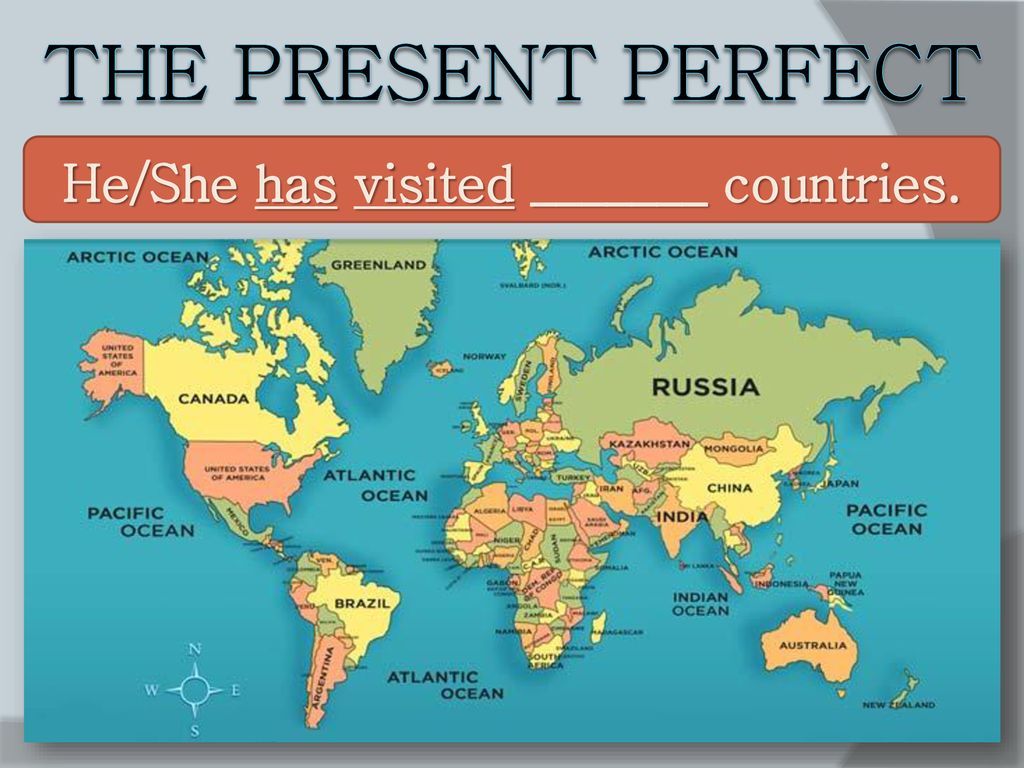 At 4,389 feet (four times the height of the Eiffel Tower), Cerro de Punta in the central town of Jayuya (HA-yuh-yah) is the highest point on the island.

Puerto Rico is a tropical habitat with warm weather year-round and has the only tropical rainforest in the U.S. national forest system, El Yunque (YUHN-kay) National Forest. It’s one of the smallest national forests in the United States, but it’s also one of the most diverse, holding 183 animal species and 225 tree species (23 of which are found only in this area). Although the main island is just about 110 miles long and 35 miles wide, it holds a rainforest, a dry forest in Guánica, and hundreds of rivers and waterfalls.

One of the island’s most famous wildlife residents is the coquí (koh-KEE), a dime-size frog thats name comes from the sound it makes. The island also has around 320 bird species, including the emerald hummingbird (which lives nowhere else) and the Puerto Rican parrot.

Please be respectful of copyright. 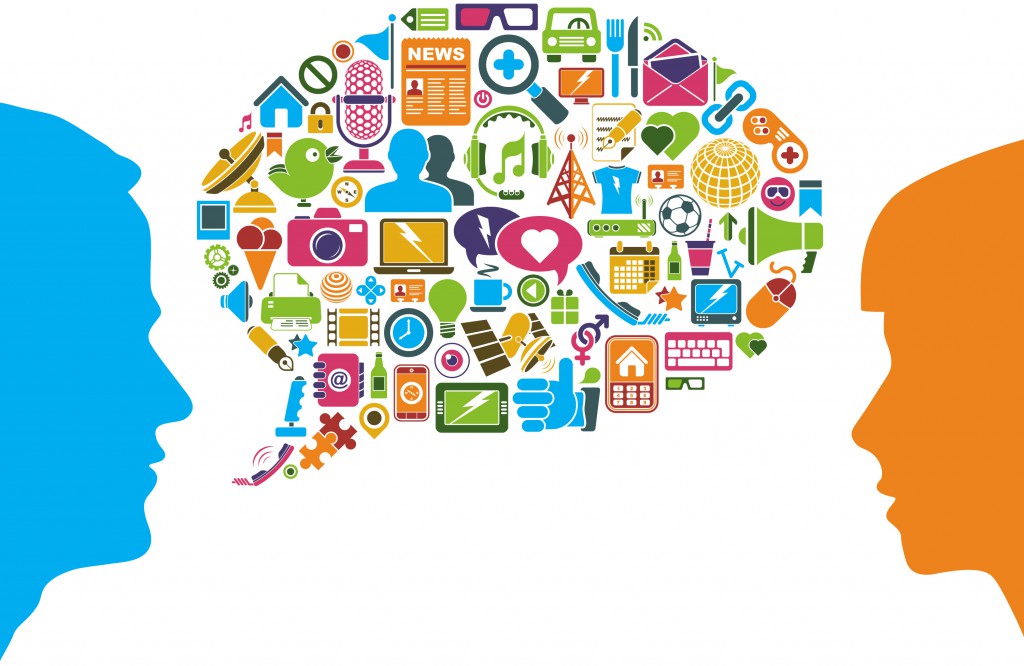 Unauthorized use is prohibited.

Puerto Ricans’ heritage is a mix of Taíno Indian, African, and European (mostly Spanish)—and the island’s food reflects this. The Taíno people farmed yuca (a potato-like vegetable), African people brought plantains (sort of like bananas), and the Spanish brought rice. Popular dishes include lechón (roasted pork, pronounced lay-CHON), rice and beans, mofongo (which is mashed fried plantains), and fried fritters such as empanadas and alcapurrias (al-kah-POO-ree-as). Tropical fruits such a pineapple, guava, mangoes, passion fruit, and tamarind are used in sweet and savory dishes.

The capital of San Juan and its surrounding towns, located on the northern coast, is the most populated area of Puerto Rico. (If Puerto Rico was a state, it would be more populous than 20 other U.S. states, as of 2020 population data.)

Puerto Rico is not a state or a country but an organized, unincorporated territory of the United States.

That means it has its own government—Puerto Ricans elect their own governor and members of their Senate and House of Representatives to make laws. But it also means that that not all of the U.S. Constitution automatically applies to Puerto Rico residents. (In 1950 Puerto Rico became a commonwealth, meaning it has its own constitution.) They can’t vote for the president of the United States, but they do vote for a representative called the Resident Commissioner. This person can’t vote on U.S. laws, but instead speaks on behalf of Puerto Rican interests, sponsor bills, and participates in congressional committees.

The Spanish name for the status of Puerto Rico, Estado Libre y Asociado (hes-TA-do LEE-bray ee ah-so-SEE-ah-do), meaning “free and associated state,” represents the relationship with the United States. However, Puerto Ricans have voted six times between 1967 and 2020 on what they want the status of Puerto Rico to be: a U.S. state, an independent nation, or a territory. In 2020 the majority of voters chose to become a state—but the final decision to grant statehood lies with the U. 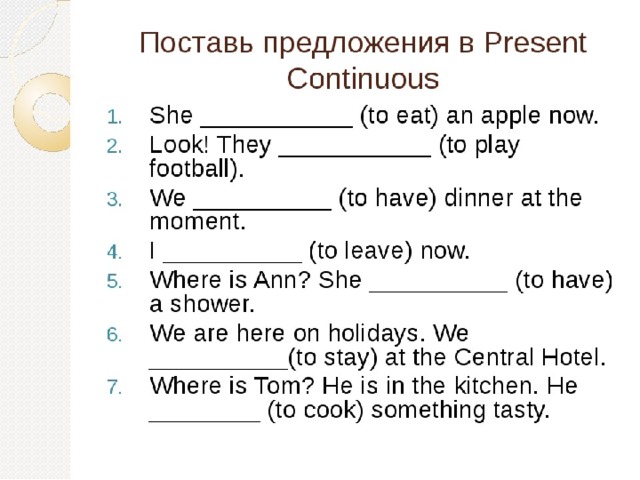 Photograph by AP Images, U.S. Dept. of the Treasury

• La Fortaleza, a fort in Old San Juan (the historic part of the capital), was built in the 1500s to protect the island from foreign invaders such as English and Dutch explorers. Today it’s a tourist attraction and includes a mansion where the governor lives. • San Juan is the oldest continuously inhabited city in a U.S. territory.

• More people of Puerto Rican origin (an estimated 5.6 million) live in the mainland United States than in Puerto Rico.

Programming OWEN PR is possible only with the help of programming kit PR-KP10 or PR-KP20. One kit can be used to program an unlimited number of devices in the line.

It is not possible to write a program to the instrument without the PR-CP.

Technical issueSuggestions/comments on the siteOther 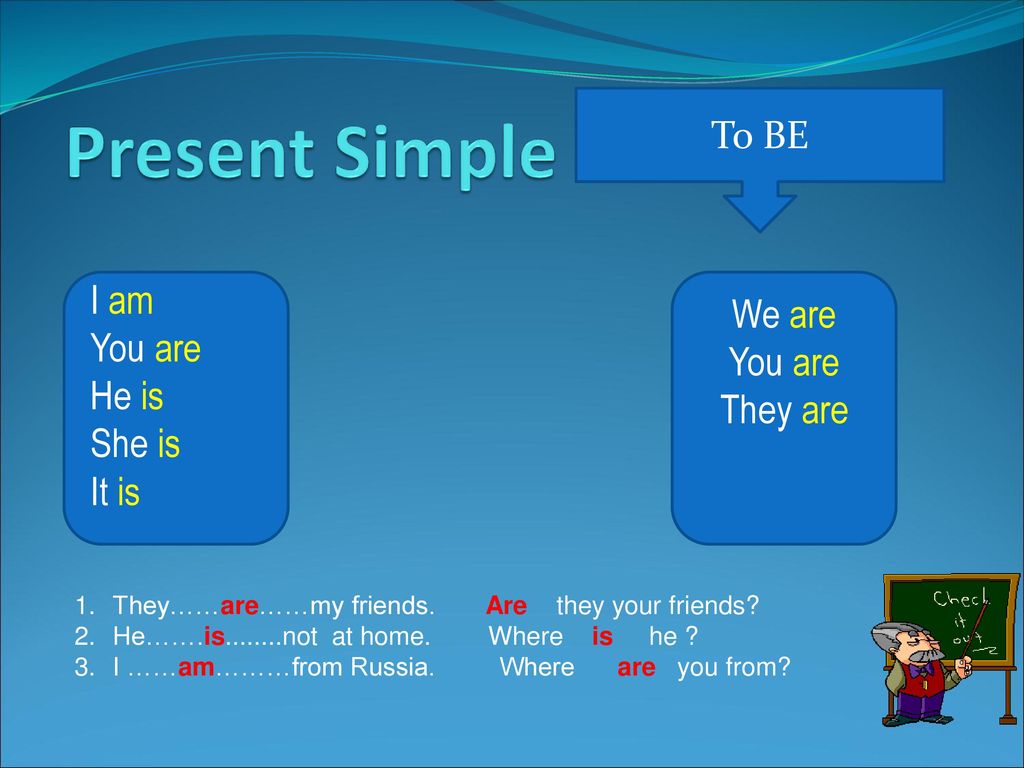 Distribution points PR -8501 are classified according to the rated current of the input device, electrical circuits, design (in a niche, wall, floor). In addition, the product designs provide for two types of cable entry (top or bottom).
7 — distribution of electricity using automatic
DC switches

3 — Serial number in this series

4 — Execution by type of installation:

5 — Distribution point scheme number according to table. 1 of the catalog

6 — Degree of protection of the sheath according to GOST 14254 When ordering, please complete the questionnaire below.

At the request of the customer, other switches with similar characteristics, both domestic and foreign, can be installed in the cabinets. Insulation of the wire of internal connections — not less than 600 V.

Cabinets PR-8503, PR-8703 are manufactured on the basis of a unified welded metal structure of a front maintenance cabinet. Inside the case, on the back wall, a metal panel is installed with a set of circuit breakers according to the diagram.

To ground the equipment, a galvanized steel plate or a grounding bracket is mounted in the cabinet. For grounding outside, on the left wall, there is a grounding boss. Grounding points
are marked.