The historic Teatro Yagüez in Mayagüez is an excellent venue to see a show.

“The Sultaness of the West” is the unofficial capital of Puerto Rico’s west coast.

Considered the “capital” of the west coast, Mayagüez is the third largest city in Puerto Rico and is known as La Sultana del Oeste (“The Sultaness of the West,”) Ciudad de las Aguas Puras (“City of Pure Waters”), and Ciudad del Mangó (“City of the Mango”).

Located in the geographical center of Puerto Rico’s west coast, Mayagüez lies between Aguada and Rincón to the north, Cabo Rojo and Hormigueros to the south, and Las Marías and Maricao to the east. The local terrain is quite diverse and includes coastal plains, marshlands, hills, and mountains, as well as two river valleys carved by the Río Yagüez and the Río Guanajibo.

Driving here from SJU airport takes about 2.5 hours and about 1 hour from Rafael Hernández Airport in Aguadilla.

One of Puerto Rico’s most elegant plazas is the tree-lined Plaza de Colón, an active hub where many cultural events take place. During Christmas, you’ll find lights and festivities, including live music, food, crafts, and activities that take place regularly during the weeks leading up to the holiday. When visiting during other times of the year, check out the fountain commemorating Christopher Columbus (Cristóbal Colón, in Spanish), as well as the Nuestra Señora de la Candelaria Cathedral.

For a day of incredible shopping visit the Mayagüez Mall, the third-largest shopping center in Puerto Rico with one million square feet of retail space. 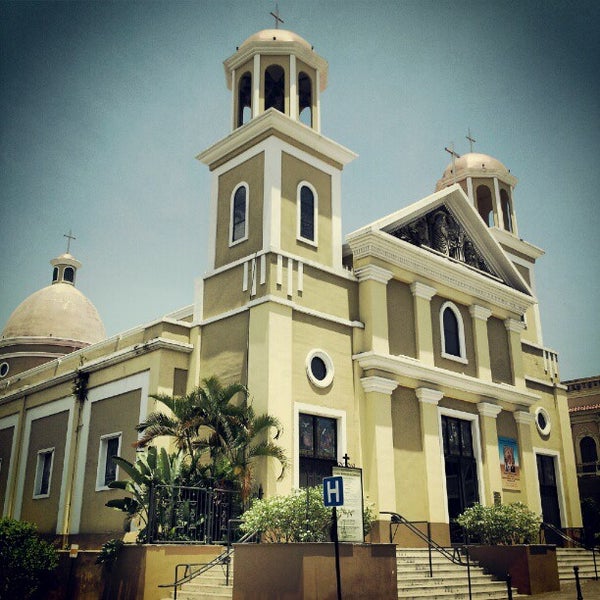 Many of the stores are similar to ones you’d find elsewhere in the states — such as Old Navy, Marshalls, and JC Penney — as well as a variety of dining options.

Mayagüez is also an excellent launching point to experience some of Puerto Rico’s best scuba diving locations, one of which is Isla de Mona, an uninhabited, 13,500-acre island about 45 miles off the coast (about a 6-hour boat ride). Here you’ll experience clear, blue waters, brightly colored coral reefs, abundant sea life, and visibility of up to 150 ft. This trip is recommended for experienced divers, and trips of two to three days are recommended. Permits are required to camp on the island and can be obtained through the Departmento de Recursos Naturales y Ambientales (DNRA) at 787-999-2200 or by visiting their offices in Mayagüez.

Imagine a trip to an uninhabited island where you can unplug from everyday life and connect to nature and yourself. On Mona Island, a small unoccupied nature reserve off the west coast of Puerto Rico, you can clear your mind with the rhythmic sounds of the gentle waves and breathe in the freshest air. Often referred to as the Galapagos of the Caribbean, this breathtaking island is surrounded by crystal-clear waters and soaring limestone cliffs.

Originally named «Our Lady of the Candelaria of Mayagüez»,
but dwindling tradition from the Indian name of its river, the
Yagüez River (the word means «clear waters»)
the city was eventually named just Mayagüez. 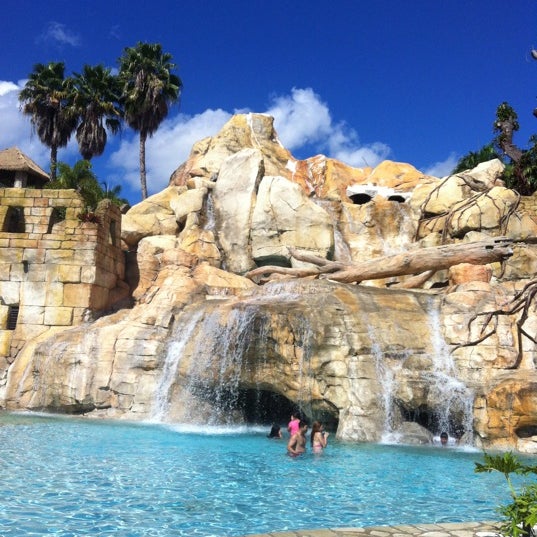 Mayagüez (pronounced Mah-yah-goo-ehz or Mah-yah-GWEHZ)
is a variation on this name, which means «Land of the Clear Waters».

Today, Mayagüez is the fifth-largest city and is considered one of the
most important cities in the island. The city itself is centered around the
impressive Spanish-style Plaza Colon, a tribute to Christopher Columbus,
whose stature stands in the middle of the square, surrounded by 16 bronze
statues.

University of Puerto Rico at Mayaguez

In addition, Mayagüez has become a major college town because with the
establishment of the UPRM, the Eugenio Maria de Hostos Law School and the
Pontiff Catholic University of Puerto Rico.

Among Mayagüez’s main attractions you will find the Yagüez Theater
and Mayagüez Post Office, which are considered historic landmark buildings,
both located on McKinley Street.

Mayagüez is home of the only Zoo in the island, Juan A. Rivero Zoo
(commonly known as Mayagüez Zoo), home of numerous birds, mammals and
reptiles (including Bengal tigers, and Andean condors among others). 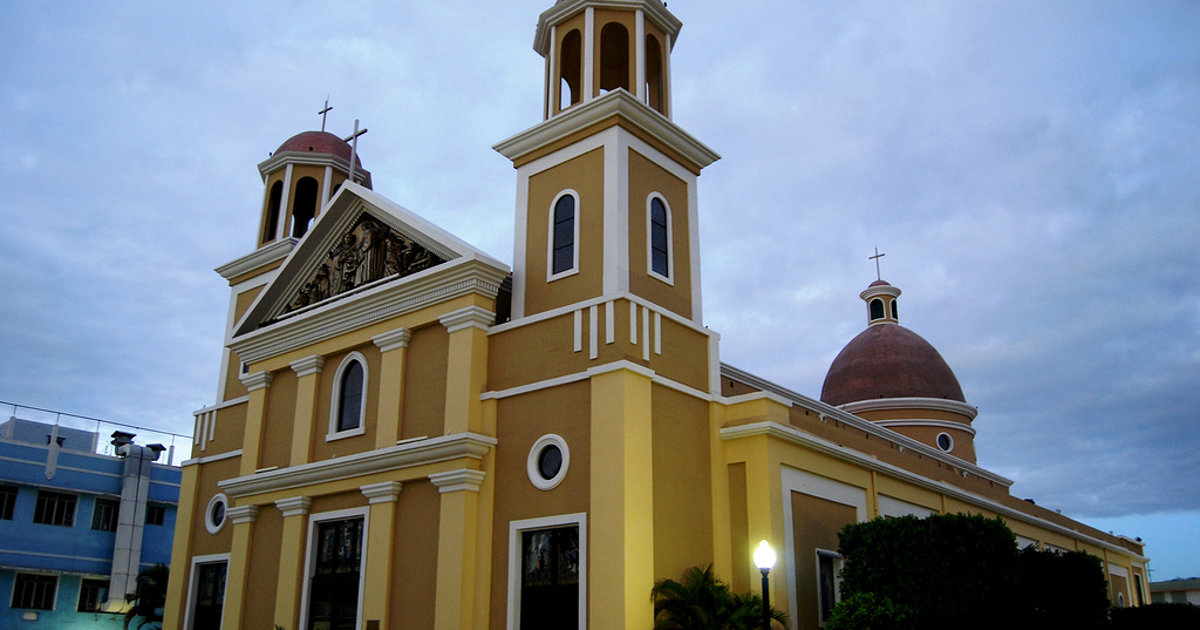 Cages and
open compounds stand in an attractively landscaped setting of small islands, a
lake, tropical vegetation and children’s playground. Open Wed-Sun
from 8:30am to 4:00pm. (787) 834-8110.

The Tropical Agricultural Research Station located at University of
Puerto Rico host many species of exotic plants and trees such as the
traveler’s tree, shower of orchids, ceylon cinnamon and pink torch ginger.
Self-guided tours are available. Open Mon-Fri 7:00am to 4:00pm. (787) 831-3435.

There are many well-known «mayagüezanos», among them:

Things to See and Do In Mayaguez

Want to know what to see and do in Mayaguez?
Discover few ideas for exploring and enjoying the city. 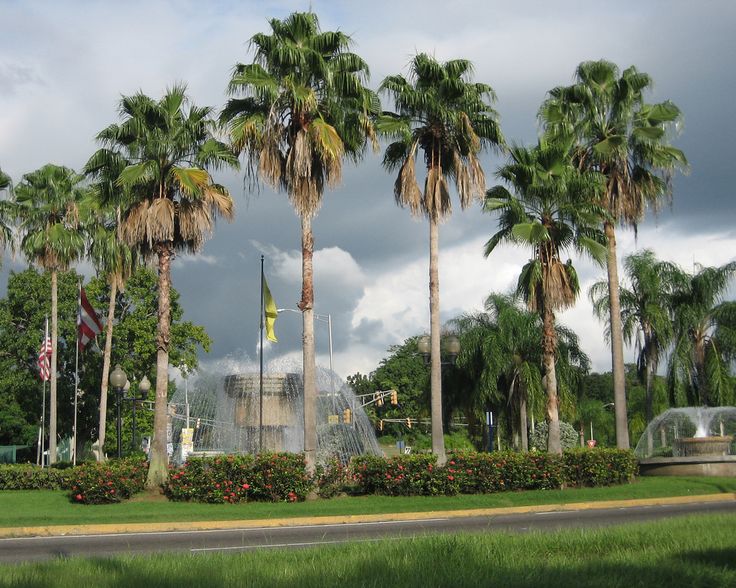 What to Do and See? 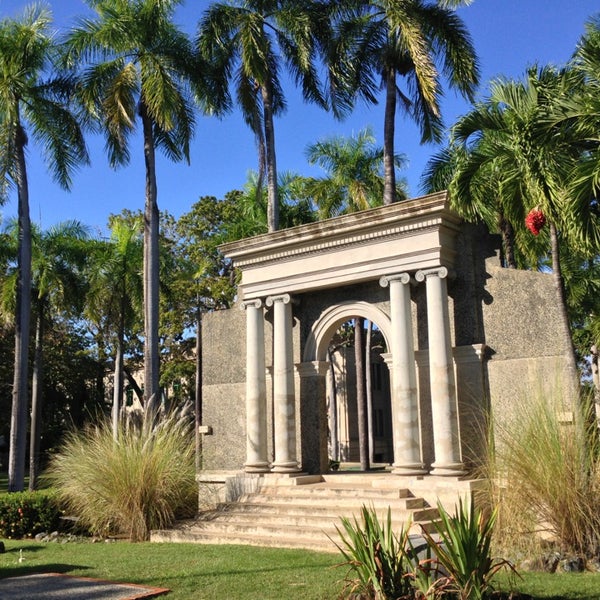 More than 45,000 cities, including Mayagueez, based on public statistics and more than 30,000 traveler ratings worldwide.

Mayagüez
( Mayagueez )
—
the seventh largest city in Puerto Rico in the administrative region of Mayaguez.
The urban population is more than 78 thousand people.