It all began on January 27, 1958. With fifty dollars in the cash register, Del and Helen Johnson opened “Sizzler Family Steak House” in Culver City, California.

Dwight D. Eisenhower was in his second term as the 34th President of the United States. A 14-year-old Bobby Fischer took the United States Chess Championship. “Gigi” won the Academy Award for Best Picture. The American girl group The Shirelles began.

And finally, everyone could enjoy a great steak dinner at an affordable price. ($0.99 back then).

Hello Appetite We’ve Been Expecting You

From U.S.D.A Choice steaks cut fresh in-house daily to the new ‘Craft Salad Bar’ with over 50 fresh ingredients, Sizzler is the place where you, family and friends can enjoy a great meal at an affordable price. Enjoy our Craft Salad Bar, world famous cheese toast or freshly-baked rolls until your meal is delivered to your table.

Sizzler is open daily and serves lunch and dinner (Sunday brunch in some locations). Our menu includes U.S.D.A choice tri tip and rib eye steaks, cut fresh in-house daily and cooked over an open flame, seafood, including fresh-cut Salmon, fresh ground beef burgers, ribs and chicken, all complimented by our famous Craft Salad Bar. The Sizzler Craft Salad Bar includes incredible fresh items to build your own custom salad, in addition to freshly prepared Sizzler signature & seasonal salads, soups made from scratch daily and hot appetizers. Compliment your meal with your choice of a variety of beverages including wines and beer.

AT SIZZLER, WE’RE ALL ABOUT COMMUNITY. WE HAVE A RANGE OF LOCAL STORE MARKETING PROGRAMS TO BENEFIT THE RESIDENTS WHO SUPPORT US.

Sizzler would like to take the opportunity to give back to an organization that we have had the privilege of partnering with since 2011, No Kid Hungry. We continue to donate to the foundation to support their mission to provide every child in the United States access to healthy food.

If you would like to know more about their organization or find ways to join Sizzler and help support, please visit www.nokidhungry.org

We offer a fundraising program where our restaurant team partners with local organizations to raise money for their cause. These events are easy to plan and we will even provide you with a specifically designed flyer for you to use to promote your fundraising event. Use these flyers to invite friends and family to dine at Sizzler and join the fundraising fun! A portion of sales generated during your fundraiser will go back directly to your organization.
Contact your local restaurant for more information

We believe in supporting our local schools. Our Student of the Month Programs are a great way for teachers to recognize a student each month with a reward of a kid’s meal on us. Contact your local restaurant for more information

Find A Sizzler Near You

Enter your city or Zip

Sizzler is a restaurant that was founded in 1958. 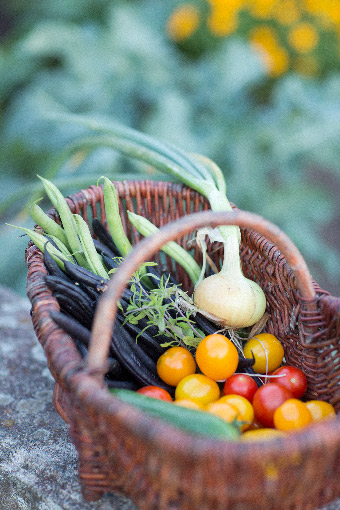 The restaurant’s first location was opened in Culver City, California. Sizzler has approximately 270 restaurants across the United States with the majority of these restaurants located in the west. Their menu is comprised of mainly steak, seafood, and salad items.

The restaurant remains open on the majority of holidays such as Thanksgiving, New Years, Memorial Day, and a few others. There are also a variety of offers that customers can benefit from at Sizzler such as purchasing Sizzler gift cards, a senior citizen discount for guests 60 years and older, free birthday coupons, and many more.

Sizzler welcomes all customers into their restaurants with a warm atmosphere and ensures every customer enjoys the service they provide. The restaurant also plays a significant role in the community where they host different fundraising programs, the No Kid Hungry program, and a number of other student programs.

Below is a list of the latest Sizzler Menu Prices. 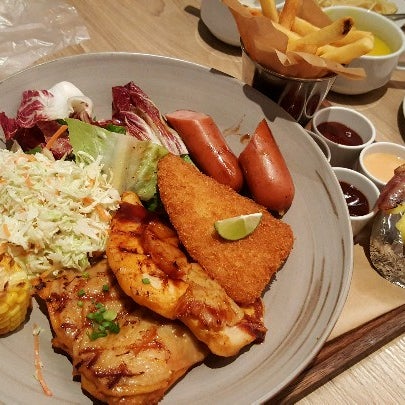 To learn more about Sizzler, check out their website. 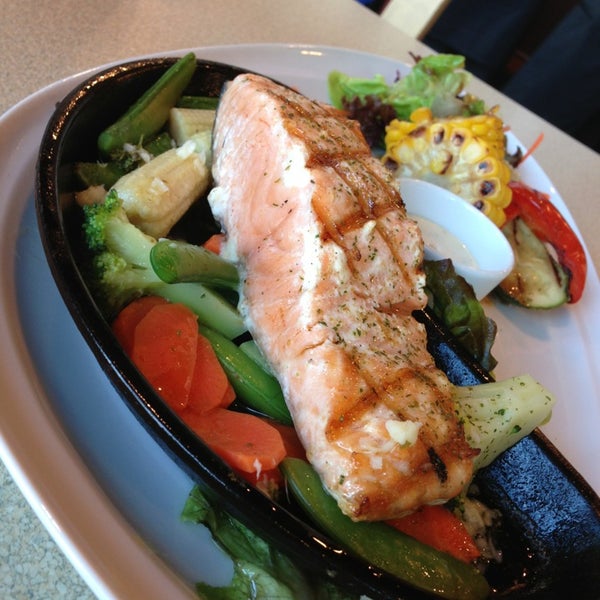 The impressive action-disaster «Fire» from the creators of «Move Up» will not only show the heroic struggle of ordinary brave men with forest fires, but also give the audience a charge of humanity.

In the center of the plot is a team of unusual firefighters. They do not look quite like the usual firefighters: their equipment is much lighter and thinner. Their task is to localize and extinguish forest fires. It is almost impossible to get to the burning masses by land, so the guys go down to the epicenter of the disaster by parachute. Summer turned out to be extremely hot, huge areas of forest are blazing, comparable in size to the territories of some European countries. The fire is getting closer and closer to the settlements. At some point, absolutely defenseless people, among whom there are children, are surrounded by fire. 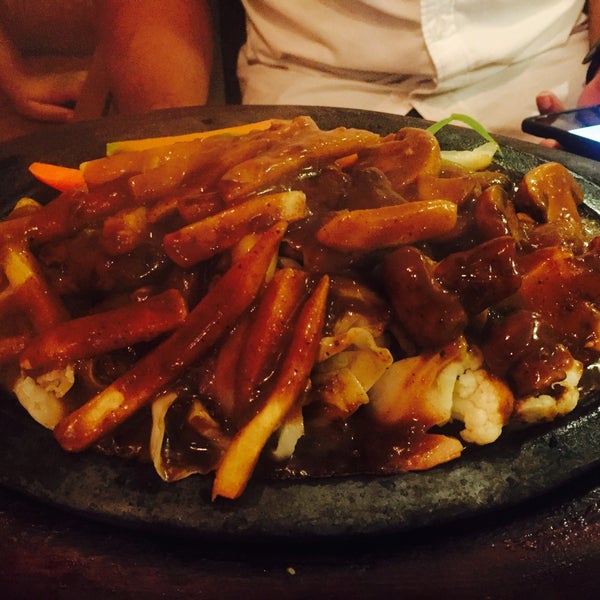 And of course, this whole heroic epic cannot do without a love line, weighed down by very difficult circumstances…

The tape was filmed in 2019 in several regions at once. So, real forest fires in the Krasnoyarsk Territory got into the frame. Separate scenes were filmed in Karelia, near the historical village of Kinerma, which, it should be noted, made a lot of noise. Local residents, carefully protecting their native settlement, which really resembles an open-air museum, were very afraid that the fire from the scenery would spread to real houses, and protested very actively.

Nevertheless, the shooting was carried out under the close supervision of the Ministry of Emergency Situations. Real rescuers and employees of Avialesokhrana advised the film crew. The fires in the frame look very realistic, but where the fire was staged, not a single tree was damaged. 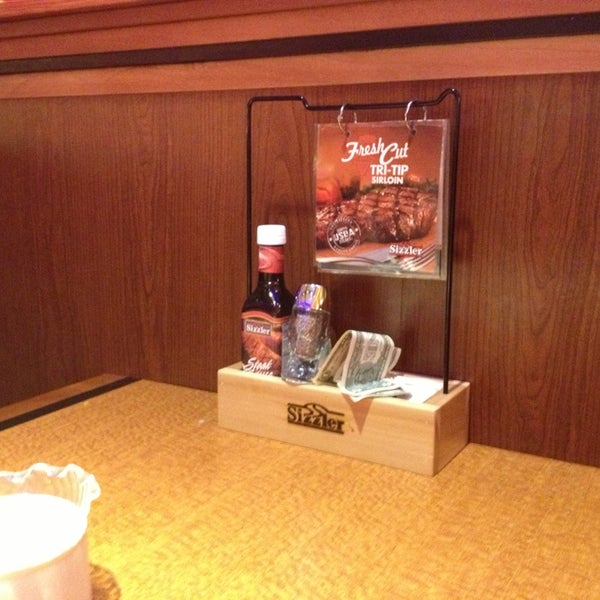 For filming, they bought already sawn wood, and then set it on fire. The team of pyrotechnicians did their best: there are not so many computer graphics in the film. It is curious, but after a while berries and mushrooms grew in the fake forest.

The director of the tape was Alexei Nuzhny, who shot the comedy «I’m losing weight» . He gave the actors a lot of space for fantasy and improvisation, and the actors performed many dangerous stunts on their own. “For me, it was important that their eyes reflect real, not computer-generated flames,” the director explains.

One of the key male roles is in Konstantin Khabensky. Here he does not look like himself because of his mustache, but this image was his personal initiative. At first, this even scared the director, but later Nuzhny admitted that the actor hit the nail on the head with this proposal. 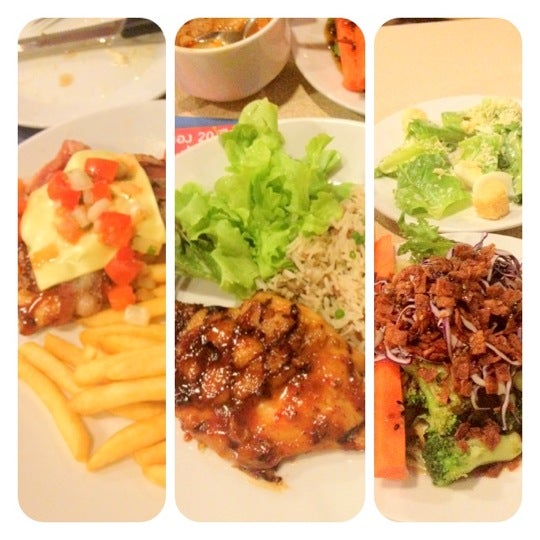 The director wrote about almost each of them personally and in colors on his personal Instagram.

The script of the film seems to be very relevant. Forests in Russia are burning, burning and, unfortunately, will burn. At the same time, people know very little about extinguishing just such fires, as well as about the prevention of such fires and, of course, about how to behave when they are close to the raging elements. Maybe in reality everything is a little less pathetic and beautiful, but it is quite possible to get an idea of ​​the hard work of paratrooper firefighters, who have at their disposal not a tank truck with sleeves, but a bayonet shovel and a knapsack fire extinguisher.

And this is not just an action blockbuster about people of heroic professions, there are also some very human stories, as well as quite a lot of humor. “It was a challenge for me in many ways. And I am very grateful to the producers for their trust and support. It seems to me that today, especially in the post-pandemic period, previously unseen visual techniques, authenticity and humanity are important for the Russian audience. All this is filled with «Fire».

Watch the disaster film «Fire» in the cinemas of the country from December 24th.

For fans of high-quality guitar music

September 11 at 16:00 at Universum Hall (Akademika Glushkov Ave., 1 VDNKh, pavilion 6) there will be a show that has never been seen in Ukraine before. The brightest Ukrainian guitarists and their star friends from the USA will gather on the same stage and not only on the stage. 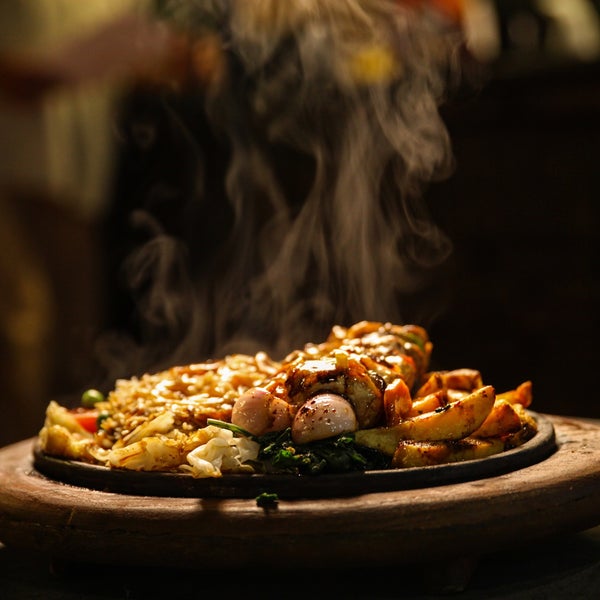 In the program of the event:

• visit to the guitar museum together with the stars;

• jam sessions at different locations of the center.

Sergo Chanturia is a cult guitar virtuoso, a student of the famous jazz sensei Vladimir Molotkov, who performed on the same stage with the giants of the world rock culture, now he is a legislator and a full ruler in the world of instrumental music. Member of the legendary supergroups Visit and Surer R.

Tom DuBois — American guitarist, member of Six Foot South, DisJointed. Tom studied guitar at one of the best music schools in the world, the Musicians Institute in Los Angeles, among his teachers were Scott Henderson and Paul Gilbert, and later Tom himself was included in the teaching staff. Holding a high position in the largest retail company in the market of musical instruments «Guitar Center» and being an expert in the guitar business, Tom helps to promote the Universum Guitars brand in the United States. 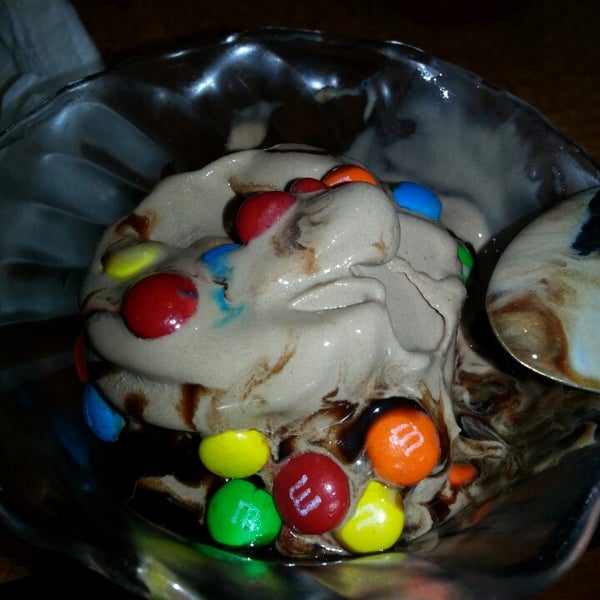 Roman Martin — guitarist from Hollywood played on the same stage with Steve Vai, Nuno Bettencourt, Steve Morse, Zakk Wylde, Dweezil Zappa, Dug Pinnik (King’s X) and other masters of the American rock scene. In the past, a member of the famous California bands Voice of Dissent, Heavy Justice, Six Foot South. Roman is currently producing his project Cadabra and is preparing to release a new solo album with instrumentals (you can hear some of them at the concert on September 11th).

Yuri Khizhnyak — composer, innovator and one of the best guitarists in Kyiv. Widely known both in Ukraine and in Europe. Yuri’s performance will take place as part of the Flip Side project, his brainchild, and will be a fusion of alternative rock and a truly sizzling guitar performance.

Here is what Sergo Chanturia says about this: “We haven’t held interesting guitar parties for a long time. I hope you remember my guitar shows with the invitation of famous guitarists, where the homely atmosphere was combined with pathos and solidity.