The History-Making Engagement of Hamilton in Puerto Rico

The production of HAMILTON in Puerto Rico (Jan 11-27, 2019) raised funds for the restoration of arts and cultural programs in the aftermath of hurricanes Irma and María. The funds — a combination of box office revenue, humanitarian grants, sponsorships, and other donations — will be distributed by the Flamboyán Arts Fund created by Lin-Manuel and the Miranda Family in partnership with the Flamboyán Foundation.

Even though the curtain has closed on the production at the Luis A. Ferré Performing Arts Center, the show left a longstanding impact on the island that goes beyond the proceeds of the play, empowering and benefiting dozens of local artists and institutions for the future, while also spotlighting the island as a world-class tourism destination and sharing the story of the island’s recovery post the hurricanes.

The production joined forces with Puerto Rico Tourism Company (PRTC) and the island’s Destination Marketing Organization, Discover Puerto Rico, to provide travelers with “The Hamilton Experience,” travel packages curated around HAMILTON (the show) and different themes. Nearly 2,000 tickets were allocated to four travel operators endorsed by PRTC, offering 3 to 4 nights stay packages for visitors to the island to venture out and enjoy an itinerary of local experiences, and then catch a performance of HAMILTON in San Juan starring Lin-Manuel. 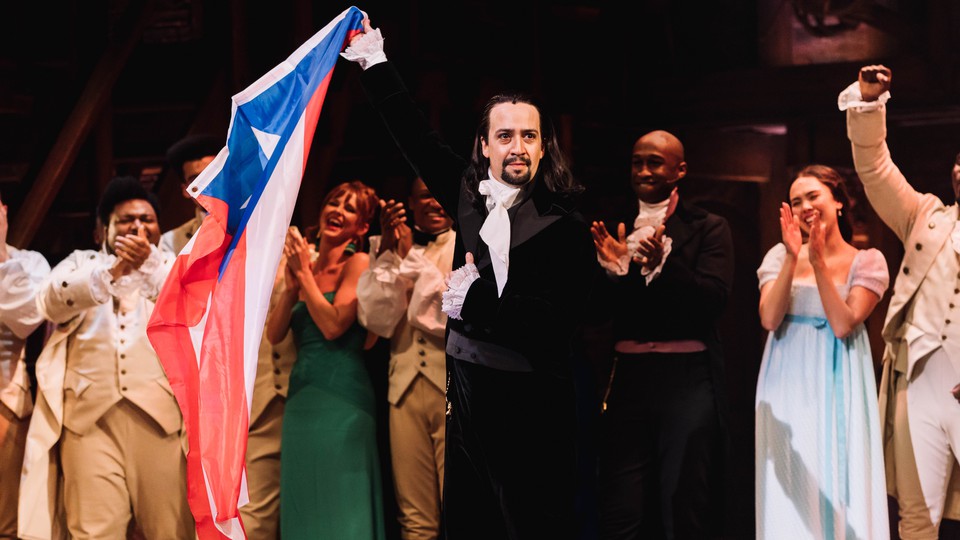 Rutrex, Vámonos Tours, Rico Sun Tours, and Castillo Tours curated diverse itineraries to highlight culture, gastronomy, adventure, and art. This was the first time that a coalition of public and private partners across multiple industries joined forces to create a comprehensive tourism and economic development initiative built around an iconic cultural event in Puerto Rico. The initiative was a success with all packages sold out by the time that the show began its 24-performance run on the island.

“The idea was to ensure that tourists coming into Puerto Rico to enjoy HAMILTON, did not come only to see the show, and leave without truly experiencing the island. These tour packages included tickets to a performance but also a unique itinerary of experiences so that world travelers and regional tourists could flavor some of the great attractions and experiences that only Puerto Rico can offer,” said Luis A. Miranda Jr., Lin-Manuel’s dad and one of the creators of this initiative. 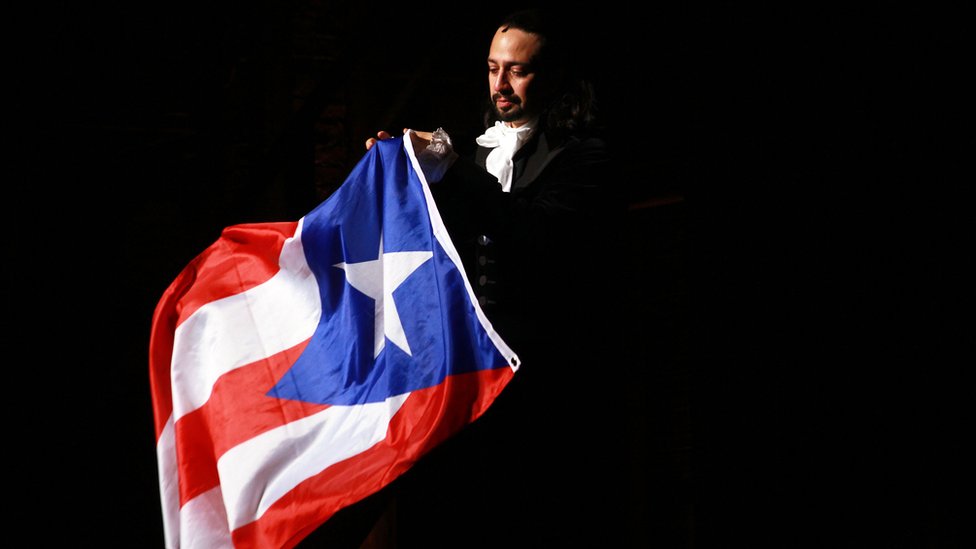 All proceeds from the HAMILTON Tours went to Puerto Rico’s tourism industry, institutions, vendors, and operators, as they continue to recover and rebuild from the impact of hurricanes Irma and María.

The Tonight Show, from San Juan!

While HAMILTON was packing the Luis A. Ferré Performing Arts Center in San Juan, Jimmy Fallon and the crew of «The Tonight Show,» one of the most watched late-night talk shows in the world, arrived in Puerto Rico for a special edition that celebrated the island’s arts, culture, and tourism sites, along with its recovery since Hurricane María. For a few days, Fallon hung out with locals, visited some of the area’s landmarks, and interviewed noted personalities. The episode aired on January 19th, 2019, to much acclaim. 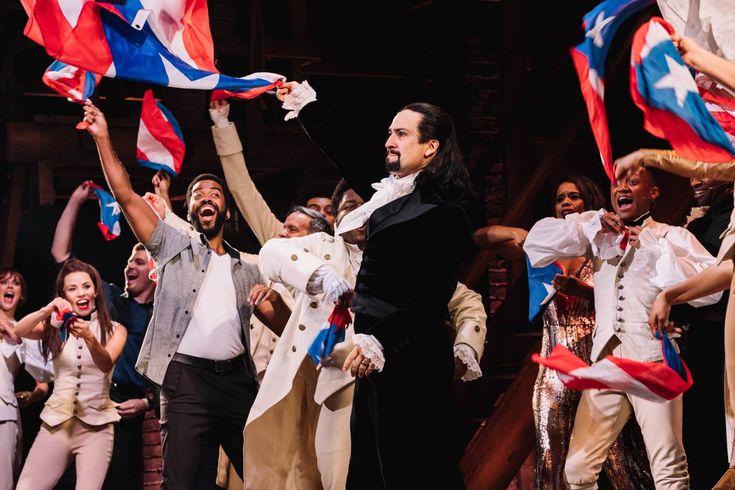 HAMILTON in Puerto Rico also helped to show that Puerto Rico is an ideal destination for conventions, summits, and other special events.

While the show was on stage at the Luis A. Ferré Performing Arts Center, the Latino Victory Fund’s Annual Convention was held in Puerto Rico for the first time. Dozens of leaders from across the United States attended the event intended to discuss Hispanic affairs, policy, empowerment, and representation in government. The summit also brought the largest delegation of sitting lawmakers to ever jointly visit a U.S. territory, with over 30 representatives.

Everything We Know So Far About Lin-Manuel Miranda’s Hamilton in Puerto Rico
Donald Webber Jr. will star as Aaron Burr opposite Miranda as Hamilton.

Every day seems to bring with it more news about the hugely anticipated run of Hamilton in Puerto Rico January 11–27, 2019, at the Centro de Bellas Artes Luis A. 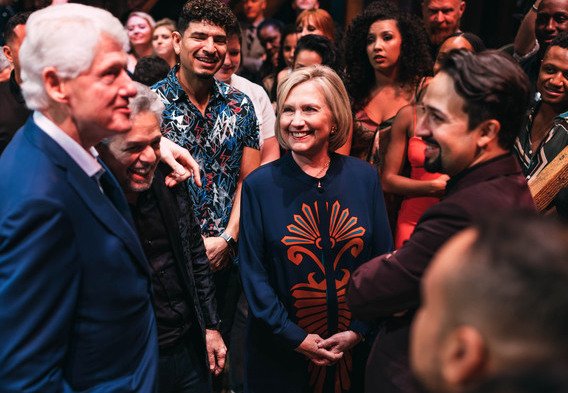 Ferrè theatre. The record-smashing Pulitzer Prize- and Tony Award-winning musical about founding father Alexander Hamilton and the conception of America with books, music, and lyrics by Tony Award winner Lin Manuel-Miranda, will play a three-week run in Puerto Rico. While we’re sure to get more information soon, here’s everything we know so far. (For performance and theatre logistics, click here.)

The Theatre/San Juan:
Centro de Bellas Artes Luis A. Ferrè theatre, opened in 1981, is named after the later Puerto Rican politician and philanthropist. Hamilton announced December 21 that ity would be performing here, instead of the previously announced Teatro UPR, which underwent recent renovations due to the devastation of Hurricane Maria in the fall of 2017. Miranda brought his Tony-winning musical In the Heights to Bellas Artes in San Juan in 2010, where he reprised his starring role as Usnavi for its weeklong run.

Cast
The cast will include Donald Webber Jr. 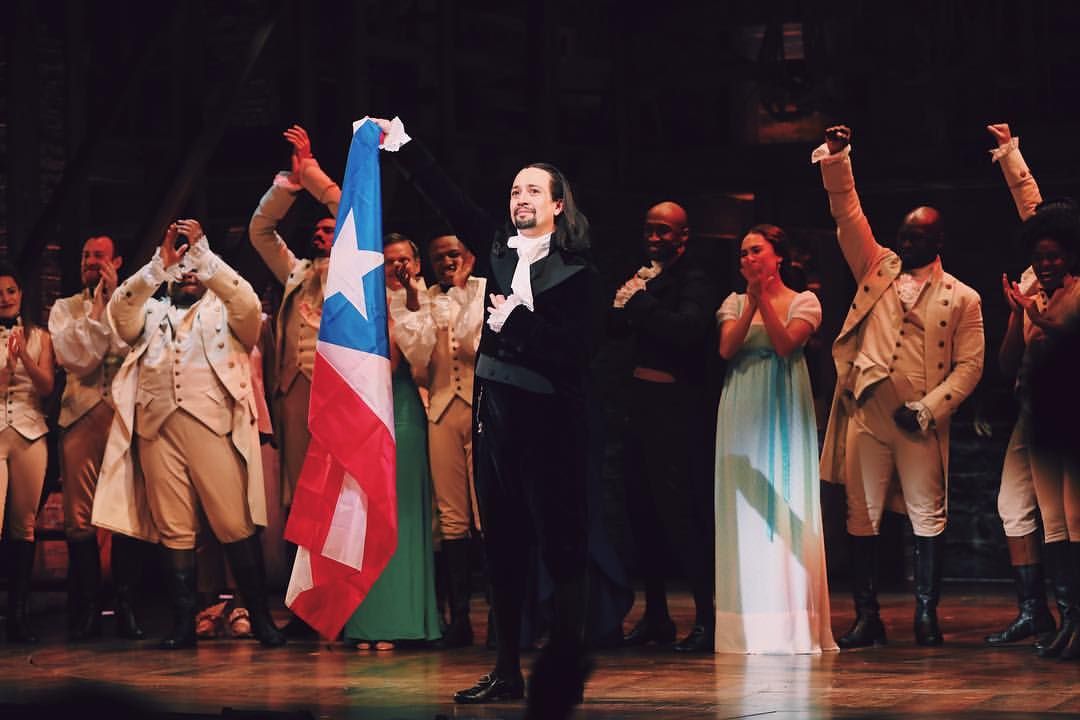 Tickets
Ticketpop is the official vendor for tickets for the Puerto Rico-based performance. Tickets went on sale November 10, and you can sign up for email updates here.

You can also score VIP tickets through Miranda’s Flamboyan Arts Fund, a nonprofit founded by Miranda, his family, and producer Jeffrey Seller in partnership with the Flamboyan Foundation. Its mission is to strengthen arts and education in Puerto Rico, notably following the devastation of Hurricane Maria. VIP tickets are won via a lottery system for $10 per entry which began October 1, and include travel accommodation, lodging, and two tickets to opening night and after party with the cast. 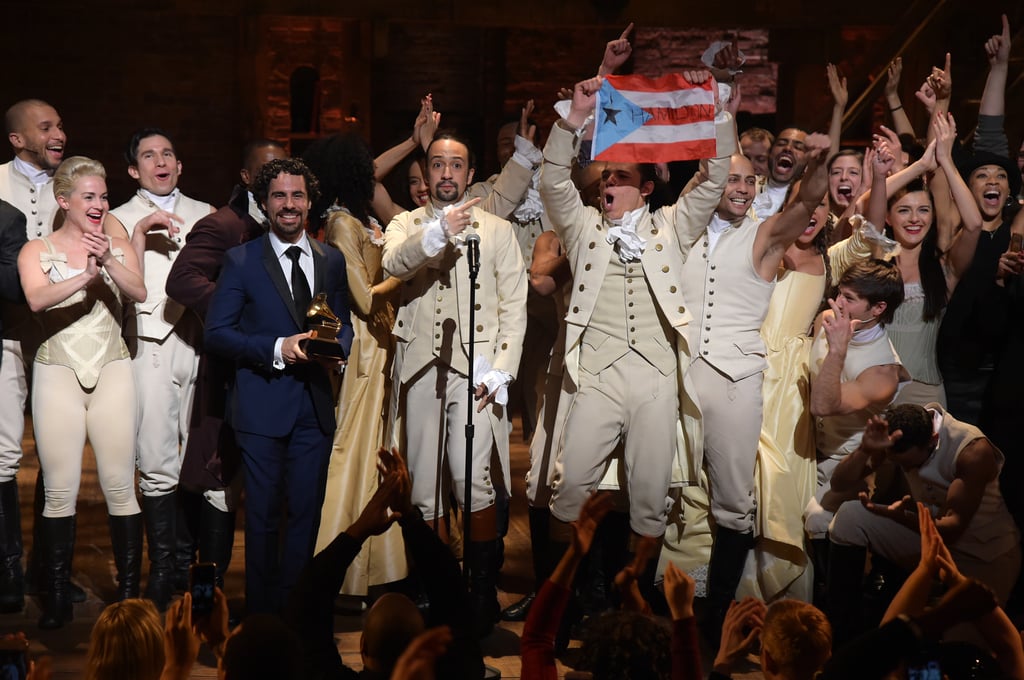 You can find more information here.

All profits from the Puerto Rico run of Hamilton will be donated to the Fund, and 10,000 tickets will be available via digital lottery for $10 per ticket as part of the #Ham4Ham initiative. Leftover tickets for two Wednesday matinees will be sold for $10 through the digital lottery.

Puerto Rican residents have the opportunity to purchase $10 tickets to the performance. Over 200 tickets will be sold to residents via lottery for all other performances.

NOTE: there will be many tickets available through third party sellers, but be aware of purchasing fraudulent tickets.

This page will be updated with more information as it is released.

The health and safety of our guests is our top priority: COVID-19 updates and what to expect at our hotel. 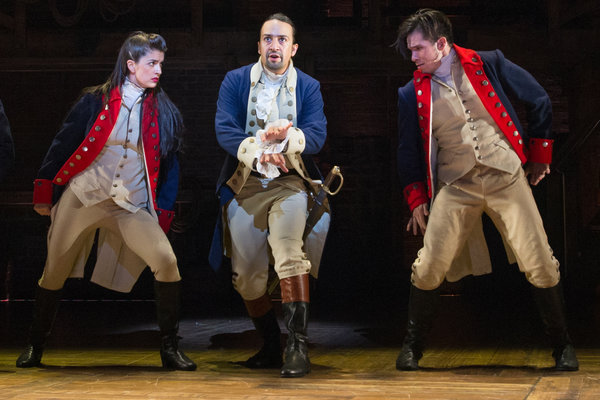 Sheraton Hamilton is a contemporary hotel located in the heart of Hamilton, Ontario. This elegant hotel features a fitness centre, free Wi-Fi, restaurants and over 1,800 sq. m. 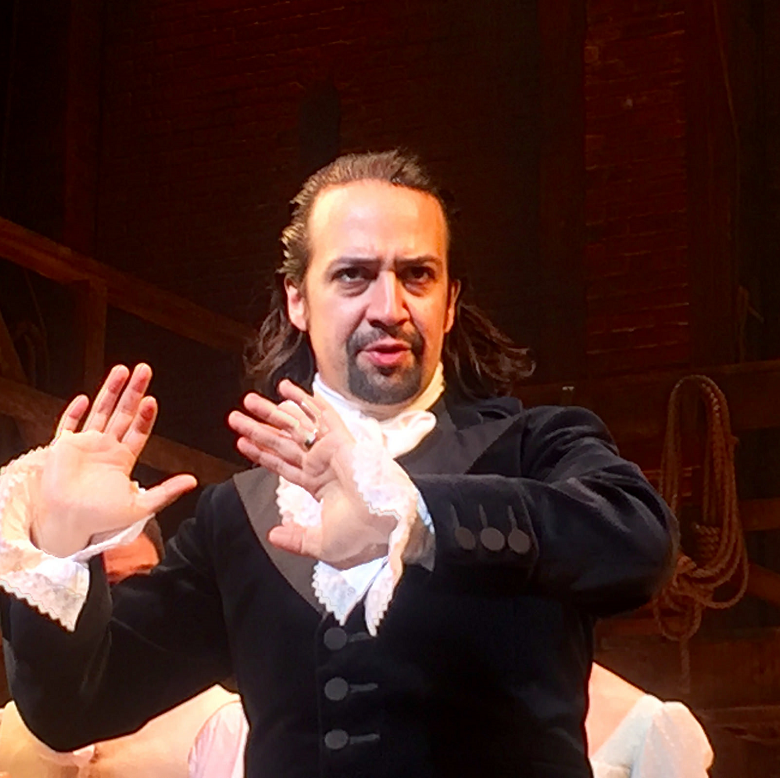 Hours: 24 Hours, 7 days a week
Fitness & travel go hand in hand, that is why we offer our guests a state of the art fitness center 1 km from the hotel 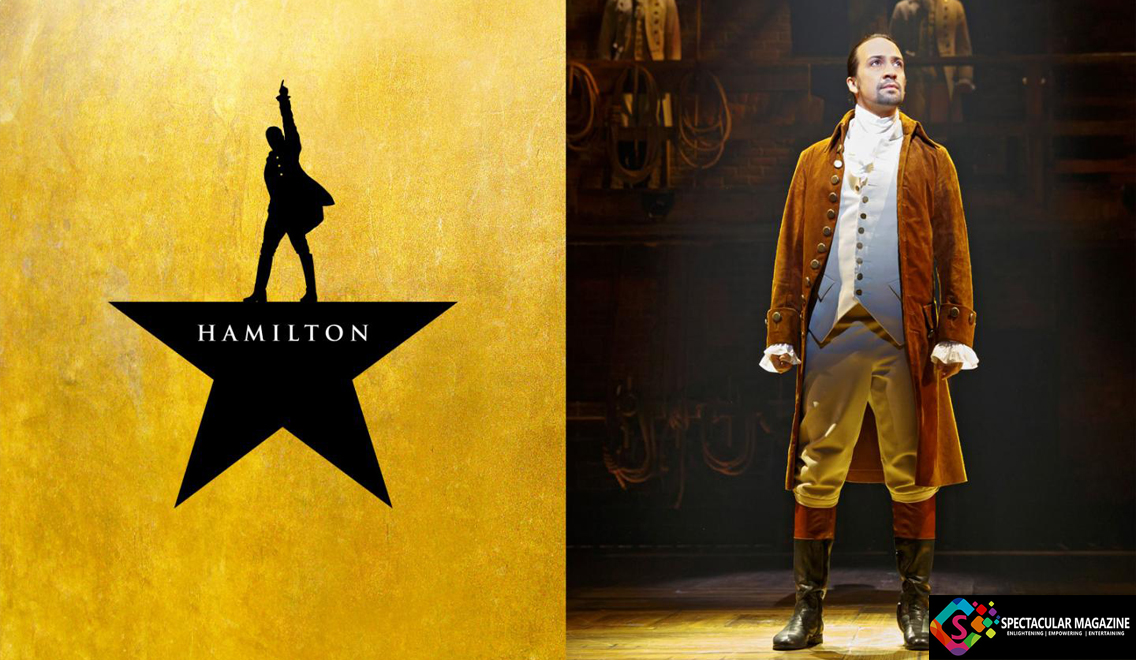 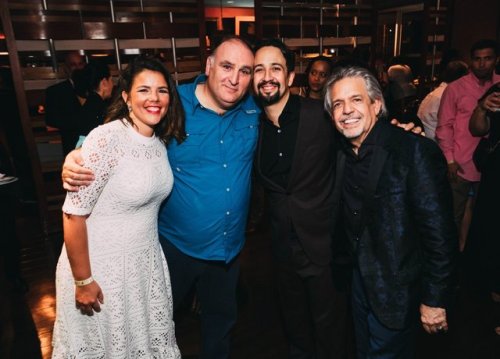 For more information on prices and availability, please send your requirements to our event planners.

We will provide you with a personalized free link to the booking page where your guests can make their own reservations.

If you have a guest list, we can book for everyone. 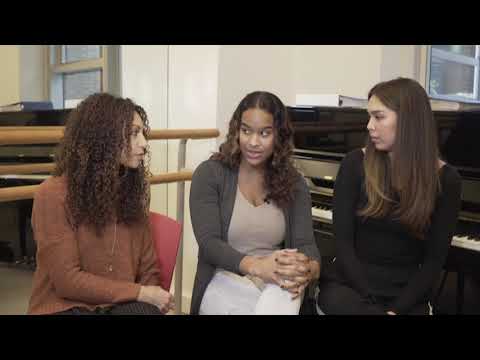 We can send you a report on which of your guests have booked a room and when they plan to arrive.

Guests can check-in before arrival, receive room availability alerts and check-out without going to the front desk.

View vacancies Open in another tab 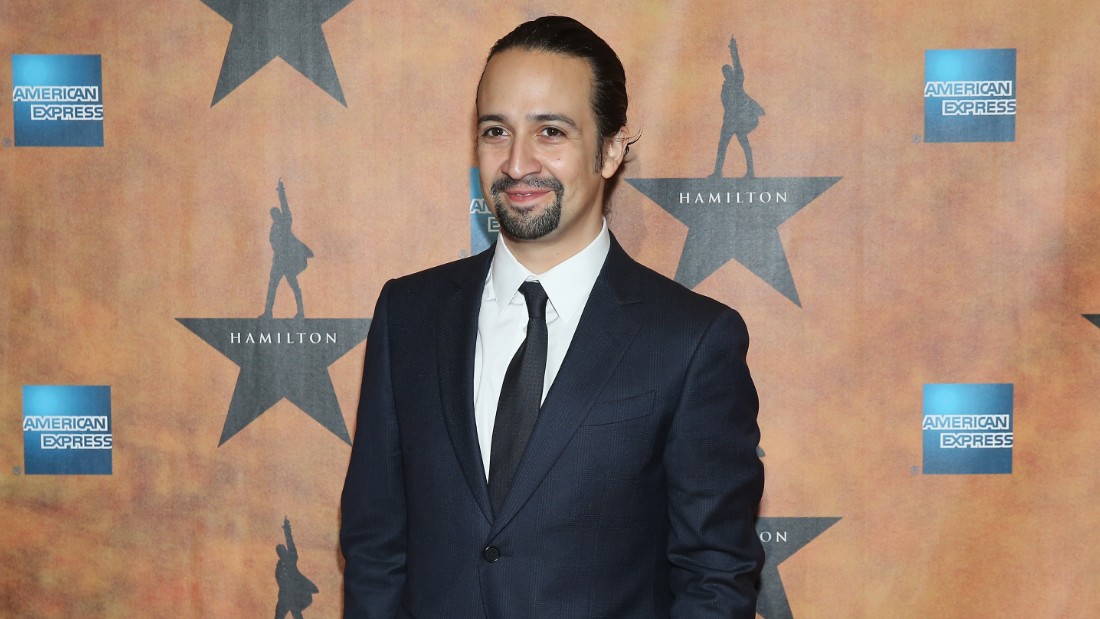