San juan puerto rico bayamon: Things to Do in Bayamón

Bayamón is known as «El Pueblo del Chicharrón»
(fried pig skin city), considered the best in Puerto Rico.
Chicharrón is made with different seasoned cuts of pork (also made with chicken) and deep fried.
The town was established in May 22, 1772 by Juan Ramírez de Arrellano.

Bayamón derives its name from a local Indian chief Bahamon.
However, others claim that the name came from the Taíno word
Bayamóngo, which is the name of one of the rivers
that cross the city.

Bayamón is part of the metropolitan area of San Juan and is
the island’s second most populous city. Bayamón is considered to be the most progressive city of
the island.

There are many places to visit in Bayamón, including the
Luis A. Ferré Science Park (Parque de las Ciencias) located
on Route 167, this 42-acre science-themed park features museums, numerous playgrounds, a zoo, and an observation deck. It is
the only place, outside of the United States, where you can find an exhibition of NASA rockets and rockets parts.
Open Wednesday through Friday, from 9am to 4pm; Saturdays, Sundays and holidays, from 10am to 6pm. Box office closes 1-1/2
hours before park closing time; (787) 740-6868, (787) 740-6878 and (787) 740-6871.

Another place is worth visiting is the City Hall, this building crosses over five lanes of highway.
While walking through a connecting corridor, right above the road, pedestrians can see passing cars underneath.
Built in 1978 of concrete, glass, and lemon-yellow steel I-beams is the only suspended building of its kind in the
Caribbean and is believed to be the only one of its class around the world. 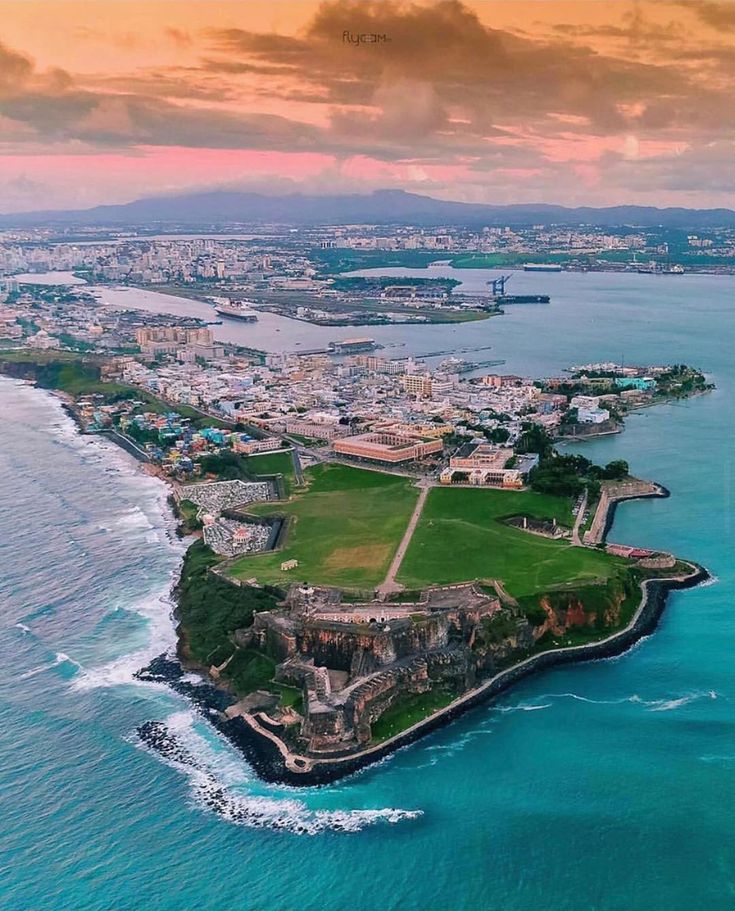 Bayamón Central University was founded in 1970, and the town has a
regional college of the University of Puerto Rico.

The city lies in a fertile
valley in which sugar, tobacco, grapefruit, vegetables, and coffee are
raised. The first hydraulic sugar mill on the island was built in
Bayamón about 1548, and sugar has continued to be a valuable
commodity. Sugar mills are among Bayamón’s chief industrial
establishments; others are iron foundries, brick yards, ice plants,
dairies, and an oil refinery. Manufactures have included auto parts,
machinery, precision tools, watches and clocks, canned foods, tin
cans, tobacco products, clothing, and zippers. 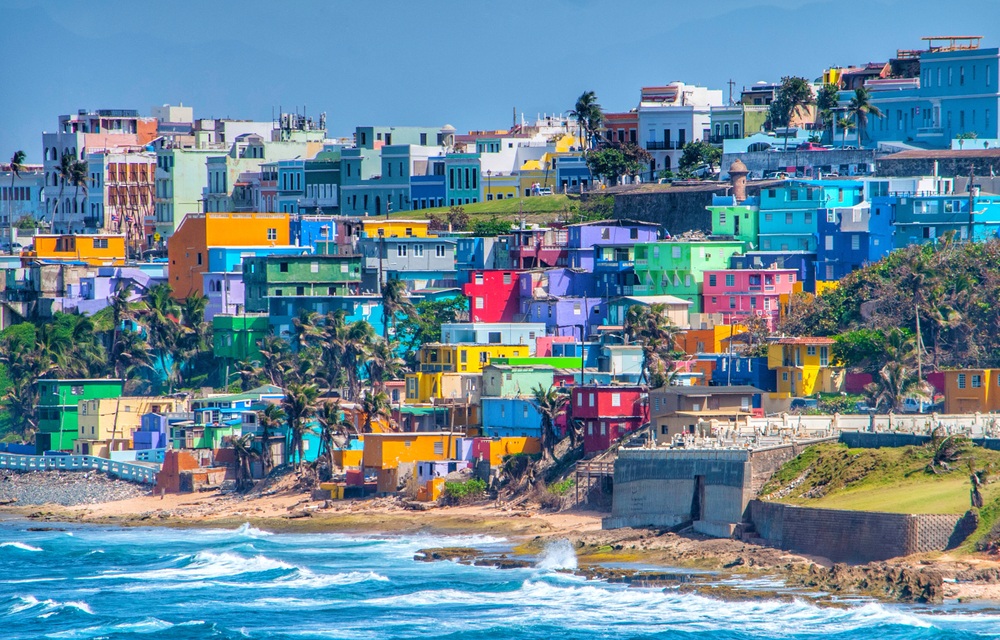 Merchandise is transported
by truck to the Port of San Juan.

Bayamón territory is mostly flat because the city it is located on
the Northern Coastal Valley, north of Aguas Buenas and
Comerío;
south of Toa Baja and
Cataño; west of
Guaynabo; and east of
Toa Alta
and Naranjito.

Bayamon is made up of 12 barrios (wards/districts):

There are many well-known «bayamoneses», among them: 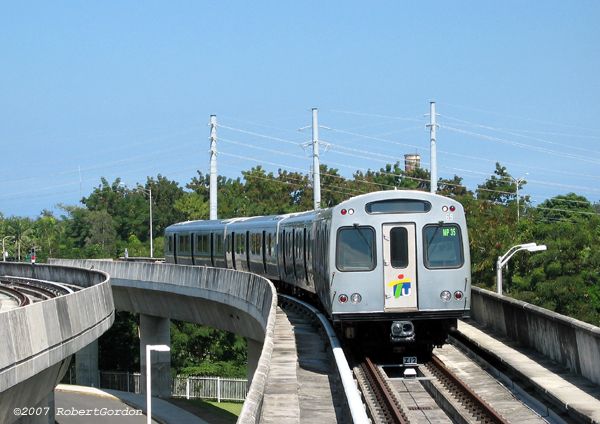 Located on the outskirts of Bayamon, Hyatt Place Bayamon features an outdoor pool, fitness center and restaurant.
Hotel was very clean, helpful staff and maintenance staff went above and beyond (John).

Featuring garden views, Casa Clara Vista has accommodations with a garden and a patio. It is about 5 km from Rio Hondo Square. 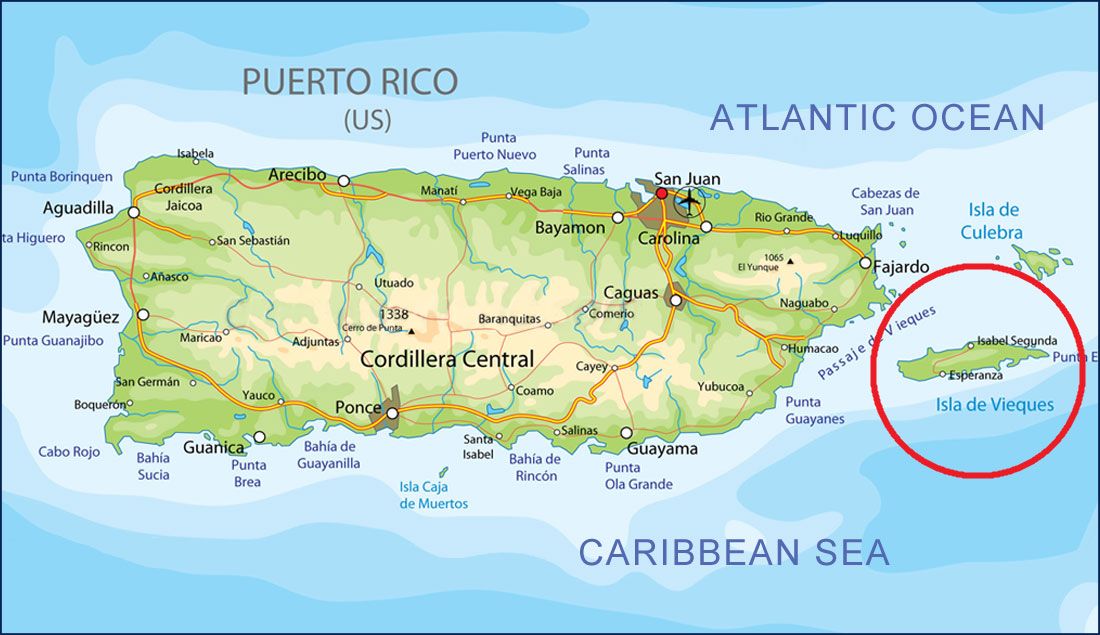 It offers a garden and free private parking.

Set in Bayamon, 14 km from Museum of Art of Puerto Rico and 20 km from Fort San Felipe del Morro, Casa Del Sol-Unit A offers accommodation with free WiFi, air conditioning and a terrace.

Casa del Sol -Unit B is located in Bayamon, 20 km from Fort San Felipe del Morro, 8.5 km from Fort Buchannan, and 11 km from El Canuelo.
Great location, just a few minutes drive away from local bars and restaurants. The unit was very clean and well maintained.

Very comfortable accomodation. Felt like home away from home!

Offering garden views, LucasPR-Apartment 2-B is an accommodation situated in Bayamon, 19 km from Fort San Felipe del Morro and 8.1 km from El Canuelo.

Situated in Guaynabo, 14 km from San Juan, Casa Sofia provides a shared lounge and free WiFi. The windows overlook the garden.
Faby is a great host. The place was spacious, very clean and had great hot water for showers and air-conditioning for sleeping. 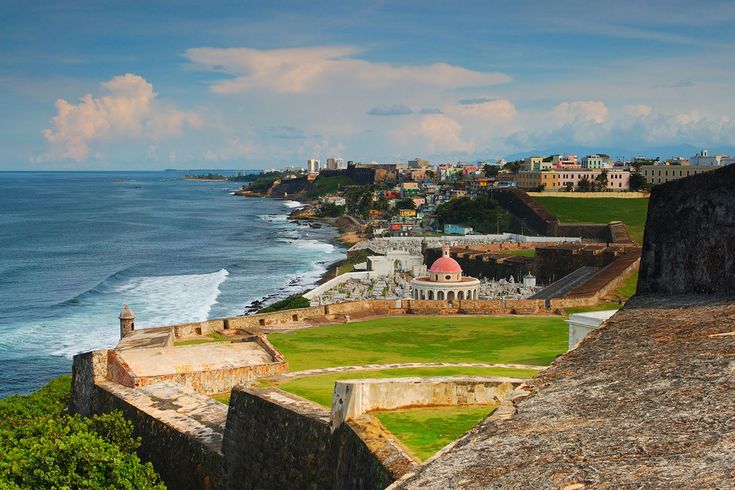 I had trouble finding the place but the host drove to an easy to find location and met me in order to show me how to find the property. I left Casa Sofia for work in the Ponce area when the earthquake hit. I called Faby with a group of 11 and without any hesitation she took us in for the night. Even though the electricity was out she made sure we had a great hot meal, took us to the beach and provided breakfast the next day. She was a life saver. I cannot recommend this place any higher, whether you are a single traveler or small family. The house is in a gated, safe community and very close to San Juan and the airport with out the congestion of the city. At night you hear the coquis not the traffic. 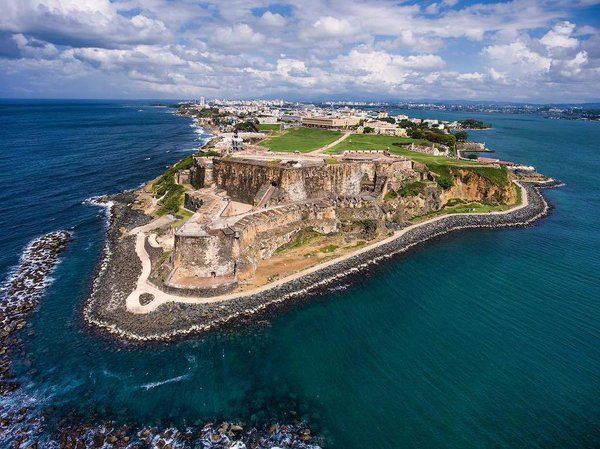 Dorado is 12 km away. Free private parking is available.
The attention the location and the cleanliness

Offering a garden, Levittown Levittown Lakes is set in Levittown, 7 km from San Juan and 29 km from Caguas. Free private parking is available on site.
everything and Mr. Miguel very attentive from the beginning to the end of my safe

Boasting air-conditioned accommodation with a balcony, Apartamento PARADISE is situated in Toa Baja. 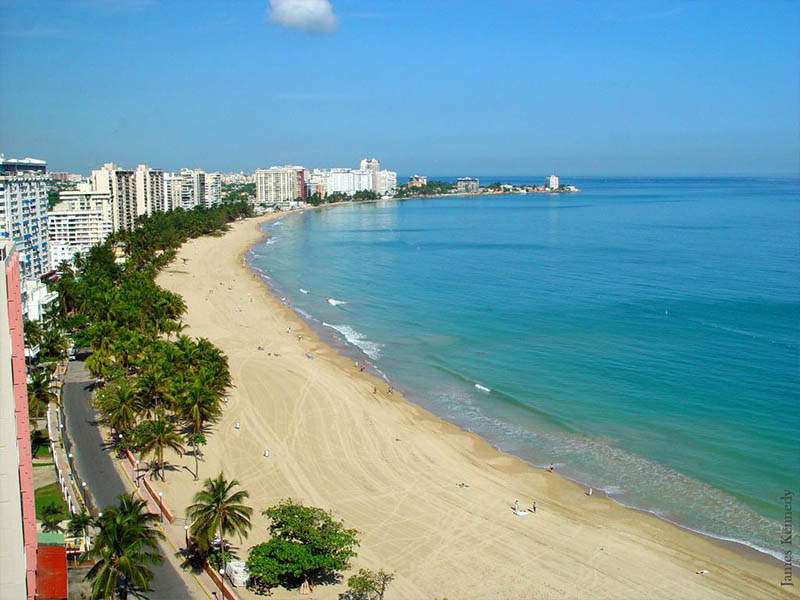 See all hotels in and around Bayamón

Use of Sawdust and Woodchips — All States 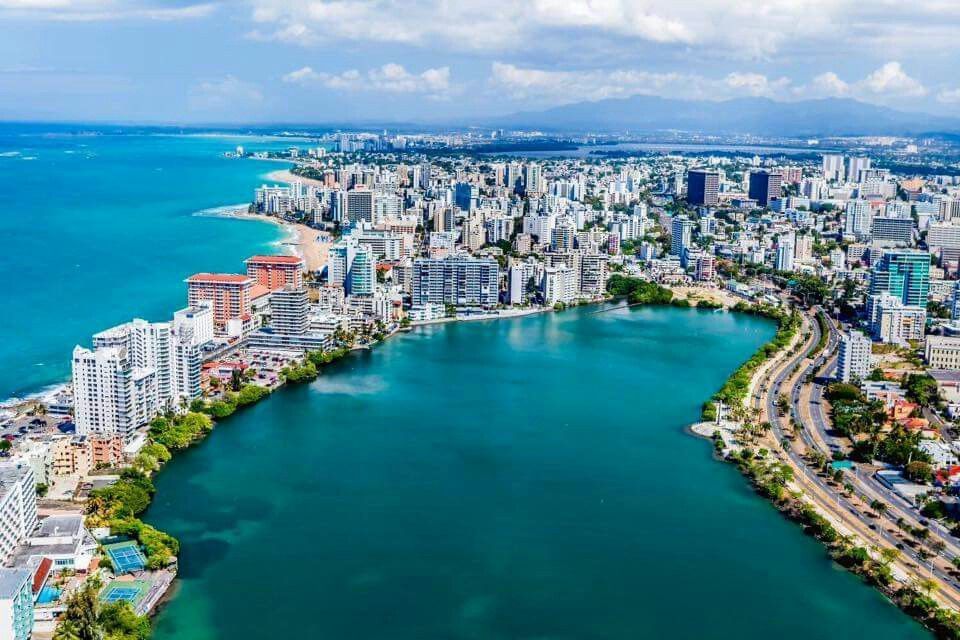 This trailer is obviously unmovable and because this court is assuming the characteristics of a shack town and because the sanitary facilities are inadequate, it will probably be condemned by the board of health. San Diego, California

Putting up a prefabricated house, showing sections to be used in construction. Pacolet, South Carolina

Children of Indian blueberry pickers in truck. Note boxes for blueberries and clothes, near Littlefork, Minnesota

More information about the FSA/OWI is available at http://hh.

The original find described this photograph as follows:
Original caption: Minor damage to the road, marked with orange cones, makes the passage around this mountain rather narrow. 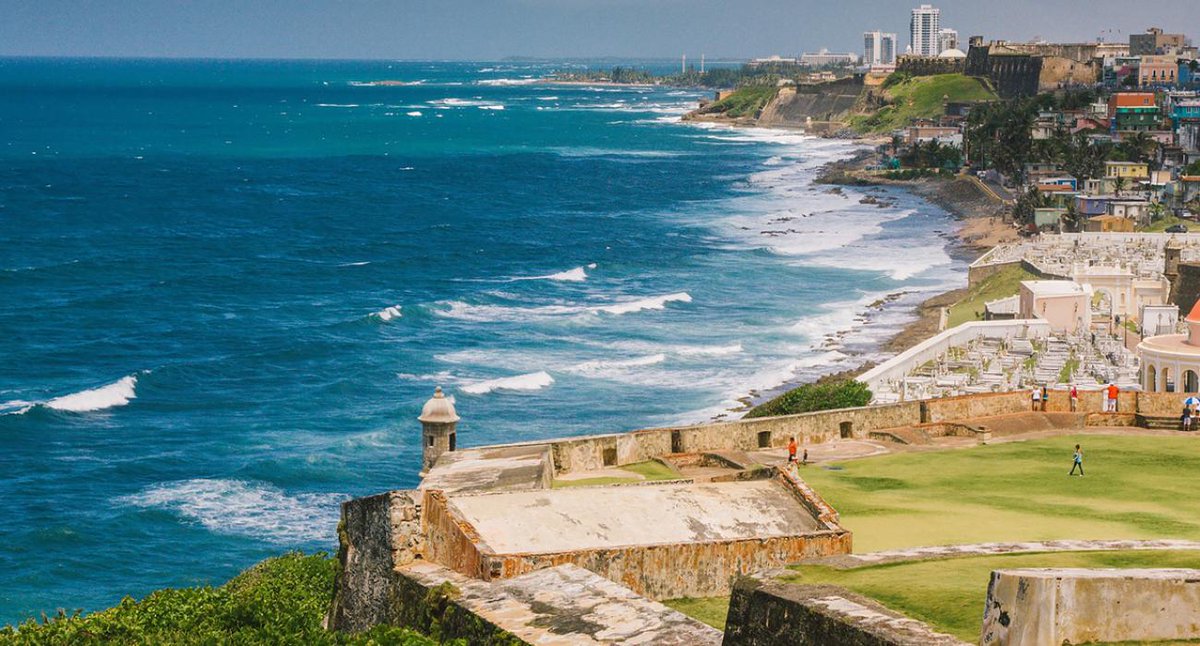