Three Kings Day is considered one of the main celebrations during the holiday season in Puerto Rico.

Christmas is not over until a visit from the Magi.

It is the night before the Three Kings arrive. You can feel the excitement and magic of the holiday in the air. The cool, tropical evening breeze rushes in, and the children across the Island prepare to welcome the Wise Men into their homes.

Each January 5th, the kids join their parents to cut fresh grass and set it in a shoebox under their beds, under the Christmas tree (just like the cookies for Santa Claus), or in a place that is not easy to miss. They hurry into bed as soon as the night falls, and the whimsical anticipation for the arrival of the Magi at dawn sets in.

It is not specified when, but legend has it Los Tres Reyes (the three kings) arrive in their camels sometime after the children fall asleep. And much like the red-suited, white-bearded northern counterpart does a few weeks earlier, they leave presents for the well-behaved kids. But, being a tropical paradise with no camels on-site in Puerto Rico, the Magi travel in horses. As the wise men leave the presents by the shoebox, the humble carriage snacks on the grass the children kindly laid out for them before magically moving on to the next house. As soon as the rooster sings in the early morning, families across Puerto Rico wake to find presents for them. Just like in the Bible, the Magi’s gifts come from a humble and kind heart – which is why in most cases, they’re not even wrapped and are just piled up next to the shoeboxes. They open these presents surrounded by family members, and a traditional Three Kings Day celebration begins.

This longstanding tradition, also known as Epiphany, is celebrated worldwide. In Puerto Rico, it has a cultural significance that transcends its religious roots. Three Kings Day is considered one of the main celebrations during the holiday season, and a visit to Puerto Rico around the holiday season will show you precisely why! 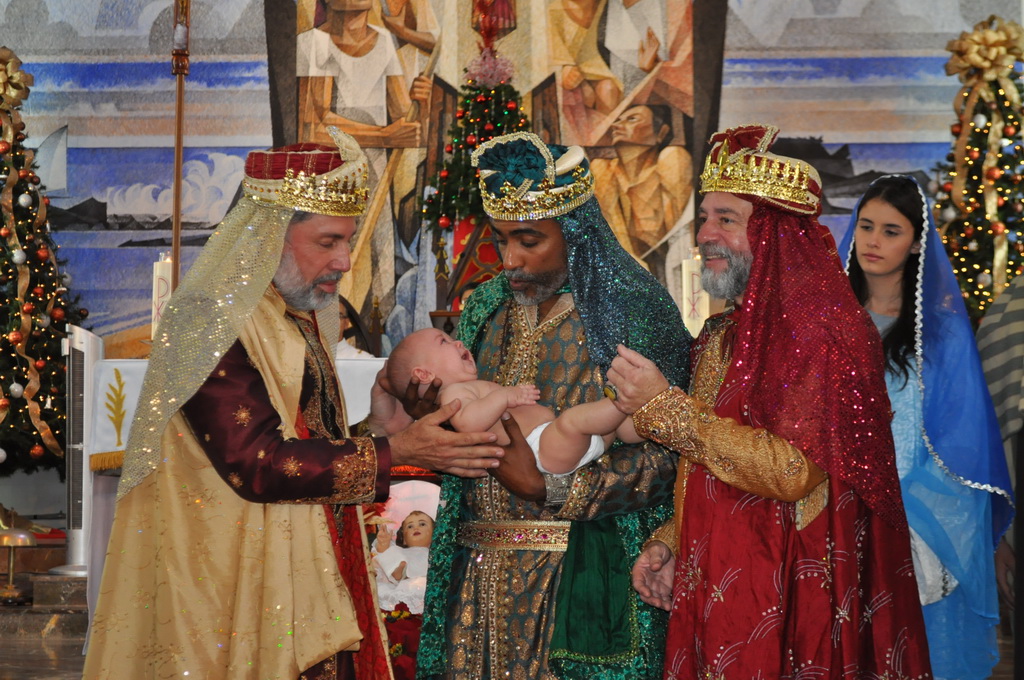 Whether you are on the Island or at home, you can recreate the Three Kings Day traditions with your loved ones. Just place the grass-filled box on Three Kings Day Eve and open presents on the morning of January 6th. And, like most Puerto Rican traditions, the celebration is not complete without a big family gathering full of music and lively conversation. Of course, you can’t leave out the signature coquito, pitorro, and a festive menu that includes holiday favorites like pernil, arroz con gandules, tembleque, and arroz con dulce. If you’re on the Island, plan to enjoy one of the many special events taking place across different municipalities.

Learn how to make a Puerto Rican Holiday feast

Learn how to make coquito

The Museo de los Santos Reyes is the first museum dedicated exclusively to the history of Three King’s Day.

Although the biblical stories specify these Magi arrive from the Orient following a star, the Magi in Puerto Rico helm from the south of the Island, specifically from the town of Juana Díaz. 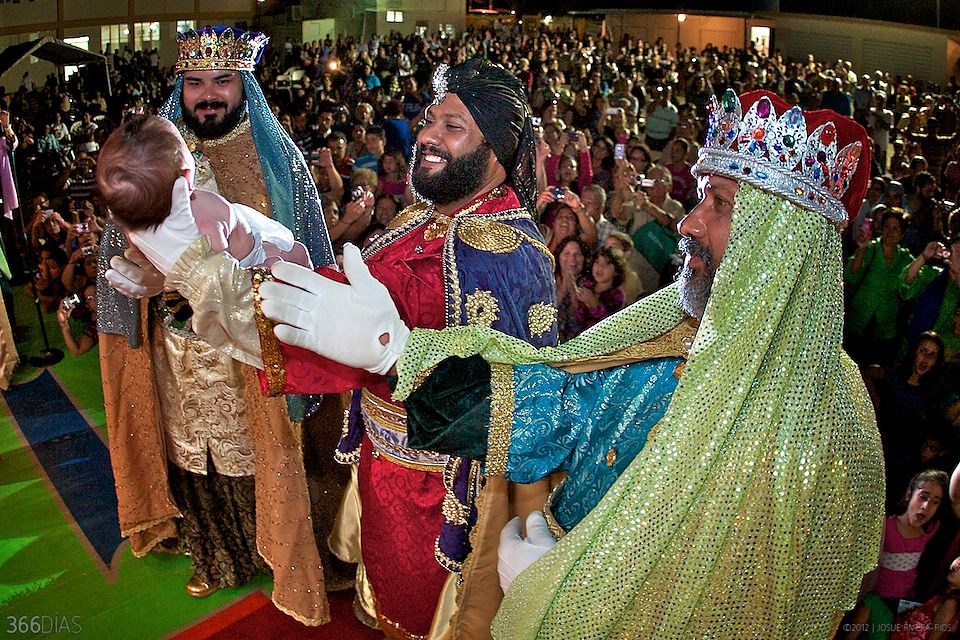 Every January 6th, the municipality hosts the longest-standing and most visited Three Kings Day festival on the Island, celebrated for over 130 years.

There, you’ll find local artisans, food stalls, and lively music. However, the festival’s main attraction is the arrival of the Magi of Juana Díaz riding horseback and leading a parade through the town. They hand out presents and candy to all the children at the festival and become part of a huge «block party.» If you’re arriving after this day, you can still visit the Museo de los Tres Santos Reyes, a place dedicated exclusively to the history of these figures.

The holiday season is not over after Three Kings Day! January 7th marks the beginning of Las Octavitas, and leads up to Las Fiestas de la Calle San Sebastián, which starts a new cycle of festivals throughout the year.

Los Reyes are important figures in Puerto Rican art during the Holiday season and year-round. 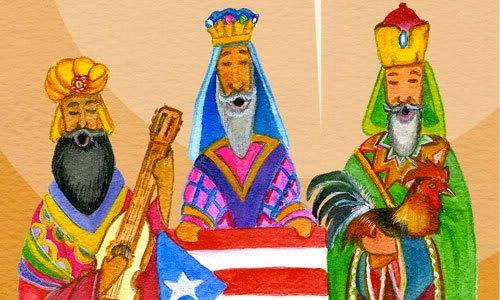 Local artisans carve tallados out of wood, make ceramic representations, and are often used as figures on paintings and mosaics. Fondly enough, the Puerto Rican Magi are often depicted riding horses instead of camels. They’re also the subject of some local holiday songs, one of them even stating that children on the Island don’t have enough time to play with the presents the Magi bring them before school starts back in January.

Hit play and dance your way into paradise!

One of the most festive holidays of the year in Puerto Rico is Three Kings’ Day, which falls on January 6 every year. On the island, this holiday is celebrated with even more elaborate pageantry than Christmas. But, if you don’t live in Puerto Rico, you may be wondering what, exactly, Three Kings’ Day is, and what the celebration is all about. Three Kings’ Day, also known as Epiphany or Dia de los Reyes Magos, is a celebration of the three kings who brought gifts to Jesus when he was born. For most people in Puerto Rico, preparations for Three Kings Day begin as soon as Christmas ends. Unlike much of the United States, many Puerto Rican families do not exchange gifts on Christmas Day, but rather wait until Three Kings Day.

Traditionally, the days leading up to Three Kings Day are full of festivity and celebration. Families host parties where people all over the neighborhood come in and out visiting. As the evening progresses, people join each other in caroling (known as parrandas) around the neighborhood, stopping from one house to another and gathering more people each time. This caroling differs from the Currier & Ives style, though – it is very lively, and usually involves a variety of instruments, drinks and food!

Food, Festivities & Traditions of the Day

On the eve of Three Kings Day (known as Vispera de Reyes) children leave out candy and small gifts for the kings, and a box of straw for their camels. 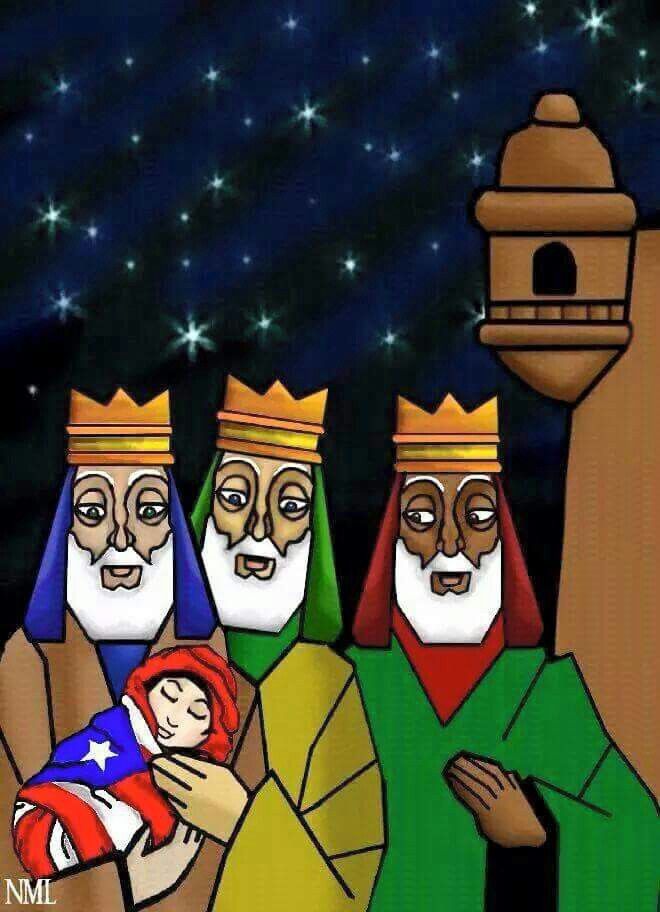 In exchange, the children are given gifts by the Three Kings that evening. (However, in our family we still got to open our presents on Christmas – our parents didn’t make us wait, happily!)

In the early evening of Vispera de Reyes, most families attend a religious service where the story of the Nativity is acted out by local people. Many times, there are costumes available for anyone who shows up and wants to take part in the pageant. Afterward, it is a time of feasting. Traditional foods include roast pork and coquito, an eggnog-like drink that features cream of coconut, coconut milk, and of course, Puerto Rican rum!

After families return home, the children leave out their gifts for the Magi and their camels, and go to bed to await the presents they bring. On the actual Dia de los Reyes Magos, there is much festivity, with parades, pageants, festivals and family gatherings. Old San Juan is especially lively, the streets filled with people and parades, as they play host to the final stop of the “Three Kings” of Juana Diaz – reenactors who travel the island during the week between Christmas and Three Kings Day. As a child, I loved celebrating Dia de los Reyes Magos in Rincón with my family. Why not make it a tradition for your family, too? There really is no place like Puerto Rico during the Nativity season, and Maria’s Beach will offer you the perfect backdrop for an island winter holiday. Our booking is done through Twin Palms, Maria’s rental and onsite management. Please visit our booking page on this website to view the availability of Maria’s and fill out our convenient contact form. If you have any additional questions regarding Maria’s, you may call Twin Palms at 787-685-6648 (español: 787-449-3673). 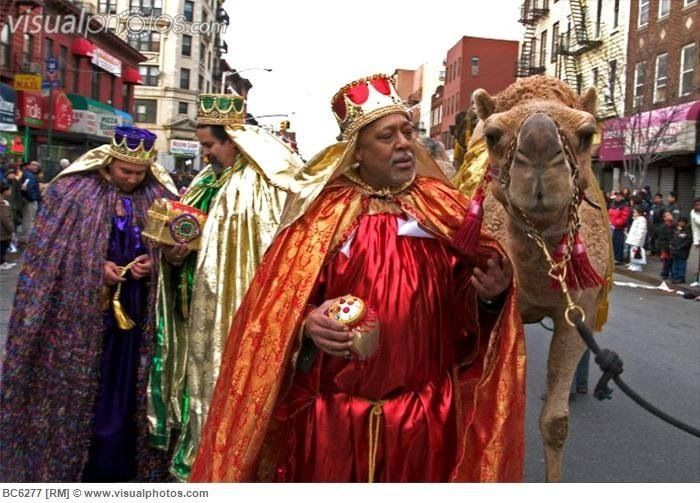 Statue of the founder of the first European settlement was destroyed in Puerto Rico RIA Novosti, 01/27/2022 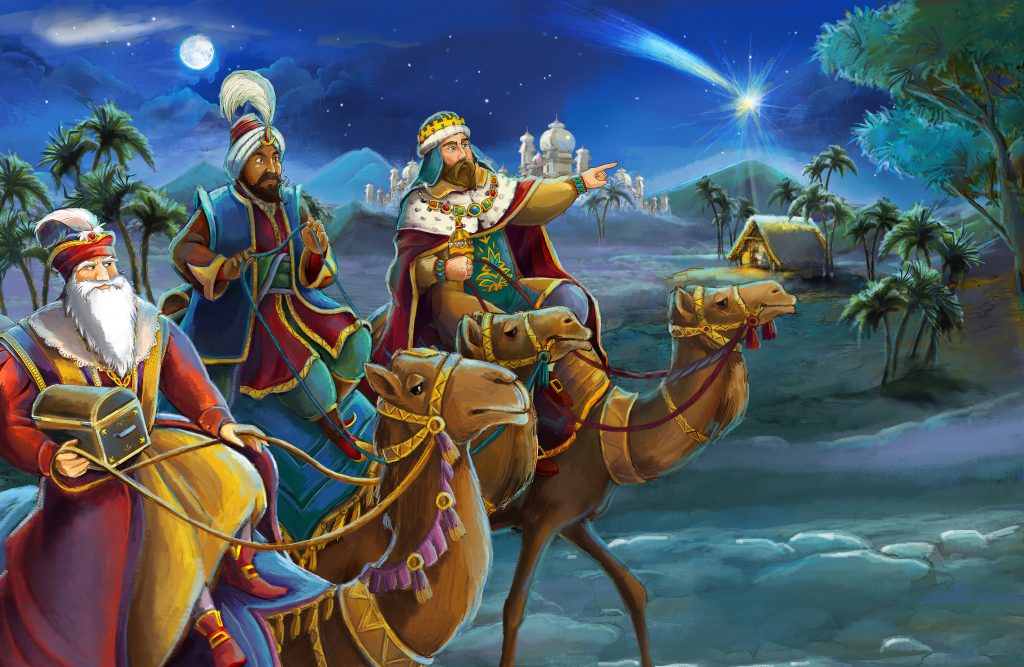 This happened shortly before the visit of the Spanish King Philip VI. He came to celebrate the 500th anniversary of the founding of Puerto Rico’s capital, San Juan. According to Colonel Jose Juan Garcia, the police heard a loud bang. «It was like an explosion,» says Garcia. Ponce de Leon founded the first European settlement in Puerto Rico. His statue was made from melted down British cannons. It depicts a conquistador pointing to the Cathedral of St. John the Evangelist, where his remains are buried. During the reinstallation of the sculptures, the workers were attacked by protesters who attached signs to the pedestal, one of which read «They are not gods.» The protesters also said that they would topple this statue again, and the next one would be a monument dedicated to Columbus. The act of vandalism was condemned by the mayor of the city, Miguel Romero. Columbus and Ponce de Leon landed in Puerto Rico in 1493 years old The latter became the first governor of the island and crushed the uprising of the indigenous population. Puerto Rico was a Spanish colony until 1898. 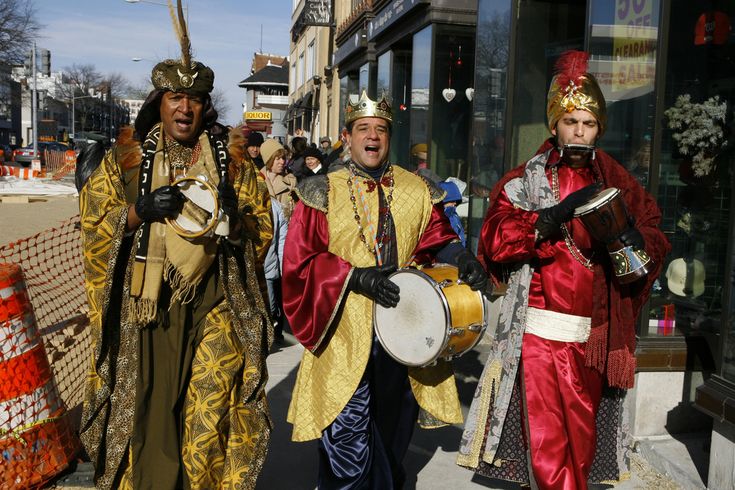 This happened shortly before the visit of the Spanish King Philip VI. He came to celebrate the 500th anniversary of the founding of Puerto Rico’s capital, San Juan.

According to Colonel José Juan Garcia, the police heard a loud bang. 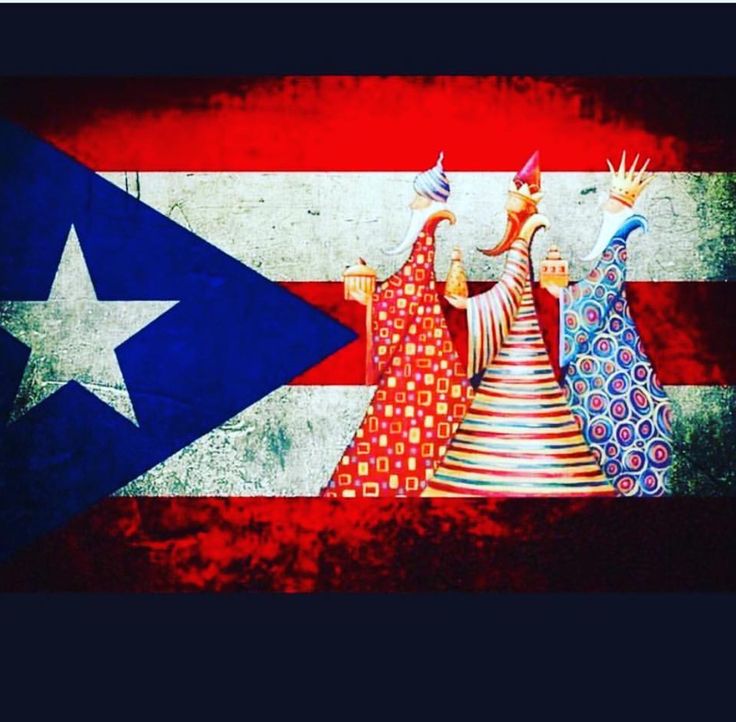 Ponce de Leon founded the first European settlement in Puerto Rico. His statue was made from melted down British cannons. It depicts a conquistador pointing to the Cathedral of St. John the Evangelist, where his remains are buried.

During the re-installation of the sculpture, the workers were attacked by protesters who attached signs to the pedestal, one of which read «They are not gods.» The protesters also said that they would topple this statue again, and the next one would be a monument dedicated to Columbus.

The act of vandalism was condemned by the mayor of the city, Miguel Romero.

«Freedom of expression is protected, but vandalism cannot be defended. I believe that vandalism is the most cowardly form of self-expression,» the mayor said.

Columbus and Ponce de Leon landed in Puerto Rico in 1493. The latter became the first governor of the island and crushed the uprising of the indigenous population. Puerto Rico was a Spanish colony until 1898. 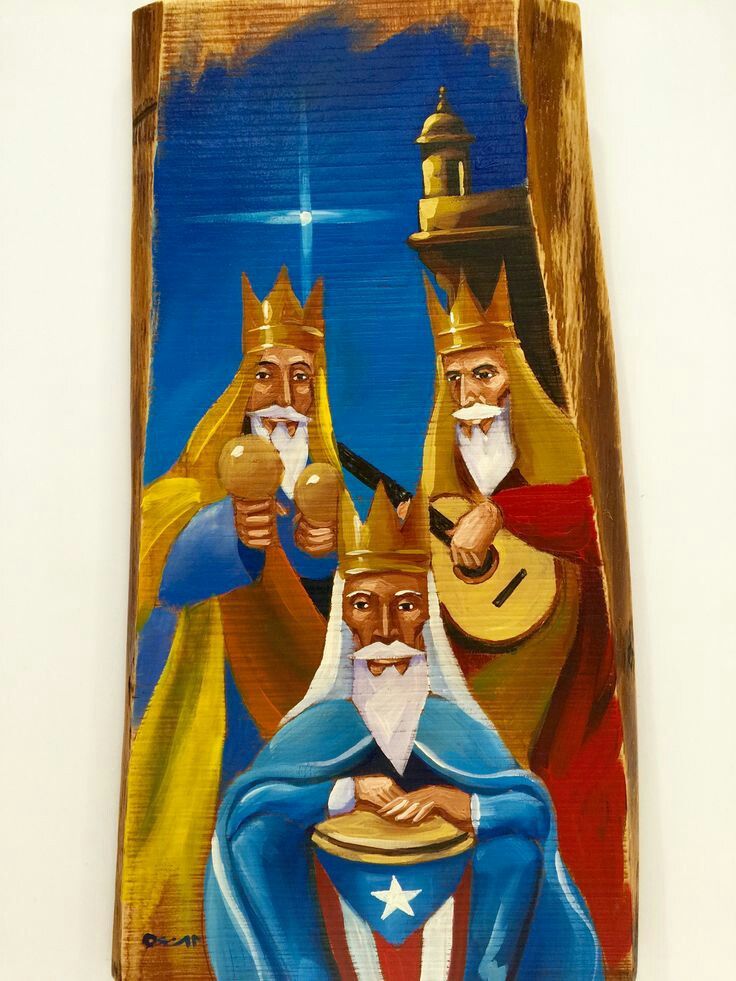