Festival san sebastian puerto rico 2022: The Party of the Year

Sometimes we just don’t want Christmas to end. The San Sebastian Street Festival helps us say goodbye with a bang for another year. The event fills the old town with locals and visitors, so book your stay as early as possible.

The San Sebastian Street Festival or “Fiestas de la Calle San Sebastián” is Puerto Rico’s largest festival and is the unofficial closing to the longest holiday season in the world.

During the multi-day celebrations of the San Sebastian Street Festival, San Juan is  taken over by live music, impromptu dancing in every street corner, and even circus performances!

At daytime, the old city’s plazas and streets are filled with local artists and artisans, showcasing and selling everything from paintings to handmade jewelry.

Once the sun goes down, multiple concerts and parties take place across the walled city, and the joyous revelry continues into the late hours of the night.

About 500 artists and musicians entertain the crowds while hundreds more are dressed up in costumes and masks to parade the streets.

San Sebastián (Saint Sebastian) was killed for his faith becoming a martyr, and Old San Juan has a street named in his honor. San Sebastian festival was first held in the 1950s organized by a church located on San Sebastián Street. By 1970s it has become one of the most massive events attracting hundreds of thousands of people.

If you are not staying in Old San Juan, plan to arrive there as early as possible. Traffic into Old San Juan is going to be extremely heavy and slow due to the influx of festival goers and road closures.

Take a look at our Local San Juan guide 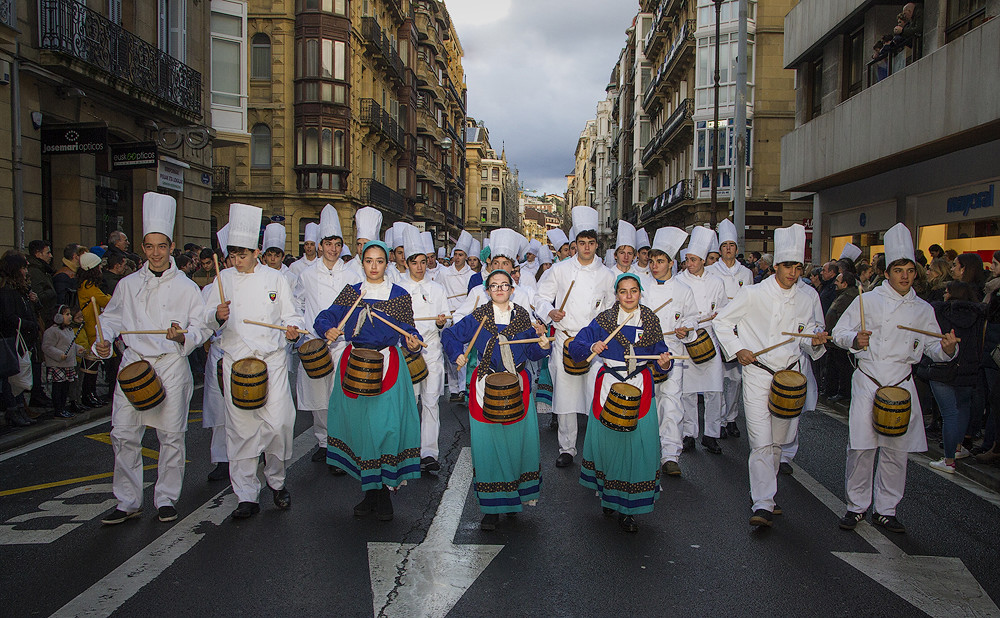 Book with confidence. Get the best Prices from our partner Booking.com
We have chosen hotels in San Juan that keep you close to all the shops,restaurants & bars

Located in the exclusive Condado neighbourhood, O:Live Boutique Hotel has a Mediterranean décor and stylish suites. Free Wi-Fi and suites include a luxurious rain shower with hydromassage jets. Part of Small Luxury Hotels of the World, Offering a rooftop terrace with an infinity pool overlooking the Condado Lagoon. 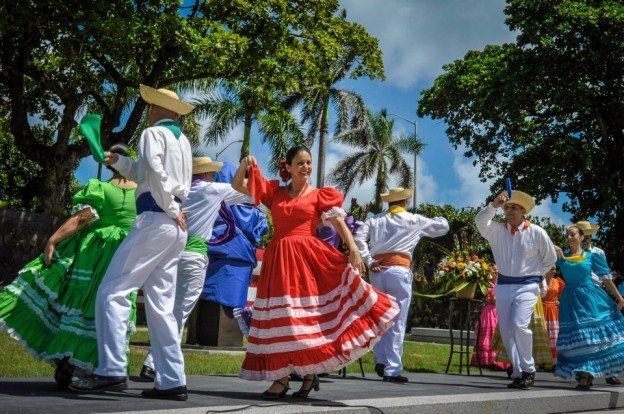 Condado Ocean Club features a restaurant, outdoor swimming pool, a fitness centre and bar. A 24-hour front desk and room service, free WiFi. An ATM, a concierge service. All units at the hotel come with air conditioning, a seating area, a flat-screen TV with cable channels, a safety deposit box and a private bathroom with a shower, bathrobes, a desk and a coffee machine. 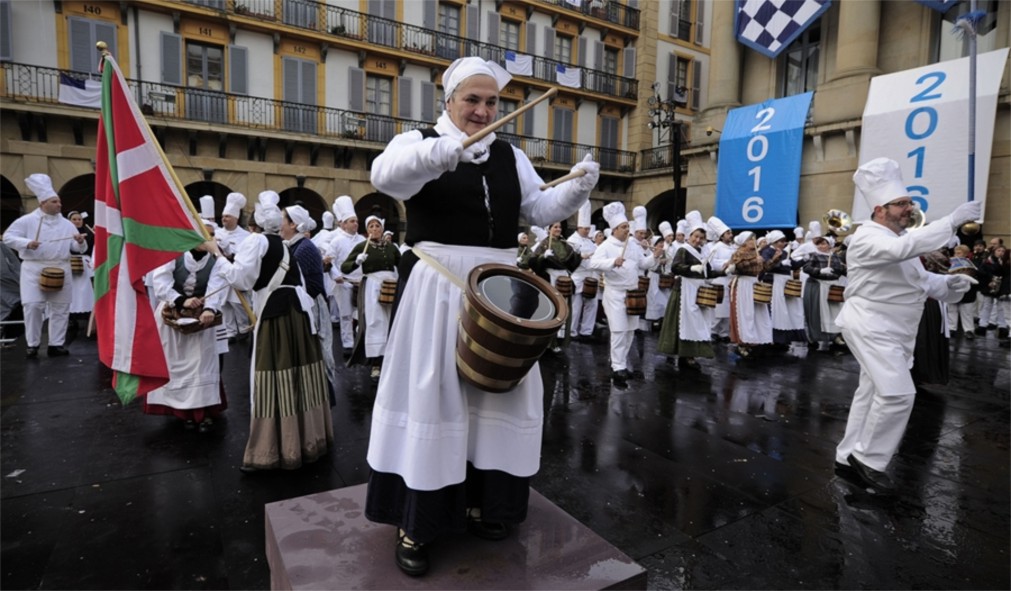 Coqui del Mar – LGBTQ Hotel – Adults Only offers studios and fully furnished apartments with free Wi-Fi, a shared, two pools and a hot tub. It is only 400 m from San Juan’s beautiful Caribbean coastline. The studios at this guest house come with bright décor, a flat-screen TV and a private bathroom with a shower and toilet. The apartments come with a fully equipped, modern kitchen

The San Sebastián Street Festival in Puerto Rico, or La SanSe, which dates back to 1954, has made its way stateside in recent years, with 2017 celebrations planned in Boston and Orlando. Fiestas de la Calle, Miami, which was scheduled for its second year, was canceled for logistical reasons (with the intention of returning in 2018). 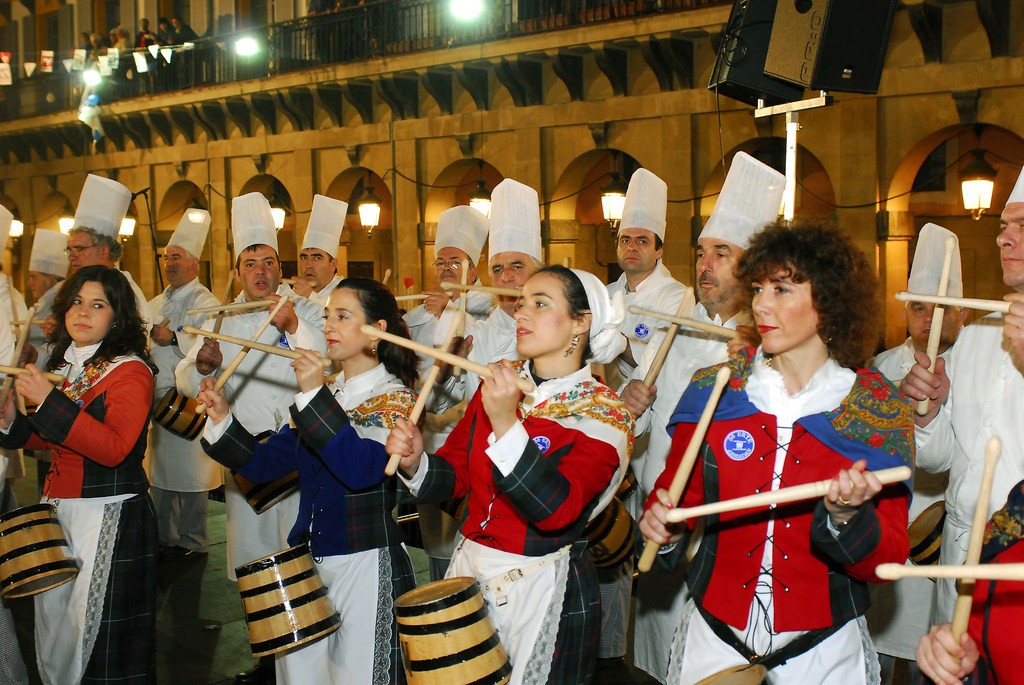 For those living in the Boston area, the Villa Victoria Center for the Arts has partnered with The Theater Offensive to launch their inaugural La SanSe celebration. Yet the largest and longest running festival happens in Orlando, where an estimated 400,000 Puerto Ricans live in the metropolitan area.

La SanSe is annual street festival that takes place in Viejo San Juan, beginning on the the Thursday of the third week of January and lasting until Sunday. It honors the Christian saint and martyr Saint Sebastián whose feast day is celebrated on January 20th. According to sources, the festivities “were organized by Father Madrazo, parish priest of the San José Church in Old San Juan with the purpose of raising funds in order to repair various church buildings.” Years later, the festival was discontinued, only to be revived in 1970 by anthropologist Ricardo Alegría who “suggested to Rafaela Balladares de Brito, resident of San Sebastián Street, to resume the festival celebration. 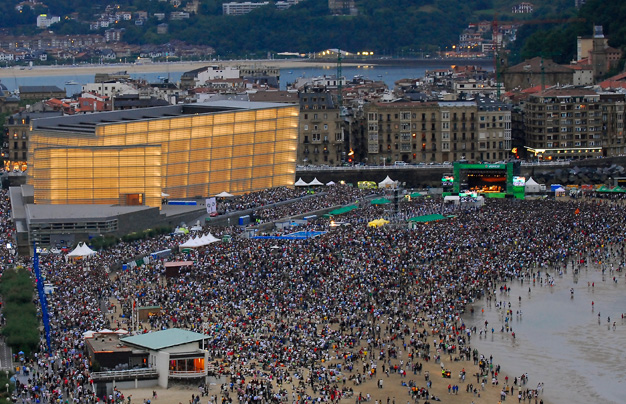 ” Again, with philanthropy in mind, the festival raised money for an elementary school, the Colegio de Párvulos, which is located on the same street. (To learn more about the festival’s history, click here). Nowadays, more than 200,000 people attend the San Sebastian Street Festival each year. And for many, it marks the end of the long holiday season in Puerto Rico–with traditional music, dancing, food, local artisans, and cabezudos of important figures; among the festivities.

La SanSe Takes Orlando officially began in 2015, though festival organizer Javier Rivera had been organizing San Sebastián celebrations in the area as early as 2009. Those events were relatively small in comparison, typically hosted by local businesses–until 2014, when around 7,000 people unexpectedly showed up. That prompted a move to a bigger venue the following year–Festival Park in Orlando–and so La SanSe Takes Orlando was born. Now in its third year, the festival has continued to grow in size and reputation. 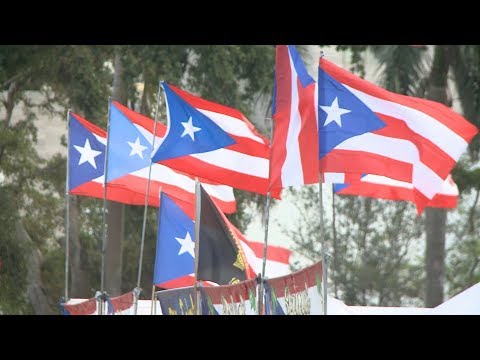 Rivera says that people travel from all over Florida state and Puerto Rico to attend La SanSe Takes Orlando, which takes place January 14-15th. Last year for example, the festival averaged 22,000 attendees per day, and this year he expects that number to reach 30,000; which is why the two-day event has been moved to yet another venue, the Central Florida Orlando Fairgrounds.

The event is free and open to the public, with over two dozens sponsors. Musical acts include La Tribu de Abrante, Andrés Jiménez, Vico C, Plenealo, and several DJ acts, among others. Atención Atención, the well-known children’s act from Puerto Rico, will also be performing. In addition, actor and philanthropist Raymond Arrieta will be honored by the festival, and news anchor Carmen Dominici has been named Madrina of La SanSe Takes Orlando.

Like Three Kings Day before it, La SanSe is a reminder of home, of traditions that originate on the island, but find roots in the diaspora as well.

El Museo del Barrio, for instance, celebrated the 40th anniversary of its annual parade in East Harlem. La SanSe Takes Orlando could be the start of the long-running tradition that may one day rival the original. For now, Rivera hopes the festival will continue to grow and possibly expand to more cities, giving Puerto Ricans stateside something extra to look forward to during the holiday season. 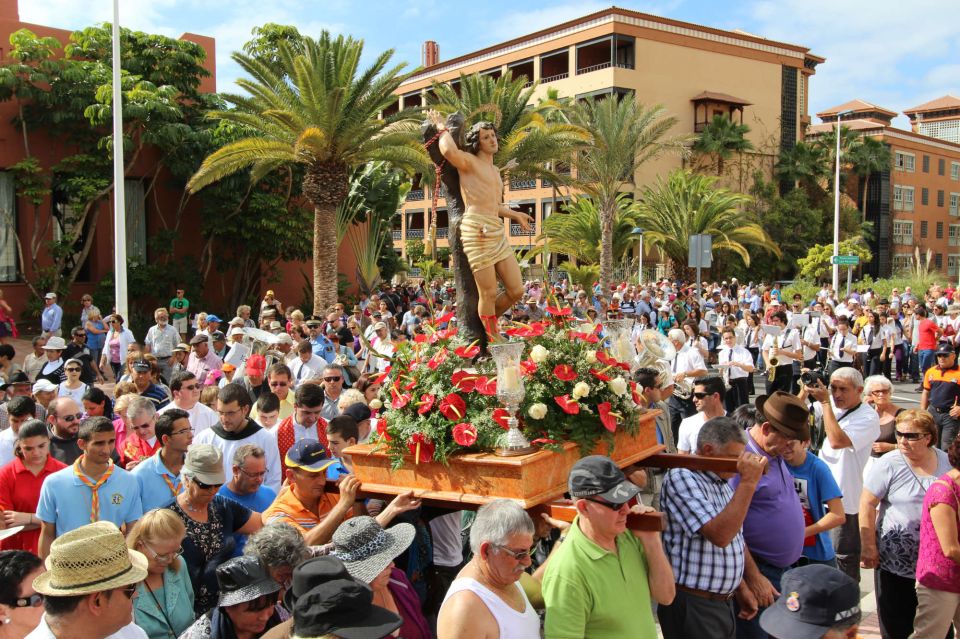 Puerto Rico is a scenic haven for migratory birds who don’t like winter. Here you will find: the cobbled streets of the historic center of San Juan, the sea breeze of the town of Rincon and bioluminescent microorganisms in the bay of Vieques Island. Despite the fact that in some periods there is a threat of hurricanes, this does not stop the locals, and they hold various festivals all year round, from which the rhythms of salsa and the aromas of roast pork breathe from a kilometer away.

We present our review to make it easier for you to choose a specific time for your trip to Puerto Rico.

December is the peak season as many Americans flee the cold to Puerto Rico, where sun, sand and waves await. Hotel prices are rising significantly, but the atmosphere in the country is becoming livelier with various seasonal festivals and events, including Kings Day (Three Kings Day), Carnival and Holy Week.

The second peak of the season is in July, when the coastal towns fill up with Puerto Rican vacationers.

After the high season, the country’s tourism infrastructure takes a break to regroup.

There are no significant price cuts or reductions in available services, so this is a good time to travel. The Nuestra Señora de la Montserrat in Aguas Buenas is one of the best festivals in September. Live music and street food against the backdrop of a mountainous landscape create a lively and beautiful atmosphere.

Best time to travel on a budget

June to November is the hurricane season, so discounts on tours are waiting for you. However, we advise you to follow the weather forecasts and take out good travel insurance. In general, life on the island is slowing down, but there are still interesting events happening: the Rincon Surf Festival, the Queer Film Festival, and the Jayai Indigenous Festival.

Travelers escaping the cold will find a great refuge here, as the average temperature hovered around 28 degrees Celsius. In addition, there are still parties going on around the recent Christmas.

Although February is the coldest month of the year in the mountains, temperatures remain consistently high on the coast. It is also one of the driest periods with rare, light and refreshing afternoon rains.

Winter tourists return home, but the weather in Puerto Rico remains beautiful: the air is warm and it rarely rains. This month is one of the least «touristic», so many attractions are almost empty.

The trade winds bring more precipitation in the north. 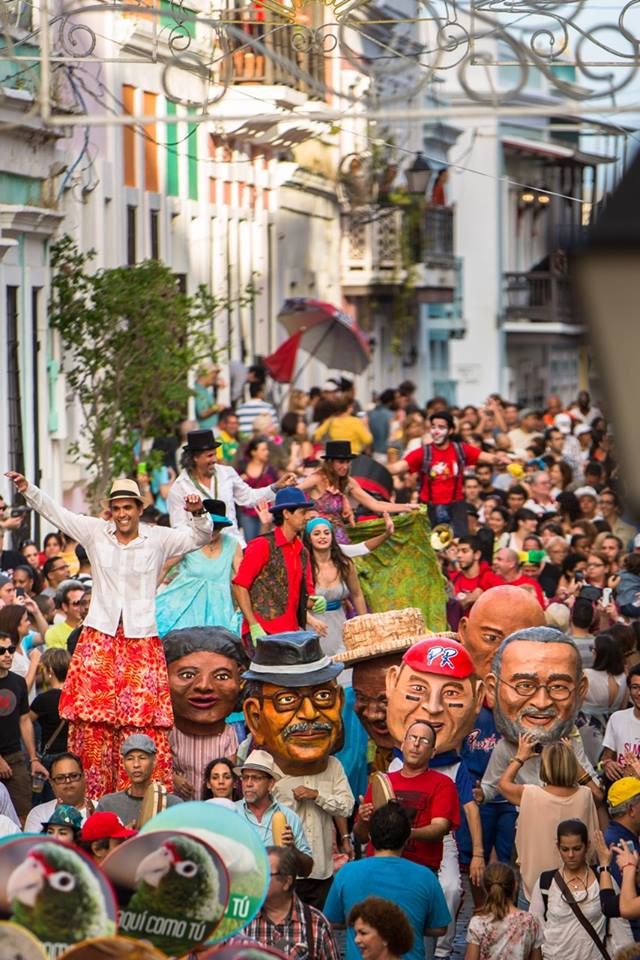 However, it rains mostly in the afternoon, and the air temperature rises.

Small agricultural towns in the south celebrate the arrival of spring and enjoy the fruits of their labor, including delicious coconuts and mangoes, shrimp and oysters.

Puerto Rico switches to summer mode: working hours are reduced and school holidays are on. At the same time, the peak of the summer tourist season also falls, when the roads of local vacationers and visiting tourists intersect.

Scorching heat drives crowds of locals to the beaches. It’s high holiday season for Puerto Ricans, so expect a lot of activity by the water.

Key Events: Puerto Rican Salsa Congress, Feast of the Patrons of the Island of Vieques, Feast of Santiago. 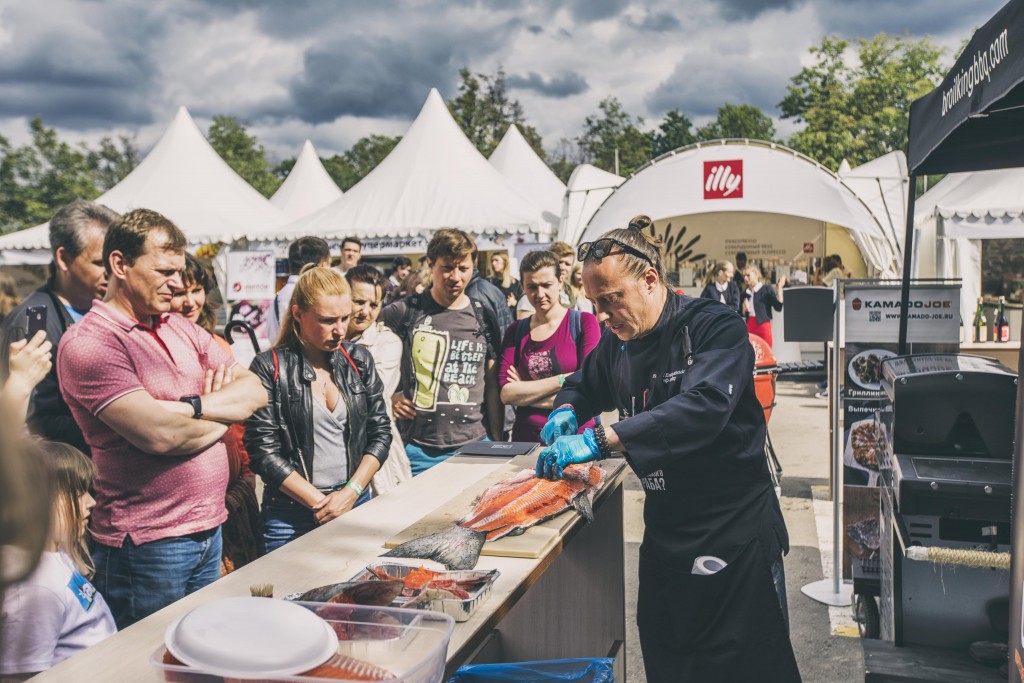 During the peak of the hurricane season, tropical showers begin, but the parties continue to buzz every weekend, no matter what.

Tourism suffers in September due to hurricanes. Moreover, at least one major storm is likely to pass this month. Travelers should pay close attention to the forecasts.

Despite the fact that this is the low season in terms of tourism, holidays associated with the patron saints of certain places swirl around the island. The lack of hype makes October a great time to travel.

American tourists begin to arrive on the island as temperatures drop in the north. Also, many immigrants return to Puerto Rico for the holidays. 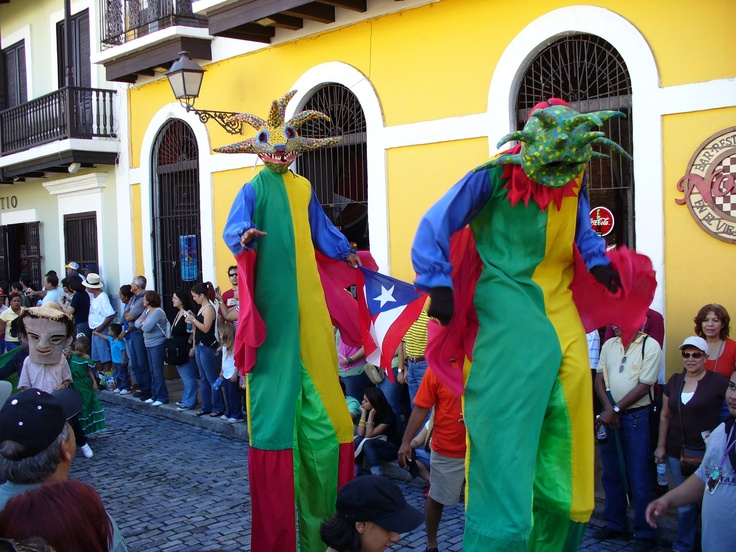