Nestled between mountains and sea, the golf course at St. Regis Bahia Beach Resort is one of the most scenic in Puerto Rico.

The name of the Río Grande town literally translates to “Great River,” and the municipality is known for its lavish hotels, championship-worthy golf courses, iconic restaurants, and the El Yunque rainforest.

It’s one of the biggest towns in the east region, with a population of 54,253, and is only about a 30-minute drive from SJU airport. Ask a local about Río Grande and El Yunque, and they’ll likely tell you about its breathtaking array of mountains, waterfalls, and scenic views.

El Yunque is the only subtropical rainforest in the U.S. National Forest Service. Its 28,000 acres are crisscrossed with hiking trails, waterfalls, and streams, which is a mind-blowing journey for nature lovers. There are 150 native fern species and 240 tree species, as well as unforgettable views and fun activities.

Climb the spiral staircase at the Yokahu Observation Tower and enjoy the spectacular panoramic vistas. The name of the tower is rooted in Puerto Rican mythology and refers to the Taíno Indians’ belief that the rainforest was the home to Yukiyú or Yokahu, a benign fertility god that watched over nature.

There are myriad hiking trails crossing El Yunque, ranging from easy to expert. There is also La Paseadora, a small ferry that rides along the Espíritu Santo, the only navigable river in Puerto Rico. If you’re looking for something a little bit more daring, tour companies can take you tierra adentro (inland), where you can practice canyoneering, rock climbing, rappelling, and ziplining.

Close to El Yunque is Hacienda Carabalí, an action-packed ranch and adventure destination. 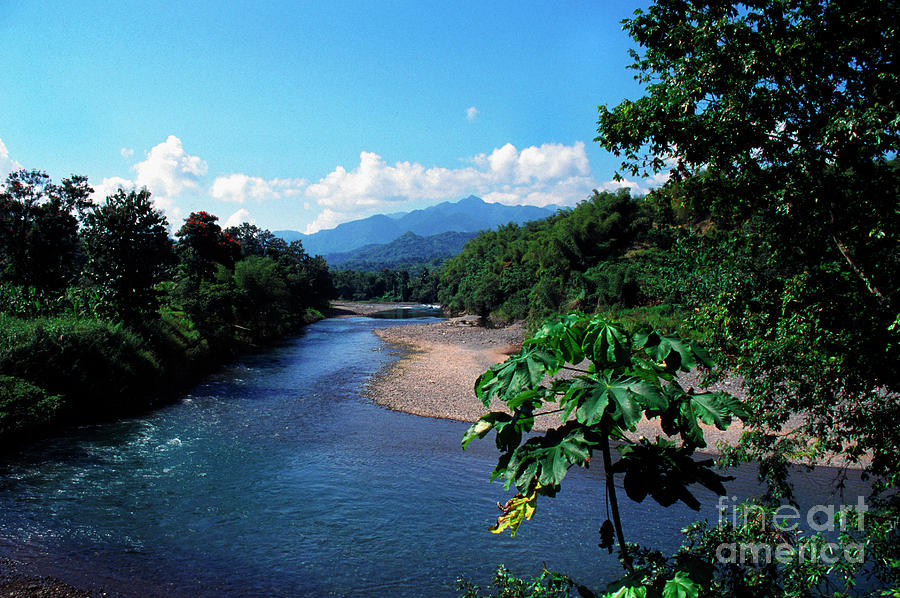 You can enjoy horseback riding, four-wheeler and ATV rides, mountain biking, go-kart racing, side-by-side UTV adventures, and hayrides. If you get hungry after your adventure, savor a juicy steak dinner at their Carabalí Bar & Grill.

Explore more things to do

In Puerto Rico’s tropical rainforest, El Yunque, it is easy to have an encounter with our beloved little tree frog, the coquí, as it is a perfect habitat for this species.

Luxurious Resorts Near the Beach

This part of the Island offers a bounty of first-class accommodations.

Recently renovated, the luxurious St. Regis Bahía Beach Resort is the first in the Caribbean from this luxe brand. They introduced its exemplary services and amenities to a paradisiacal 483-acre setting that embodies the Island’s stunning beauty, replete with verdant landscapes and breathtaking ocean views. Listed as one of 2018’s “Greatest Places” by Time magazine, the Wyndham Grand Rio Mar Puerto Rico Golf & Beach Resort is without a doubt among the most elegant and refined hotels on the Island. The 500-acre property is settled along a mile of golden beach. The resort features two golf courses, three swimming pools (one with a water slide), ten restaurants and bars, a casino, a wellness center, and much more.

Another destination hotel nearby is the Hyatt Regency Grand Reserve, which is near El Yunque. This golf resort hosts the Puerto Rico Open, a PGA event. Guests can enjoy oceanfront villas, beachfront rooms, massages, and spa treatments. There’s also a kid’s club in case you need to keep younger travelers entertained. On-property dining options include a buffet, a steakhouse, and a Japanese-Peruvian fusion restaurant.

Sample authentic Puerto Rican cuisine and mingle with locals at the foothills of El Yunque. 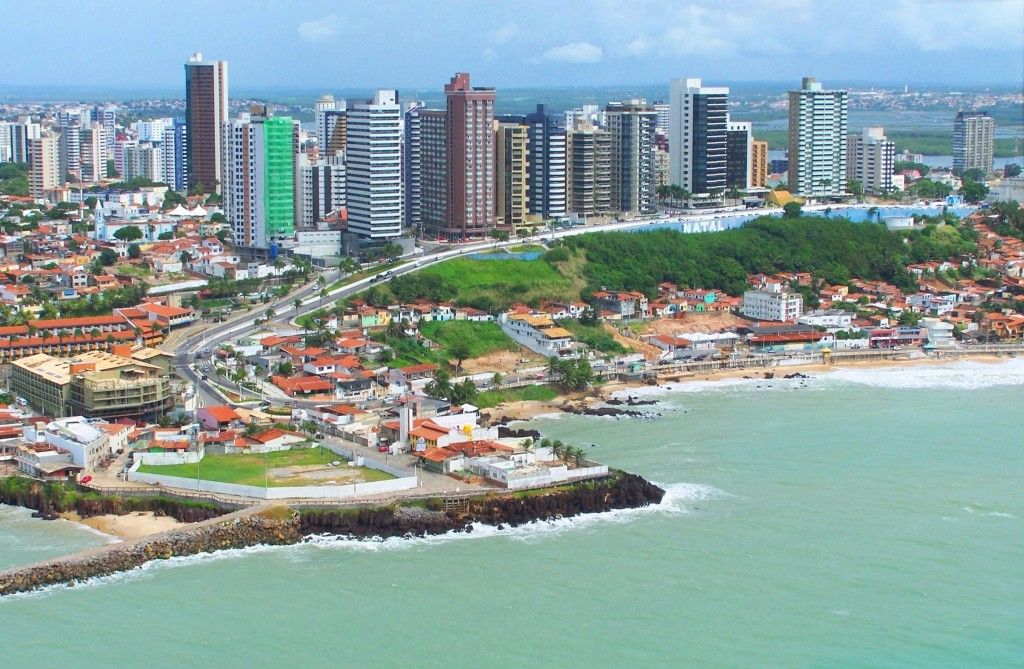 Next to Don Pepe is the W Sushi Bar, another local favorite. Aside from traditional sushi, the menu features dishes that fuse Japanese and Puerto Rican flavors. 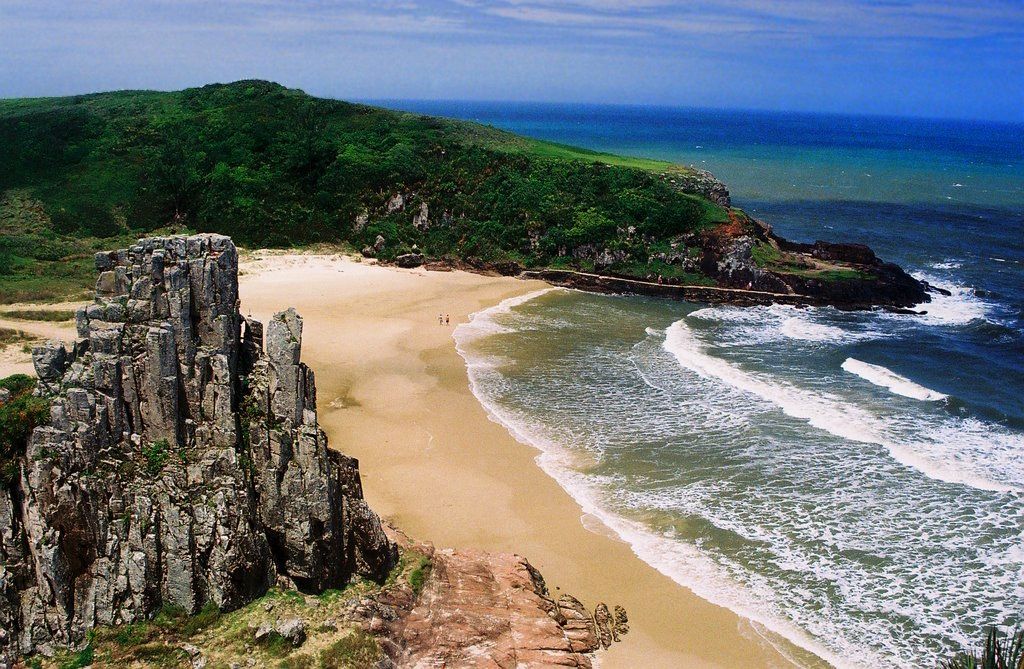 Read a brief summary of this topic

Rio Grande, Spanish Río Grande del Norte, or (in Mexico) Río Bravo, or Río Bravo del Norte, fifth longest river of North America, and the 20th longest in the world, forming the border between the U.S. state of Texas and Mexico. Rising as a clear, snow-fed mountain stream more than 12,000 feet (3,700 metres) above sea level in the Rocky Mountains, the Rio Grande descends across steppes and deserts, watering rich agricultural regions as it flows on its way to the Gulf of Mexico. The total length of the river is about 1,900 miles (3,060 km). 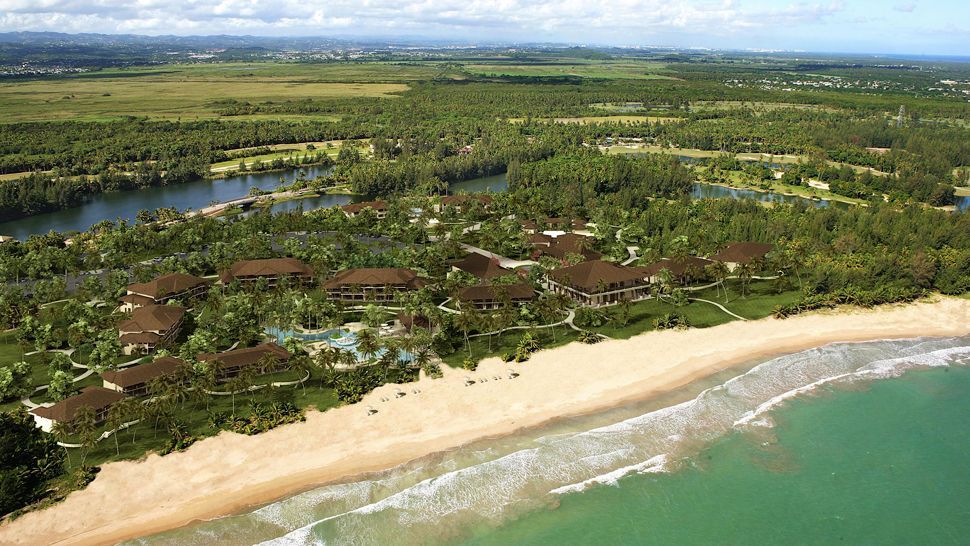 From its sources in the San Juan Mountains of southwestern Colorado, the Rio Grande flows to the southeast and south for 175 miles (280 km) in Colorado, southerly for about 470 miles (760 km) across New Mexico, and southeasterly for about 1,240 miles (2,000 km) between Texas and the Mexican states of Chihuahua, Coahuila, Nuevo León, and Tamaulipas to the Gulf of Mexico.

Its early course follows a canyon through forests of spruce, fir, and aspen into the broad San Luis Valley in Colorado, after which it cuts the Rio Grande Gorge and White Rock Canyon of northern New Mexico and enters the open terrain of the Basin and Range and Mexican Plateau physiographic provinces. There, declining elevation, decreasing latitude, and increasing aridity and temperature produce a transition from a cold steppe climate with a vegetation of piñon pine, juniper, and sagebrush to a hot steppe and desert climate characterized by mesquite, creosote bush, cactus, yucca, and other desert plants. 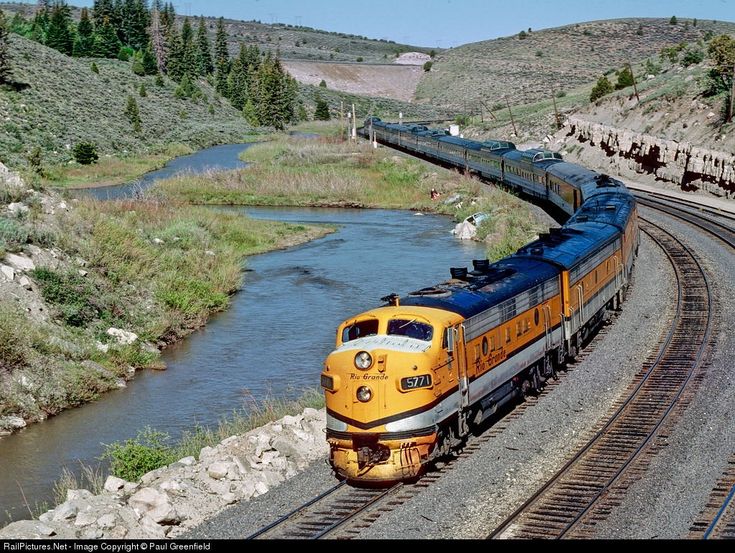 Shortly before entering the Gulf Coastal Plain, the Rio Grande cuts three canyons between 1,500 and 1,700 feet (460 and 520 metres) in depth across the faulted area occupied by the “big bend,” where the Texas side of the river comprises the Big Bend National Park. Along the remainder of its course the river wanders sluggishly across the Gulf Coastal Plain to end in a fertile delta where it joins the Gulf of Mexico.

Water and its Varying Forms

Even though water exists in three states, there is only one correct answer to the questions in this quiz. Dive in and test your knowledge of water…and see whether you sink or swim.

The principal tributaries of the Rio Grande are the Pecos, Devils, Chama, and Puerco rivers in the United States and the Conchos, Salado, and San Juan in Mexico. The peak of flow may occur in any month from April to October. In the upper reaches of the Rio Grande it usually is in May or June because of melting snow and occasional thunderstorms, whereas the lower portion commonly experiences its highest water levels in June or September because of the occurrence of summer thunderstorms. 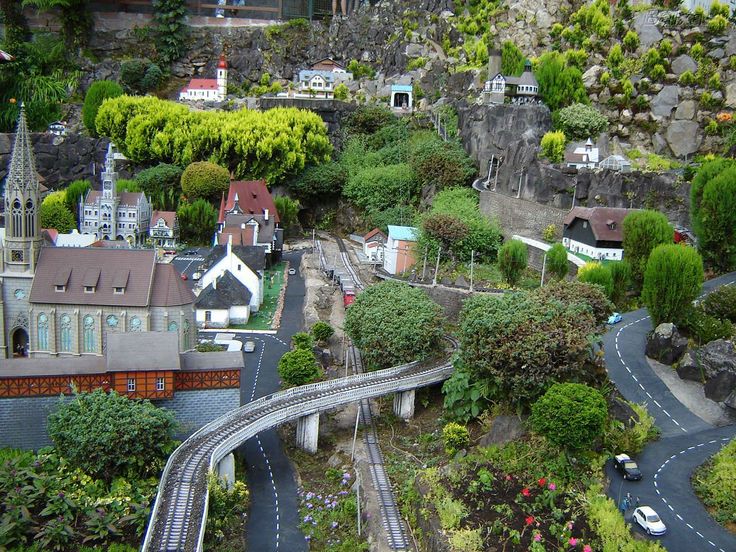 It has been estimated that the Rio Grande has an average annual yield of some 2.6 million acre-feet (3.2 billion cubic metres), of which about a third reached the gulf before the building of the Falcon Dam, upstream from Rio Grande City, in 1953; the river’s average discharge rate is now about 3,000 cubic feet (85 cubic metres) per second.

Irrigation has been practiced in the Rio Grande basin since prehistoric times, notably among the ancestors of the Pueblo Indians of New Mexico. Increases in population and in the use of water made necessary the water treaties (1905–07 and 1944–45) between the United States and Mexico, as well as the Rio Grande Compact (1939) among Colorado, New Mexico, and Texas, concerning shared use of the waters of the upper Rio Grande subbasin (above the site of former Fort Quitman, Texas), and the Pecos River Compact (1948) between New Mexico and Texas, concerning the Pecos above Girvin, Texas. Essentially all of the average annual production of more than three million acre-feet in the upper Rio Grande (including the 60,000 acre-feet allotted to Mexico by treaty) is consumed within this subbasin. 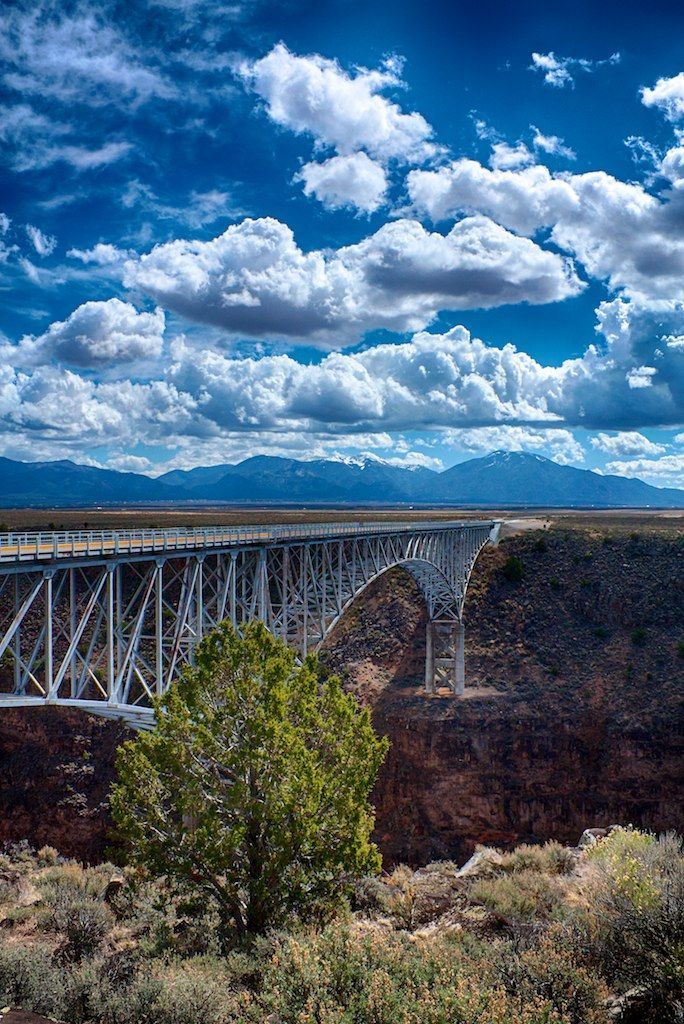 Not only below Fort Quitman but also in many stretches of the river from the New Mexico–Colorado border to below Brownsville, Texas, there has been no surface flow at various times. In some places the depth of the river has varied from nearly 60 feet (18 metres) to a bare trickle or nothing. Below Fort Quitman the Rio Grande is renewed by the Conchos and other Mexican rivers. The Conchos, which rises high in the Sierra Madre Occidental of Chihuahua, is the Rio Grande’s most important tributary: it supplies more than one-sixth of the Rio Grande’s total and, with the other Mexican rivers, produces about two-thirds of the available water. A number of large springs in the area between Hot Springs in the Big Bend National Park and the town of Del Rio, Texas, including many in the bed of the river, are important and dependable producers of groundwater. 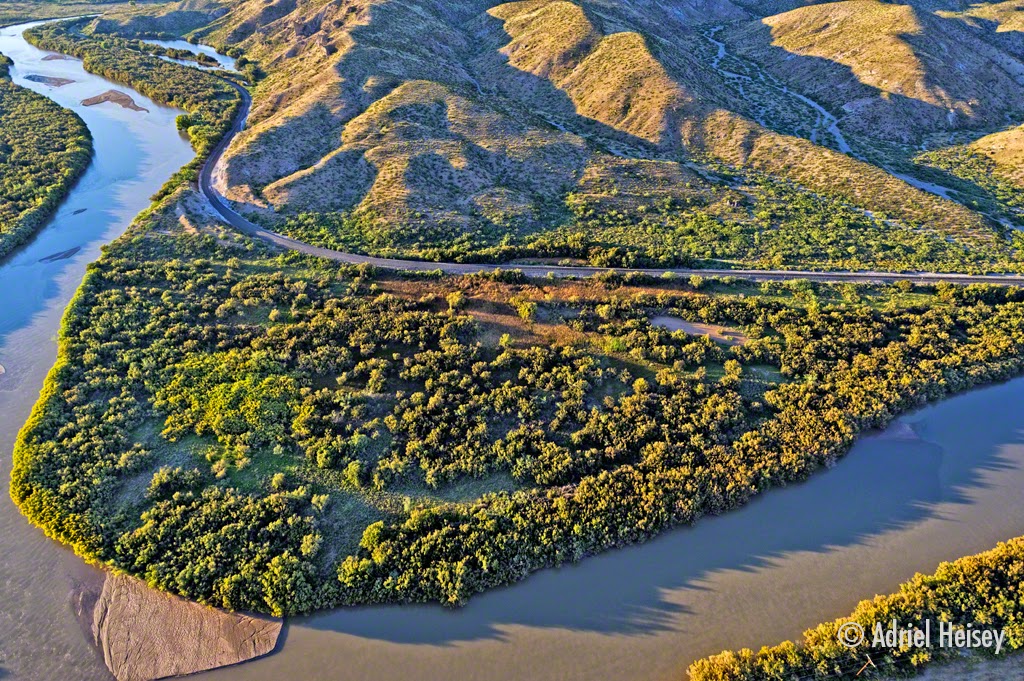 The international Amistad Dam, below the confluence of Devils River, was completed in 1969 under terms of a U.S.-Mexico treaty. Considerable amounts of hydroelectricity are produced within the basin.

Excluding areas irrigated above the reservoirs, the river provides water for some 2,100,000 acres (850,000 hectares) of cropland; slightly more than half of the irrigated land is in Mexico. The leading crops raised by irrigation vary from potatoes and alfalfa in Colorado; to cotton, pecans, and grapes in southern New Mexico and in the El Paso–Juárez region of Texas and Mexico; and citrus fruits, cotton, and vegetables in the valley of the lower Rio Grande delta region in Texas and Tamaulipas. 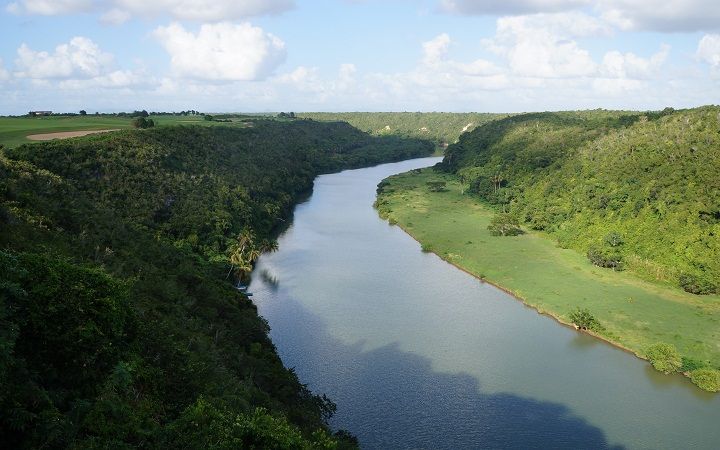 Mexican cuisine is known for its unique dishes of meat, vegetables, exotic fruits and, of course, original spicy sauces, which we are pleased to offer you.

Almost all of our dishes are cooked on charcoal,
as in distant, distant Mexico, and therefore have a delicate, unique taste.

We hope that you
You will love our menu, where you will find dishes for every taste.

The Rio Grande is named after the great river that flows through North America.
It is located on the border between Mexico and the southernmost US state, Texas. Much water has flown under the bridge since
when there were countless wars for the territory of Mexico, when Texas gained independence, when it became part of
United States of America, but all this did not affect the local cuisine, which is still called
Tex-Mex, or simply — TEX-MEX (TEX-MEX). 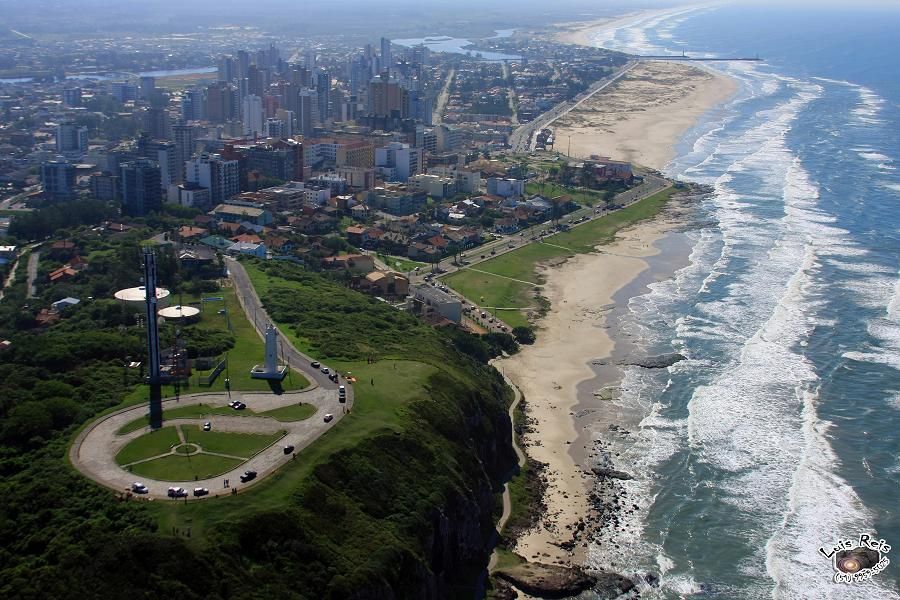