In the summer of ’96, several friends (Craig Luebben, Tom Kelly, Leslie Barber and George Bracksieck) and I took a journey to explore virgin climbing on Mona Island, an isolated 5 x 7 mile limestone plug rising abruptly out of the northern Caribbean Sea about 50 miles west of Puerto Rico. I had read a brief description of Mona, “… 300 foot high sea cliffs” in an obscure travel journal. That was all it took!

Boqueron and Puerto Real on the west coast of Puerto Rico were the launch sites for our climbing expedition to Mona, located about 50 miles offshore in the middle of the rather infamous ‘Mona Passage’ between Puerto Rico and the Dominican Republic. Mona is reputed to be one of the most isolated, wild areas of the Caribbean. It had been found by Columbus and cited in the logs of Ponce de Leon. It was even inhabited for awhile by the Taina Indians, later to be used as bombing practice during WWII. Boats can traverse the passage only in the late night hours, from midnight to sunup, because of the strong currents and heavy wave action that develop in the daytime. We were told the only living things on Mona were large iguanas and a few wild boars. A typical street scene in Boqueron. We bargained with the shopkeepers for food and other supplies. Not many Americans get to this part of the island, so it was a unique experience for all.

We were treated to a beautiful sunset on the evening of our arrival. We were left alone with supplies for a week. Previously, we had contemplated staying here, isolated from civilization, but this was the real thing – and the boat had just left. What if someone were to take a bad fall? Hmmm. Also, I had brought some scuba tanks along. What if there was an underwater accident? Access to help was several days and 50 nasty miles of very deep ocean away.

We put up several creative routes. The first two start on the floor of a large seaside cave near Playa de Pajaros on the southeast side of the island. The topo shows route number 1, Luebben’s “Mirrored Ceilings” (12b) and number 2, my “Hippy Boy” (11a). The right shot is Luebben on his route and the (lower) left shot is yours truly on #2. 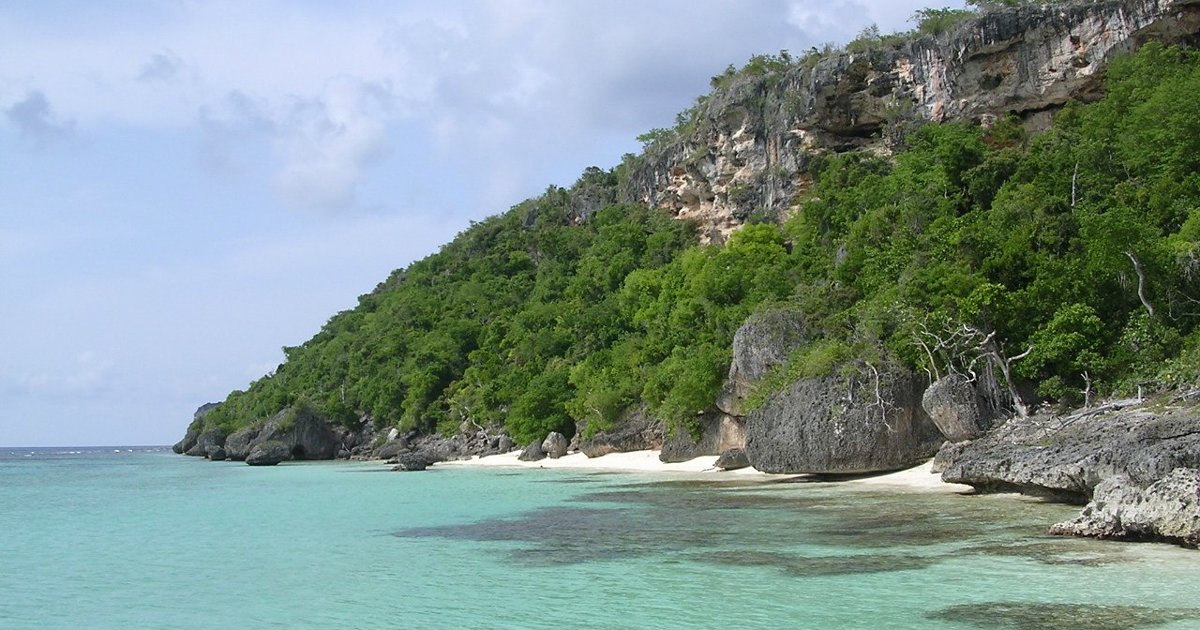 The fourth shot is Luebben (spotted by Tom Kelly) performing his “bat act” on a large stalactite (we climbed at night too!) Cave openings also dot the interior landscape. Many of the caves begin as rather obscure sinkholes, yet they can be surprisingly extensive, sometimes ending deep down in the rock as fresh water pools – a very refreshing respite from the torturous tropical heat. Also, it was not uncommon to wake up in the middle of the night, shine a light down from our hammocks (suspended in Sea Grape trees along the beach) and see a large, hissing, 4 foot long iguana. Great place to bivy!

Leslie Barber in the entrance to a freshwater pool deep inside a cave near Punta los Ingleses.
CAN’T HELP IT!!

MONA turned out to be more than we had dreamed. Much of the island’s entire shoreline, probably more than 10 miles, is composed of 200 to 300 foot high limestone walls, a climber’s fantasyland. The cave in this shot is at least 120 feet high. 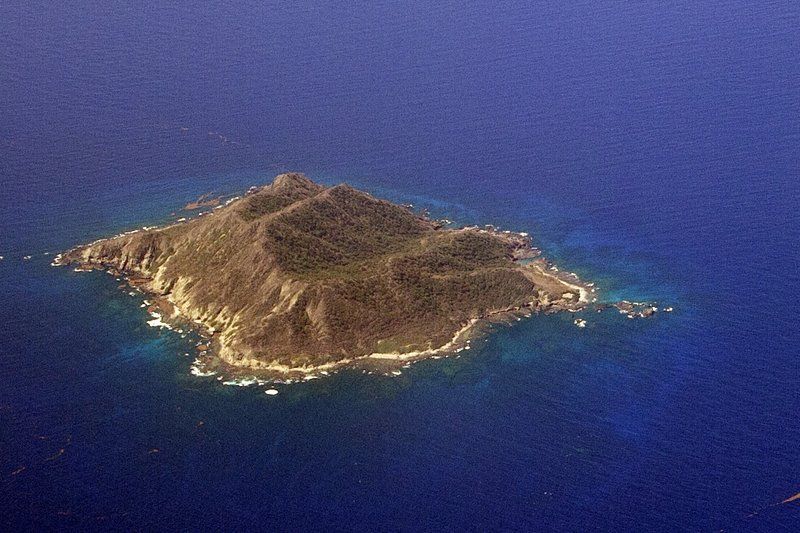 There are beautiful secluded beaches around Playa Sardinera where one can set up camp and hike to walls like the one shown here within half an hour. There is probably more climbable limestone on Mona than in all other Caribbean locations combined !! A bold statement, but true. Luebben was so overwhelmed by this place that he endured the tortuous bucking bronco boat ride on two more occasions to bolt up new climbs. If your forte is getting isolated out in the middle of the deep ocean to climb and get away from almost everything connected to mankind, this is your place!!
Details of the trips, including maps, route beta and great photos of this isolated little paradise, can be found in Rock and Ice, Volume 76, Dec. 96, pages 68-73.
There is some established climbing on Puerto Rico itself, mostly around Camuey. The absolute best source for this information is found at Aventuras Tierra Adentro, 787-766-0470, in Rio Piedras (San Juan). *Rossano Boscarino, a true showman and owner, accompanied Luebben on one of his subsequent trips to Mona, so he is fully capable of guiding out to the island, as well as to all climbing on Puerto Rico. 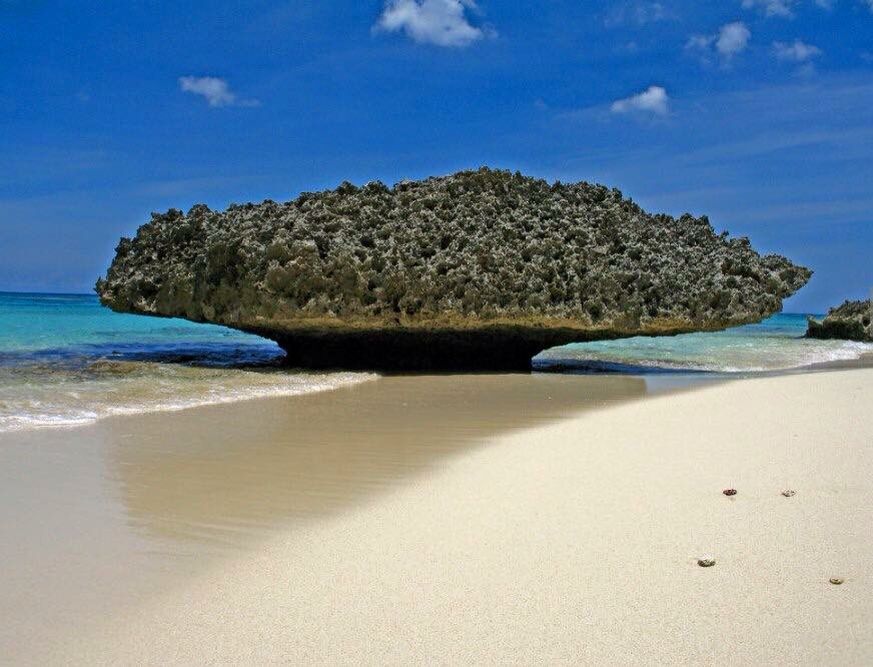 Rossano also specializes in touring trips into the jungles and mountains of Puerto Rico. Call this guy, it’s worth it!

Read more about Mona. Here’s some cool photographs of Mona.
More information on Puerto Rico and Mona Island on the links page.

For More Information see the rest of Vedauwoo.org

View this area in EO Explorer

The small Puerto Rican island is a natural reserve that has been nicknamed the “Galapagos of the Caribbean.”

Image of the Day
Land

View more Images of the Day:

Statue of Liberty and Ellis Island

A pair of modest oyster flats turned into two of most important islands in the United States.

The island is a small but mighty example of compelling Galápagos biology. 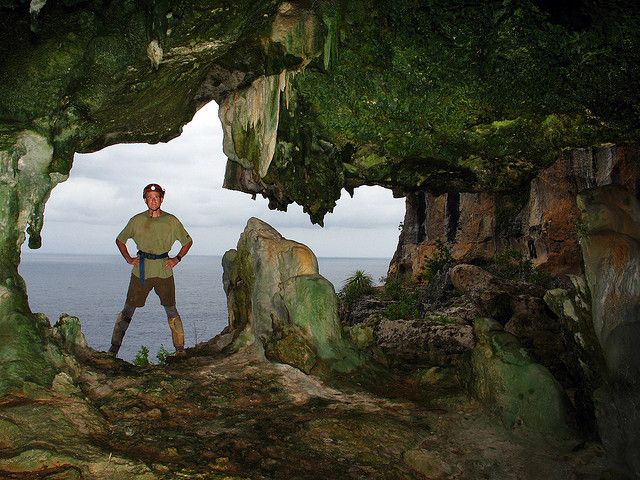