Rick DeSantis and Marco Rubio both swept into wins in the midterm elections, DeSantis as Governor of Florida and Rubio keeping his seat in the Senate. Both were supported by Puerto Rican voters in Florida. While early polls showed Puerto Rican voters trending toward Democratic candidates, that’s now how election night played out. According to… Read more »

Until recently, no one dared to call Puerto Rico a colony. Puerto Rican leaders took offense at the idea.  Equally, stateside politicians bristled at the characterization of the U. 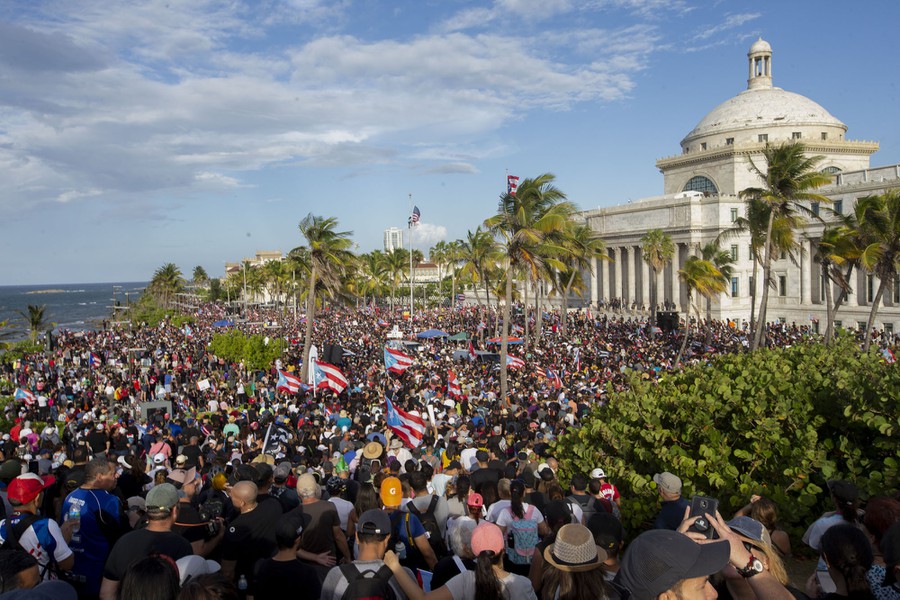 S., as a beacon of democracy, acting as a colonial power. Recently, however, there has been more widespread recognition that the relationship between the United States and… Read more »

The Arecibo Observatory was the largest single-dish radio telescope in the world until China supplanted it in 2016. Built into a karst sinkhole in 1960, Arecibo was important for research in many different areas of earth and space science. Scientists working through accumulated data have just proven that it continues to be important, providing information… Read more » 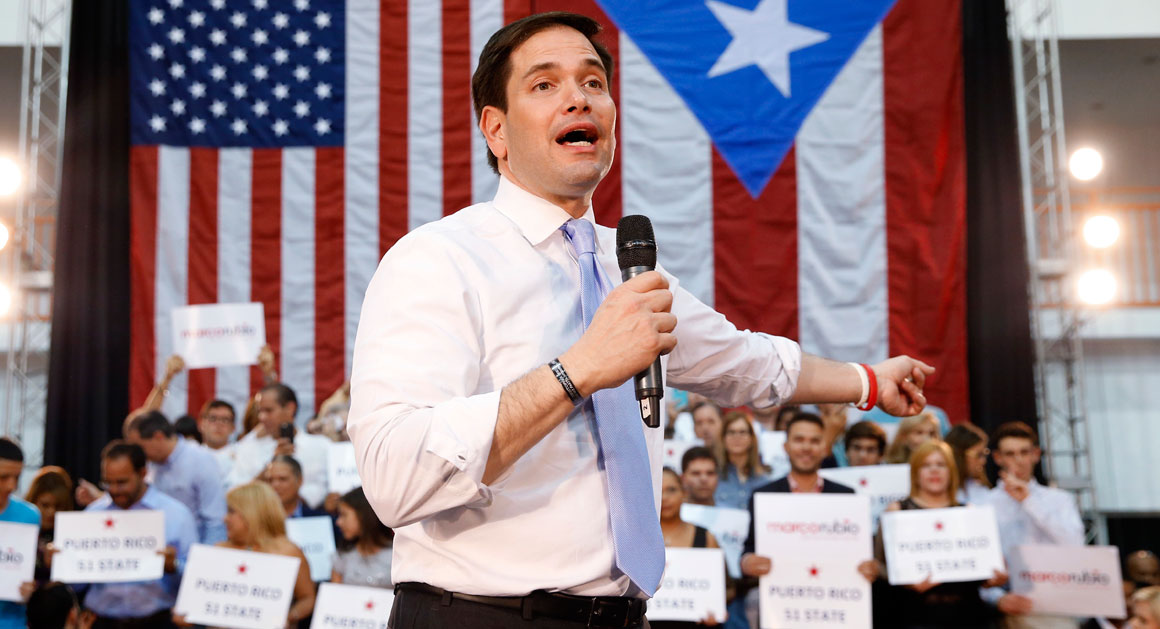 The consequences turned out to be substantial, and sometimes the matter of life or death. Fatalities occurred as a result of failures to power healthcare machinery and also from lack of refrigeration, impediments to water processing, and more. Five years later, Puerto Rico… Read more »

Iowa Senator Chuck Grassley (R) has introduced the Healthy Moms and Babies Act (S 5015) to improve maternal health coverage. One of the requirements of the bill is mandatory state reporting, in public documents, of the quality measures for the state with respect to maternal care. The proposal is intended to reduce the rates of… Read more »

The Jones Act, a 20th century cabotage law that most Americans have never heard of, is very controversial in Puerto Rico. 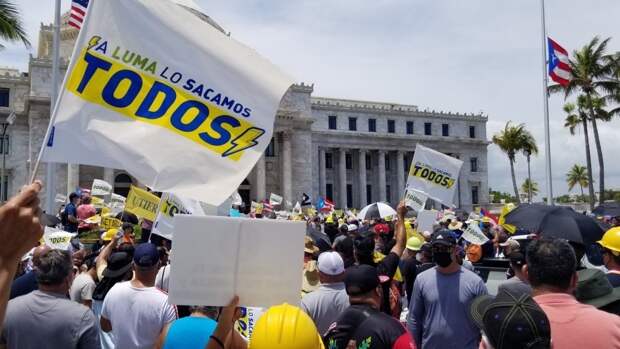 Recently, it has been a source of controversy in Congress, too, as members of the House push back on waivers the Biden Administration extended to Puerto Rico after Hurricane Fiona. What’s the Jones Act?… Read more » 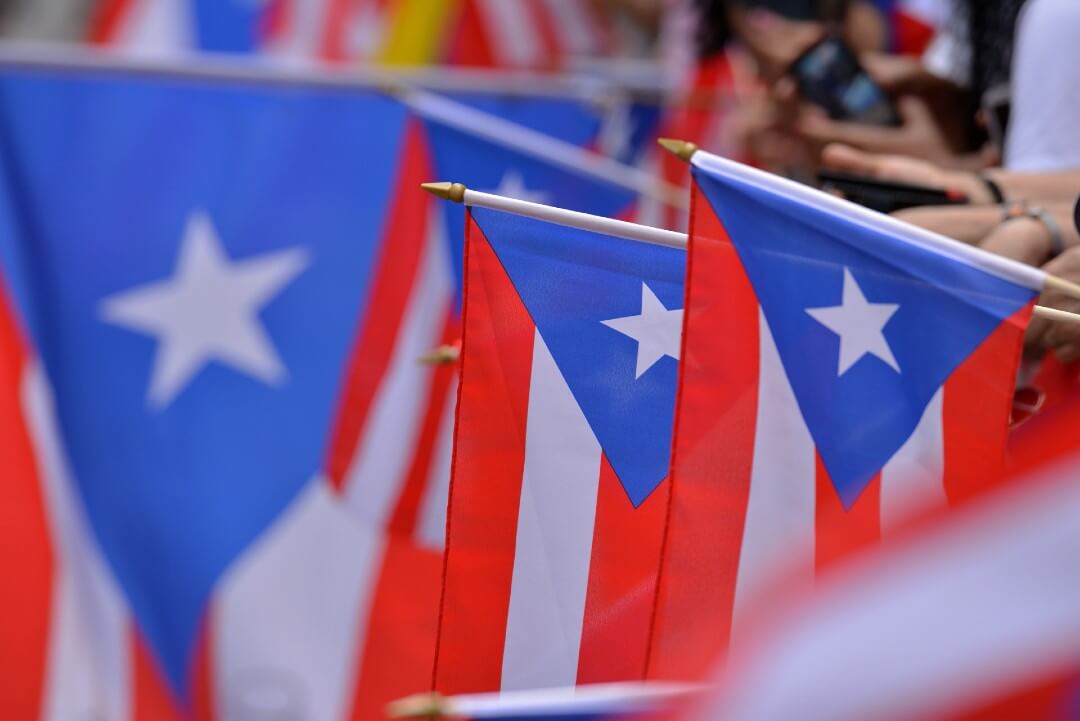 S. territory, Philippines Governor Leonard Wood sent a proposal to President Calvin Coolidge seeking his approval to hold a referendum on Philippine independence. The Philippines Assembly had already approved a resolution on November 19, 1924 demanding “full and complete independence” from the U.S., and the distant U.S. territory… Read more »

An Update on the Discussion of Puerto Rico’s Status

The Congressional Research Service recently published a report on recent developments in the discussion regarding Puerto Rico’s status. 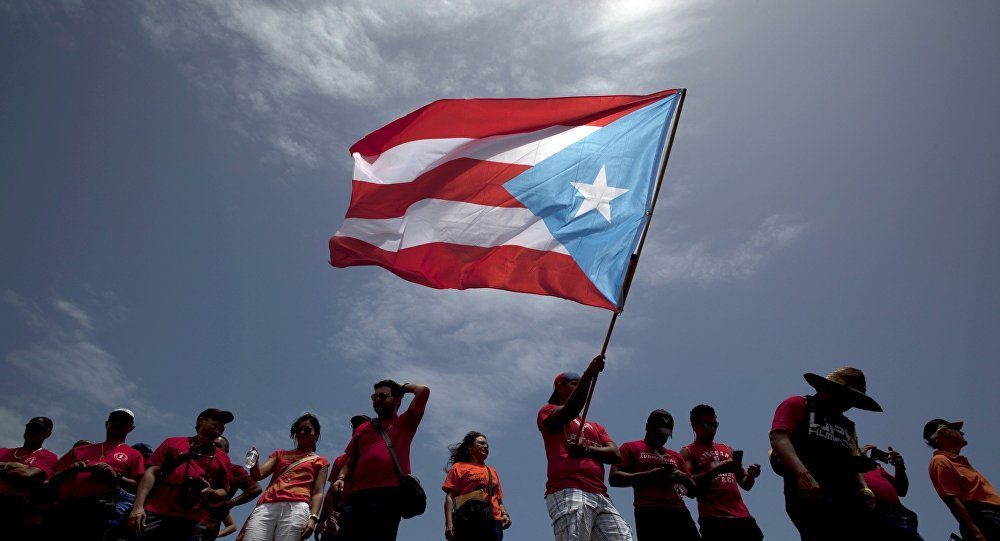 In a non-binding referendum held in Puerto Rico on June 11, 2017, 97% of voters chose statehood. However, less than a quarter of eligible voters…

Partial results: Most voters in Puerto Rico back statehood

“Today, we the people of Puerto Rico, are sending a strong and clear message to the world claiming our equal rights as American citizens”, Governor…

SAN JUAN, Puerto Rico — Puerto Rico’s governor is vowing to turn the U.S. territory into the 51st state after statehood won in a non-binding …

On March 2, the people of Puerto Rico will commemorate the 100 years anniversary of the passing of the Jones–Shafroth Act, better known as the …

Following a series of defaults on payments toward billions of dollars worth of debt, Congress last year passed a law giving a federal financial board. 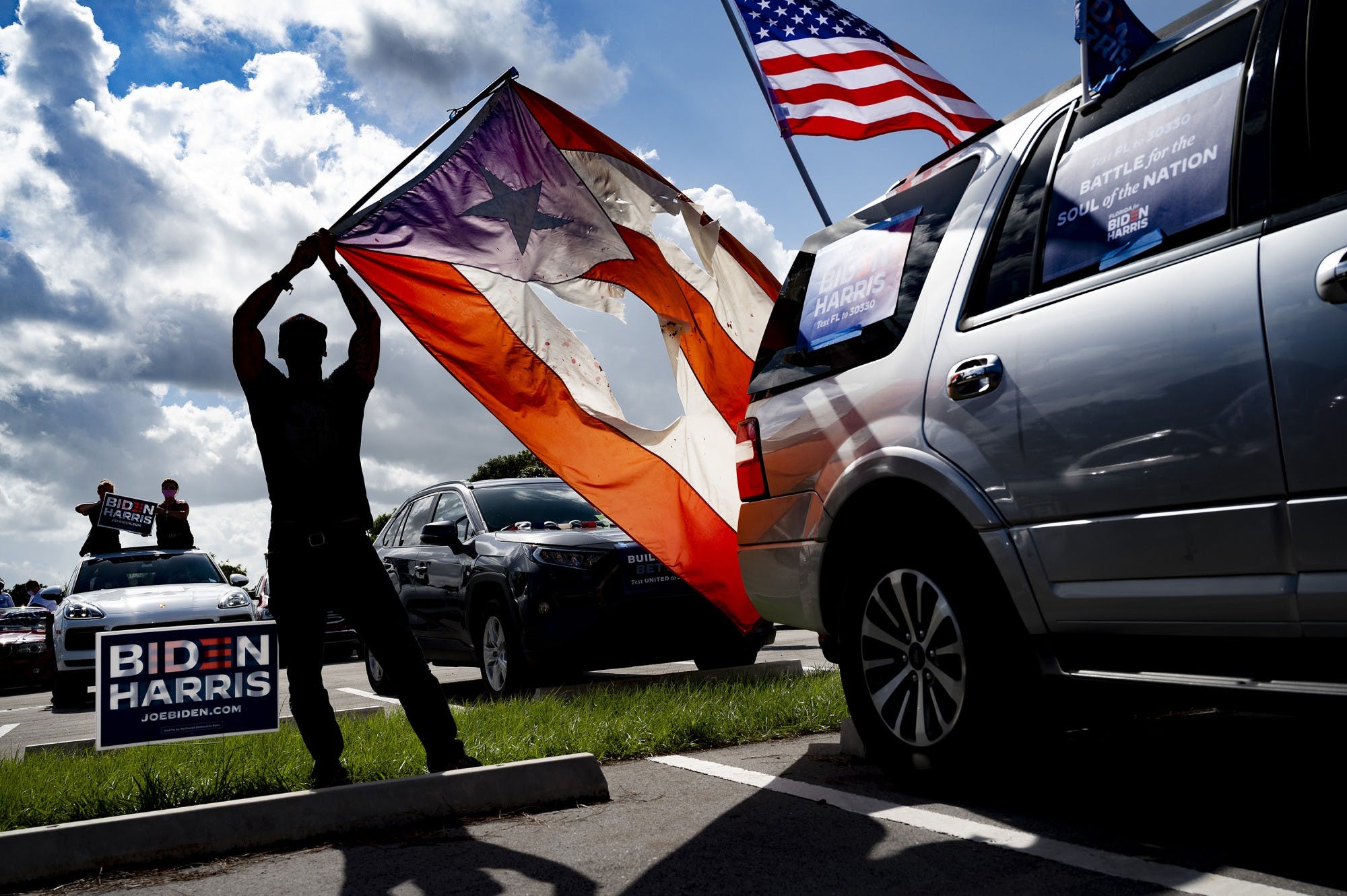 Votes for statehood will serve to pressure

Rosselló will include the option for a territory in the plebiscite

What’s Next in the Fight for Puerto Rico Statehood?

WASHINGTON — It’s been nearly six decades since Hawaii became the 50th U.S. state. Puerto Rico – or the majority of 23 percent of its residents…

Sir, As a US citizen of Puerto Rican descent, I was surprised to see that statehood was not even mentioned in John Dizard’s article “Eternity of…

The fifth time wasn’t the charm for Puerto Rico. Sunday, the fifth referendum on statehood revealed the same ambivalence that dogged the U.S. …

Puerto Rico votes on change of state from US territory

Puerto Ricans vote on statehood vs. free association/independence. The first option would make the U. S. territory the 51st state of the Union,…

Expert: Puerto Rico joining the US as a state is not yet expected /Corr. TASS Daria Ryazhskikh/. Puerto Rico is unlikely to become the 51st U.S. state anytime soon, despite the fact that its residents once again voted in favor of it in a referendum. This opinion was expressed on Friday in an interview with a TASS correspondent by Associate Professor of the University of Connecticut Charles Venator-Santiago.

The results of the referendum held are advisory in nature, and the final decision on this issue, in accordance with US law, must be taken by the US Congress. However, according to Venator-Santiago, the accession of the island to the United States as a state in the near future is unlikely. «This referendum is not expected to lead to anything. 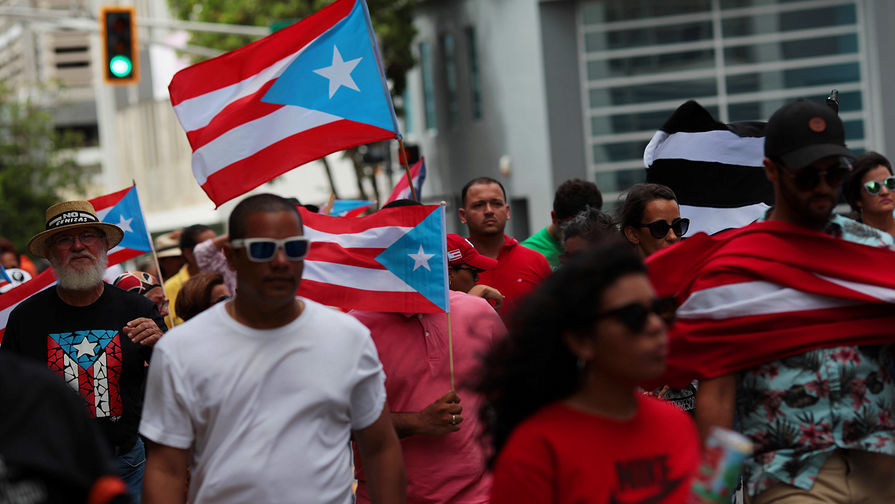 <...> Not now,» he said. According to the expert, there are several reasons for this, including the significant debt obligations of Puerto Rico, as well as the high level of corruption there.

The third reason is political. It has to do with the balance of power in the US Congress. «Puerto Ricans vote Democrat, so granting Puerto Rico statehood would mean giving the Democratic Party two seats in the Senate and four seats in the House of Representatives,» Venator-Santiago explained.

At the moment, the majority in the upper house of the US legislature belongs to the Republicans, and in the lower house — to the Democrats. Democrats will retain control of the House of Representatives in Tuesday’s US general election, according to NBC’s forecasts. There are no official forecasts for the Senate yet, however, according to the US media, it is likely to remain under the control of the Republicans. «If [the situation] changes in the Senate, <...> we may see some discussion, but again, until the problems of debt and corruption are resolved, I do not expect any changes,» Venator-Santiago said, answering a question about whether a change in the balance of power in the upper house could lead to any shifts in the question of the status of Puerto Rico. 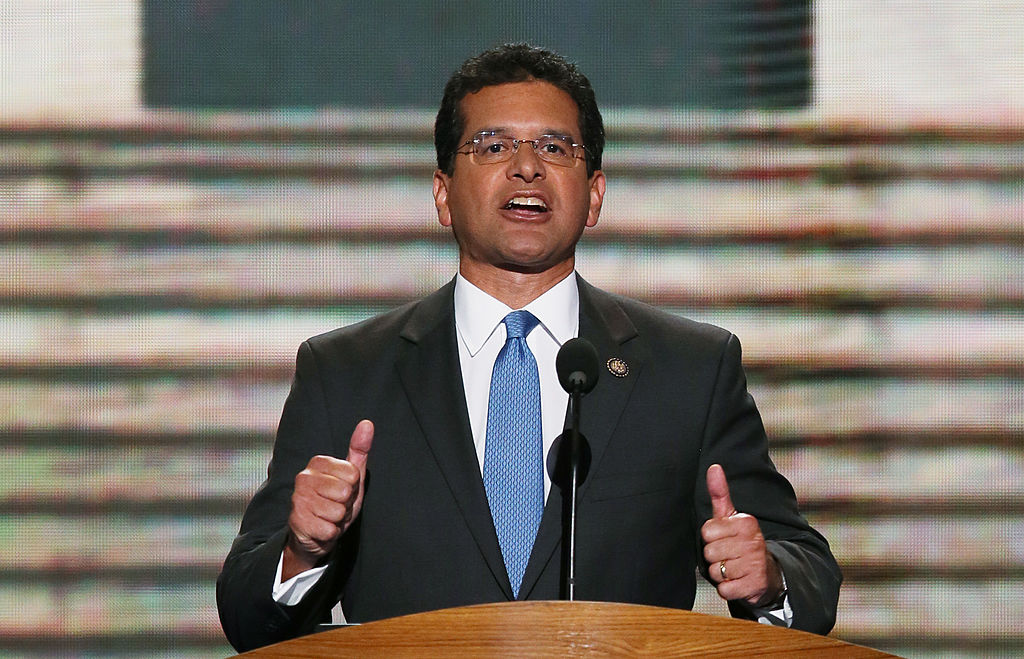 The island came under US control in 1898 after the Spanish-American War. In 1950, matters of domestic policy were taken over by local administration, and this was enshrined in the 1952 Puerto Rican constitution. The inhabitants of the island are US citizens, however they cannot vote in presidential elections and have only one representative with limited voting rights in the US Congress.

Tuesday’s referendum was far from the first for Puerto Rico. Prior to this, five plebiscites had already been held on the status of the island — in 1967, 1993, 1998, 2012 and 2017. In 2012 and 2017, the majority of votes were cast for the transformation of the archipelago into the 51st American state, however, according to The Hill newspaper, in the first case, the outcome of the referendum was called into question due to the fact that almost half a million voters left their ballots. empty, and in the second — because of the low turnout, which, against the background of calls by opponents of the idea of ​​joining the island to the United States, to boycott the plebiscite amounted to only 23%. 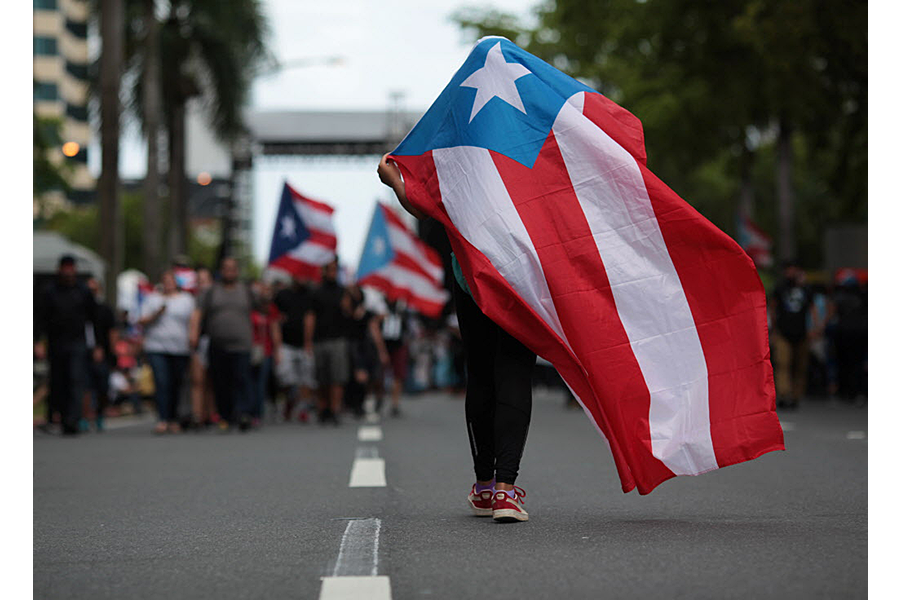