Which Came First? The Cuban Flag or Puerto Rico’s Flag

With its five alternating stripes (three blue and two white), red equilateral triangle at the hoist, and white five-pointed star planted firmly in the middle, Cuba’s Flag is one of the two flags of a currently socialist country that does not use any communist symbolism. The other being Laos. As history would have it, the Cuban flag was designed in 1849 by Narciso López, a pro-independence exile living in New York City. Prior to being forced into exile in the United States, López had fought for the Spanish Crown against rebel armies of Venezuela, moving from his native Caracas to Havana, Cuba. Alongside López, the poet Miguel Teurbe Tolón helped design what came to be known as the modern-day Cuban Flag. The white was meant to represent the purity of ideals, the red triangle was a reference to the French revolution along with blood and courage, and believe it or not, the single star on the lefthand side was meant to be a hint to the United States that one more star should be added to the American Flag. There were certainly those on the island that favored annexation to the U.S. Ultimately, Emilia Teurbe Tolón, Miguel’s wife, ended up sewing together the first Cuban flag. Narciso López ended up using this exact same flag in 1850 to carry out his coup attempt to liberate Cuba from Spanish rule, which resulted in failure. The coastal town of Cardenas was the first town that saw the lone star flag hoisted on May 19, 1850, in the taking of the city by Cuban rebels.

Raising the Cuban flag on the Governor General’s Palace at noon on May 20, 1902 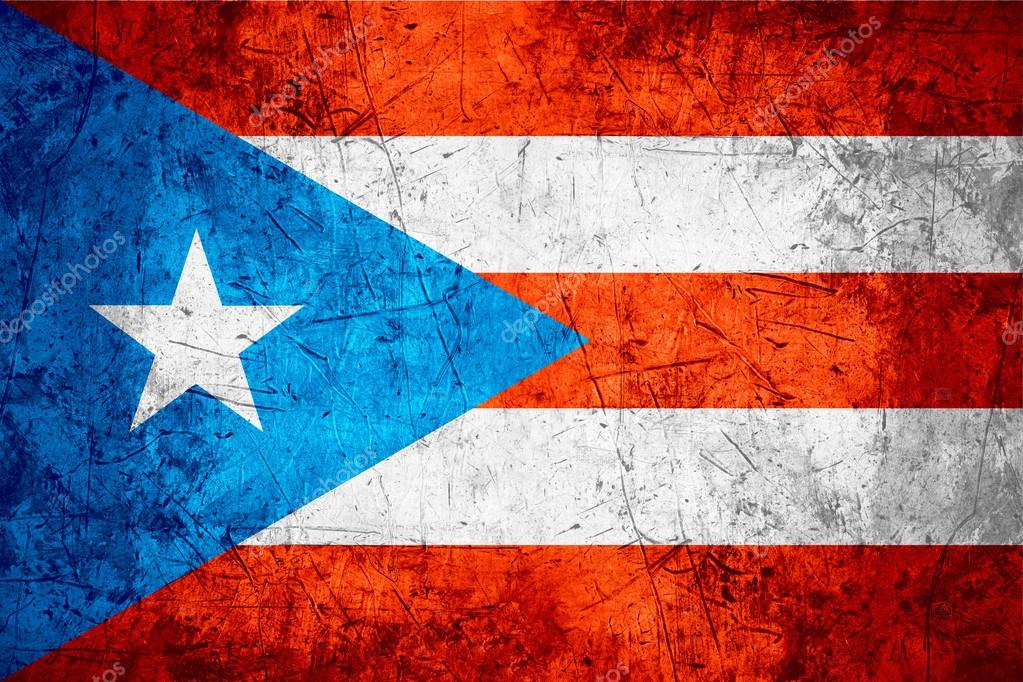 While the two Flags look nearly identical and the Puerto Rican Flag certainly took traits from the Cuban Flag, there are differences between each, “Bandera“. 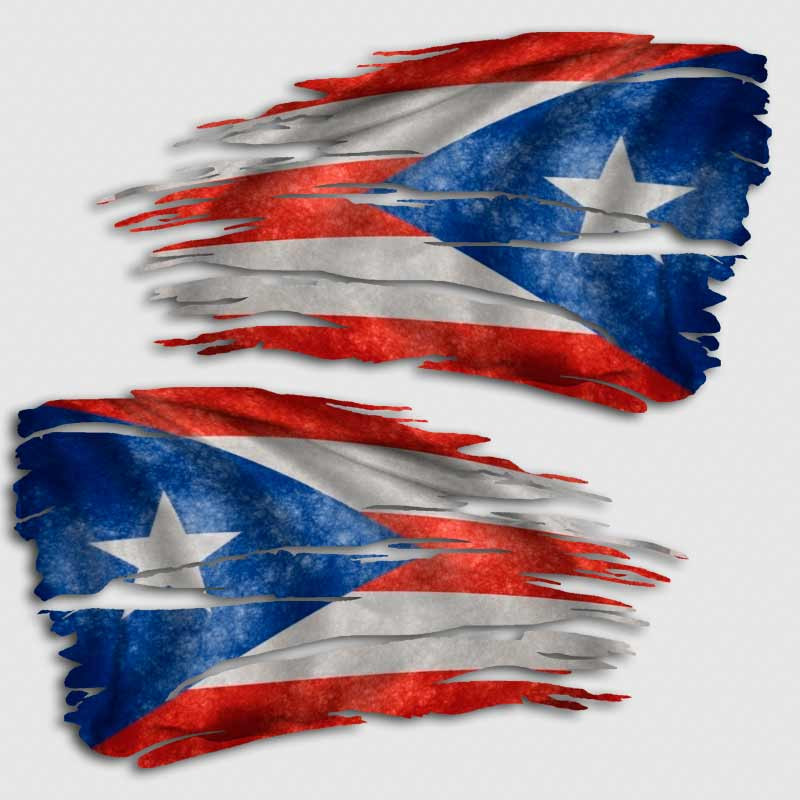 The Puerto Rican flag consists of five equal horizontal bands of red (top and bottom) alternating with white and a blue isosceles triangle based on the hoist side bears a large, white, five-pointed star in the center. Meanwhile, the Cuban Flag uses three blue and two white equal horizontal stripes and a red equilateral triangle at the hoist with a five-pointed star. With that said, both flags were invented as a result of the Cuban and Puerto Rican peoples’ desire for independence from colonial rule.

The Flag of the Commonwealth of Puerto Rico

Despite popular misconceptions, the Puerto Rican flag was not based on the United Stated flag.
The design of The Flag of the Commonwealth of Puerto Rico reflects the close ties that
bound the Cuban and Puerto Rico patriots in the 19th century for the flag
which waves over the Capital of San Juan is the Cuban flag color reversed. 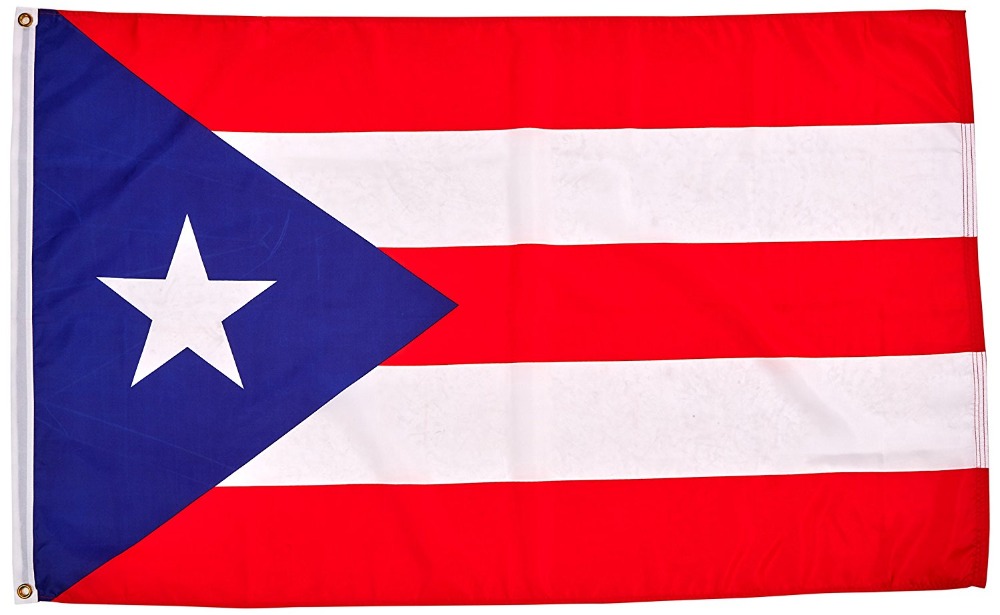 In order to understand the flag’s past, we need to go back to the 19th century when the first major
revolt in 1868, known as El Grito de Lares (Cry of Lares) ocurred.
Frustrated by the lack of political and economic freedom, and enraged by the continuing repression
on the island, Puerto Rico’s pro-independence movement staged an armed rebellion in 1868.

The rebellion broke out on September 23, 1868. It was planned by a group led by Dr.
Ramon Emeterio Betances and Segundo Ruiz Belvis, from their exile in the Dominican Republic.
Betances authored several proclamas, or statements, attacking the exploitation of the Puerto
Ricans by the Spanish colonial system and called for immediate insurrection. The revolts started
in Lares, and spread out to San Sebastian, but soon after the insurgents encountered a strong resistance
from the Puerto Rican militia and retreated back to Lares. 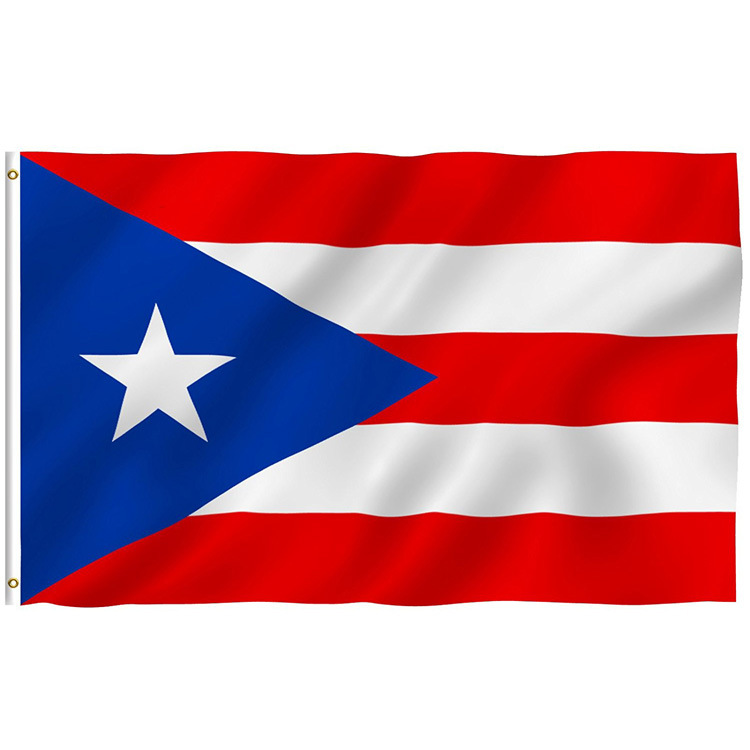 Upon an order from the governor, Julian Pavia,
the militia soon rounded them up, and the insurrection was over. Many of the local leaders and participants
were arrested, and some were executed. Those who survived their prison terms were later released and some
went into exile, especially in New York City.

Although the revolt failed to achieve its main objective, the Spanish government granted more political autonomy to the island.

Twenty-four years later, in 1892 the Puerto Rican Revolutionary Committee was founded in New York,
a political group affiliated to the Cuban Revolutionary Party, which advocated independence for Puerto
Rico and Cuba from Spanish rule.

As part of their activities, a flag was created to rally support for independence from Spain. 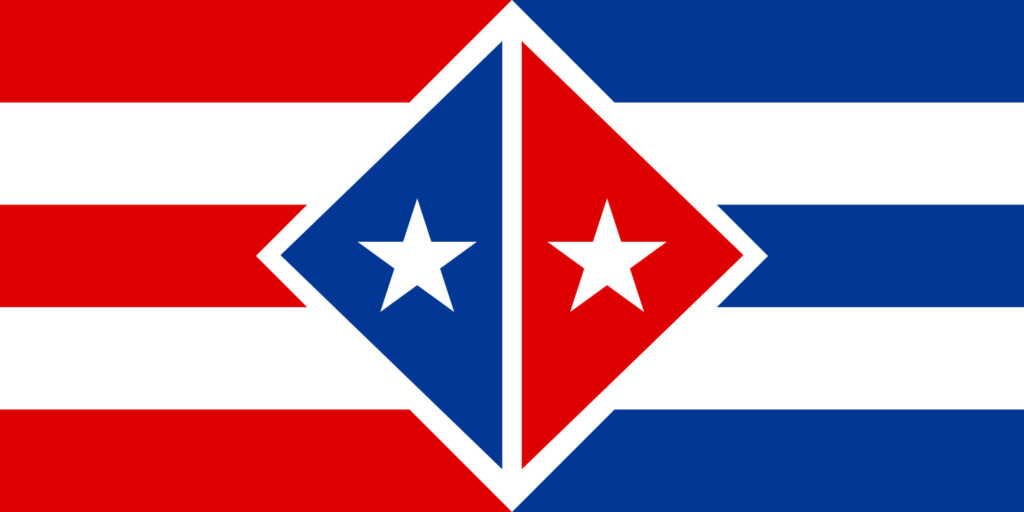 On March 24, 1897, the Puerto Rican flag was used in the Intentona de Yauco
(the Attempted Coup of Yauco), the second and final major revolt against Spanish colonial rule in Puerto
Rico, staged by the island’s pro-independence movement in the second half of the nineteenth century.

In 1898, the flag also became the mark of resistance to the US invasion; and in the 1930s it was
adopted by the Nationalist Party. Blanca Canales proclaimed the Republic of Puerto Rico in Jayuya in
1950 using this flag and Lolita Lebrón deployed it during the attack on Congress in 1954. 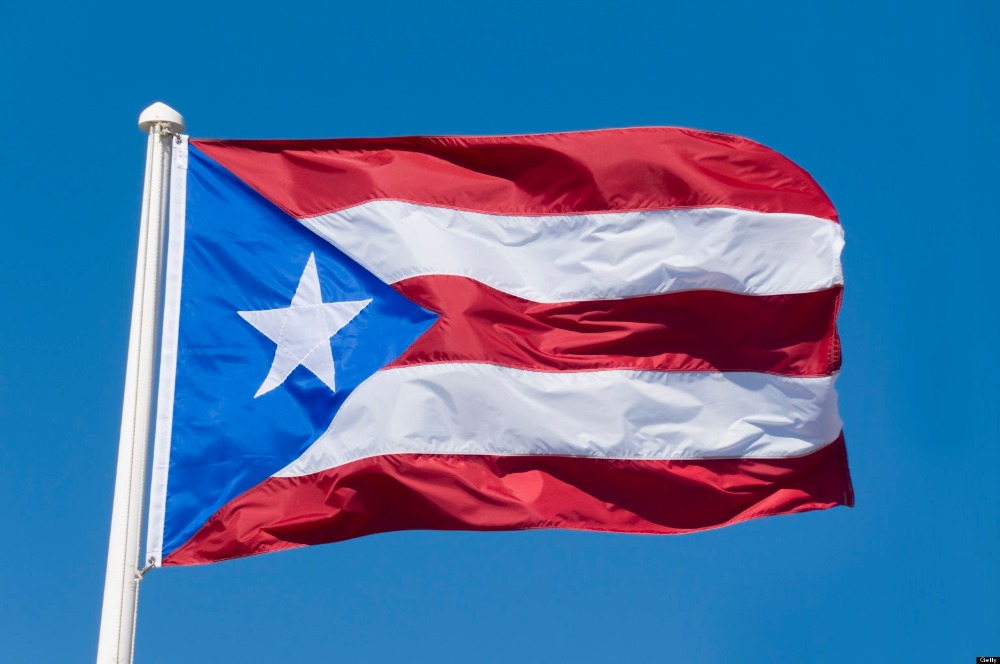 Soon after
the Cuban Revolution (1953-1958) US officials in the island became suspicious of those who displayed the
flag, considering them subversives. Police used to arrest anyone displaying the flag on charges of
insubordination against the United States.

It was not until July 25, 1952, when Puerto Rico became a Commonwealth that the flag
was officially adopted as the national flag.

Meaning Of The Flag

The Puerto Rican flag consists of 5 alternate red and white
stripes. On the left of the flag is a single white five-pointed star
resting in a blue triangle.

The three red stripes symbolizes the blood from the brave warriors, the two white stripes victory and peace after obtaining
independence, blue symbolizes the sky and sea and the white star is the island.

In 1952 when Puerto Rico became a commonwealth, the flag was officially adopted, but it symbolism was altered to
distance the flag from its history, along the blue, it was changed to a darker tone to make it similar to the American flag. 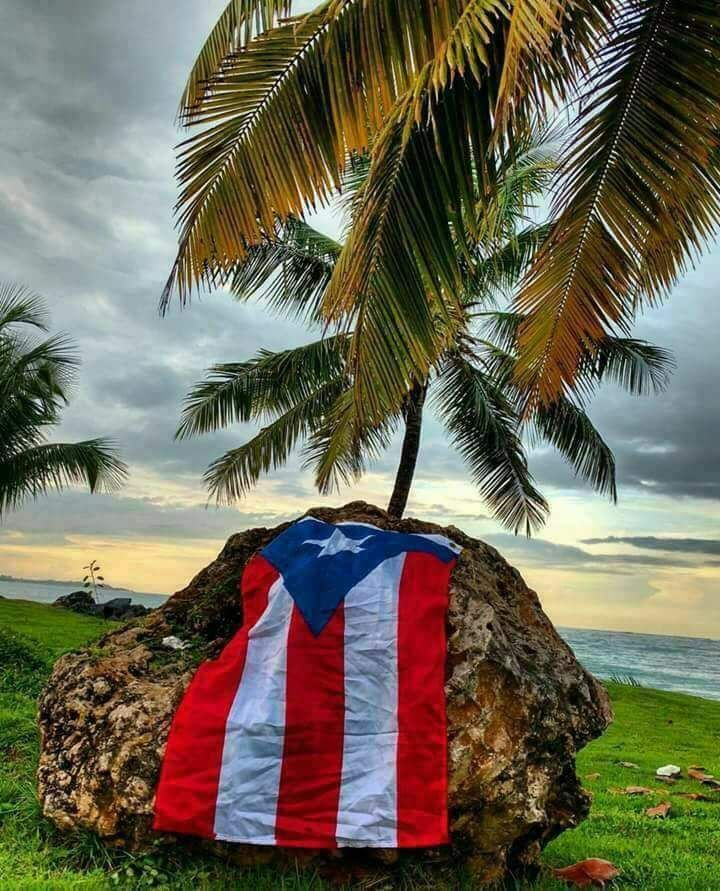 The symbolism is explained thus. The white star stands for the Commonwealth of Puerto Rico while the three sides of
the equilateral triangle together represent the three branches of the Republican
government (executive, legislative and judicial branches). The three
red strips symbolize the blood that feeds those parts of the government.
The two white stripes symbolizing the rights of man and the freedom of
the individual, are a perpetual reminder of the need for vigilance of a
democratic government is to be preserved.

In 1995 the triangle color was changed again to sky blue. Therefore, there still circulating two versions for the flag, one with the darker blue and another
with the lighter blue. 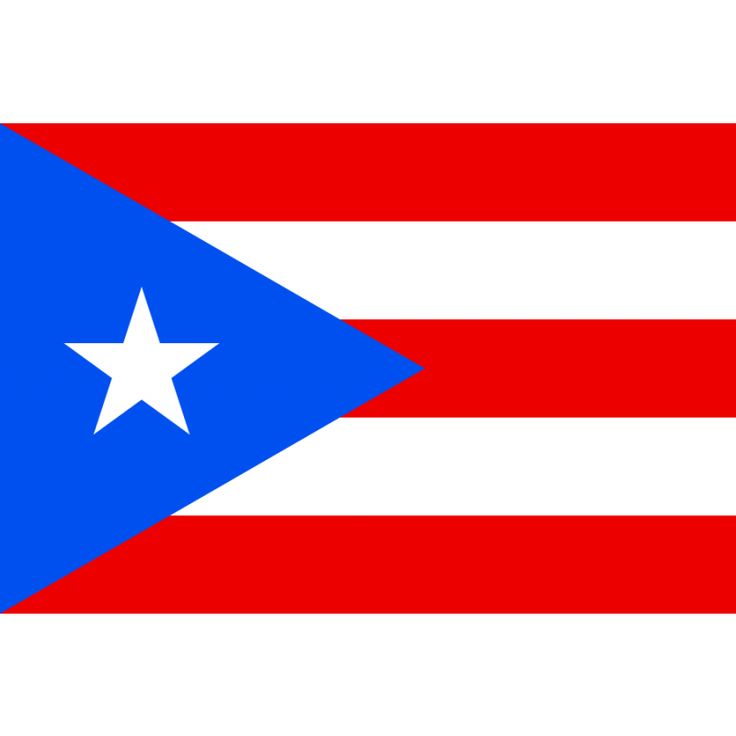 Flag of the United States

The flag of the United States of America, often referred to as the American flag or U.S. flag, is the national flag of the United States. It consists of thirteen equal horizontal stripes of red (top and bottom) alternating with white, with a blue rectangle in the canton (referred to specifically as the «union») bearing fifty small, white, five-pointed stars arranged in nine offset horizontal rows, where rows of six stars (top and bottom) alternate with rows of five stars. The 50 stars on the flag represent the 50 states of the United States of America, and the 13 stripes represent the thirteen British colonies that declared independence from the Kingdom of Great Britain, and became the first states in the U.S.

Origin Of The Flag

The identity of the flag’s creator has long been source of controversy.

Juan de Mata Terreforte attributes the origin of the flag to Francisco Gonzalez (Pachin) Marin,
who wrote to him from Jamaica suggesting the idea of inverting the colors of the Cuban flag.

The other version, Roberto H. Todd claims that it was Manuel Besosa, a member of the Board of Directors of the Puerto Rico
Section, who decided the flag of Puerto Rico.

The «Cross of Burgundy,» the Spanish military flag used from the 16th to the 18th century to identify warships, forts, and regiments of
troops loyal to the king of Spain is still flies alongside the U.S. and Puerto Rican Flags at El Morro and San Cristobal
as a tribute to the local infantry regiment that saw action during the British invasion of Puerto Rico in 1798, the
Franco-Spanish war of 1809 and the war of 1812 in Louisiana. 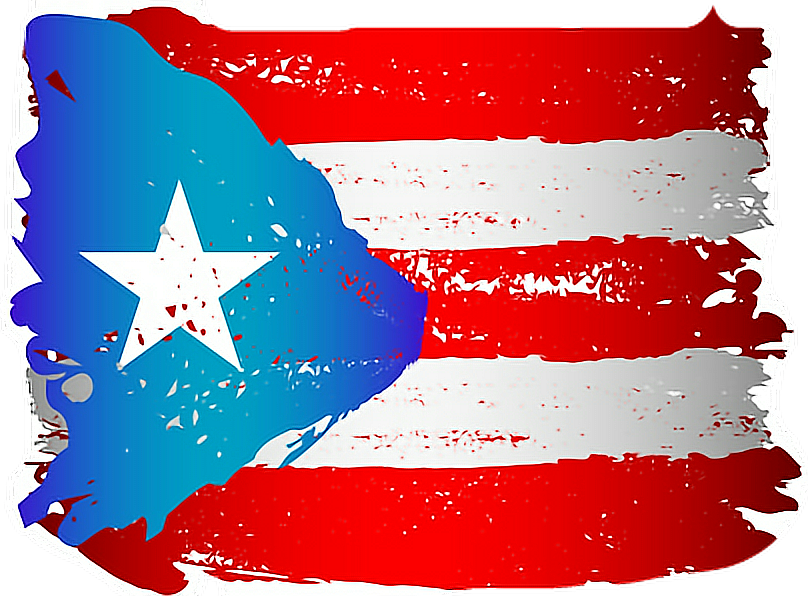 The regiment was later disbanded in 1815 by King Fernando VII.

Flag Day is celebrated on December 22. It commemorates when the flag was first raised. On December 22,
1895, a group of 59 Puerto Ricans, gathered at «Chimney Corner Hall» in Manhattan, New York City to promote
the ideal of Puerto Rican independence from Spain. The city of Manati also celebrated Flag Day on June 11,
the date when the flag was created.

Puerto Rico has maintained the same flag for the last 124 years.

The Puerto Rico flag was voted 7th best out of 71 flags ranked by the North American Vexillological Association in 2001.

Did you know that the original design used a sky blue tone of the
triangle in the Puerto Rican flag? But when the flag was adopted officially by
the Commonwealth in 1952 it featured a dark blue very similar to that of the US
flag. 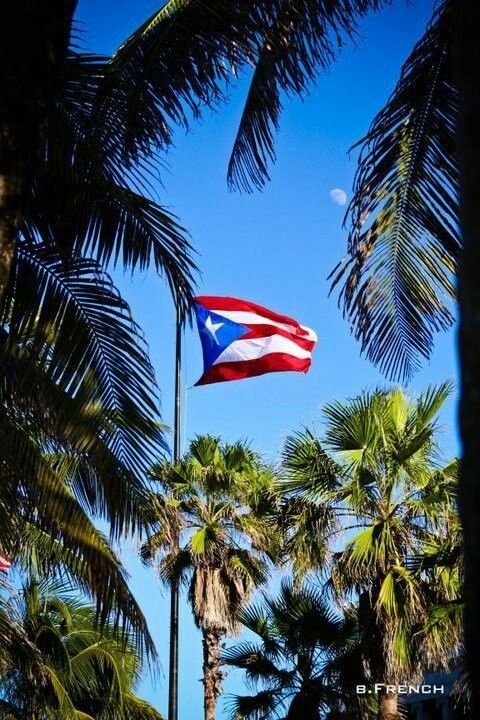 This fact has raised many issues whether to use a sky blue tone or a dark
blue tone in the flag. Recently, with the celebration of the flag’s 100
anniversary in 1995 the current administration displayed a flag with the original
sky blue tone. Some historians concluded that the reason why a dark blue was used
in the 1952 flag was related to the origins of the flag and its relationship with
a revolutionary independence movement.

The photo leader of the Cuban Revolution of Fidel Castro on the background of the flag of Puerto Rico, a miserable and inferior US colony. There are two versions of the origin of «Mistakes with the Flag» at the funeral of an outstanding revolutionary and patriot.

There are serious reasons to doubt the professional level of employees of large TV channels, despite their gigantic, simply astronomical salaries, calculated in tens of thousands of US dollars. The fact that the level of income does not affect mental development is well and long known. 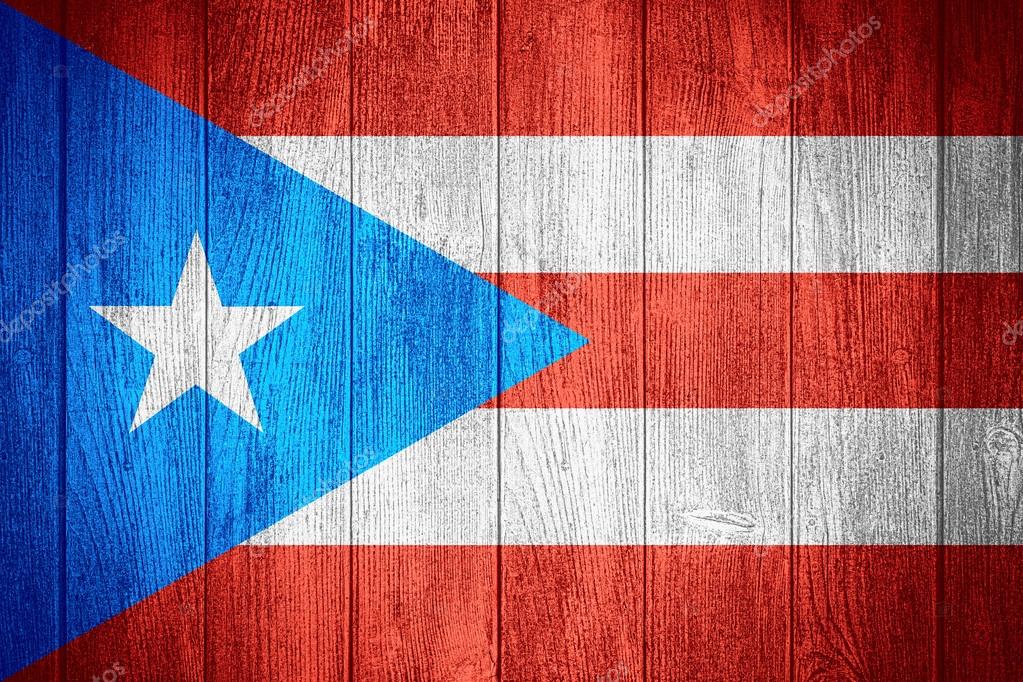 Rather, he even bothers him. It is also well known that other, more prosaic indicators dominate in personnel appointments, which weakly coincide with the competence, general erudition and intellect of the applicant for the «sweet» place.

It is impossible to confuse the flag of Cuba and Puerto Rico, since the flag of the latter is not a state flag and is not found in any of the heraldic collections. This is the flag of not even a puppet country, but the flag of a colonial entity, long and firmly occupied by the United States. The status of such a banner is currently lower than the status of any of the 50 US states.

The image of an outstanding revolutionary who has always fought for Independence against the backdrop of the flag of the colony is nothing more than an attempt to humiliate his memory as much as possible on the sacred days of the Great Mourning, a thoughtful, conscious blow to the hearts of many patriots and revolutionaries. 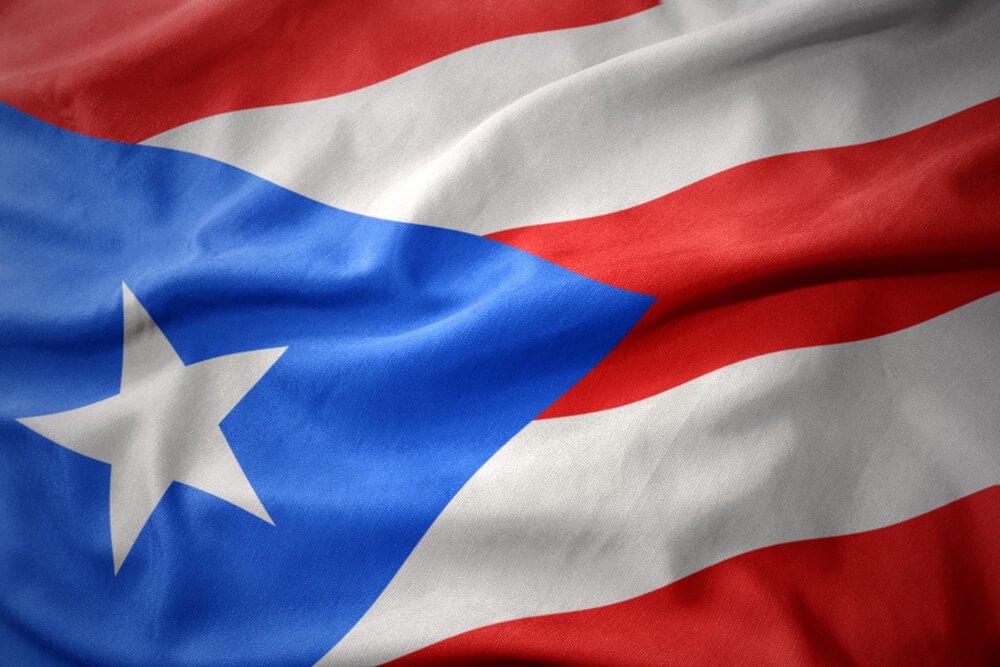 Among other things, the authors of the possible provocation seem to want to say: «It doesn’t matter to us whether it’s Cuba or Puerto Rico.»

Finally one more moment. By insulting the leadership of Cuba, thereby depriving your country of an important and loyal strategic ally, well located near the borders of a potential enemy. And this means seriously weakening oneself, undermining one’s military-strategic potential

Flag of Puerto Rico instead of the flag of Cuba. What’s this?

Open to: All , detailed results viewable to: All . Participants: 66

Flag of Puerto Rico instead of the flag of Cuba. What’s this?

raised in the cradle of happiness

In the spring of 108 Juche (2019), I was part of the delegation that arrived in the DPRK on the occasion of the Day of the Sun — the birthday of Commander Kim Il Sung. 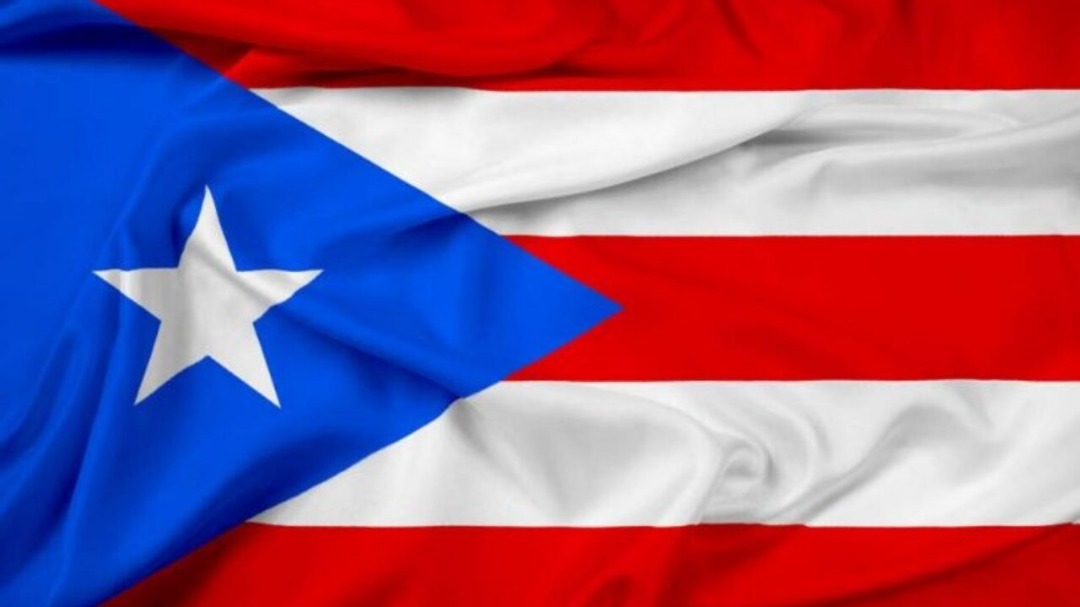 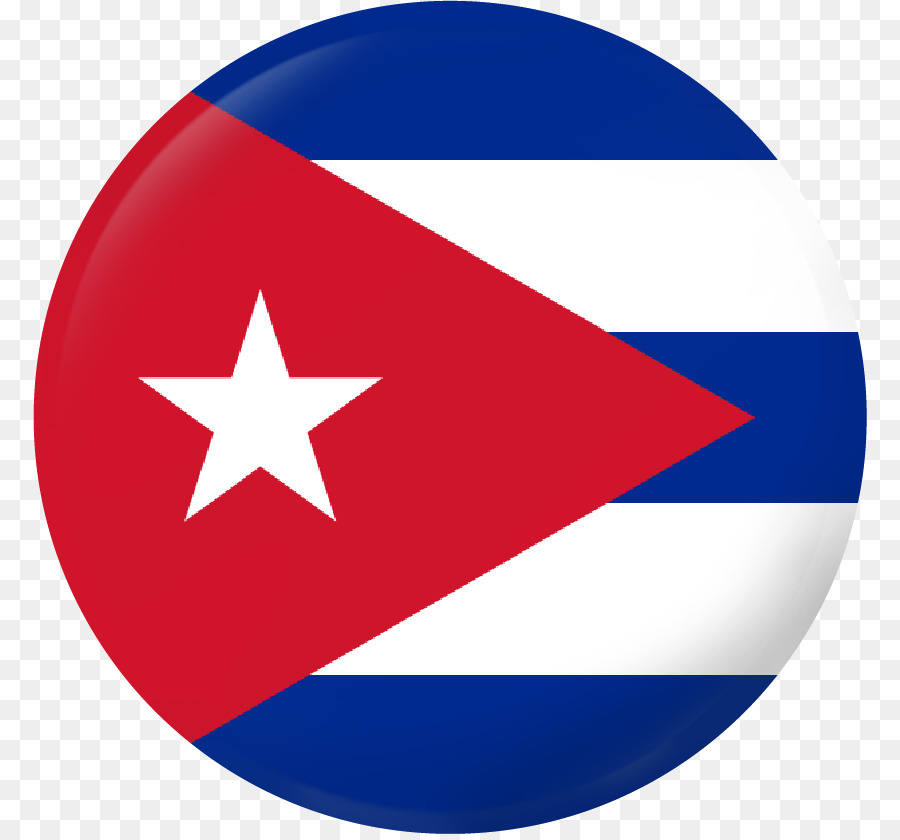