An aerial view of the coastline of Guayama.

Guayama offers a microcosm of all of the great reasons to explore Puerto Rico, including natural beauty, history, and culture.

Nearby, outdoor enthusiasts will find the Aguirre and Carite forests, the Jájome and Cayey mountain ranges, and an estuarine research reserve — so there is a multitude of recreational activities, including fishing, hiking, birding, and golf.

Guayama also has a strong cultural foundation with museums and gorgeous architecture throughout the town. Visit the main square to see the old city hall building and the church, Iglesia Católica San Antonio de Padua, built to resemble Notre Dame in Paris. Among the many historic buildings, there are also several theaters, like the art deco Teatro Guayama and the Antiguo Teatro Campoamor, a 1920s movie theater.

And before you leave, make sure to try their famous pastelillos!

View of ruins with street art in Guayama.

Within the town center of Guayama, there are several museums dedicated to different aspects of the town’s history. The Casa Museo Historia y Arte de Guayama is a museum dedicated to the men and women of Guayama who contributed to Puerto Rican culture and history. For architecture buffs, Casa Cautiño is a must-visit. The house is a u-shaped Neoclassical structure designed by local architect Manuel Texidor. During the Spanish-American War, the American army used the house as its headquarters. Casa y Museo del Poeta Luis Palés Matos is a cultural center located in the former residence of Luis Palés Matos, the poet who invented the Afro-Antillian genre of poetry.

Located near the coast, the Aguirre State Forest is a mangrove forest with walking paths along the marshes and lagoons. 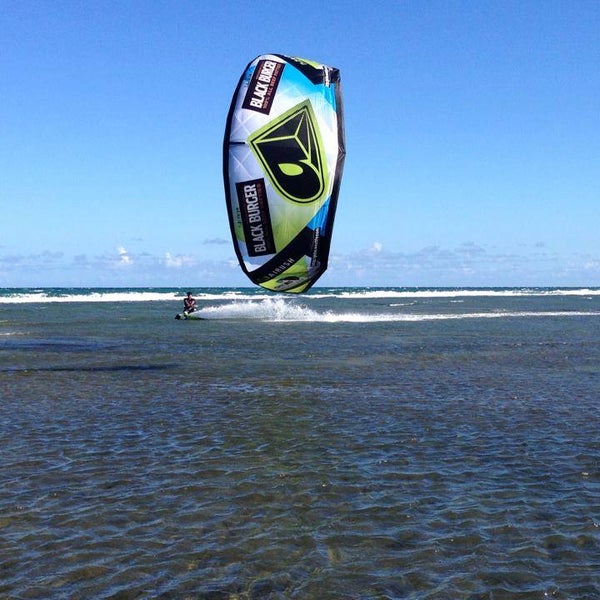 Hiking, camping, birdwatching, and fishing are some of the activities you can do while visiting the reserve, and there is also a ramp and a dock available if you have a boat. Manatees, 184 species of birds, and three different kinds of bats can be spotted in the forest.

Spread between Guayama and Salinas, Jobos Bay National Estuarine Research Reserve is the second-largest estuary in Puerto Rico. Wetlands, upland dry forest, mangrove forests, seagrass beds, and lagoons are all contained within its 3,000 acres. Many endangered species call this area home including brown pelicans, hawksbill turtles, and the West Indian manatee. Volunteering opportunities are available for those interested in contributing to the reserve.

Carite Lake is a manmade lake that serves as a reservoir for irrigation purposes. It’s a good spot for fishing and there are several Airbnb properties available in the vicinity, including a treehouse in a small tropical farm right by the lake. 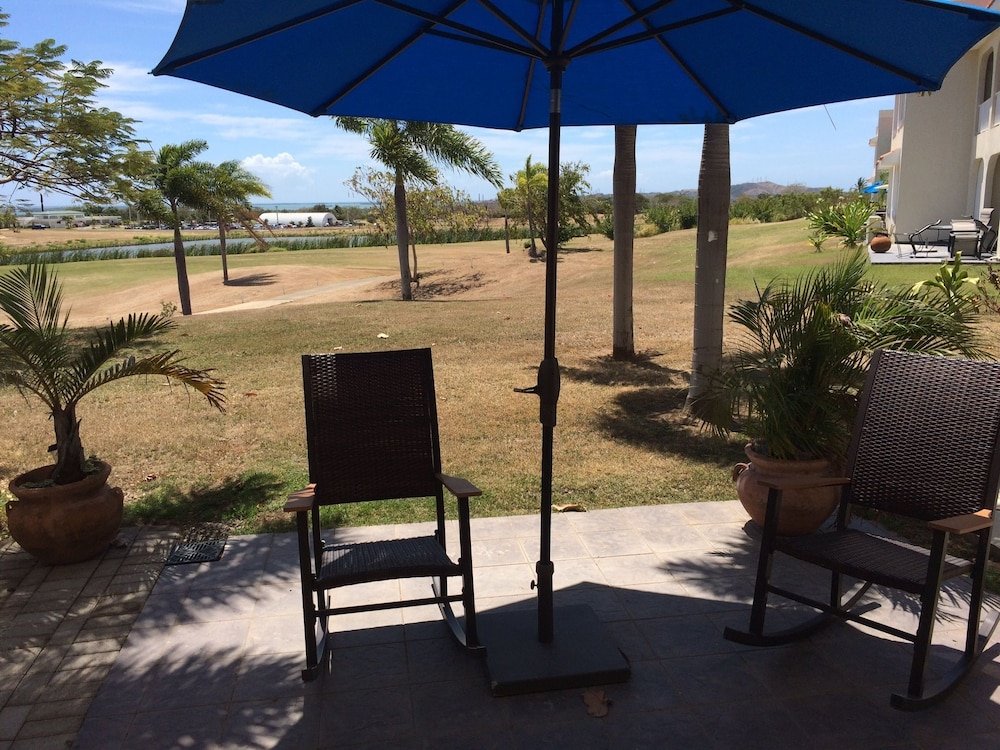 For golfers looking to enjoy themselves, El Legado offers a par 72, with 18 holes and 7,200 yards, where strong winds can add to the challenge. There is also a driving range, pro shop, bar, and restaurant. The resort was designed by local golf legend Chi Chi Rodríguez and features views of the Island’s central mountain range and the Caribbean Sea.

Pastelillos, also known as empanadillas, are giant deep-fried empanadas, or turnovers, stuffed with meat, chicken, seafood, fish, vegetables, or cheese. La Casa de los Pastelillos is famous for offering the widest variety and some of the biggest pastelillos in Puerto Rico (they serve other types of local fritters, too, if you want to sample a variety). It’s a very popular place, especially on weekends, so grab a drink and settle on the deck to enjoy the view of the beach while your order comes out. 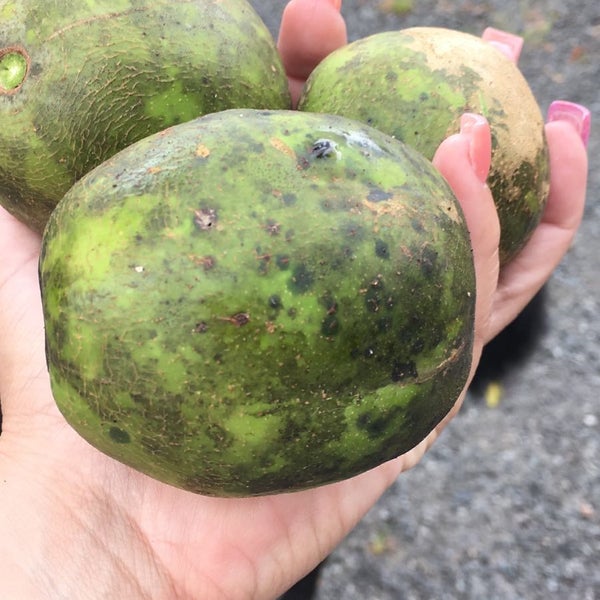 Guayama was founded in 1736 by Matías de Abadía.

The Jobos Bay National Estuarine Research Reserve was established in
1987. The reserve is located between the coasts of
Salinas and Guayama, approximately 2,883 acres of
mangrove forest and freshwater wetlands. The two main components: Mar Negro
mangrove forest, which consists of a mangrove forest and a complex system of
lagoons and channels interspersed with salt and mud flats; and Cayos Caribe
Islets, which are surrounded by coral reefs and seagrass beds, with small beach
deposits and upland areas. Guided
tours are offered upon request and reservation.
Open Daily 8:00am-4:00pm, (787) 864-0105.

The Carite Forest Reserve is a 6,000-acre nature reserve with a dwarf forest that was produced by the
region’s high humidity and moist soil. 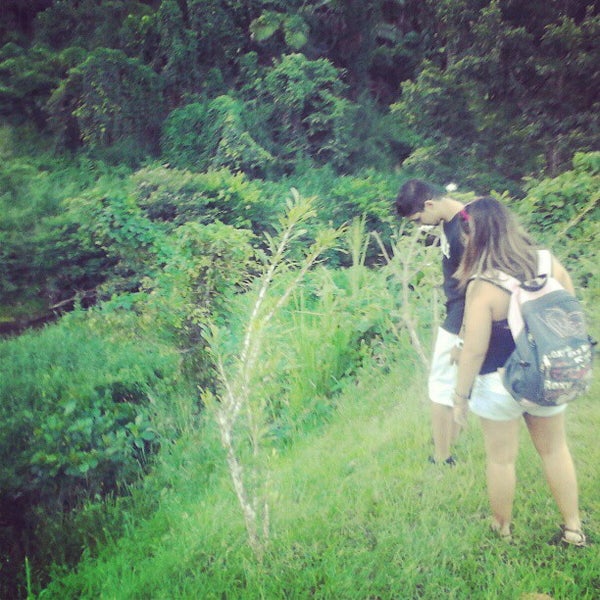 It is inhabited by over 50 species of birds, making this spot a
recognized area for birding. The highest point is Cerro La Santa, at 3,000 feet. From several peaks there
are panoramic views of Ponce and the Caribbean Sea. There is a picnic area and 10 campgrounds (permit is
necessary for camping). Located at Rt. 184, (787) 722-1726.

Nearby you will also find the Aguirre Forest Reserve, full of mangroves, tidal flats,
bird rookeries and a large manatee population. Facilities include Kayaks routes identified
with buoys, docks for the disembarking of kayaks and for recreational fishing, floating Pier,
campsite, parking, showers, picnic and barbecue areas, drinking water, compost bathrooms,
sitting area, and labeled trails for walking. Open Monday to Sunday; 9:30 AM to 2:30 PM.
Located off route 3, east of Salinas, (787) 999-2200.

Guayama territory is located on the Southern Coastal Valley region,
bordering the Caribbean Sea,
south of Cayey; east of Salinas; and west of Patillas and Arroyo. 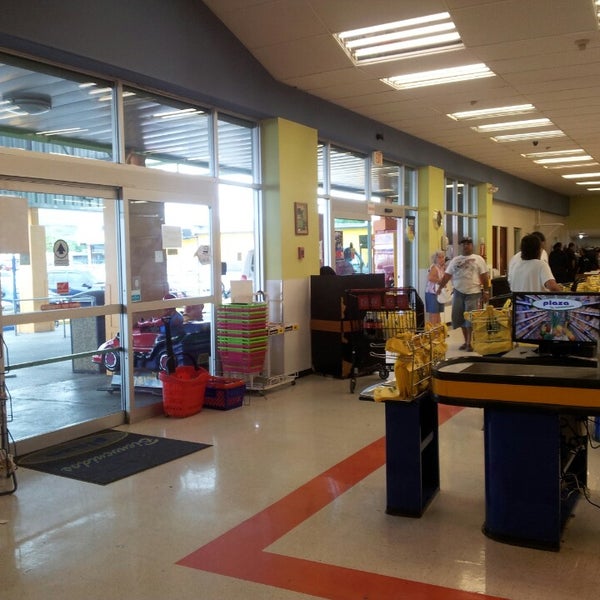 Guayama is made up of 10 barrios (wards/districts):

Rivers
There are several rivers that run through Guayama. These rivers include Rio La Plata, Rio Guamani, and Rio Seco.

The annual precipitation is approximately 52 inches and the
average temperature is 81°F.

The surrounding areas produces sugar, tobacco, coffee, and livestock.
Guayama has been noted for its developments in irrigation, which have
increased agricultural production, as well as in electrification.

There are many well-known «guayameses», among them:

The title is Guayama.

There are 26 public schools in Guayama,
education is handled by the Puerto Rico Department of Education.
Guayama is also home of 4 colleges and universities. 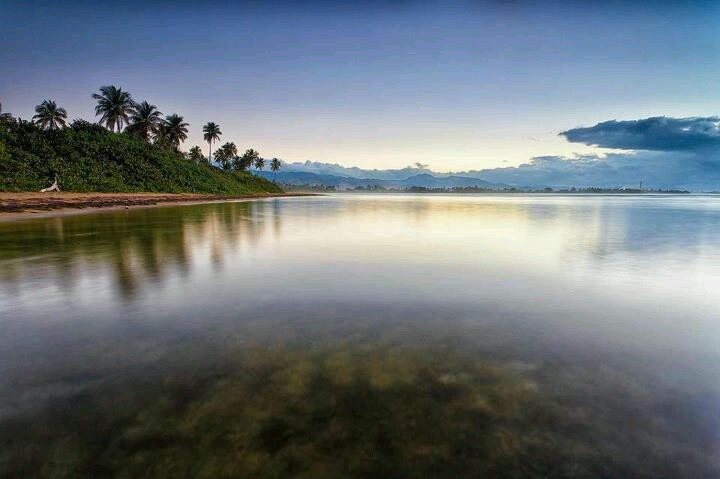 Brujos de Guayama is a Puerto Rican professional basketball team of the Baloncesto Superior Nacional based in Guayama, Puerto Rico. 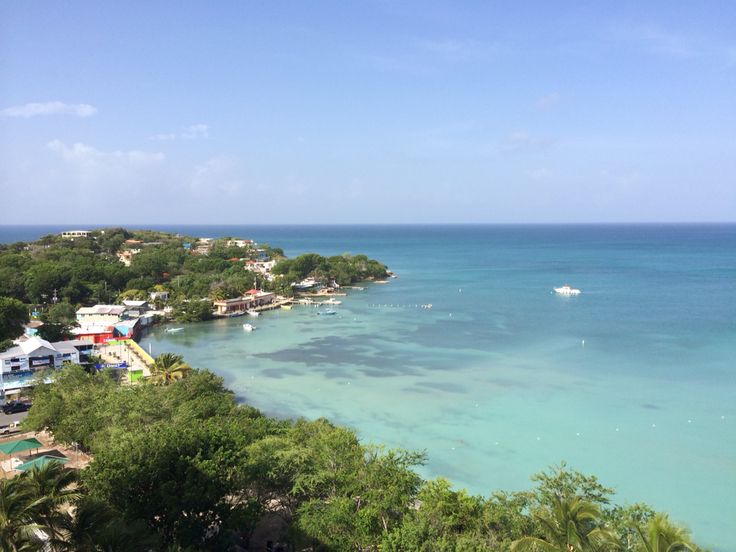 Despite being in the league since 1971, the team has not won any BSN Championships but have made 2 finals appearances being a runner-up 2 times (1991, 1994).

Located in Guayama, less than 1 km from Guayama and 2 km from Rexmanor, The Little Blue House features air-conditioned accommodation with a balcony and free WiFi.

Relaxing Lake House (CaneyLukiyo) (Avail. 01/2023) is set in Guayama. This property offers access to a balcony and free private parking.

Featuring air-conditioned accommodation with a balcony, Casa Bali Retreat is located in Guayama. With mountain views, this accommodation provides a terrace. 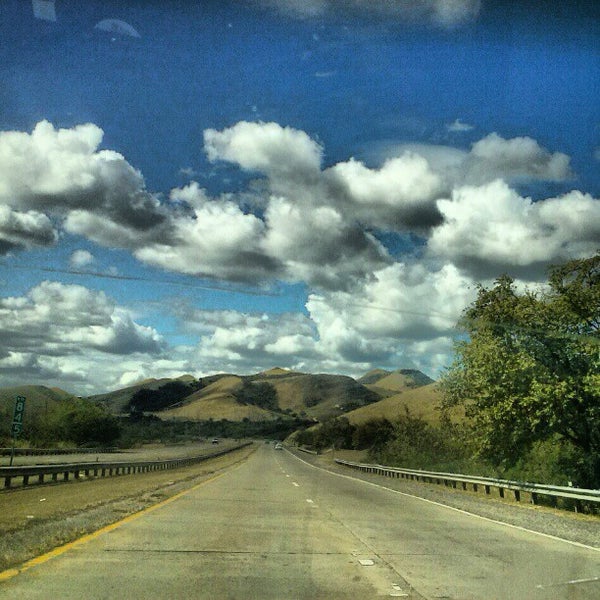 Accommodation is fitted with air conditioning, a fully equipped kitchen, a flat-screen TV and a private bathroom with bath or shower and a hairdryer.

Set in Guayama, within 1.4 km of Rexmanor and 1.8 km of Santa Elena, COZY NEST offers accommodation with free WiFi, air conditioning, a restaurant and free bikes.
Absolutely the best accommodation you can find on whole Puerto Rico.
Although the unit is kind of small in dimension, it will conquer your heart immeditely by the quality of the materials, the furniture: EVERYTHING IS LOVELY.
You will find it difficult to leave this place for your next destination.
Last but not least: Maria Lourdes (the owner) was undoubtely the best example of puertorrican hospitality.
We hope we’ll come back ASAP.
GO THERE. 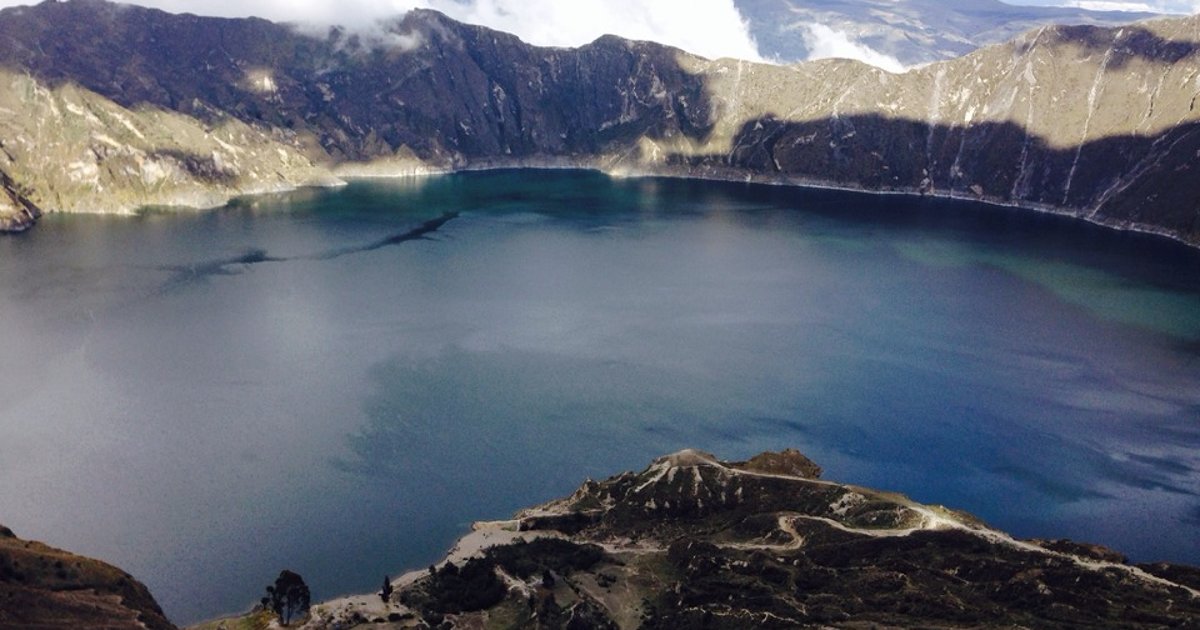 Located in Guayama, 2.7 km from Playita Machete and 3 km from Branderi, Posada de Amor provides accommodation with amenities such as free WiFi and a flat-screen TV.
Perfect location with excellent host.
Everything I need to cook meals.
nice and clean.
Great bed for sleeping.

Offering free WiFi and free private parking, Apartamentos Costa Relax 2 is located in Guayama, just 2 km from Algarrobo. The property is 3.3 km from Branderi and 3. 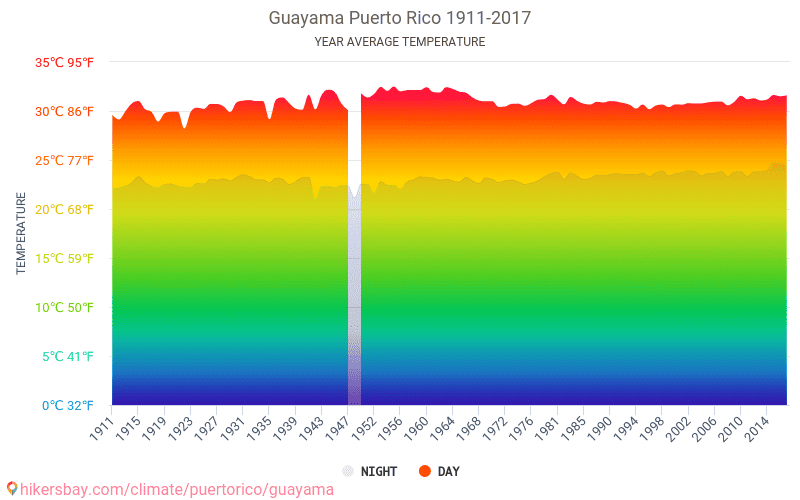 Located in Maunabo, less than 1 km from Hacienda San Isidoro and a 19-minute walk from Recio, Bilimbi Beachfront Farmstay w Pool provides air-conditioned accommodation with a patio and free WiFi.

Located in Cidra in the Central Puerto Rico region, Casa di Alma y Casa Alpina PR features accommodation with free private parking. A terrace can be found at the chalet, along with a garden.