The agreement between Puerto Rico Ports Authority for San Cruise Port and Global Ports Holding, which is worth $75 million, ensures an additional investment of $100 million towards critical infrastructure projects. A second round of investments could be worth upwards of $250 million.

Currently, the world’s largest cruise port operator, Global Ports Holding Plc (GPH), has signed a concession agreement for a period of thirty years that will bring record-breaking investments to the San Juan Cruise port. The new partnership will go forward as the San Juan Cruise Port Ltd. (SJCP), bringing up to 425 million dollars in investments.

San Juan is currently one of the busiest cruise ports in the Caribbean but needs serious investments to keep it at the current level. Therefore, the arrival of GPH is welcome news for Puerto Rico and the City of San Juan due to the millions of dollars the cruise port generates each year.

“Our work to transform this port will see hundreds of millions of US dollars invested into San Juan Cruise Port, all financed by private capital. Our plans include building a new cruise pier, a state-of-the-art cruise terminal, and significant enhancements to the public infrastructure. 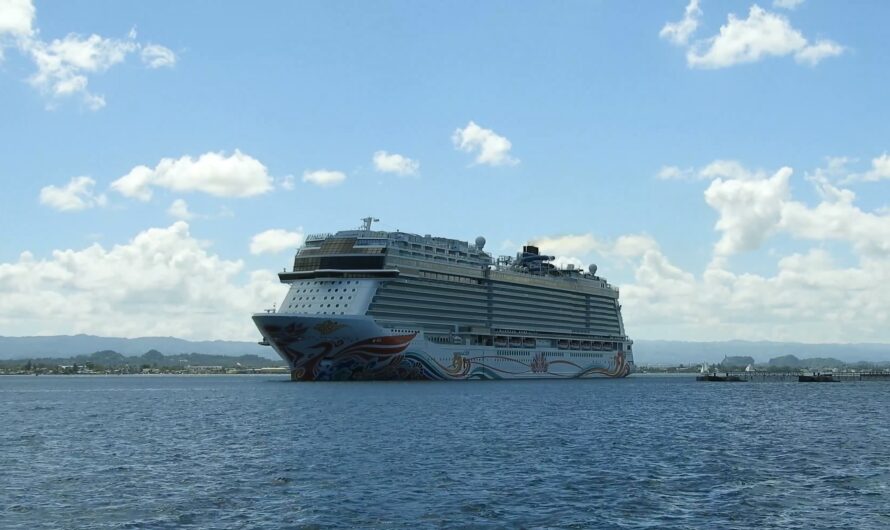 As part of the deal, the number of docks currently capable of serving as homeport for four cruise ships at a time will double to eight. Docks battered by hurricanes Irma and Maria in 2017, and which have been worn down throughout the decades, will be modernized.

The new partnership has received significant criticism. With $5 billion worth of infrastructure at play, the initial $75 million investment that GPH is placing into the project seems insufficient.

However, with the state of the docks in San Juan presently, serious investments are needed. Something that the Puerto Rico Ports Authority is unable to do as it is $350 million in debt.

Another problem is that Puerto Rico and San Juan are currently unable to welcome any of the super-large cruise ships with over 5,000 passengers on homeport calls.

What Global Ports Holding will be able to offer Puerto Rico is a return to Pre-COVID numbers of arrivals, something which has proven hard to do, considering the difficult start-up period. 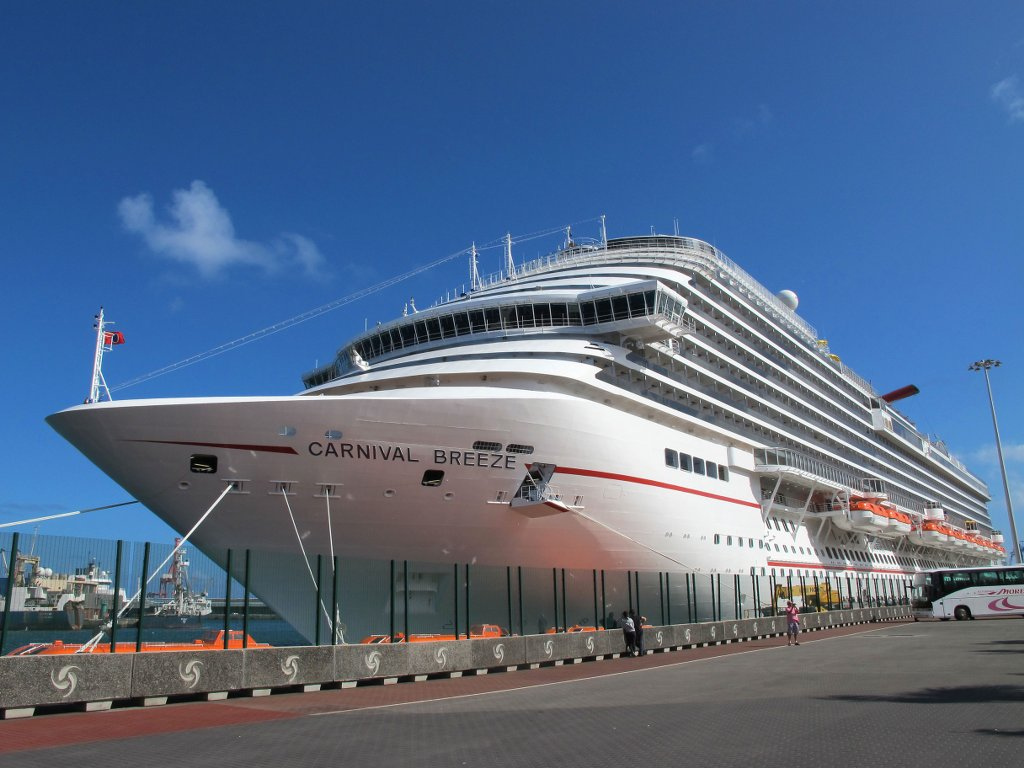 How Much Will Be Invested?

The Puerto Rico Ports Authority will receive $75 million in upfront concession fees from GPH. For an initial investment phase, GPH plans to invest approximately $100 million to repair and upgrade Piers 1 and 4 and the Pan American Pier.

There will be a second investment phase if specific pre-agreed criteria are met, including a return to pre-pandemic cruise passenger volumes. As part of this, GPH will invest approximately $250 million to build a new cruise pier and state-of-the-art homeport terminal capable of handling the largest cruise ships in the world.

GPH will also invest in systems, equipment, and technology to enhance the cruise port’s operational performance and ensure environmental protection, safety, and security. 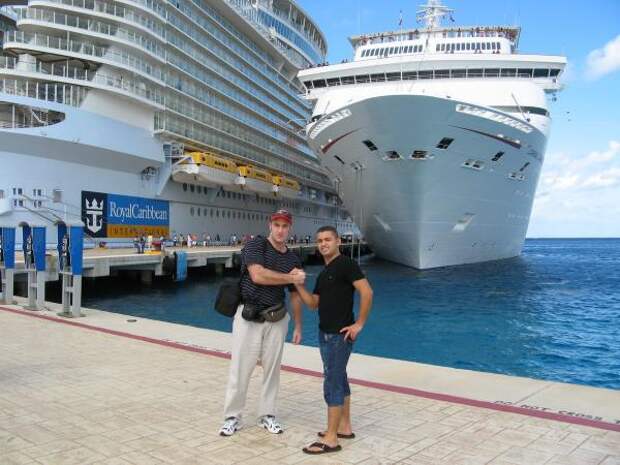 Once the investments have been completed, Global Ports Holdings expects San Juan to become the number three cruise port in its network of ports, which include Antigua, Singapore, and Nassau.

Cruise Hive was established back in 2008 and among the earliest blogs in the industry. Since the start, it’s been our aim to provide the latest cruise news covering all the major cruise lines. We make sure cruisers are fully prepared for their cruise vacation with tips on ships and ports.
Millions of travelers rely on Cruise Hive in the United States, Europe, Australia, and around the world.

Global Ports Holding announced that it has signed a 30-year concession agreement with the Puerto Rico Ports Authority for San Cruise Port, Puerto Rico, following a competitive procurement process managed by the Puerto Rico Public-Private Partnership Authority, according to a press release. 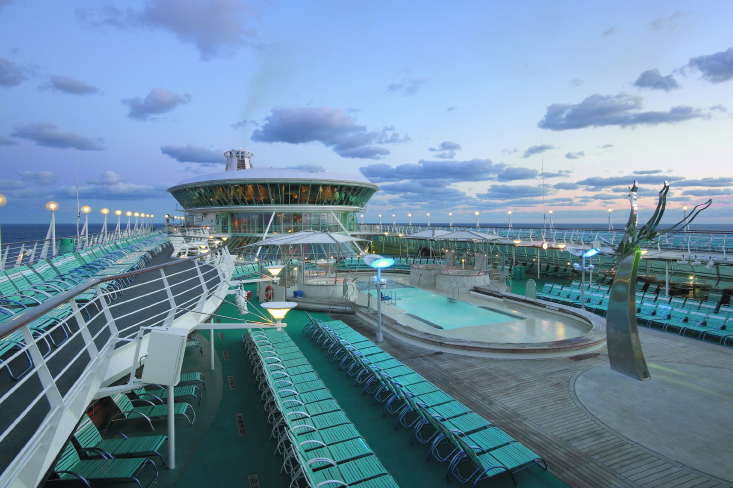 The announcement was made locally by Puerto Rico Governor Pedro Pierluisi in a ceremony and press conference featuring other government of Puerto Rico officials, high-ranking GPH executives, Island private sector representatives and tourism and cruise industry stakeholders, including senior representatives from cruise lines.

On completion, San Juan Cruise Port, which handled 1.8m unique passengers in 2019, will become the third-largest cruise port in GPH’s global network, the company said in a statement.

Under the concession agreement terms, GPH will pay an upfront concession fee of $75 million to the Puerto Rico Ports Authority. During an initial investment phase, GPH will spend approximately $100 million, primarily focused on critical infrastructure repairs at Piers 1 and 4 and Pan American Piers, and upgrades of the terminal buildings and the walkway. 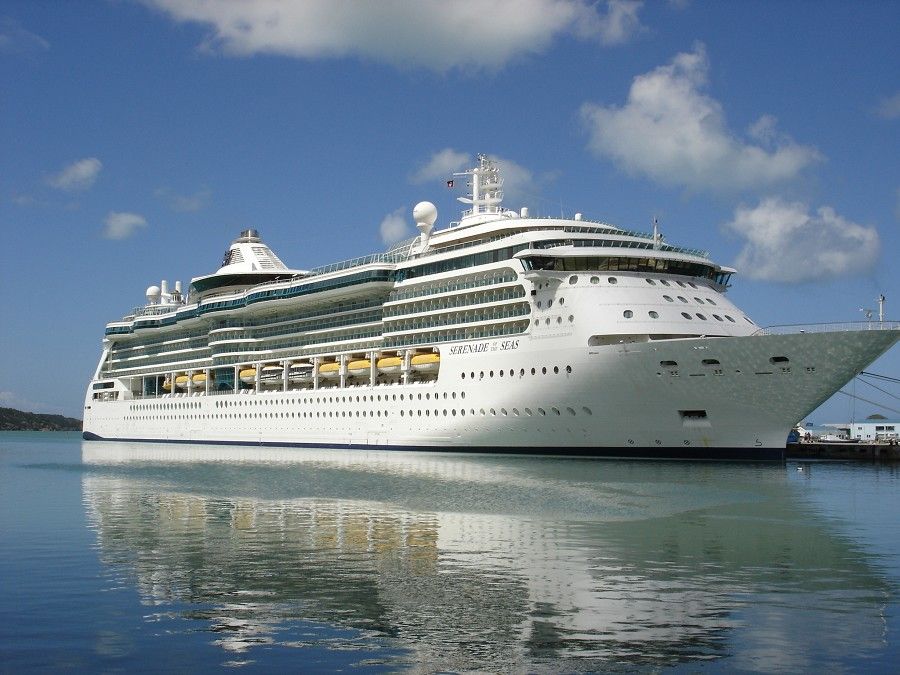 In this phase, GPH will invest an estimated $250 million in expanding the capacity of the cruise port by building a completely new cruise pier and state-of-the-art homeport terminal capable of handling the world’s largest cruise ships at Piers 11 and 12.

As well as investing in the port’s infrastructure, GPH will invest in modernizing the cruise port experience for cruise passengers, cruise lines and local vendors and will use its global expertise and operating model to improve the management of the cruise port operations.

GPH will also invest in systems, equipment, and technology to enhance the cruise port’s operational performance and ensure environmental protection, safety, and security.

Subject to the satisfaction of the closing conditions, including financing conditions, the concession’s financial close and commencement of operations are expected to occur by early 2023.

Global Ports Holding Chairman and CEO, Mehmet Kutman, said: «I am delighted that the Government of Puerto Rico has selected GPH for this public-private partnership to improve and expand San Juan Cruise Port. The addition of this fantastic location to our cruise port network marks a further important step in our growth strategy and will grow cruise passenger volumes across our network to over 16 million passengers per annum.

:Our work to transform this port will see hundreds of millions of US dollars invested into San Juan Cruise Port, all financed by private capital. Our plans include building a new cruise pier, a state-of-the-art cruise terminal, and significant enhancements to the public infrastructure.” The capital of Puerto Rico has 2 cruise ship moorings. The Old San Juan Cruise Terminal is located in the city center. Most transit liners moor there. But ships whose route starts from San Juan use the Pan American Pier terminal. Its location is worse, but it is closer to the airport. 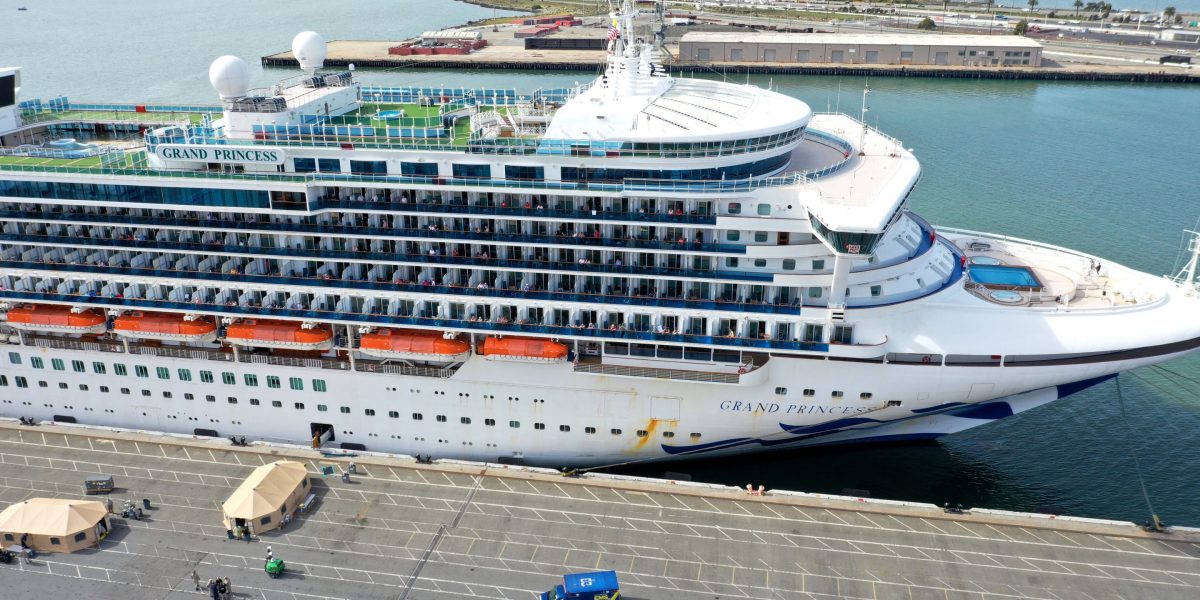 There is a direct connection between the airport and the Old San Juan Cruise Terminal.

San Juan is a modern city with the characteristics of an American metropolis. However, behind the shiny facades of the new buildings, the historical features of the Spanish heritage are perfectly traced.

San Juan is divided into two parts: old and new. The Old Town is an open-air museum that surprises with its unique architecture. Outside the boundaries of the old city, there are private houses and elite suburbs, as well as a resort area with a luxurious Isla Verde beach.

Unlike neighboring islands, the old San Juan has been perfectly preserved in its original form, thanks to the efforts of local cultural figures who have achieved a ban on new buildings and the fact that any restoration work, even in private mansions, must be coordinated with the Institute of Culture .

The cost of a cruise on a liner. The most common myths about cruises.» 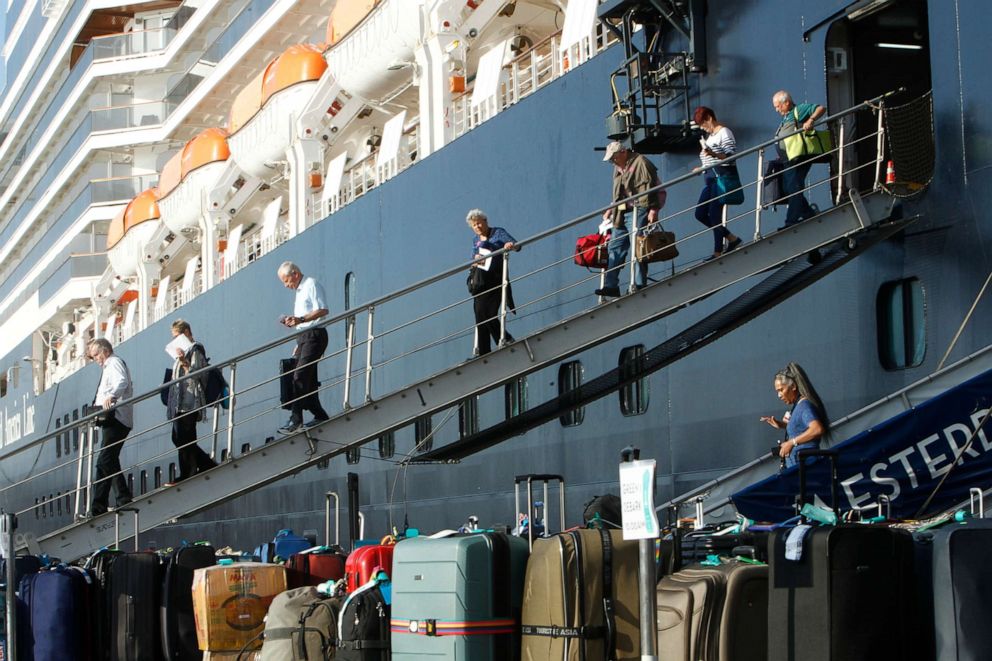 Travel By Sea And By Air

The coastline of the Dominican Republic is one of the longest and most diverse in the Caribbean — over 1600 km. The coastal landscape combines rugged mountains, coconut groves, valleys and plains, white sandy beaches, turquoise seas and offshore coral reefs. Over the past few years, the number of seaports offering a full range of services has doubled, some of which are unique in the entire Caribbean region and are a huge hit with sport fishermen and yachtsmen.

Upon arrival at one of the ports, you may expect the following:

Please note that in order to move the vessel to another official port of entry, prior authorization is required — « despacho» . It is issued free of charge, but it has become customary to tip the Coast Guard for good service.

Some marinas charge fees for the use of the harbor, such as waste disposal or anchorage. For more information, contact the port of your choice.

A boater may anchor along the route before entering the next official harbor or «despacho» for good reason. The owner of each yacht must present all necessary documents to the checking officer. This service is free, but a small tip to the officer and the captain who brought him to the ship is considered the norm. 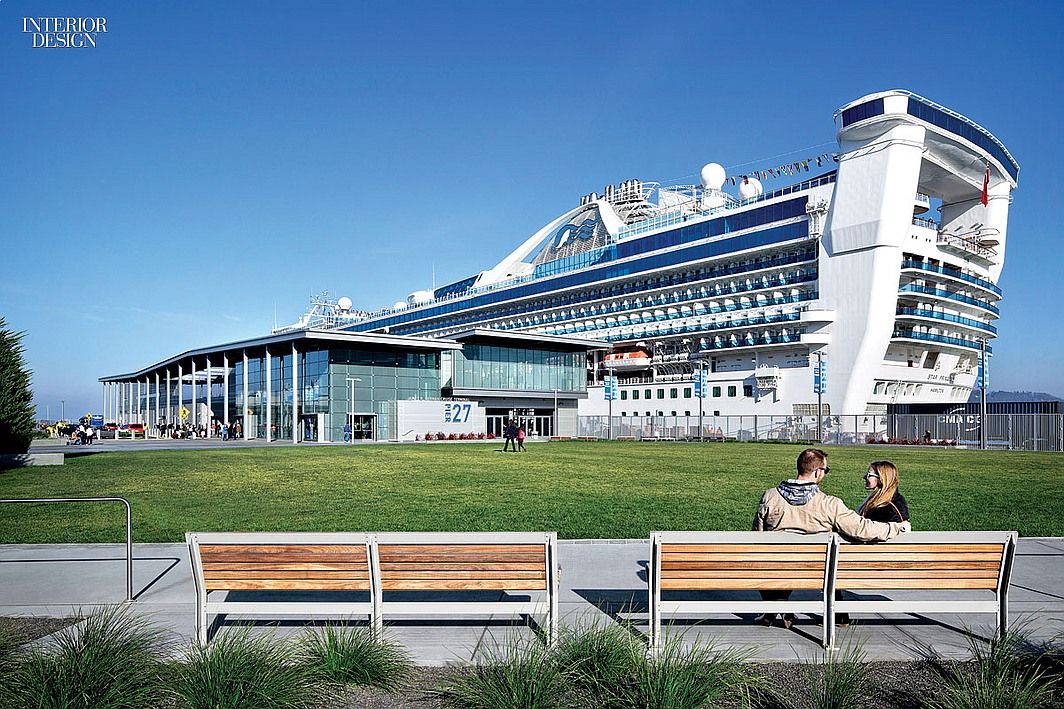 Cap Can Yacht Marina is the most modern coastal facility in the Caribbean, offering mooring and service for yachts up to 45 meters in length. The 1.5 km marina 2 is especially popular among fishing enthusiasts for the opportunity to catch blue and white marlin, sailfish, wahoo and tuna in the surrounding waters at any time of the year.

This all-inclusive marina is located in the Puntacana Resort & Club area — a resort with luxury hotels, restaurants and natural attractions

. With two docks and a berth for 43 yachts up to 20 meters in length, this port is very popular as a venue for garfish fishing tournaments.

Situated at the confluence of the Chavón River into the Caribbean Sea, the Casa de Campo Yacht Marina is a huge, upscale maritime facility. It covers an area of ​​more than

sq.m., accepts up to 370 yachts from 9 to 76 meters and sailboats, has extensive repair capabilities for all types of ships. The

Colonial Yacht Club is located here and hosts numerous events; the coastal boulevard is replete with world-famous restaurants and shopping centers, there is a fishing club and a diving center. Music lovers can relax in the bar with live piano music.

This small marina with panoramic views of the colonial city is part of the Sanssouci Seaport in Santo Domingo. It offers parking for 29 boats and 33 berths for medium-sized boats. The work of migration and customs services was organized; of the additional services — equipped with showers.

Zar Par Marina is located next to the private club Náutico De Santo Domingo in San Andrés Bay, near the beach town of Boca Chica, and offers moorings for 150 boats. 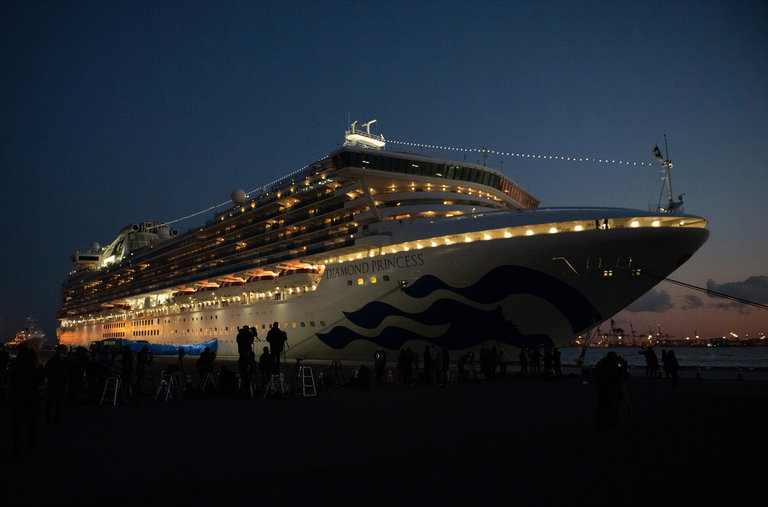 West of Puerto Plata, in the nearby beach town of Cofresi, Ocean World Amusement Park has its own marina. The all-inclusive facility has over 100 berths where yachts up to 76 meters in length can moor. Covering over 140,000 m 2 the complex also provides a variety of services: laundry, car rental, casino, etc.

Puerto Bahia is a complete offshore facility located in the northern part of Samana Bay, on the northeast coast of the Dominican Republic. Yachts up to 45 meters long can moor here, and tourists can enjoy such natural treasures as about. Cayo Levantado and Los Haitises National Park, located no more than 11 nautical miles from the port. And this is not to mention the numerous beaches that stretch along the stunningly picturesque coast! Additional features include Internet access, personal concierge service, swimming pool, bars, restaurants, gym and spa, mini market, etc. 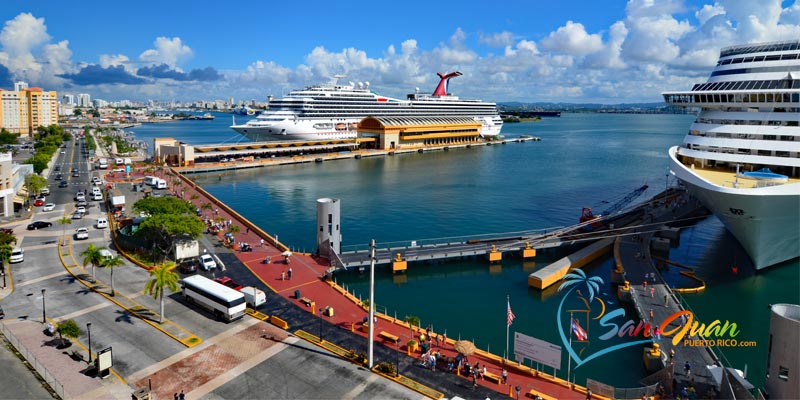