For as long as I can remember, food has inspired me…  I grew up in eastern Iowa, a small town more known for its academics as a college town rather than agriculture.  Nonetheless my Mother was an aspiring writer who worked for the local paper and my Father, a son of a farmer, managing with his brothers a 160-acre small family farm.

People often ask me why and how I got into cooking which is a great question.  I think it chose me as much as I chose it.  I do remember at a young age always migrating to the kitchen, typically being the only male in a room full of women while the rest of the men spent time relaxing and politicking life’s most important topics, sports and cars.  Throwing and hitting a baseball as a Midwestern teen was about the only thing that could distract me from the kitchen.  Once the realization set in, that I was not going to be a professional baseball player, the next step seemed evidently clear.

At the age of nineteen, I began my culinary journey on the eastern seaboard of the United States, getting my formal education at The Baltimore International Culinary College and graduating at the top of my class in 1991.   It was there I was given the opportunity to continue my education abroad under Certified Master Chef Peter Timmins in Ireland.  Regarded as one of the handful of professionals in the world who have attained Master status for Chef, Peter Timmins would become my mentor for the next six years.

In the fall of 1993, I became the first American cook to work the stoves at Le Manior Aux Quat Saisons in Oxfordshire, England.

Working for C.M.C. Raymond Blanc would create opportunities for me to experience kitchens all over the world.

Passion and challenge inspired me to return to the U.S. to join my mentor once again, this time at the Greenbrier in West Virginia or better known as American’s Resort.  There I would spend the next four years with the sole pursuit of learning and refining my craft.  During my tenure as Chef de Cuisine the hotel’s signature restaurant I took advantage of the opportunity to work abroad once again due to the seasonality of my restaurant.

Initially my ambition led me to New York in the autumn of 1994 to gain exposure at  Le Cirque Restaurant in Manhattan. 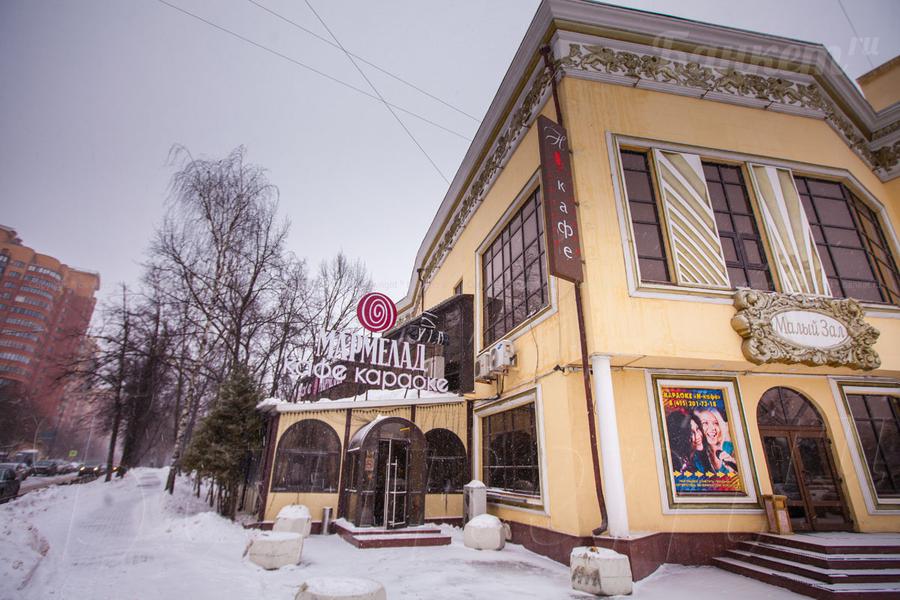 Highly regarded as one of the world’s most famed venues, I benefited from working alongside Alain Ducasse protégé Sylvain Portay.  Subsequently after, I found myself in Italy the following year.

Working at northern Italy’s most noted truffle restaurant, La Contea, quickly became my most memorable gastronomique quest of my young career.  After reveling in the finest of Piedmontese wines, produce and cheeses I set off to divulge in regional cookery all across Italy. With the encouragement of La Contea’s Chef-Owner, Tonino Verro, I ventured through the south of France and into Spain the following spring.

Awakened with enthusiasm and eager to utilize my new knowledge on the American consumer, I settled in the beautiful state of Colorado.  Two of my life’s greatest achievements would transpire while at the Broadmoor.

Fristly, I was invited to cook at the James Beard House in New York featuring my food as “The Cuisine of the Rockies” and furthermore, Colorado is where I met my wife Henriett. 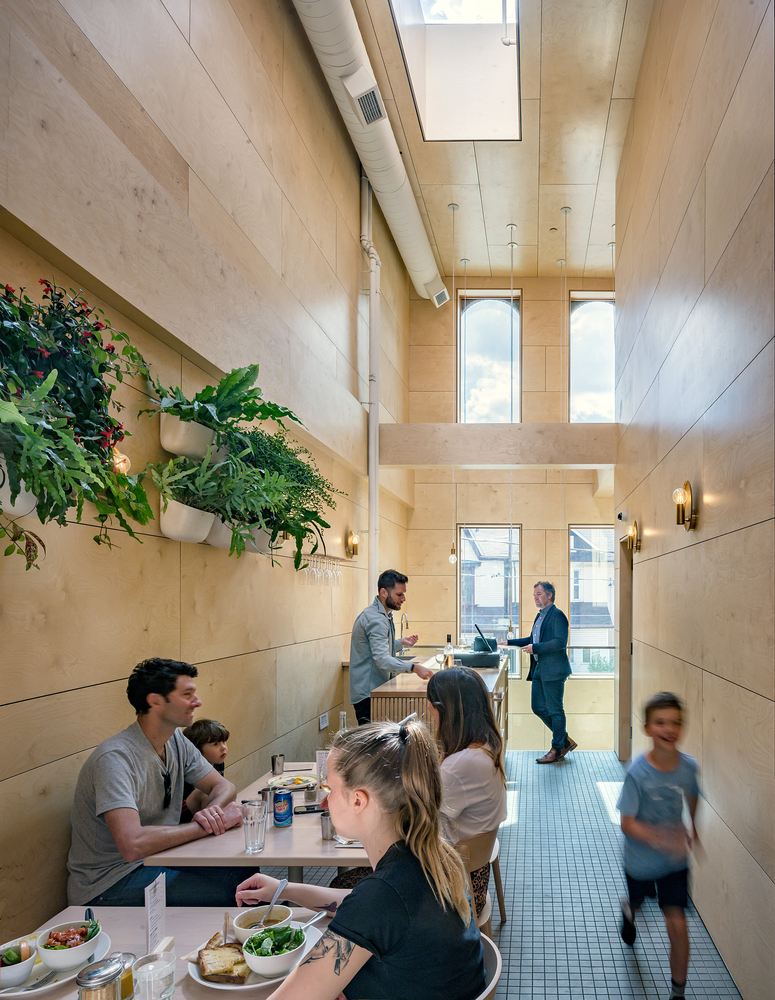 The progression of my pursuits continued with the opening of the St. Regis as Executive Sous Chef.  Within the luxury boutique hotel I became intensely involved in the operational success of five different food and beverage outlets.

In September of 2000, I moved to Singapore and began the undertaking of a life changing role as Chef de Cuisine / Managing Operator of Blu Restaurant, atop the Shangri-la Hotel.

The success of the restaurant would be documented in over 500 publications worldwide.

For the next four years I would become the driving force, both financially and operationally, behind one of Asia’s most creative and exciting dining destinations.  That experience has yielded a wealth of personal and professional good fortune, including a nomination as Rising Star Chef of The Year for 2003, and “The Best Hotel Restaurant in the World” along with Conde Nast Top Tables in the World.

My first creation, Marmalade Restaurant and Wine Bar, brought us to the beautiful shores of Puerto Rico almost 15 years ago. 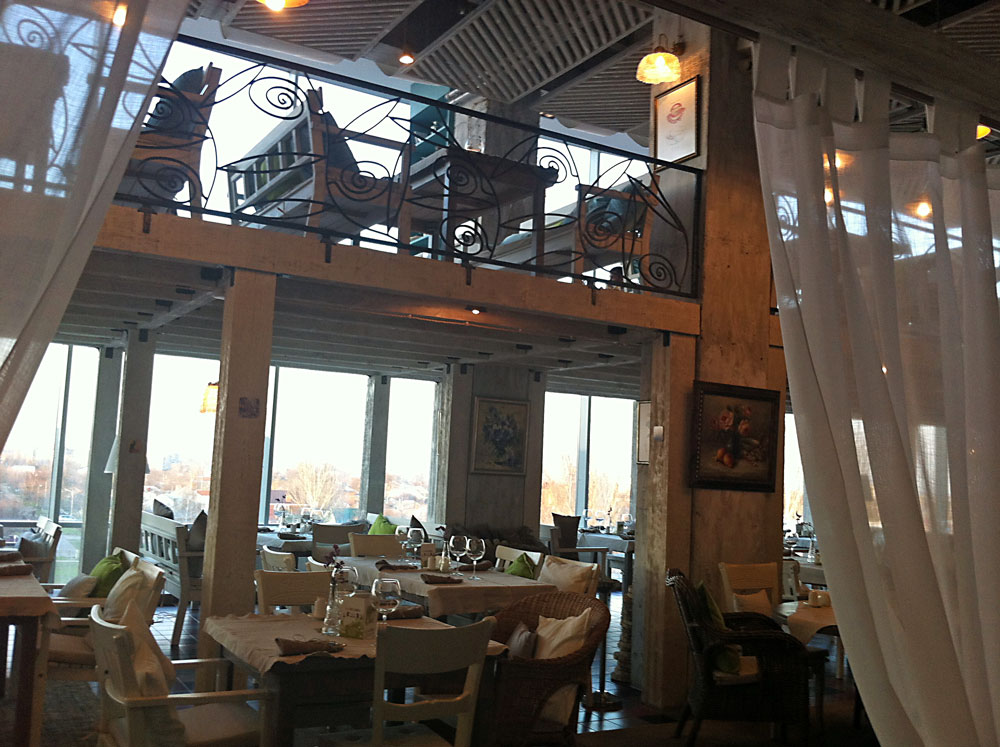 Coming over as an Executive consultant for a small luxury hotel brand I quickly discovered the amazing food that this island had to offer.

Puerto Rico was an island that had its own identity but at the same time took on various influences from all over the world including Spain, Latin America, and the mainland of the United States. The common thread bound these Caribbean influences was the foundation of a starch and meat based diet the used deep-frying as the typical and historical cooking method. Believing in our passion for vegetable, alkalinity, and lighter cooking method with organic and sustainable foods, the idea of Marmalade was born.

Using a mix of indigenous local farmers paired with the best available ingredients worldwide, we slowly began to create a following of our crafted, playful and earth/community friendly cooking style.

As we approach the end of our 14th year of success, we gratifyingly can say we have changed the way some people eat in Puerto Rico. 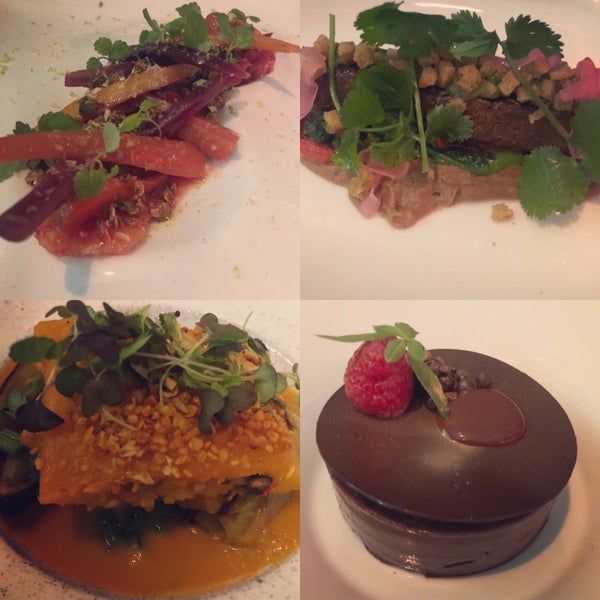 Our core focus on vegetables, innovation and ingredient education paired with Puerto Rico’s only eleven time Wine Spectator Award Winning List, has brought forth attention to healthier and non-GMO based food items.

Twenty years ago, I married Henriett and we set out on a path of adventure guided by our passion for food, hospitality and travel.

Our differences would soon become our strengths together, as each of us would continue to be the perfect partners for business and more importantly for life.

Her passion for wellness, physical, mental, and spiritual has been the single greatest influence of my life. For that, I’m forever grateful and constantly reminded of how blessed I truly am.

Eleven years ago my daughter Siena Love Schintler was born.  My cooking would never be the same, as we have raised her to be vegetarian. Sharing the restaurant and our table with her has been very special. The greatest memories in my life will always be around a dinner table with friends and family. 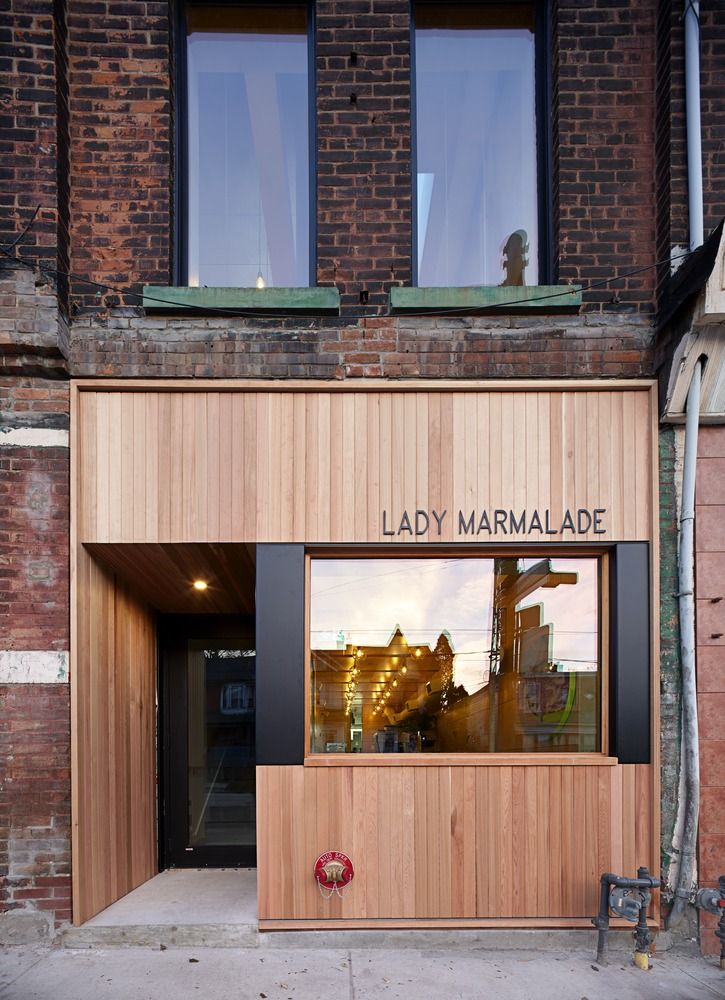 Our restaurant, myself included, is comprised of over achievers and obsessive perfectionists.

With enthusiasm and excitement we begin to bring a close a eight year project, a collection of recipes from Marmalade Restaurant and Wine Bar. Like most cookbooks I suppose, ours started as an opportunity to document and share the history and passion of our people and product. Thirty years of cooking, twenty years of marriage and eleven years of fatherhood has given me the wisdom to realize that I’m writing the book of my daughter Siena, so one day she can better understand her Father’s passion. The book is to be dedicated to my loving wife Henriett, and to be shared with anyone who gets to enjoy our experience at Marmalade in San Juan, Puerto Rico.

We are excited and eager for the new challenges that lie ahead with our endless pursuit of perfection while balancing the tangibles of people, product, and wellness, to remain  our guiding principles.

Reviews about from Marmalade Cafe Calabasas on Yelp!

Reviews about from Marmalade Cafe El Segundo on Yelp! 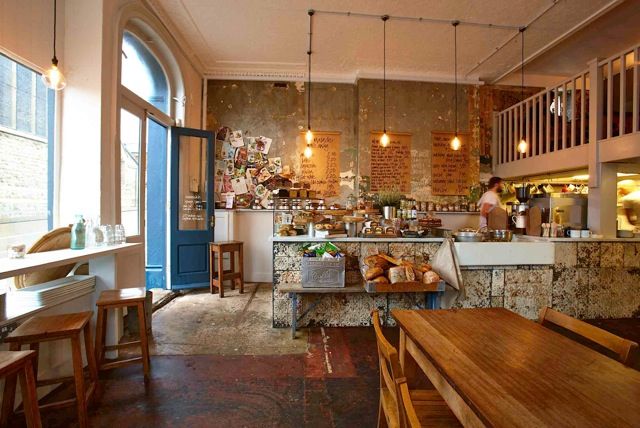 Get Directions to Marmalade Cafe LA via Google Maps

Closed through November 18th for a remodel

Get Directions to Marmalade Cafe Malibu via Google Maps

Get Directions to Marmalade Cafe Sherman Oaks via Google Maps

Get Directions to Westlake Village Location

Museum and tourist complex is located in Likhoslavl. 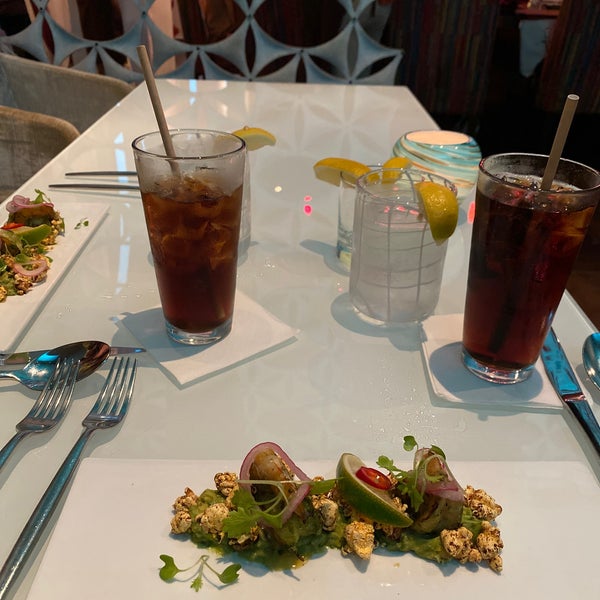 Here you can not only taste the sweets of the Marmalade Skazka factory, but also spend the whole day and even more relaxing in the park.

«Marmalade Kingdom» is only 50 minutes drive from Tver! In the village of Lochkino in the Likhoslavl district, the production of the already famous sweets of the Marmalade Skazka factory is located, and the only Marmalade Museum in the country is also founded here.

— Our territory is so fabulous that both adults and children will find hobbies here. A variety of fairy-tale characters live here. We can offer our guests to come to rest both on their own and with travel agencies. We have bedchambers where you can stay and spend the night. There is also a spacious barbecue area. There is also a restaurant with excellent business lunches and a banquet hall for any special occasions. In the center of the park there is a beautiful rotunda for exit registration,

— Ekaterina Morozova, manager of the Marmalade Kingdom museum and tourist complex, talks about the infrastructure. 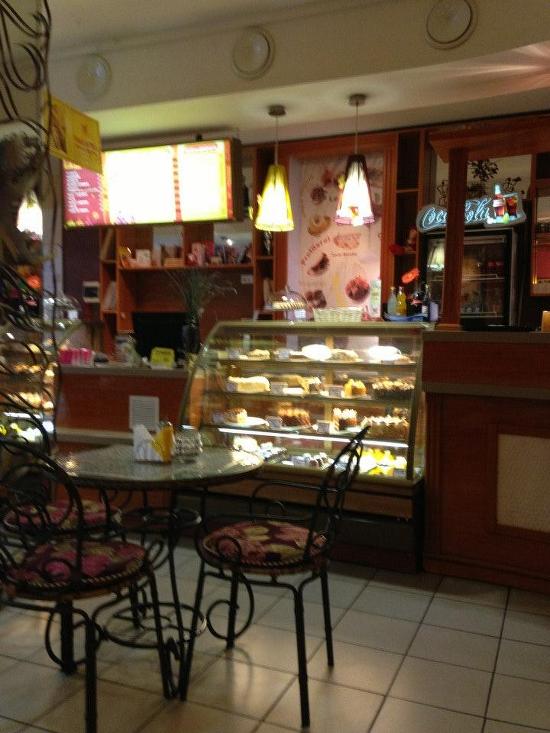 In the «Marmalade Kingdom» there is also a whole courtyard with horses and ponies, where you can ride. Goats, rabbits, owls, squirrels, peacocks, and the Highland bull also live here. All the inhabitants can be fed, but only with a special treat, carefully prepared by the staff of the complex.

And, of course, when you come here for the first time, you should definitely visit the Marmalade Museum. There are excursions for children and adults with a quest, master class and tasting. Guests will find a fascinating story about the appearance of marmalade, and the answer to the question why a Scottish castle was built in Likhoslavl. 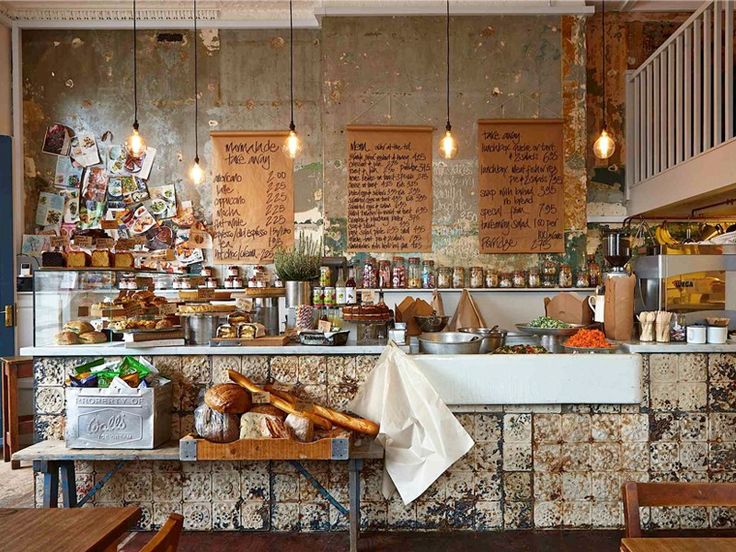 The castle was built in the Scottish style, because it was in Scotland that jam was invented — this is liquid marmalade. James Keiller bought a large shipment of oranges from a Spanish ship. To prevent the citrus fruits from spoiling, his wife Janet cut them, covered them with sugar and boiled them. The result was a wonderful jam, which became world famous. And by the way, the Marmalade Museum presents exclusive jars in which the very famous jam has been sold since 1862.

Production of Likhoslavl marmalade started in 2006. The brand has conquered thousands of lovers of natural delicacies both in Russia and abroad, and the high quality and taste are annually confirmed by prizes and awards at prestigious food awards.

— Such marmalade is not produced anywhere else! The production here is completely manual: everything is brewed and bottled by hand. We make everything from natural raw materials: sugar, molasses, citrus pectin, natural berries and fruits. 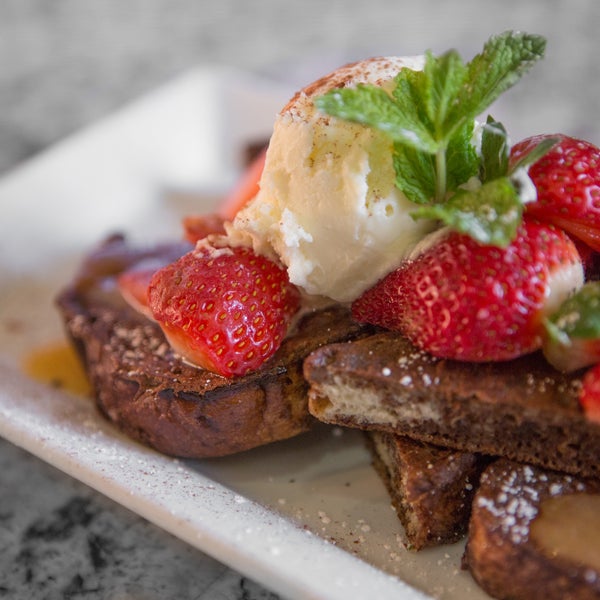 And we glaze each gummies with beeswax so that nothing sticks, let’s call it that,

— tells about the production of the chief technologist of the company «Marmalade Skazka» Daria Gushchina.

All types of marmalade and marshmallows — and there are more than 120 of them — can be found in chain supermarkets, large marketplaces and branded stores, one of which is also located on the territory of the tourist complex in the city of Likhoslavl. At the entrance, guests are greeted by a hedgehog — a symbol of the Marmeladnaya Skazka brand. Marmalade Kingdom Park is open seven days a week from 8 am to 6 pm.

If you find a mistake, please highlight the text fragment and press Ctrl+Enter .

Graduation for children and teenagers

Is graduation coming up at school

Do you want to celebrate the successful end of the school year?

We invite you to the restaurant Polly’s Kitchen

3 hours — 2 animators
Cost for the program, including hall rental and maintenance:

You can choose the theme of your prom and host characters:

If you wish, we can arrange a photo zone with a banner and balloons, as well as decorate the hall festively. 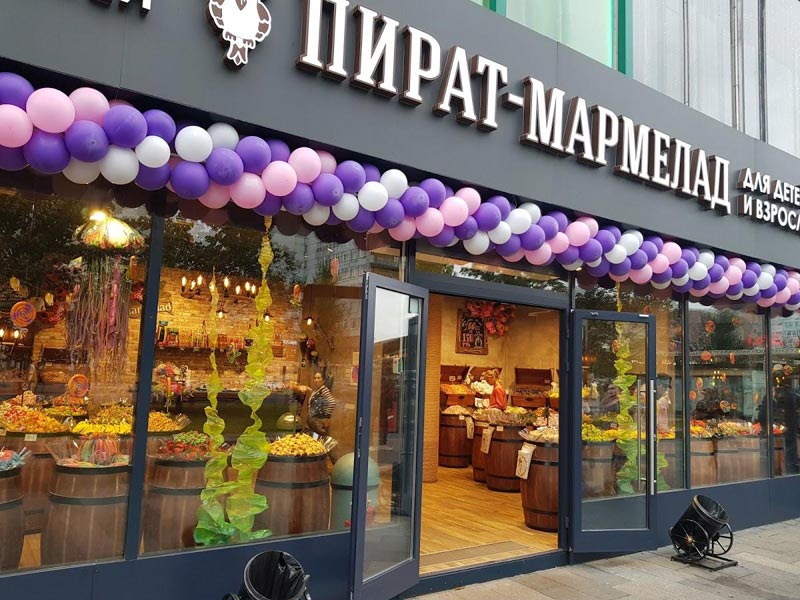 Specify the cost with the manager.

You can create your own graduation program in any style you like.

Cost of maintenance and rent of the hall:

Do you have any questions?

Festive set No. 1 (for the little ones)

Festive set No. 2 (for the little ones) 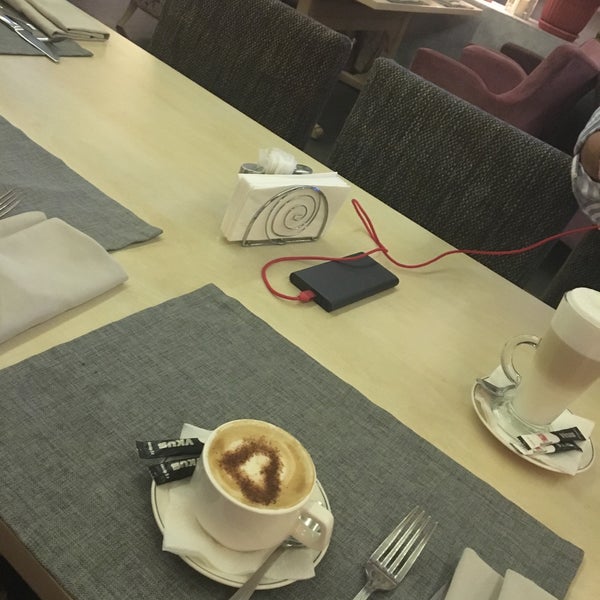