Guabancex in her traditional image

Guabancex is the supreme storm deity of the ancient Taino people. They were located across Florida and much of the Carribbean on islands such as Puerto Rico. She is also known as the ‚ÄòLady of the Winds‚Äô and was believed to be responsible for the onset of all violent storms. This also includes all natural disasters, such as earthquakes and volcanoes in the region.

Guabancex was commonly depicted with an angry face in the centre of the image, with her arms flailing on either side in a S shape. She wasn‚Äôt believed to be a malevolent deity, rather a manifestation of the supreme goddess Atabey. Atabey was believed to be the Taino ‚ÄòMother Nature‚Äô, that is, a creator goddess who represented fertility and maternal instinct. Guabancex was her fierce and destructive side, who could wipe the slate clean with one swoop of a hand. She wasn‚Äôt believed to be malevolent, but would bring retribution on those who neglected their worship of the Zemi or ancestral gods.

Guabancex was believed to work alongside three assistants called Coatrischie, Guatauva, and Hu-Rakan. These minor deities were responsible for heavy rain, thunder and lightning, and hurricanes chronologically. Whilst all could be devastating on their own, when working together they regularly caused a disastrous result. Guatauva was known as the chief assistant, and one whom Guabancex would regularly use to call upon the others for an increased intensity. The deity Hu-Rakan is believed to be the namesake of the hurricanes. However, he was also responsible for the creation of cyclones and tornadoes.

Ram√≥n Pan√© was a 15th century Catalan Monk, who became a companion of Christopher Columbus on his second voyage to the Indies to learn the indigenous language of the Taino people. Guabancex features in his writings as a prominent spirit that controlled all catastrophic weather patterns. She was escorted by two male companions known as Guatab√° and Coatrisquie. Guatab√°, like the previously mentioned Guatauva was believed to bring about the thunder and lightning in a storm cycle. 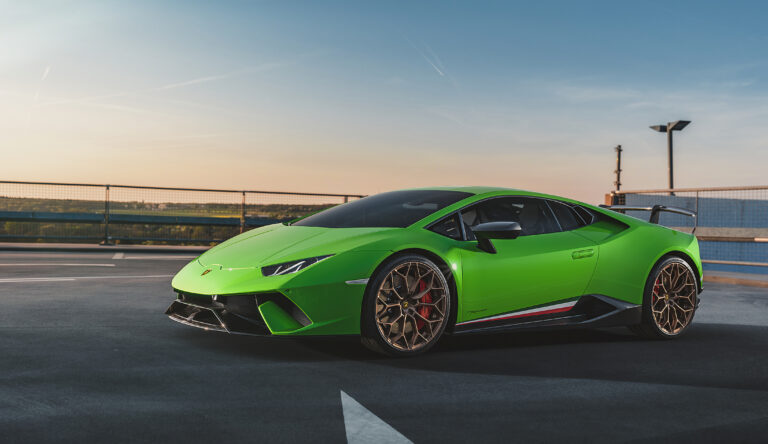 Similarly, Coatrisquie, like Coatrischie, was responsible for bringing a rain that could cause a devastating flood over the land. In these texts, Pan√© occasionally interchanged the names of Guabancex and Hu-Rakan to reference the same deity.

However, these names and spellings for the assistants are also seen in reference to a male deity known as Jurac√°n. This deity was also known as the god of chaos to the Taino people, with some believing it was from this name that we derive the word ‚Äòhurricane‚Äô. While being related to the storms, many sources agree that he was not involved in the work of the storms himself. Instead, this was left to Guabancex with Guatab√° and Coatrisquie as her assistants.

Most of the mythology in this region was orally transmitted and the names are extremely similar. As a result, it is likely that these four deities were the same but portrayed in a different order of importance depending on the location of the legend. 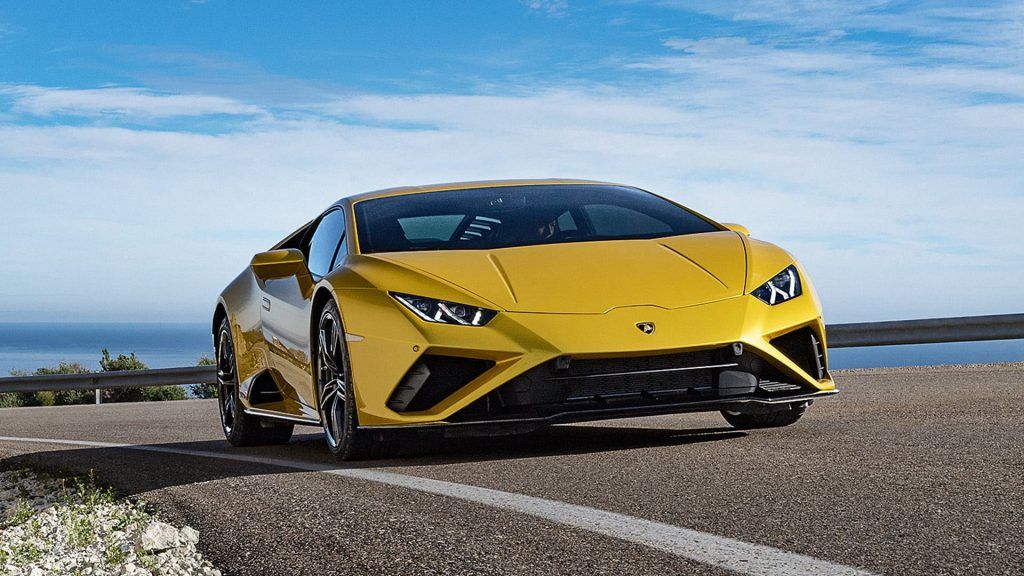 Tremors and aftershocks are still rocking Puerto Rico, weeks after a magnitude 6.4 earthquake toppled buildings, killed at least one person and injured another eight on Jan. 7. Families have begun leaving the island because it won’t stop shaking.

For many on the island, the devastation is a reminder of September 2017 when Hurricane Maria killed 3,000 people and as many as 200,000 Puerto Ricans were forced to hastily relocate to the mainland United States.

These major disasters have ravaged the island’s cultural heritage, too. Numerous historic landmarks – including a 2,000-year-old archaeological site containing priceless evidence of the island’s earliest dwellers, the Taíno people – have been destroyed.

As a historian of colonial Latin America born in Puerto Rico, I recognize that between the 15th-century Spanish colonization and the 1898 U. 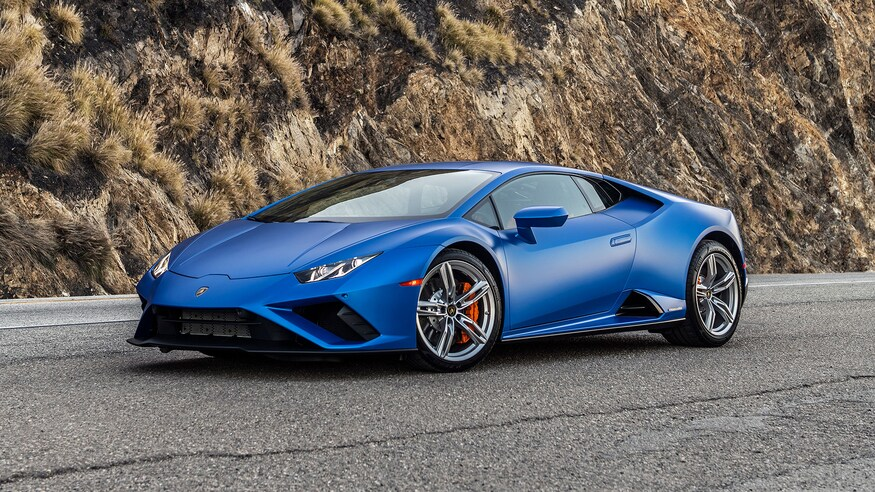 S. annexation of the island, the Taíno’s story has been all but erased from the historic record.

When Christopher Columbus arrived in the late 1400s, the island – then called Boriquén – was home to some 110,000 Taínos, an Arawak-speaking people with ancestral connections to northern South America.

Some historians claim that the Taíno had totally disappeared by about 1550. Such accounts lend themselves to a portrayal of the Taínos as pushovers – a primitive and docile people.

Although their societies did not attain the splendor or sophistication of Mexico’s better-known Maya or Aztec empires, the Taínos reached a comparatively high level of social, cultural, economic and political development.

A sedentary people, they lived in palm-thatched huts in villages called “yucayeques,” surrounded by gardens that produced their staple diet. The Taínos traded the surpluses from farming, fishing, hunting and gathering, as well as pottery and other artisan goods, with neighboring Caribbean islands. 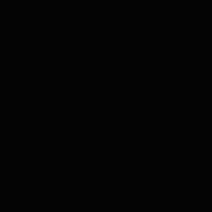 The Taínos – who faced the same natural calamities as Puerto Rico’s modern residents, including hurricanes, earthquakes, volcanoes and tsunamis – made sense of inexplicable events through their cosmological vision of the world.

In his 1984 book on the mythology of hurricanes, the pioneer Cuban anthropologist Fernando Ortiz writes that the indigenous inhabitants generally attributed the ground-shattering vibrations of earthquakes to subterranean deities and to malignant spirits that lurked above the surface of the earth, agitating the land, sea, wind and sky.

For the Taínos, an invisible animating force called Guabancex was responsible for the mega storms that hit the island most years. They called these events “juracán” – the origin of the English word “hurricane.”

To appease nature’s fury, they performed ritual ceremonies, including the “dance of the hurricane.”

The storm of colonization

The Taínos were among the first victims of the Spanish colonization of the Americas, the first “storm” to endanger this ancient civilization, as the indigenous advocate Christina M. 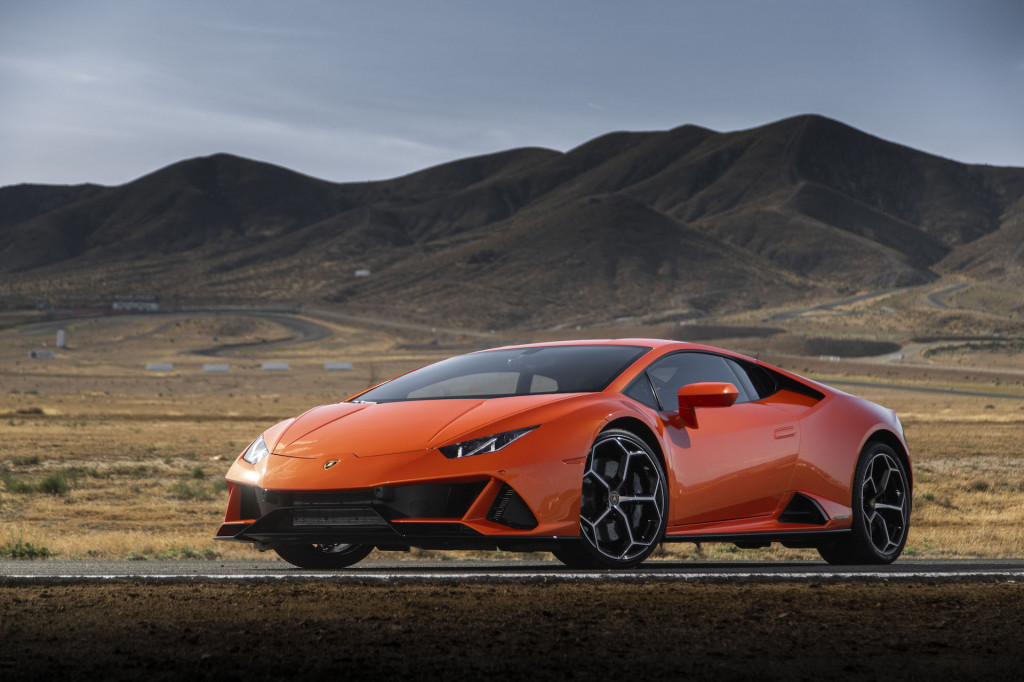 Gónzales puts it. Their numbers were decimated by European diseases, warfare, enslavement and intermarriage.

But the Taínos did not go “extinct.” Their bloodline, along with European and African ancestry, forms the core of Puerto Rico’s multicultural heritage. Research is nascent, but genetic testing shows that many modern Puerto Ricans have some indigenous lineage.

The Taíno legacy lives on, too, in the names of places like Caguas and of birds like the Inrirí, or woodpecker. Percussion instruments like maracas and the güiro, a serrated gourd – both used today in salsa and merengue music – have indigenous roots.

One casualty of the recent earthquakes was Punta Ventana – “Window Point” – a natural stone arch that protruded into the sea off the southern coast. More than a tourist attraction, Punta Ventana was situated on the ancient homeland of Agüeybaná I, the 15th-century Taíno chief.

Natural disasters aren’t the only threat to Puerto Rican heritage. 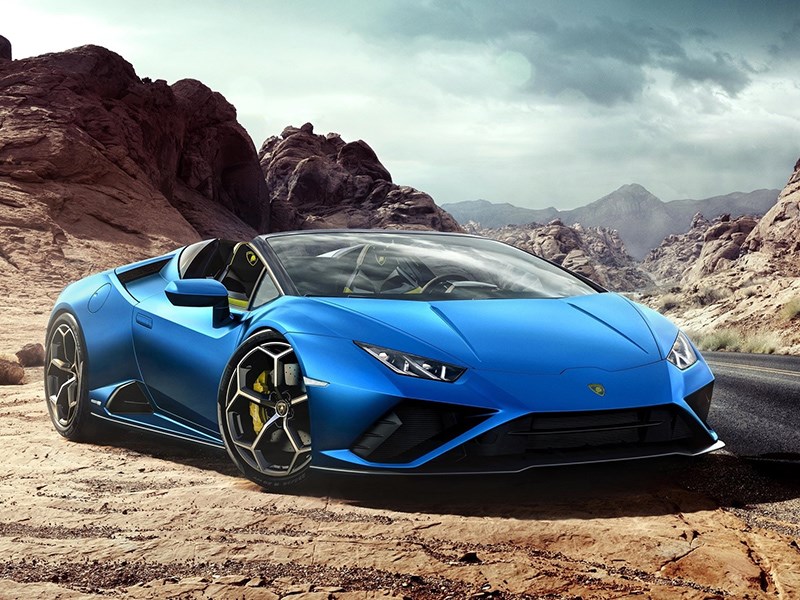 Climate change is also wreaking havoc on “Atabey” – the Taíno Mother Earth – as is seaside development and sand mining. In 2007, the relics of an entire Taíno indigenous village almost ended up under water due to a dam project near the city of Ponce.

Many indigenous ruins lie along the shore, where ancient settlements thrived. A relatively new wave of researchers are only beginning to explore these endangered places, rediscovering the ancient relics, statues, stone engravings and paintings created and used by the Taíno people.

The meaning of the word «hurricane» 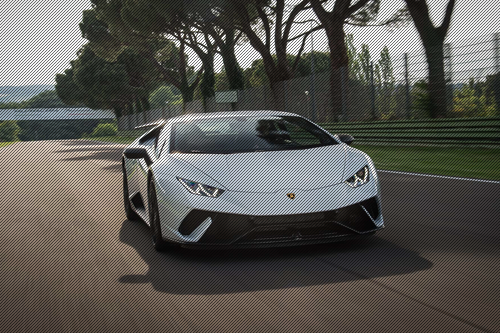 2. what, what. Peren. Swift, enormous power distribution, movement of smth. in the air.

Data from other dictionaries

On September 18-19, a Category 1 hurricane named Fiona will pass through the Dominican Republic (2022).

Hurricane in the Dominican Republic 2022

Meteorologists warn that Hurricane Fiona will pass through the Dominican Republic on September 18-19 and will be the first hurricane in 2022 to affect the Paradise Republic.

We would like to remind you that several storms and hurricanes have already formed in the Atlantic Ocean in September, but all of them bypassed the Dominican Republic.

Fiona, approaching the neighboring state of the Dominican Republic — Puerto Rico, gained strength and transformed from a tropical storm into a Category 1 hurricane.

Note that on the Saffir-Simpson scale, hurricanes are divided into categories from 1 to 5. At the same time, the fifth category is the most powerful.

On the eve of the passage of the hurricane in the Dominican Republic, about 2000 shelters were prepared. And the inhabitants of the country were sent warnings of impending bad weather. Dominicans and guests of the country were told that it is important to remove things and furniture from terraces and balconies, to check if the drains are clogged.

On September 18, the Emergency Response Center reported that 13 provinces could be affected by the hurricane and are on high alert. Among them are the popular tourist resorts of La Romana, La Altagracia (Punta Cana), Puerto Plata, Samana and others. .

According to forecasts of meteorologists, the level of precipitation can be 100-250 mm, in some high-mountainous regions — up to 400 mm.

Due to the passage of a hurricane in the Dominican Republic, swimming on the beaches is temporarily prohibited, as well as water sports, all types of recreation in the mountains, spas in rivers and natural pools. 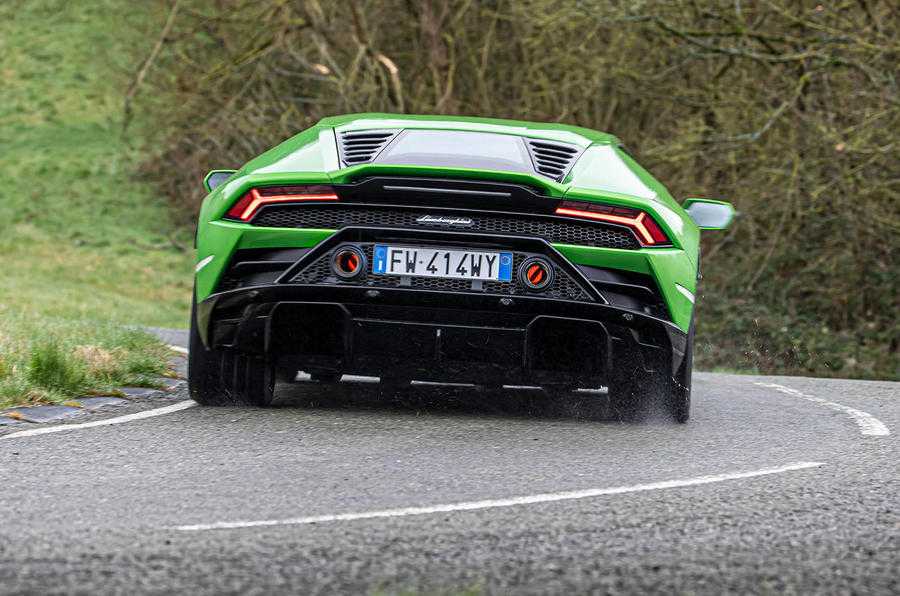 Sea excursions have been cancelled.

September 19 is declared a public holiday in many institutions.

Fiona is a Category 1 hurricane, but don’t let your guard down.

According to experts from the US National Hurricane Center (NHC) — Fiona can cause significant precipitation, which in turn can lead to mountain rivers bursting their banks, landslides.

According to the latest bulletin from the US National Hurricane Center, Fiona has picked up strength with maximum winds of 140 km per hour.

Recall that surfing during hurricanes is very dangerous. Therefore, the rescuers issued a separate warning to surfers from the capital of the Dominican Republic — Santo Domingo, who decided to ride the hurricane waves in the Caribbean Sea. 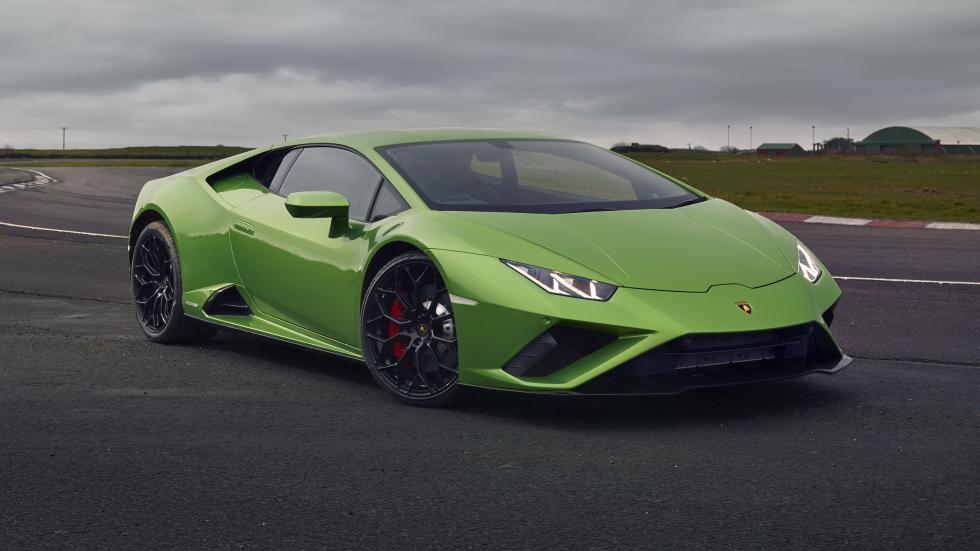