Tecate sprawls out over the starkly beautiful, rocky hills about 25 miles East of Tijuana, or 45 miles East of downtown San Diego and is readily accessible from either. With only about 320,000 inhabitants life flows along at a slower more relaxed pace, making it an attractive escape to those of us in the neighboring metropolitan areas.

So yesterday I did a day trip to Tecate along with 4 friends, Barbara, David, Jim and Suzanne. The date, 11-11-11, was supposed to be a lucky day, and whether that is true or not it’s hard to say; I can say we did have a magical day that was capped off and highlighted by an unforgettable meal at Asao. There is nothing quite as satisfying as sharing a meal with good friends where the conversation is relaxed and easy, the food fantastic and everything seems right with the world…whether it is or not.

Restaurante Asao is part of the El Santuario Diegueño conference and event center.  The name of the center pays homage to the Digueño, or Kumeyaay, indians who inhabited — and still do — both sides of the border in this area. The grounds themselves have been beautifully landscaped with local, regional and indigenous plants and the contemporary buildings built to blend into the environment. It all creates a lovely and elegant ambiance that seamlessly connects the outside to the inside.

The word Asao in Kumeyaay means to eat, and boy did we. Since we’d been traveling around town on foot, and the last 2 blocks to Asao are mostly uphill we were ready for some cool drinks. David went with a Michelada, but the rest of us opted for Sangria Preparada…

…which is essentially limonada on the bottom with a red wine float on the top. Not only was this version attractive it tasted really good when blended together with neither the limeade or the red wine overpowering the other. Along with the drinks we were served an amuse bouche (single bite hors d’oeurve) of a crisp baguette disk topped with a creamy cheese mixture, drizzled with balsamic syrup and delicate sprouts. The perfect little bite to whet the appetite while we reviewed the menu. 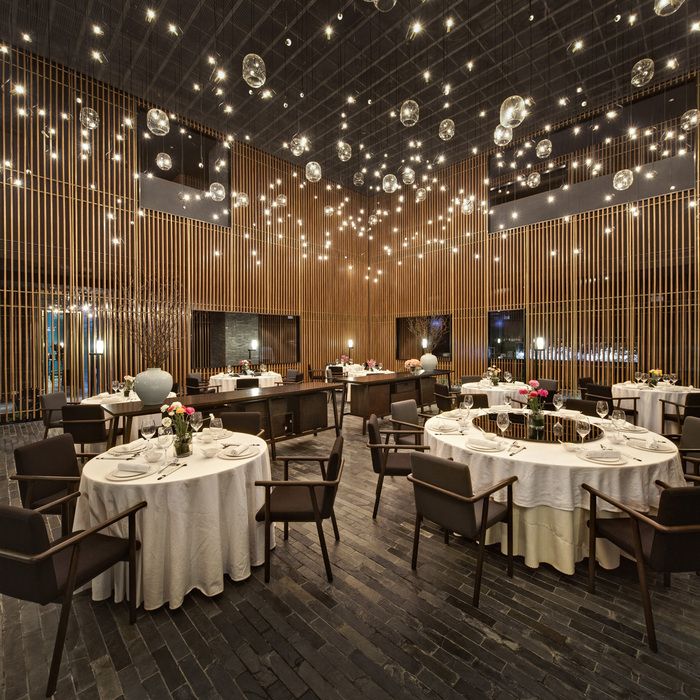 All of us seemed to breeze by the Entradas (appetizers) and Sopa (soup) and homed in on the Ensalada menu. David, Barbara and Suzanne all decided to go with the mixed lettuce salad…

…that came with a lightly crumbed and sauteed knob of goat cheese and half a small pear that had been poached and glazed. The salad was dressed with a tamarind based vinaigrette.

I happen to like plantains quite a bit, so resisting the spinach salad was pointless. In addition to little bits of plantain, the salad also held crushed nuts, a couple of cherry tomatoes and some strips of candied fruit (biznaga?)…

…dress it with an agave nectar based vinaigrette and finish it off with an amaranth crisp and I had a salad that pleased me right down to the last bite.

…a Caesar salad stacked like a napolean and showered with shredded parmesan. 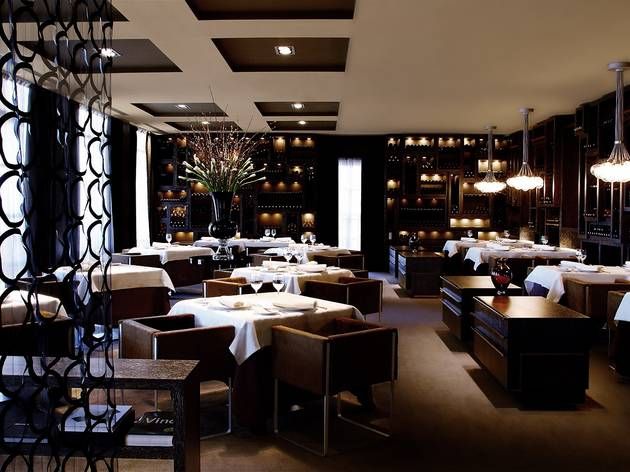 More of those super crisp baguette thins stood in for the traditional crouton.

As anyone can see, the plate presentation on all 3 salads was beautiful, but the best part was, each salad actually tasted as good as it looked. Then we moved on to the entrees.

…which came still pink inside and napped in a spicy salsa verde. David doesn’t like super spicy chile dishes so much and thought the sauce just bordered on being too hot for him. I, on the other hand, who does like spicy, thought the salsa verde had a nice kick that really complimented the beef very well, but wasn’t too hot. David didn’t really have too much difficulty polishing off his tender steak, and he was delighted with the grilled chunk of corn still on the cob that came with the plate.

…and turned out to be a dried chile that had, indeed, been stuffed with a very rich and savory smoked marlin.

As she ate it she tried difference combinations of the accompaniments and finally decided that if she put a bite of relleno, a dab of guacamole, a little cabbage and some of the cheese crisp all on the fork together, it was darn near the perfect bite for her (and for us as well)

Barbara and I each chose one of the duck preparations. Both duck dishes started with a very generous portion of confit duck…

I chose the duck with the salsa de tamarindo (tamarind sauce) and I can only say it was delicious. It did get a bit too sweet towards the end of the dish, but at no time did it ever enter into cloyingly sweet territory. And part of that may have been my own fault. My spinach salad had some nice sweet notes to it. Perhaps if I had chosen a different starter or salad, I may not have noticed the sweetness at all. But it makes no difference, duck was very good.

…with her choice of duck in pipían verde. 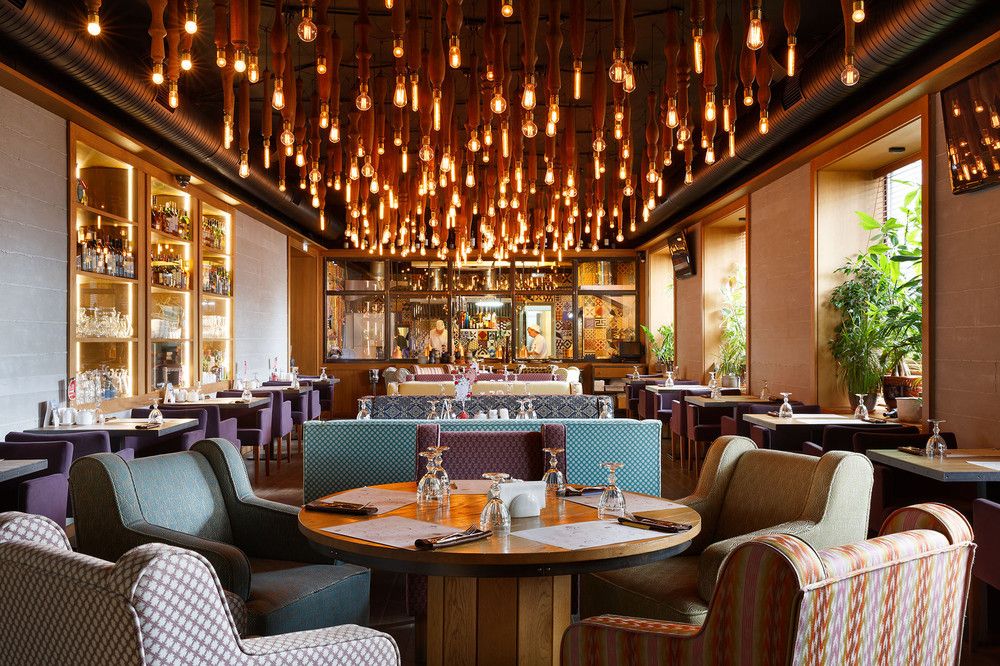 Pipíanes are nut and seed based rustic sauces. There was nothing particularly rustic about this one as it was elegant and well balanced. In fact, as Barbara got to the end of her duck she was wishing she had more of the pipían, it was that good.

Having dined with Jim in the past, I knew he had a knack for unearthing menu items that maybe didn’t sound so interesting on the menu but turn out to be some of the best things on it. He didn’t disappoint me…

…in his selection of the luminous seared tuna. Wow, probably one of the best dishes of the day. It’s resting on a bed of sea beans and that little blob of light green is wasabi sorbet. The buttery, sashimi grade tuna was a very light and refreshing dish.

Portions at Asao are not stingy and the well stocked bread basket dangerous, so after salads and mains we were all feeling pretty full. But whether I actually order dessert or not, I’ve not really ever been known to refuse a dessert menu. It had most of the usual dessert suspects, but the first one caught both Suzanne and my eye. 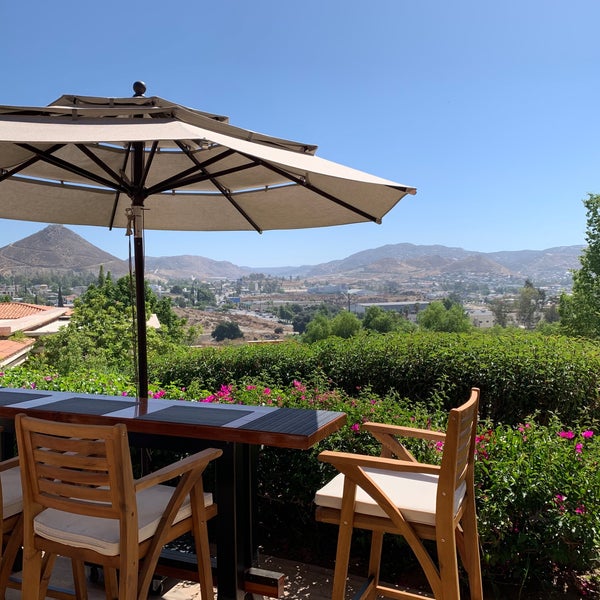 Espuma de Atole con Dulce Frijol y Buñuelos?  Atole (corn) foam with sweet beans?  That seemed like such an unlikely combination. We debated back and forth about whether to order it or not. David solved the dilemma by ordering 1 dessert and 5 spoons…

…Suzanne and I took the first bites and almost simultaneously had that Oh…My…God moment. This has got to be the single best dessert I’ve had so far in 2011. It was impossibly light, but at the same time wonderfully rich, not to sweet, utterly delicious. The corn from the atole was subtle and nuanced and the sweet bean puree, silky smooth. The buñuelos?  Well, those were probably the only thing that wasn’t just about perfect in the entire meal, but they were such a minute part of it, who cares, certainly we didn’t.

The check for 1 Michelada, 4 Sangria Preparadas, 5 salads, 5 entrees and 1 dessert (with 5 spoons), tax and a generous tip was $40 each making this an incredible deal for the quality of the meal. 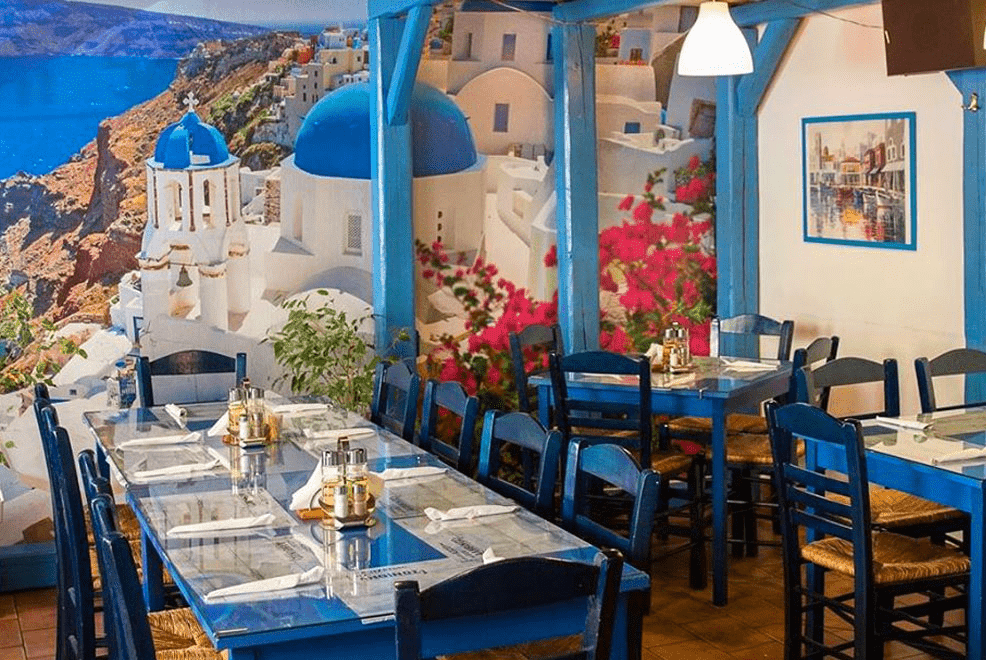 And it should be mentioned that the service was stellar. The staff is efficient and well trained and service is professional and anything but stuffy.

Restaurante Asao is located at Estaban Cantu 214 and is walkable from the Tecate border crossing.

If coming from San Diego on highway 94, it is probably advisable to dine at Asao for midday comida as the stretch of 94 from Tecate to the border patrol check point is fairly curvy with a couple of steep descents that might be a touch hairy in the dark after a tequila or 3.  If driving across the border to Asao, it’s super easy to find. Once you cross, go down to the stop light at Ave. Juárez, turn left and follow it until you see the sign, turn left, go up the hill and park. Or just follow this map

Show more on the map

Reviews about other places

Questions about other places

Coloma’s Weaving — Are you open on Sunday?
1 hour ago

Dawn Voyage Travel and Tours — Package for 2
3 hours ago 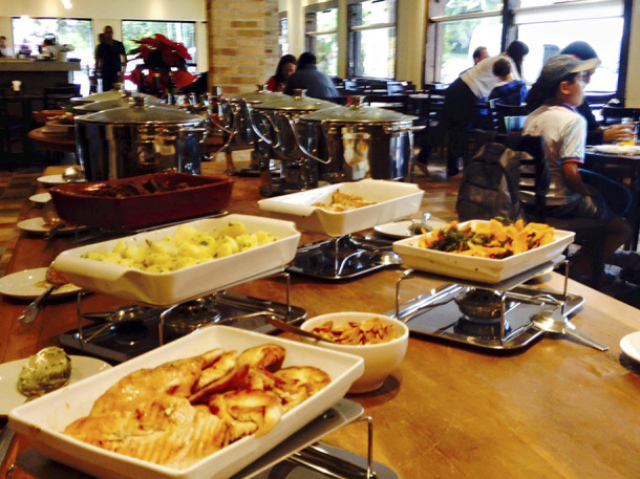 Mary’s School of Nursing Vunapope — My choice?
3 hours ago

On April 25, the organizing committee of the Tokyo 2020 Summer Olympic and Paralympic Games (headed by former Prime Minister Mori Yoshiro) finally approved the newly selected emblems of the games and made its decision public.

Symbol of diversity and harmony

Tokoro Asao, creator of the emblem

The traditional dark blue of Japan, used for checkered patterns — «ichimatsumon», which gained popularity in Japan during the Edo period (1603-1868), gives artistic solutions a special chic.

According to representatives of the organizing committee, three types of quadrilaterals of various shapes symbolize the differences between countries, cultures, worldviews, etc. Collected in a single design, these figures convey the image of «diversity and harmony», expressing the idea of ​​the Olympic and Paralympic Games.

Chairman of the Commission on Olympic Emblems Mori Yoshiro noted that one of them was chosen based on the voting results, and was unanimously supported by the leadership. He also expressed the hope that this emblem will be liked by many as a symbol of the Games.

The artist Tokoro Asao said that his face bled when he heard about the result of the selection, and that his creation, which he spent so much time on, he perceives as his child. 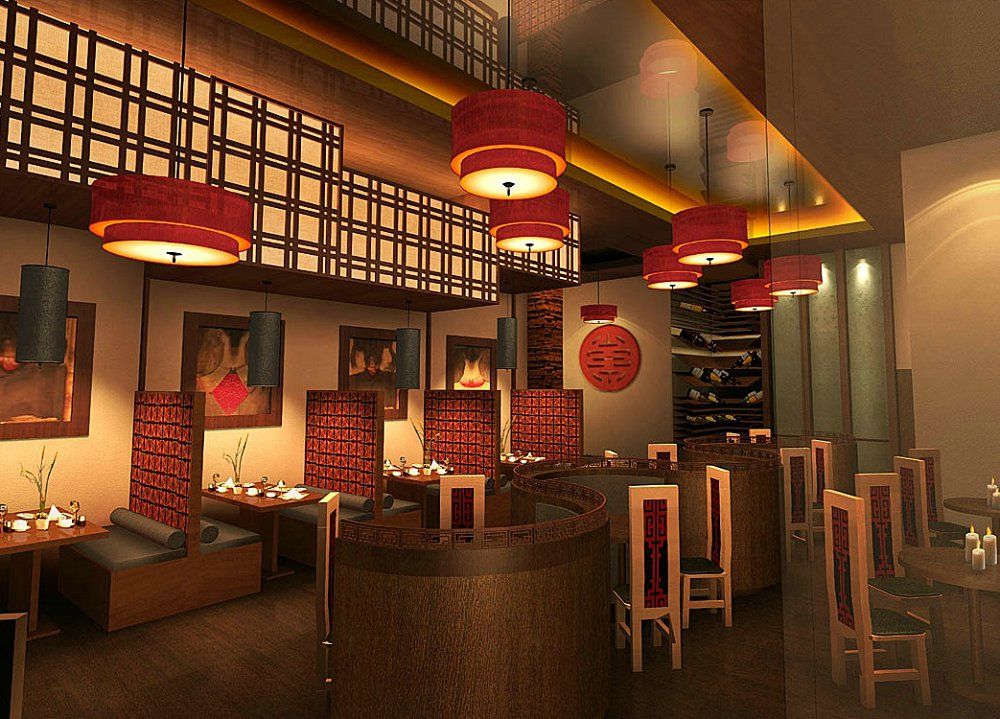 During the emblem selection process in October 2015, the Organizing Committee decided to invite all residents of Japan aged 18 and over to create their own designs. The collection of applications, the total number of which reached 14,599, was completed on December 7. After that, a jury formed of professional designers, experts and famous people — the Commission on Olympic Emblems — conducted an initial selection, according to the results of which, on April 8, 2016, a short list of four options for the final selection was published.

The Olympic Emblem Committee consisted of 21 members, and in the primary vote, Tokoro Asao’s emblem received 13 votes, more than half. Other emblems are listed below.

Hisano Kozue, «The Unification Ring and the Spread of Harmony»

Rejection of the previously accepted emblem and new competition

The original emblems that were abandoned and the process started again 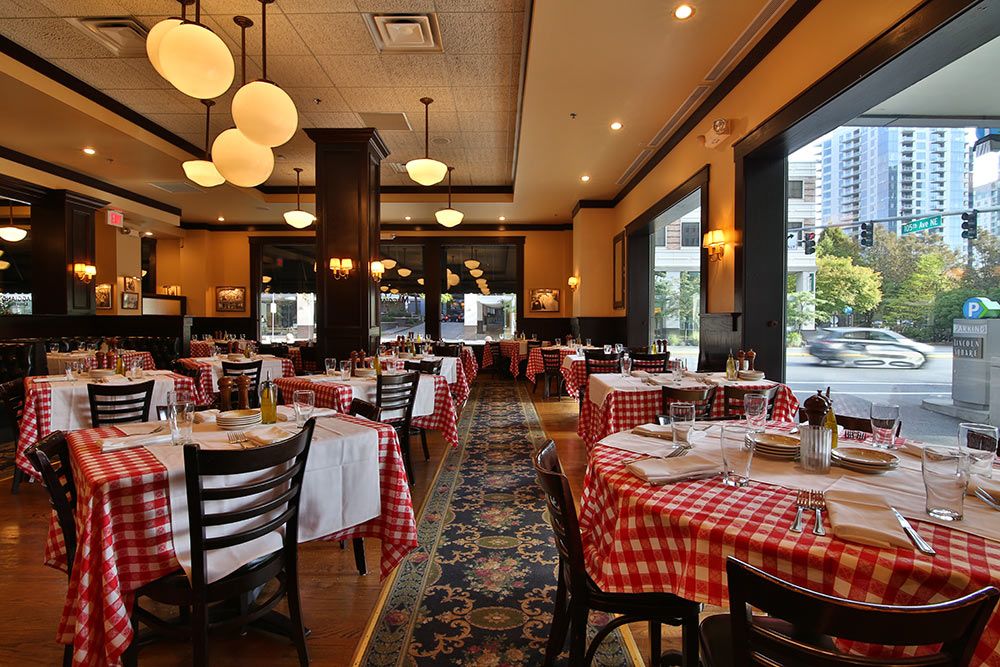 Sponsored enterprises have already begun to use the published emblems in their advertising. However, the design of these emblems in the society developed a serious debate after the news came: «The design is similar to the logo of one of the theaters in Belgium.»

In the online media, one after another, there were reports that the emblems are a copy, an imitation of this original logo, and as a result, on September 1, the Organizing Committee decided to start the process of selecting emblems “from scratch”, because (as noted by the secretary general of the organizing committee Muto Toshiro) «otherwise we will not meet with understanding among the population of the country.»

Preparation of the material and text: editors of NIPPON.com