Toa Alta is known as the «Toa City,» the «Cradle of Poets» and the «City of Josco.» The Toa part of the name comes from the name the Tainos gave to La Plata River. The word means «mother» in the Taino language and was frequently spelled «Thoa.» The patron saints of the municipality are San Fernando Rey and Nuestra Señora de la Concepción. The municipality’s territory covers 72 square kilometers (28 square miles). Toa Alta is home to 63,929 residents, called toalteños (2000 census). The municipality is divided into the sectors of Toa Alta Pueblo, Mucarabones, Río Lajas, Quebrada Arenas, Galateo, Ortiz, Piñas, Quebrada Cruz and Contorno.

The municipality has several dairy farms and is an important producer of milk. Several factories operate in Toa Alta, manufacturing scientific instruments, food, clothing, leather goods, and rubber and plastic goods, among others.

The municipality is home to a legendary tree known as the «cannonball» that is believed to have been planted in 1912. The tree is located in the center of the main plaza of the municipality and is considered very rare in Puerto Rico. It produces shell-shaped flowers with a white and yellow interior and a red exterior. The latter two colors are the official colors of the Toa Alta flag. The fruit of the tree is similar to the mamey and resembles a cannonball, which is where it gets its name.

The municipality is bordered on the north by the municipalities of Dorado and Toa Baja, on the east by the municipality of Bayamón, on the south by Naranjito and on the west by Vega Alta and Corozal. Geographically, it is part of the region called the northern coastal plain, which means it is an alluvial plain where agriculture is of great importance.

The territory is also part of the karst zone. This zone is characterized by limestone haystack hills calledmogotes. To the southwest and west lie slightly higher elevations. The peaks of Santa Bárbara and Toa Alta rise 200 meters (656 feet) above sea level. 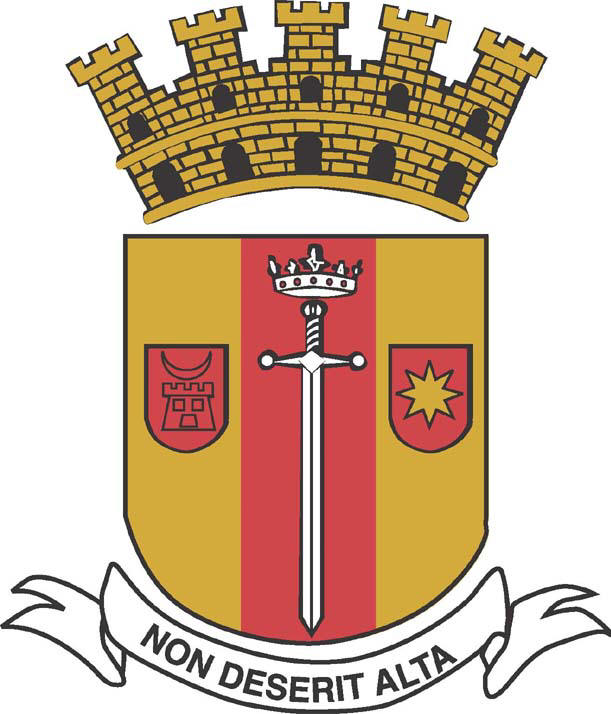 Its hydrological system consists of La Plata River, also known as the Toa River, which crosses from south to north; its tributaries, the Bucarabones and Lajas rivers; and the Cancel, Cruz, La Piña and México streams. The Quilán and La Concha streams are tributaries of the Bucarabones River and the Arenas creek is a tributary of the Lajas River.

The La Plata reservoir is formed from the course of the river of the same name, between the municipalities of Naranjito, Bayamón and Toa Alta. It is the second-largest reservoir in Puerto Rico in terms of size, with a capacity of 41 million cubic meters, and a watershed of approximately 448 square kilometers.

In addition to mogotes and sinkholes, there are numerous caves in the Toa Alta area. Five of these are found in the Río Lajas sector and one, in the Quebrada Arenas sector, called Convento. The most outstanding of these are the Ocho Puertas, Convento I, Convento II and Cuevas caves.

It is believed that in 1511 the conquistador Juan Ponce de León founded a King’s farm on Taino land.

This was one of the regions of the island most populated by the Indians. The original population of the municipality consisted mainly of farm workers and families from the Canary Islands. Their first crops were manioc and sweet potatoes. These met the colonialists’ basic food needs. Fishing was productive as the river was rich with sardines, mullet, sea bass, bream, and other fish. The northern region suffered frequent floods from the Toa River. This led a large number of residents to move south, to higher ground that was less subject to flooding.

Toa Alta is one of the two oldest towns in Puerto Rico. It was founded in 1751 under the incumbency ofGovernor Agustín Parejas. The parish was created under the devotion of Nuestra Señora de la Concepción and San Fernando Rey. By 1775, the church had three naves. Today, its façade, its bell tower, its pillars and its stone door, flanked by columns, can still be appreciated. 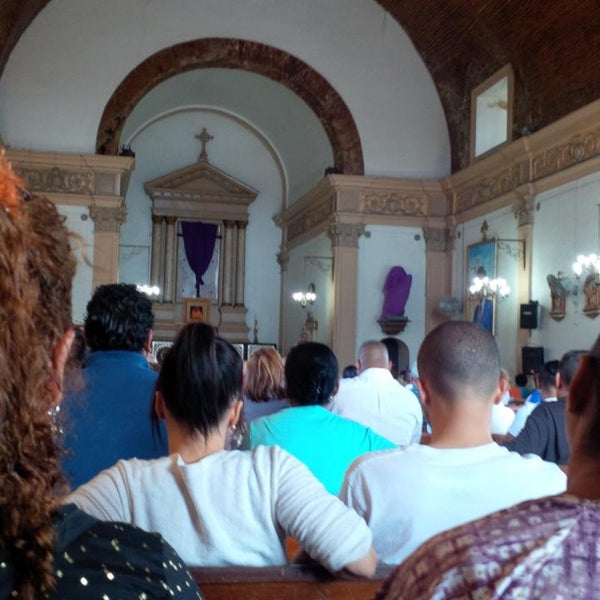 According to Historia by Fray Iñigo Abbad y Lasierra, the population in 1776 consisted of 385 families with 2,777 people. At that time, the economy was based on raising livestock and horses. There were huge ranches that grew sugar cane and other fruits. During the attack by the English in 1797, Toa Alta contributed 50 militia members under the command of José Díaz for the defense of San Juan. They defended the Martín Peña Bridge and Hato Rey from the invaders.

In 1824, Toa Alta consisted of the sectors of Anones, Arenas, Boca Quebrada, Brame, Florida, Galateo, Guadiana, Lajas, Lomas, Mucarabones,Naranjito, Ortiz, Piñas, Río Cañas, Tierras Nuevas and Toa Alta Pueblo. In December of that year, the sectors of Guadiana, Naranjito, Anones, Lomas and Río Cañas were separated to create a new municipality that was named Guadiana, and later renamed Naranjito. In that same decade, the sectors of Contorno and Quebrada Cruz were created. The Lajas sector is known today as Río Lajas and the Arenas sector is now Quebrada Arenas. 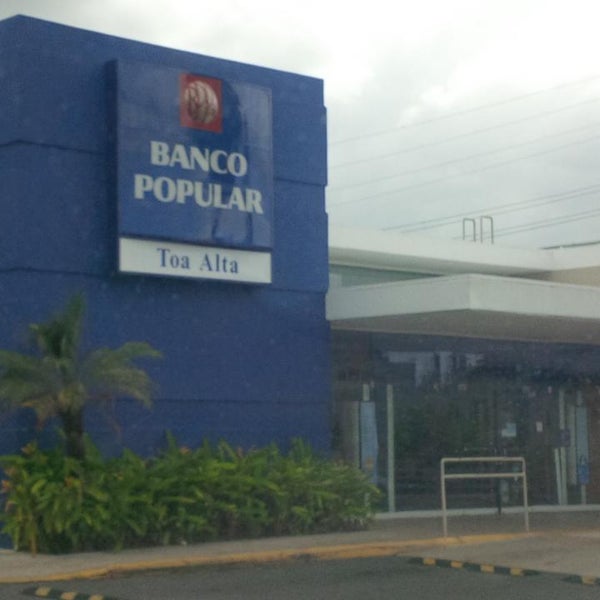 By the middle of the 19th century, Toa Alta had various public buildings. In 1853, it had a stone and masonry church, a Kings House (Council House) of wood and a cemetery with stone walls. It also had a hospital.

Agriculture continued to be the main economic activity. In 1876, there was one plantation with steam-powered machinery and one sugar cane plantation with a cane press. In 1878, cocoa and coffee were also harvested in Toa Alta.

One hundred years later, in the 1970s, the livestock industry had developed, producing both milk and beef. This industry, one of the main ones in the municipality, included 40 first-class dairy farms in 1974. Today, the economy is based on industry and commerce.

Flag
The Toa Alta flag  consists of three horizontal bands: two red (the upper and the lower) and one yellow (center). The center band is narrower. In the upper band, close to the flagpole, is an eight-point star. This star, in Spanish heraldry, alludes to the surname Díaz (son of Diego), which refers to José «Pepe» and Francisco Díaz, who defended the Martín Peña Bridge against the English invaders in 1797. 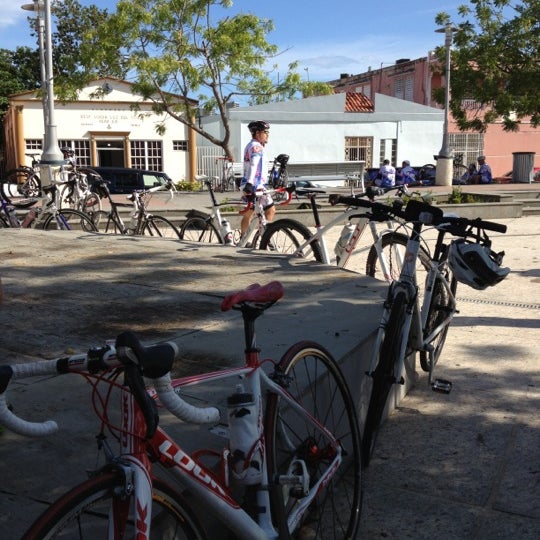 The star also represents the tradition of the star that revealed the tomb of the apostle of Spain, Santiago de Compostela.

Coat of Arms
The coat of arms  is mostly gold in color. It has a vertical band of color bearing a silver sword with a gold hand guard. Above the sword is a gold crown. On both sides of the sword are smaller seals with a gold tower on one and a gold, eight-pointed star on the other. The theme on the coat of arms is: Non Deserit Alta, which means «we do not wish it higher.»

The sword and the crown represent San Fernando Rey, patron saint of Toa Alta, and allude to the bells of the Reconquest and the spirit of justice of that monarch, ruler of Castilla and León. In the small seal on the right, the symbol represents the Virgin Mary, co-patron saint of the town. The tower symbolizes Santa Bárbara, virgin and martyr and the other co-patron saint of Toa Alta. In the seal on the left, the eight-pointed star, which has become a popular symbol in Toa Alta, particularly in the sphere of sports, alludes to the heroism of Toa Alta residents José and Francisco Díaz, who won glory in Hato Rey (1797), fighting against the English invaders.

José Díaz gave his life in defense of the Spanish regime and his fatherland at the Martín Peña Bridge.

In Spanish heraldry, the star represents the surname Díaz, which means «son of Diego.» It also means «son of Santiago,» and alludes to the legend of the star that appeared and revealed the site of the tomb of the Apostle Santiago, patron saint of Spain. The crown wall of three towers denotes the municipality as a town.

José Pablo Morales Miranda – Journalist who wrote about politics, economics, history and literature. Member of the Puerto Rico Provincial Delegation in the middle of the 19th century. 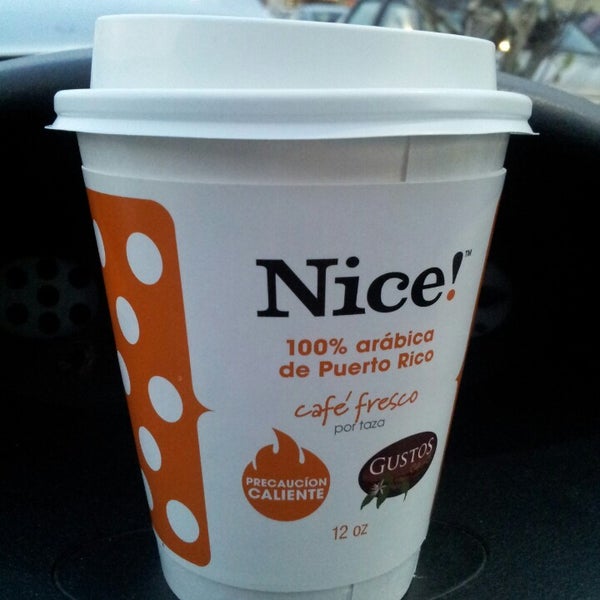 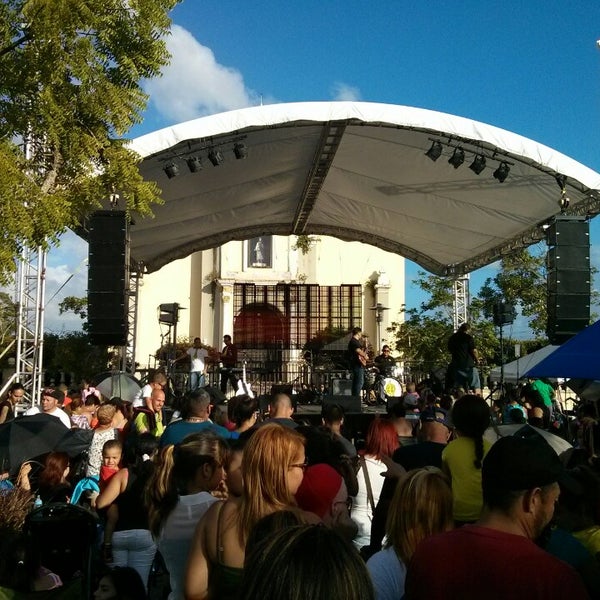 Based on the housing stock, population density, and the proximity of amenities of the area. 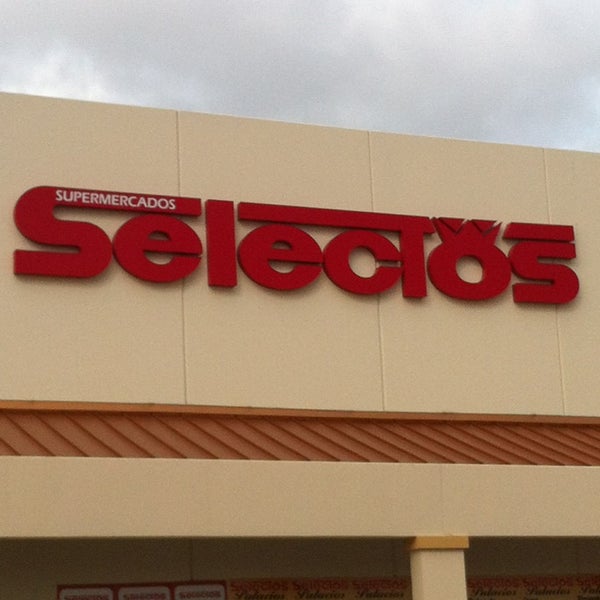 Niche may be compensated by the third party lenders and others who place ads on the website. Niche is not a lender and does not endorse the products of these advertisers. Fees that Niche receives for ads do not affect the terms you may be offered by the lender you choose. There are many additional borrowing options available.

Based on violent and property crime rates.

Based on ethnic and economic diversity.

Based on employment rates, job and business growth, and cost of living. 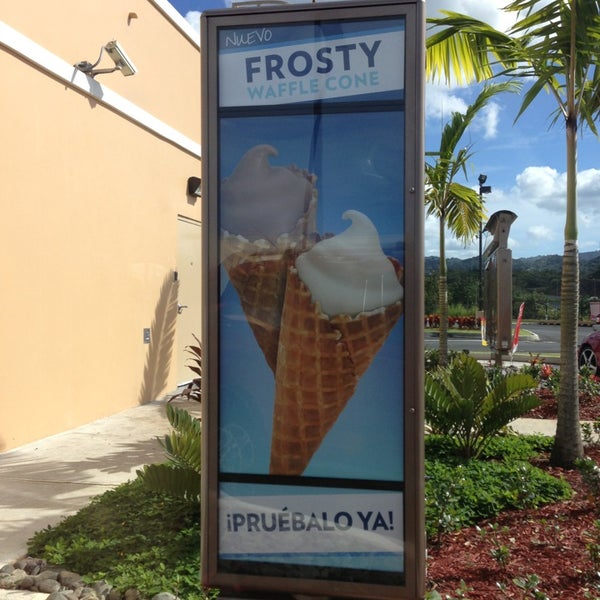 Search for Jobs in Toa Alta

Selecting a category below will take you to another page

I’ve lived in Toa Alta for approximately 14 years and it’s been really good. I live near the metro area which means I have access to many different shopping centers, movie theaters, schools, gas stations, hospitals and many more. However, Toa Alta does lack of outdoor activities. I would like to have more access of parks and recreational settings but there aren’t many options, especially pet-friendly parks. 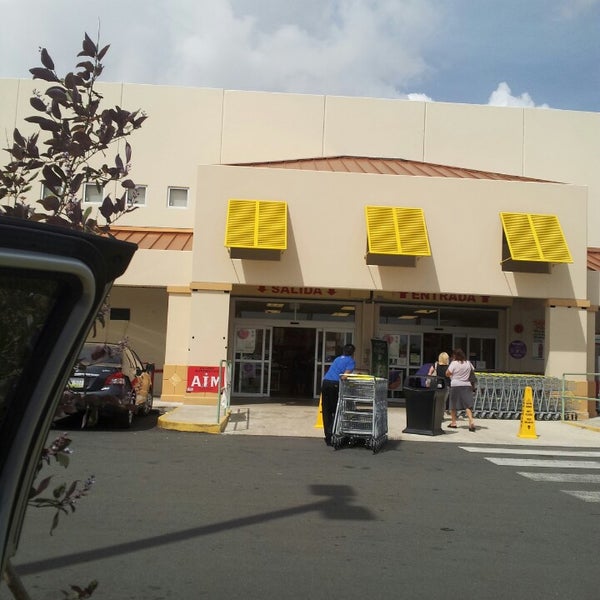 Start Your Review of Toa Alta

I love my town and the people there. I believe people from Toa Alta become very sucessful. We have great muscians, writers, profesionals, athletes, and even a Miss Universe. People from every sector help each other constantly. That is great aspect about my town. The quality of people is excellent.

I believe we need more activities that unite more the town like fairs, carnivals, and sports. We also need to have more sports team to develop more athletes. 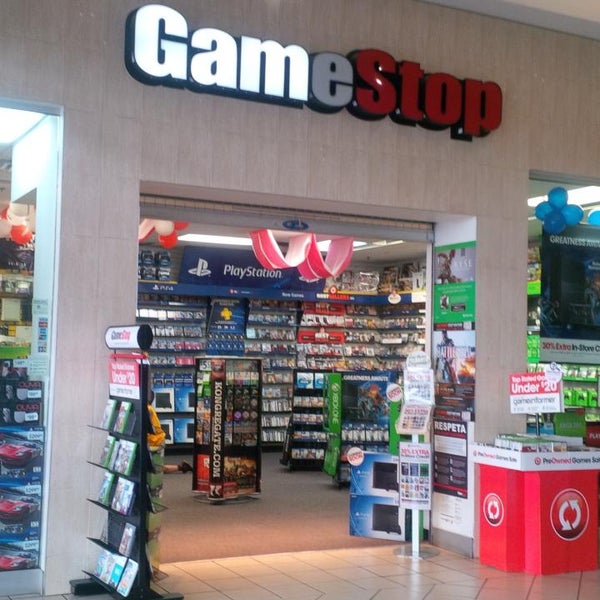 PIDPRIMITY TOV «Alta Torg» do not get in the ass of the judgment .

To be protected by ships, please, starting from April 2021.

LLC «ALTA TORG» does not have any trademark registered.
nine0012

The registry has 10 changes of data about the company TOV «ALTA TORG». 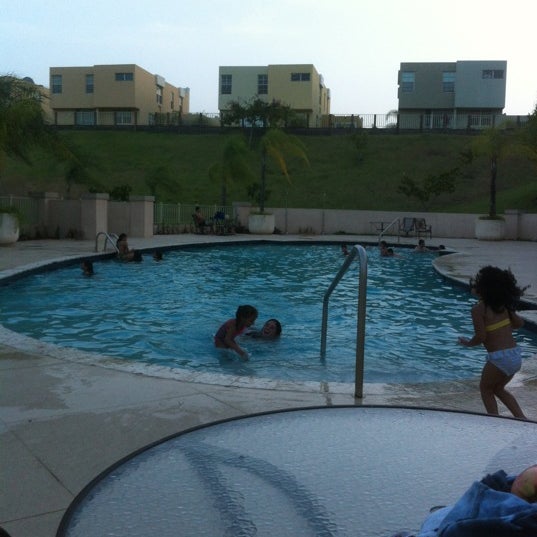