Welfare Reform and the EITC: Economic Development Recommendations by the Oversight Board

The Financial Oversight Board published its first annual report in accordance with Section 208(a) of the Puerto Rico Oversight, Management, and…

No one gets out of poverty with food stamps”

Airbnb to collect room tax in Puerto Rico for government

SAN JUAN, Puerto Rico – Puerto Rico signed a deal with Airbnb on Thursday under which the company will collect the room tax from hosts on the . ..

Puerto Rico Faces Mountain of Obstacles on the Road to Recovery

For Puerto Rico, long crippled by enormous debt and an essentially bankrupt financial system, the road to recovery just went from long to seemingly…

Editorial: Public corporations as the cornerstone of development

The Government had extended until the weekend its talks with bondholders in an effort to seek voluntary debt restructuring agreements, while the…

Puerto Rico, struggling through a drawn-out «depression,» has already begun an economic revival that could mirror past recoveries in U.

Due to Puerto Rico’s growing financial crisis, now schools all over the island are being forced to shut down by the end of the school year, The…

The enormous challenges left to us in Puerto Rico

The United States Territory of Puerto Rico is entering the second decade of an historic economic recession. According to official data from the…

Puerto Rico’s bankruptcy will only prolong its economic meltdown

While serving in the U. S. Congress, I had the pleasure of working with the leadership of Puerto Rico and experiencing the Commonwealth’s rich…

Puerto Rico entered its own form of bankruptcy in early May, and the financial crisis there is still getting worse. But even as the restructuring…

The budget report showed August revenues 2.3% higher than those of August 2021.

The fiscal year begins in July.

August net revenues were $693.8 million. Seven of the 10 revenue categories reported were above projections, while three failed to match expectations. Act 154 foreign corporation excise tax, which posted a $21.8 million or 18.3% shortfall, was the category that was most off from projections.

The Law 154 tax is being replaced by a Law 52-2022 tax in January. The shortfall resulted from foreign entities «planning» for this tax transition, the Department of the Treasury said in a press statement. «Therefore, we remain attentive to the evolution of factors such as increases in the Federal Reserve rates and the behavior or agreements that could be finalized to increase the oil supply.»

The year-over-year decline of 0.8% in the economic activity index was the first such decline since February 2021.

Three of the four economic activity index components declined in September on a monthly basis, with gasoline consumption being the exception. Electrical power and cement sales saw the biggest drops.

«Hurricane Fiona hit in September. Is it surprising that cement sales took a dive?» asked Advantage Business Consulting President Vicente Feliciano. «September figures tell us nothing about the condition of the Puerto Rico economy.»

Hurricane Fiona made landfall on the island on Sept. 18. Although its winds made it a Category 1 storm, the weakest hurricane designation, Fiona dropped more than 30 inches of rain on parts of Southeast Puerto Rico. More than 1.5 million residents lost electricity and more than half of the island’s population lost water service. The September results were a «minor contraction» due to Fiona, said Gustavo Veléz, president of Inteligencía Economica, a data analysis firm.

Veléz said he believes Puerto Rico’s economy grew in October and expected it would grow in November and December.

For reprint and licensing requests for this article, click here.

Massive protests break out over blackout in Puerto Rico

NYP: Biden lied about being close to the

US President Joe Biden was not sincere during his speech in Puerto Rico. The New York Post is confident that the American leader lied about his work with the Puerto Rican community at the beginning of his career.

Americans shocked by Biden’s condition after video from Puerto Rico

American users of the social network Twitter questioned the adequacy of United States President Joe Biden during his working visit to Puerto Rico.

Hurricane leaves hundreds of thousands of Puerto Ricans without electricity, water or food 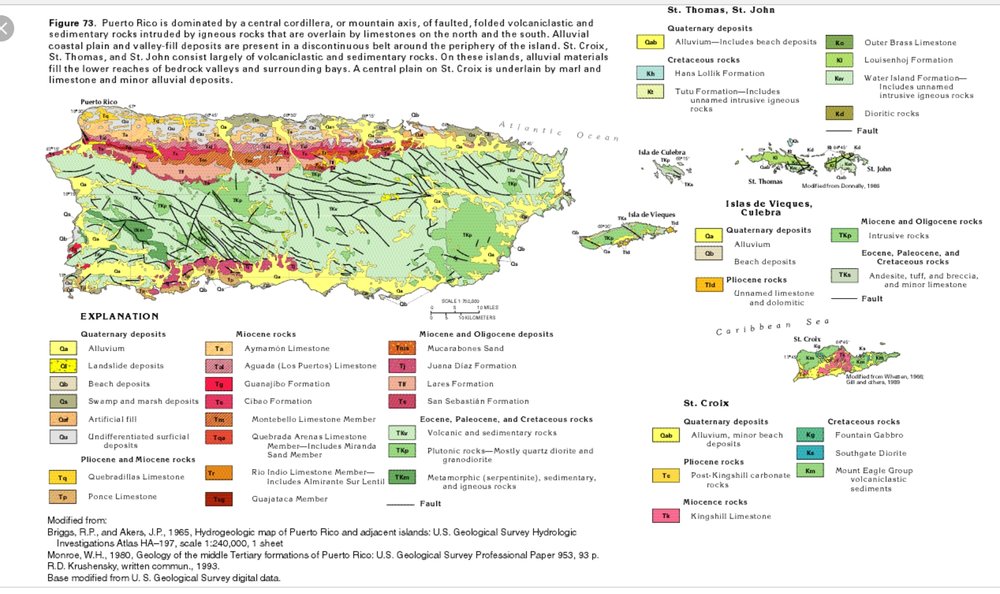 In Puerto Rico, 120,000 homes and businesses are still without power, two weeks after Hurricane Fiona caused power outages for 3.3 million people. This is reported by Reuters.

San Juan, 20 September. About 1.3 million homes and businesses in Puerto Rico were left without power due to Hurricane Fiona, which hit the island on September 18. This is reported by the local authorities.

Power outages completely in Puerto Rico due to Hurricane Fiona

The power supply has been completely cut off in Puerto Rico. This was caused by Hurricane Fiona.

US President Joe Biden declares a state of emergency in Puerto Rico due to Tropical Storm Fiona. 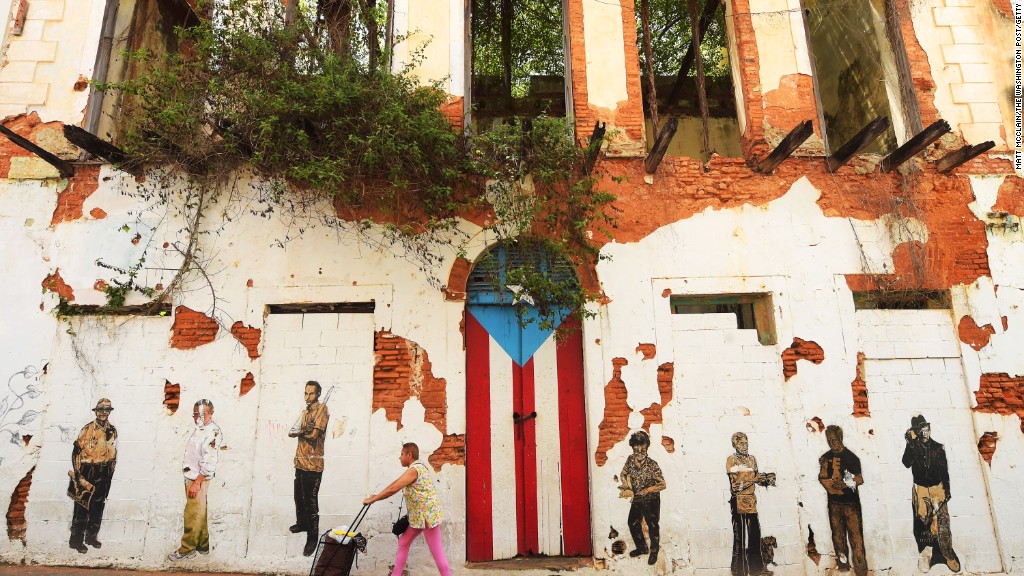 Local authorities were provided with equipment and resources to deal with the consequences of bad weather.

Shipwreck off the coast of Puerto Rico kills 11 people

A ship sank off the coast of Puerto Rico, killing at least 11 people. This is reported by the United States Coast Guard.

Former Finance Minister of Ukraine Natalia Yaresko is stepping down as Executive Director of the Financial Management and Control Board for Puerto Rico effective April 1st. The council was created to restructure more than $70 billion of Puerto Rico’s public debt, and Jaresko led it in 2017, writes NBCNews.

«I am leaving the Council at a time of recovery and stability. I am confident that the path that has led us to this important milestone will lead Puerto Rico to further growth and prosperity,» Jaresko said in a statement. 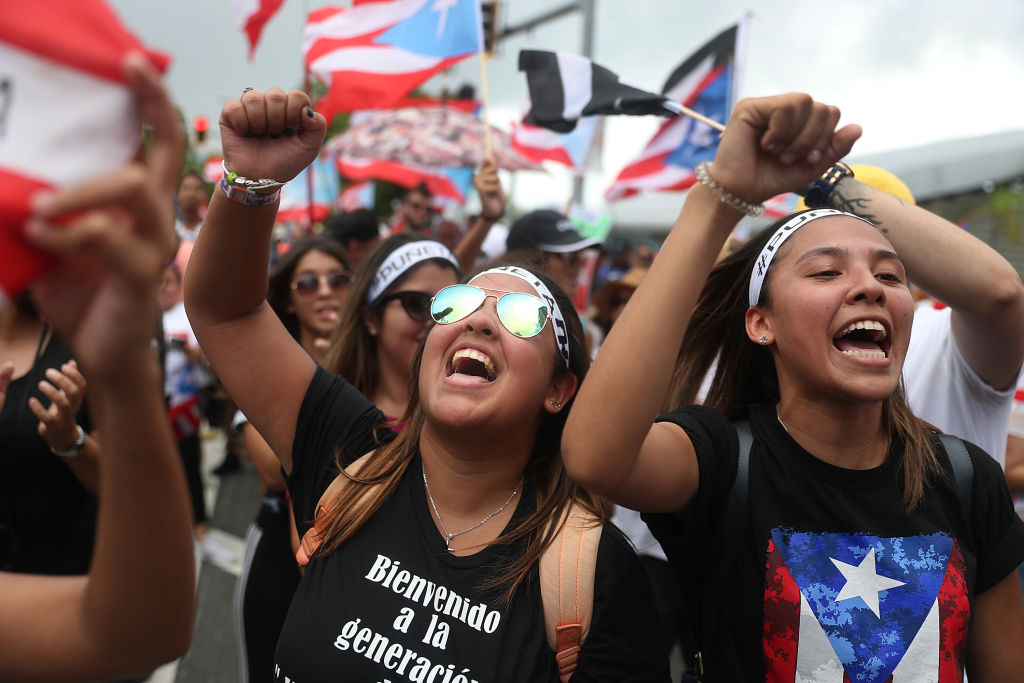 Former minister steps down after a federal judge approved a plan to restructure part of Puerto Rico’s public debt.

The plan reduces part of the $33 billion debt to $7 billion, reducing annual payments to the territory’s government bondholders to $1.15 billion.

at that time for a total of $73 billion. Previously, dozens of government agencies, including municipalities, state corporations, pension funds, uncontrollably issued bonds under state guarantees, hoping for financial assistance from the United States.

Interview | Natalia Yaresko: In Puerto Rico, I’m working for the Junta again. This is how Putin called us here

Puerto Rico is under the jurisdiction of the United States on the basis of self-government rights, has the status of an «unincorporated organized territory», which means that it is not directly part of the United States, but the supreme power there belongs to the American Congress, and the effect of the US Constitution is limited . 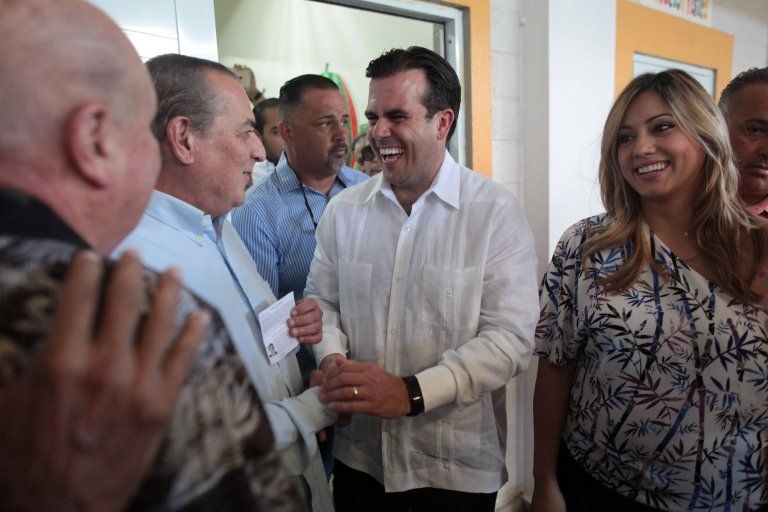 The territory defaulted after the US government did not approve the bailout plan.

Instead, a special law was passed in 2016 that created the Financial Conduct Authority and approved the Puerto Rico debt restructuring mechanism through the US Federal Court’s oversight system.

The Board was responsible for overseeing all debt reviews of Puerto Rico. He also regulated drastic cuts in government spending.

Jaresko won the competition for the post of head of the Council among 300 applicants.

Natalia Yaresko grew up in Chicago, the son of Ukrainians who emigrated to the United States after World War II. On December 2, 2014, Ukrainian President Petro Poroshenko signed a decree granting her Ukrainian citizenship. On the same day, she was appointed to the position of Minister of Finance in the new Cabinet of Ministers. She served until April 2016. She resigned along with the Yatsenyuk government.