Taíno Language Influence — Yo Soy (I am): The Historical Trajectory of Language in Puerto Rico

Prior to any contact with the Spanish, the Taíno civilization’s culture thrived throughout the island of Borikén. The Taínos had their own culture, language, and government structure. Their contact with the Spanish led to a clash of cultures that affected the identity and language development throughout Borikén, most notably in the name of the island, which became Puerto Rico, representing the origins of the Puerto Rican identity at the historical moment the Spanish arrived.

During the Spanish colonization of Puerto Rico, the Taíno and Spanish languages influenced each other, leading to the creation of a Spanish-Taíno creole, which became a standardized form of communication amongst Puerto Ricans. Even though the use of the Taíno language declined under Spanish colonization, Taíno traditions contributed to the everyday life and language development in Puerto Rico. Their food, music, dances, storytelling, and language became a part of Puerto Rican heritage. Musical instruments such as maracas (rumba shakers) and güiros (percussion instruments), and words like iguana (arboreal lizard) and canoa (canoe) part of that legacy, which the Spanish carried elsewhere. Taíno words are still used for municipalities throughout Puerto Rico; such as Utuado, Mayagüez, Caguas, and Humacao, among others.

These print materials link to fuller bibliographic information in the Library of Congress Online Catalog. 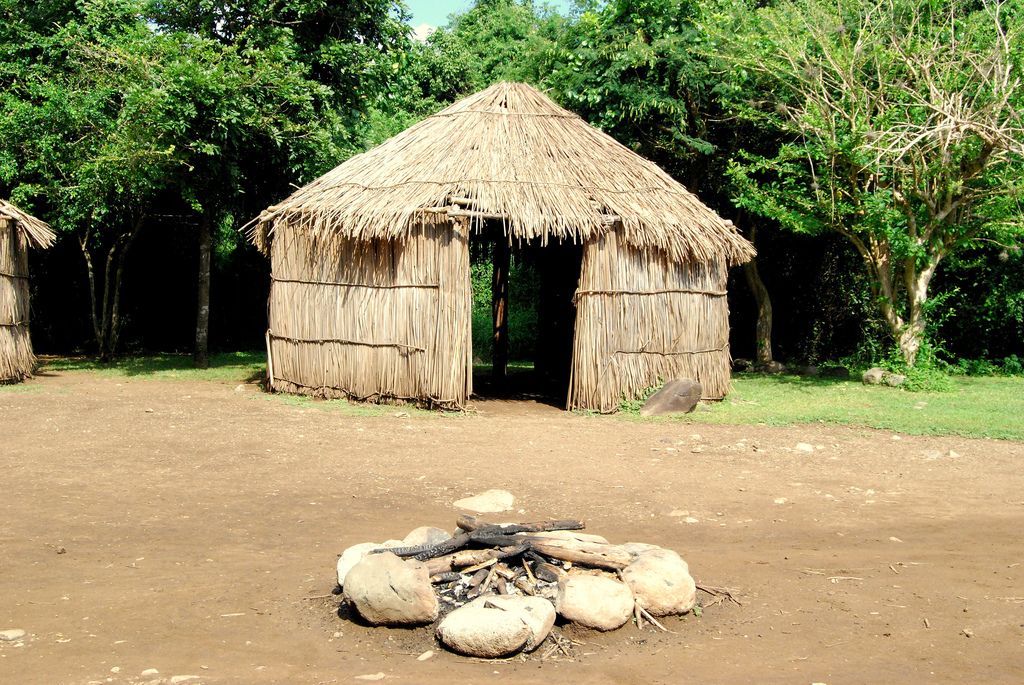 Links to digitized versions are provided when available.

The Library of Congress subscribes to a large number of diverse databases which are cataloged and accessible via the E-Resources Online Catalog (EROC). The following selected databases range from freely available to on-site available resources. The databases marked with a padlock are available to researchers on-site at the Library of Congress. If you are unable to visit the Library, you may be able to access these resources through your local public or academic library.

These selected resources offer significant materials related to Taíno language in Puerto Rican Spanish as a consequence of colonialism.

Would you like to supplement your research? The following external websites can be useful for expanding your search on topics regarding Taíno linguistic heritage in Puerto Rican Spanish.

This tab contains a compilation of subject areas related to Taíno influence in Puerto Rico that link directly to the Handbook of Latin American Studies (HLAS) database. The following images display items from the Jay I. Kislak collection. The Kislak collection includes more than three thousand rare books, maps, manuscripts, historic documents, artifacts, and works of art related to early American history and the cultures of Florida, the Caribbean, and Mesoamerica. The images displayed contain historical artifacts and sculptures from the Taíno civilization, the first recorded inhabitants of Puerto Rico. 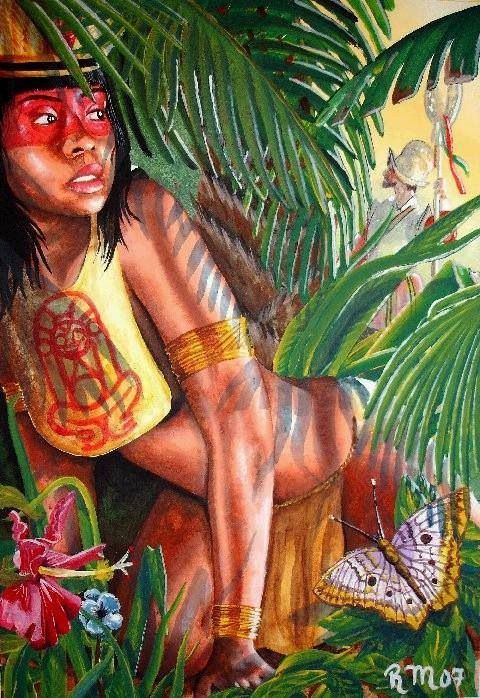 CORRECTION: An earlier version of this report stated that the bill in question centered on a highway expansion and not simply a transfer of ownership. Edits have been to correct this error.

The Puerto Rico Senate is preparing to vote on a joint resolution that threatens to privatize sacred Indigenous lands in Puerto Rico, according to a group of activists and Indigenous leaders.

RCS 45 seeks to transfer control of the Caguana Ceremonial Ball Courts Site, home to 10 Taíno ceremonial ball courts, known as bateyes, from the Institute of Puerto Rican Culture to the municipality of Utuado itself, leaving the site open to privatization.

The resolution would transfer the “administration and maintenance” of the site over to the municipality for the purpose of carrying out “all the actions that it deems necessary and agreeable to reach its maximum potential use for the sake of the economic development of the region and its municipality,” the resolution reads. 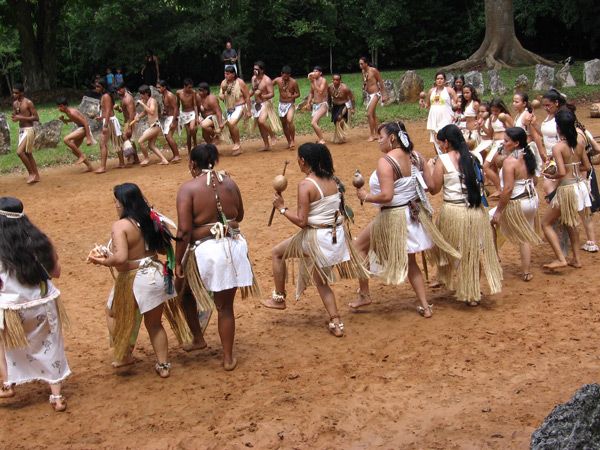 Opponents say that the Senate vote is scheduled to occur in a closed session on Tuesday, April 19.

“Senators don’t work until Monday,” they write, “so Tainos have [organized and] are becoming merciless to reach their email boxes by Sunday 17 and Monday 18!”

“We aren’t going to allow them to hand over the Centro Ceremonial Indígena de Caguana (CCIC, as the site is known in Spanish) to the municipality of Utuado,” said Mariana Nogales Molinelli, a member of the Puerto Rico House of Representatives from the at-large district, in a tweet sharing images of the bill. 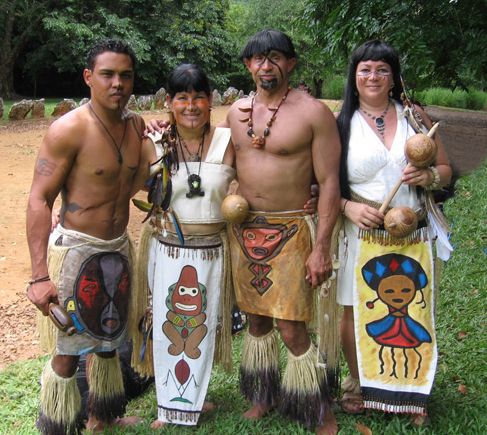 “The Institute of Puerto Rican Culture is opposed with reason. This RCS45 would permit the privatization and transfer of ownership of a sacred place.”

Built between 1200 and 1500 BCE by the Taíno, Puerto Rico’s Indigenous people, Caguana —the largest site of its kind in the West Indies— also features cobbled walkways and stone monoliths, some decorated with petroglyphs, which border the courts.

In 1955, the Institute of Puerto Rican Culture acquired the site and began the process of restoration and preservation.

One alert describes the site at Caguana as “the Stonehenge of Puerto Rico.”

“As the site of our indigenous ancestors’ cultural and spiritual ceremonies, [the Caguana Ceremonial Ball Courts Site] is one of the most significant epicenters of Taíno heritage in the Caribbean,” Dr. Darlene Flores, an Indigenous advocate and councilwoman from the Higuayagua Caribeña Taíno community, writes in a letter shared with Latino Rebels to Puerto Rico Sen. Albert Torres Berrios of the District of Guayama. 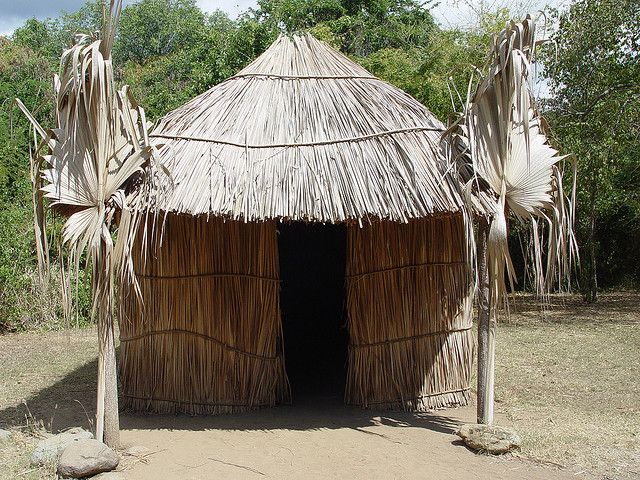 “While RCS45 promises continued public access to [the site], the transfer of its management from Instituto de Cultura Puertorriqueña (ICP) to the municipality of Utuado puts the [the site] in grave danger of privatization, interference from third parties, and ultimately desecration. As a member of the Taíno people, I stand firmly against the commodification of the sacred ancestral lands of Borikén. I consider the privatization of such lands to be not only a severe affront to my heritage and spiritual beliefs, but also a moral failing against the people of Puerto Rico and every person of Taíno heritage.”

“Privatization of Caguana is a violation of our Indigenous Sovereignty,” writes Desiree “Anakoniwa” Vargas, another advocate and Higuayagua councilwoman. 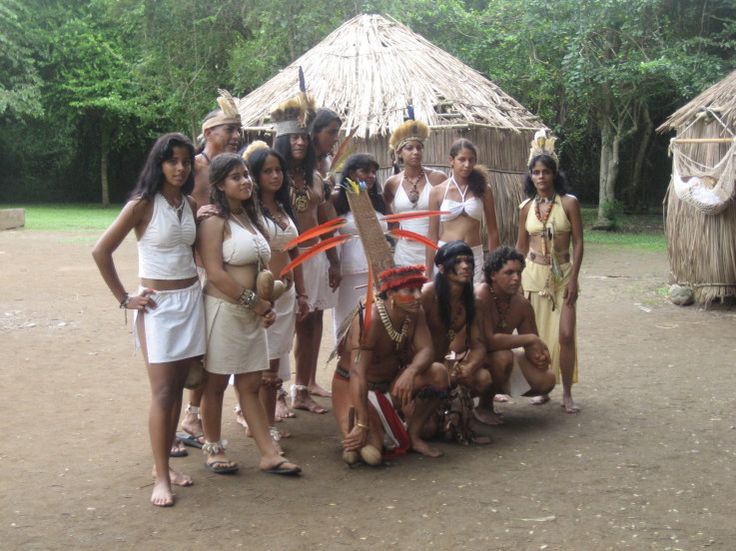 “Financialization of cultural heritage sites not only violates Indingeous Taino peoples, but is cultural genocide, environmental racism, and neo-colonization. Taino people still have ceremonies at Caguana. … We must protect and defend Caguana at all costs.”

“I know what is running in my blood—I am Taino,” Janice Torres, a New York-based Taíno and founder of social impact firm, The Brand Phoenix, told Latino Rebels. “There is no part of me that is comfortable with the continued pillaging of Puerto Rico, and it’s my responsibility to use my platform to protect it and raise the voices of our ancestors who were muted by the hand of slavery, colonization, and greed.”

“Teddy Roosevelt had the common sense and forethought to create national parks and historic landmarks. He must have realized how important cultural patrimony is to the soul of his people,” writes Kacike Jorge Baracutay Estevez, an educator and Taíno leader who spent 25 years teaching with the Museum of the American Indian. 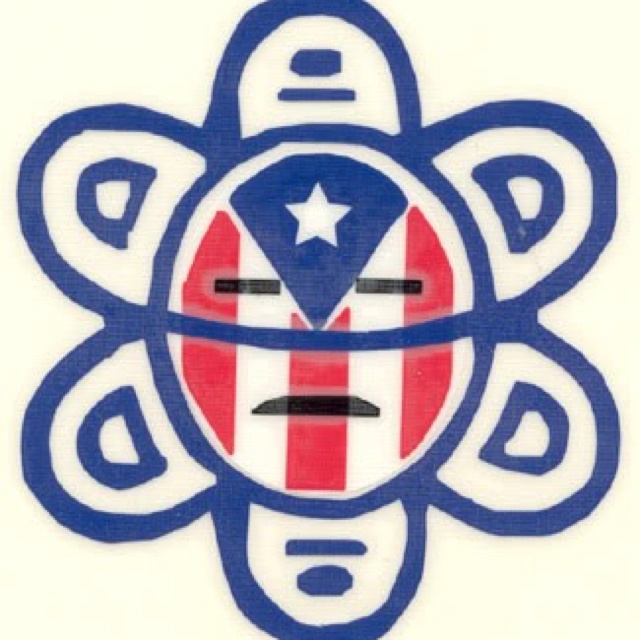 ” What do we, the people of this island, gain by allowing our cultural patrimonies to fall deeper into the pockets of outsiders or others with interests not our own?”

One of the courts at Caguana, Utuado, Puerto Rico (Courtesy of Rebecca Gitana)

“Our culture and our heritage belong to our children, not to investors or corporations,” he concludes. “Es verdad que vamos dejar que nos roben con nuestros hojos abierto?” (Are we really going to let them rob us with our eyes open?)

“Our language, spirituality, and culture are place-based,” Vargas explains. “Spaces like Caguana nurture our culture just as we nurture the land. This sacred reciprocity is something we have done for centuries. European Colonial violence interrupted our relationship with the land and with our culture. We have fought relentlessly to revive and continue our way of life through existence, resistance, cultural continuation, and cultural preservation. This site is a pre-historic landmark.

“We have the right to defend and protect our ancestral lands from commodification,
privatization, exploitation, and destruction. 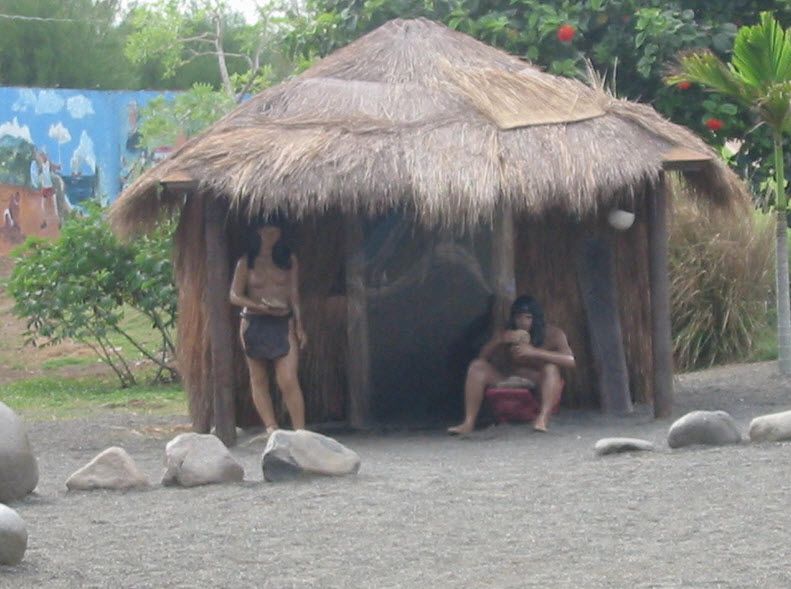