Birth of the Flag

The Australian National Flag was born on September 3rd, 1901. This followed the Federation of Australia on January 1st, 1901, which was the formation of the Commonwealth of Australia.

In 1901, the Commonwealth Government sanctioned the publication Review of Reviews to hold a public competition to design the Australian National Flag. The flag was selected from 32,823 entries.

On September 3rd 1901, the Prime Minister, Sir Edmund Barton was the master of ceremonies for the first raising of the large, blue national flag, measuring 11 x 5.5 metres over the first Parliament House in Melbourne.

September 3rd has been officially proclaimed and is celebrated annually as our Australian National Flag Day.

By 1903, the stars of the Southern Cross were standardised, with the 4 large stars each 7 points and the smaller star remaining at 5 points.

In 1908, the Commonwealth star was changed from 6 to 7 points, with 6 points representing the states, and the 7th point representing all territories.

The Australian National Flag is a design of striking stars and crosses. This unique combination of devices has created an attractive and meaningful flag which, by law, custom and tradition is Australia’s chief national symbol.

Our flag should be treated with dignity and respect as it represents all Australian citizens, equally of whatever, background, race,  colour, religion or age.

Our flag is a reminder of the contributions of past and current generations to the nation and of the inheritance that will be passed to future generations.

The Commonwealth Star is the emblem of Australian Federation. 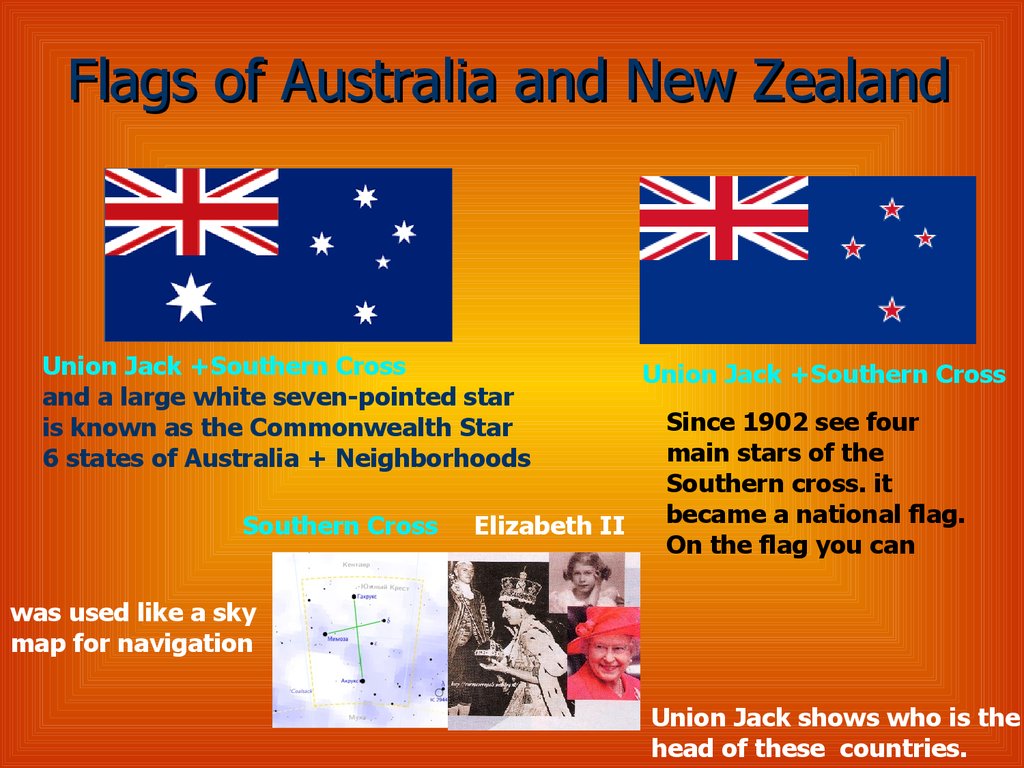 Six points represent the states and the seventh all the federal territories which together constitute the nation, the Commonwealth of Australia.

The constellation of the Southern Cross indicates our geographical location in the southern hemisphere. This constellation of  stars relate to the various indigenous legends and remind us of our rich and precious Aboriginal and Torres Strait heritage.

The three crosses, St George, St Andrew and St Patrick serve to represent the principles and ideals on which our nation was founded and is based on today; including parliamentary democracy, the rule of law, freedom of speech and the rights and responsibilities of citizens.

Every Australian Citizen has the right and privilege of flying or displaying the Australian National Flag (ANF), our flag of “STARS AND CROSSES”, with dignity and respect in accord with the rules of flag etiquette and protocol.

The Australian National Flag is Australia’s chief national symbol by law, custom and tradition, belonging equally to all Australian citizens. 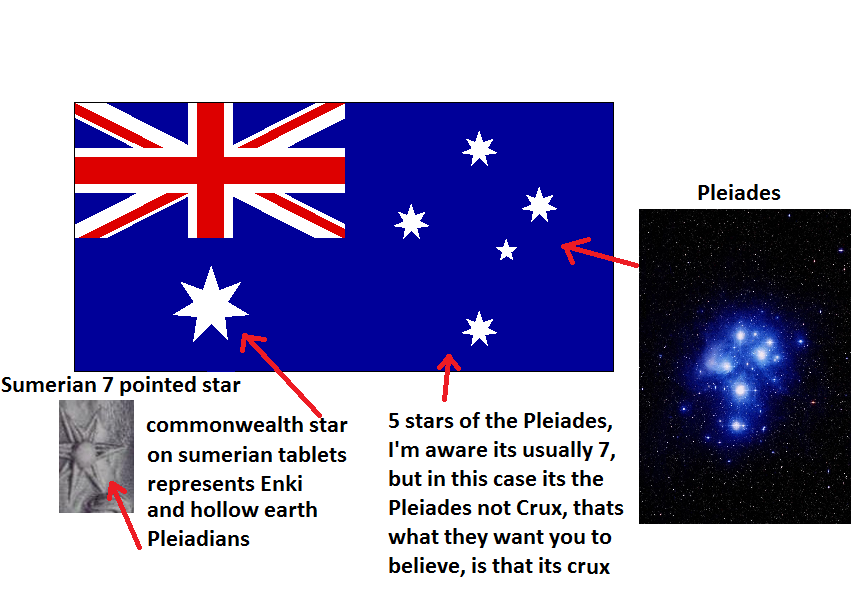 Usage of the ANF is shared with Government though, unlike the National Coat of Arms, the Australian National Flag is owned by the people exclusively, under law, in the Commonwealth Flags Act.

The Australian National Flag should be treated with dignity and respect at all times as it identifies and represents our sovereign nation both at home and overseas and all citizens, equally of the Commonwealth of Australia to whom it belongs.

Australia’s youth and our new citizens have the right to full and accurate knowledge of the history, heritage and significance of Australia’s national flag of “Stars and Crosses” which represents the principles and ideals on which our country was founded and the inheritance of future generations.

Australia has three official flags: the national flag, the Aboriginal flag, and the Torres Strait Islander flag.  Everyone knows about the astronomical symbolism of the national flag: it features the smallest of all 88 constellations: Crux — otherwise known as the Southern Cross. 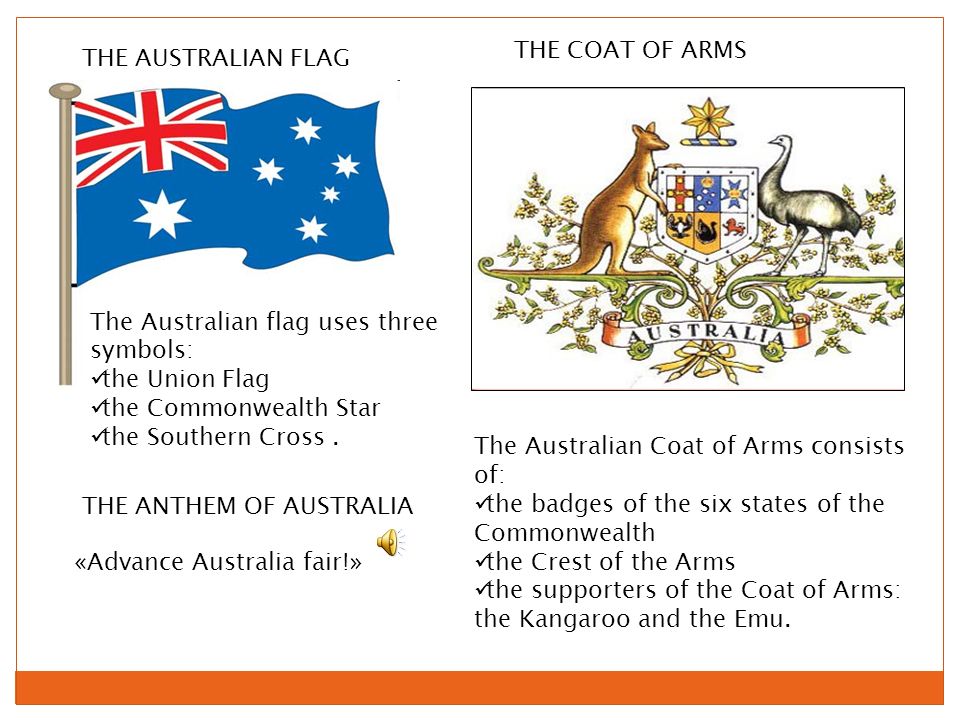 While some have thought the large, 7-pointed star below the Union Jack represents Beta Centauri — the right of the Pointer stars (the left being Alpha Centauri) — this is not the case.  The large star is the Commonwealth Star, also called the Federation Star, representing the Federation of Australia which came into force on the first day of 1901.

But did you know the Aboriginal and Torres Strait Islander flags also contain astronomical symbolism?

The Aboriginal flag of Australia is split into a black region on top, a red region on bottom, with a yellow disk superimposed in the centre. 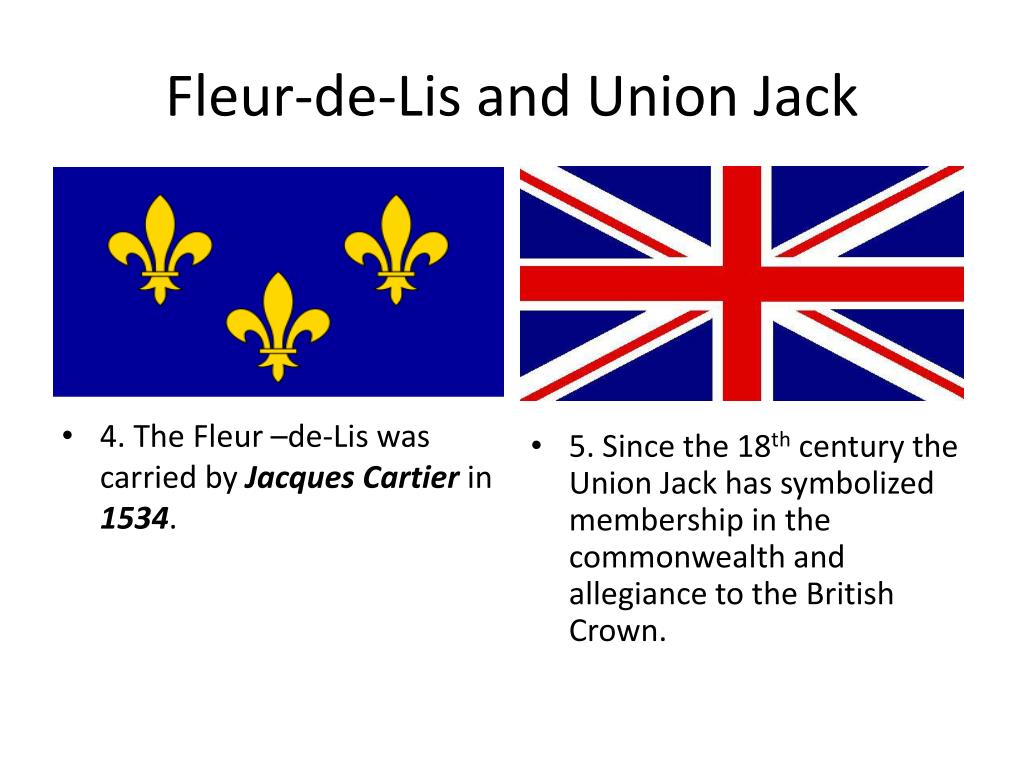 It was designed by Harold Thomas, a descendent of the Luritja people of Central Australia, in 1971.

The Torres Strait Islander flag comprises green panels at the top and bottom with a blue panel in the centre.  Between the green and blue panels are thin black lines.  Superimposed in the centre is a white dhari (headdress) and a white 5-pointed star.  It was designed by Bernard Namok, from Thursday Island, in 1992 to represent the unity and identity of Torres Strait Islander people.  It was recognised as an official Flag of Australia on 14 July 1995.

Flag of Dominica — the most important national symbol of the country

The Dominica Independence Celebration takes place every year from the beginning of October and ends on November 4th. 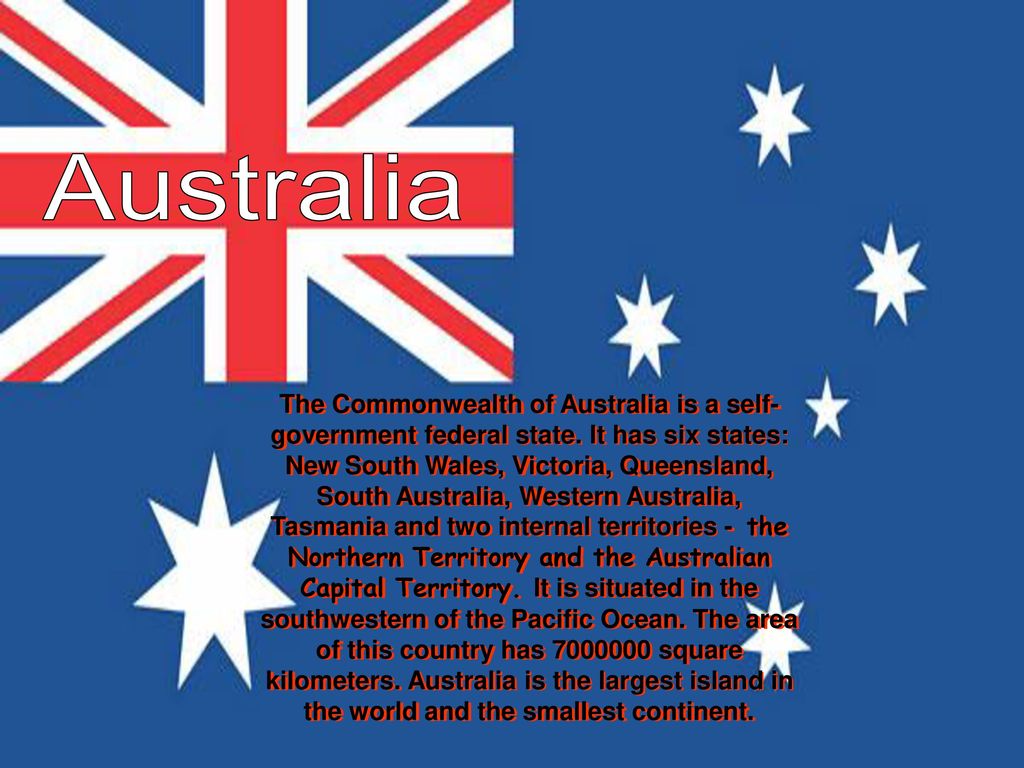 It begins with a grand opening and ends with Community Service Day. In early October, the opening of events to celebrate the independence of Dominica took place. On October 11, 2021, the island celebrates Flag Day or Jounen Dwapo , dedicated to one of the important national symbols of the state and its independence — the flag of Dominica, which unites citizens in an effort to make their country a strong and prosperous power. On this day, Dominicans at home and abroad fly the flag on display, showing respect and pride in the history, culture and traditions of the country.

The flag of Dominica was first raised on November 3, 1978, when the country gained independence from Great Britain. The flag was originally designed by artist and playwright Alvin Bulli. Minor changes were made in 1981, 1988 and 1990.

In the very center of the flag is depicted the national bird of Dominica. 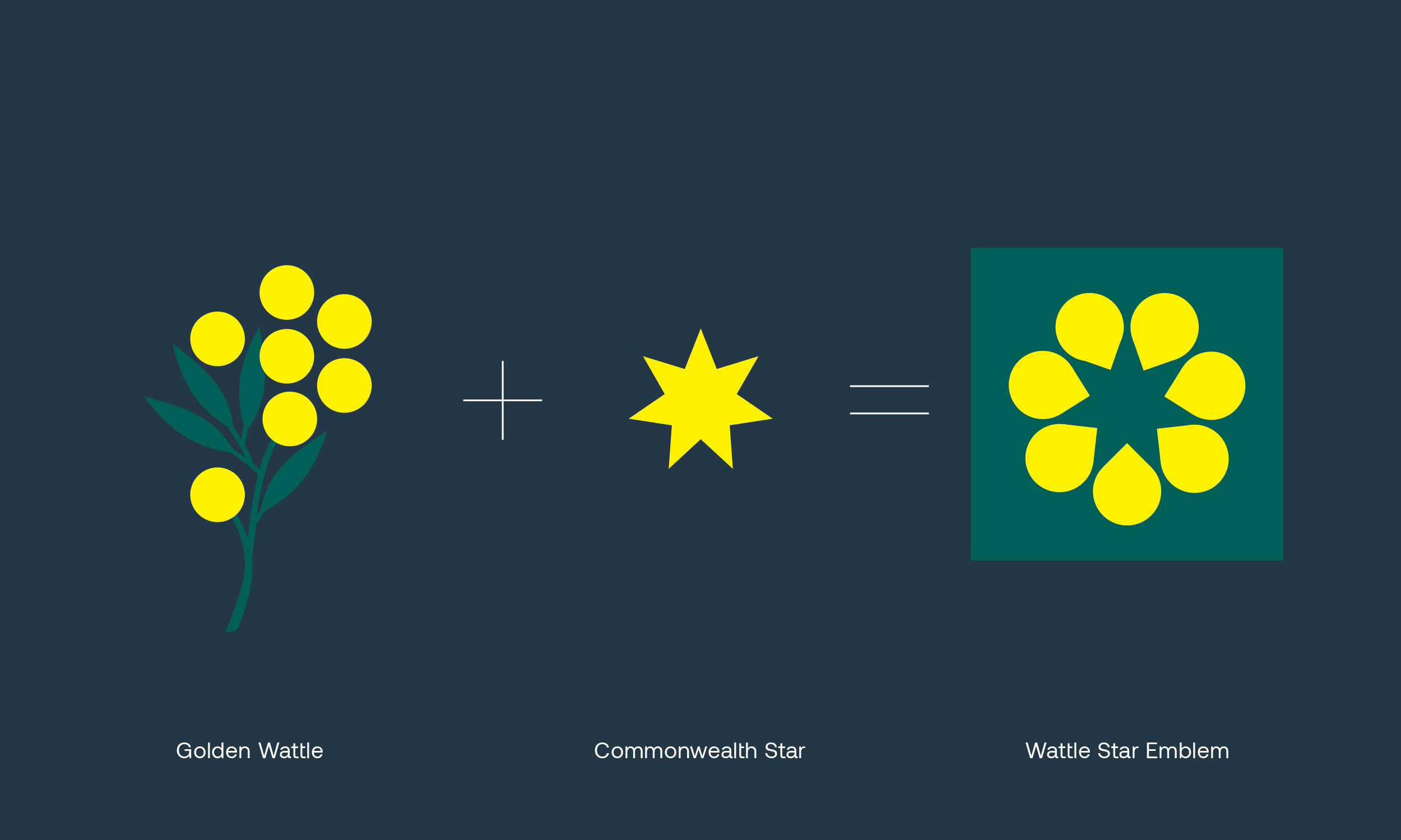 Also, the image of a parrot originally comes from the coat of arms of Dominica, thus symbolizing the official seal of the country.

The ten green stars surrounding the parrot are a traditional symbol of hope and simultaneously represent the ten parishes of the country, equal in status to each other, which means the equality of the people of Dominica.

The red central round badge with stars and a parrot symbolizes the state’s commitment to social justice.

Below the emblem are three vertical and three horizontal stripes in yellow, black and white, forming tricolor cross , representing the Trinity of God and demonstrating faith in God, as the Commonwealth of Dominica is founded on principles that recognize the supremacy of God.

The dark green background of the flag of Dominica symbolizes the lush green forest and the overall wealth of the island.

The image of the flag of Dominica reflects the spirit of the people, their traditions and mentality. The Dominica Flag Festival gives citizens the opportunity not only to honor the culture and history of the country, but also to feel part of a strong and sovereign state.

The Commonwealth of Dominica offers the opportunity to acquire Dominica citizenship through the Dominica Citizenship by Investment Program. Invest in luxury real estate Anichi Resort & Spa and get citizenship in 3-4 months. For information about the benefits, please contact us.

Information about Australia in 2022.

Selection of the tour

Australia is a unique state, because it is the only country that occupies the entire continent. This feature conveys the flag of Australia, and the country’s coat of arms symbolizes an unusual exotic nature.

The modern history of Australia is closely connected with Britain, because for a long time the continent was one of the English colonies. Such a past has affected the culture of the country as a whole, and one of the brightest reminders of this is the flag of Australia. In the modern version, the adoption of the flag took place at 1901, after the formation of the federation. Until the 1930s, various changes were made to the appearance of the Australian flag, and since 1934 it has remained unchanged to the present.

One of the main features of the flag is the presence of the Union Jack, the British flag with crossed stripes. It is located in the upper left corner. 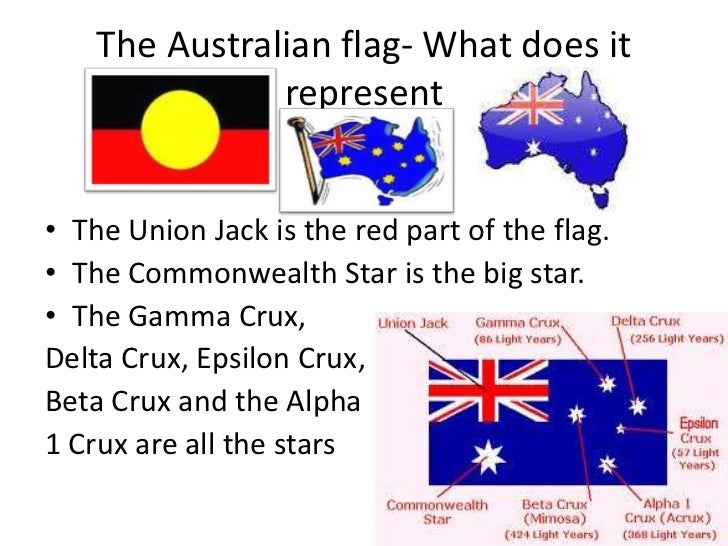 Under the Union Jack is a large seven-pointed star of the Commonwealth, which symbolizes the unity of the five states and two inland territories. On the right side of the flag of Australia is the constellation of the Southern Cross.

Coat of arms of Australia

Australia’s first coat of arms was donated by Edward the Seventh and used on many official documents and banknotes despite the fact that in 1912 George the Fifth proposed a new version. It is he who is currently the current coat of arms of Australia. In the center of the image of the emblem is a shield with the emblems of six states (by 1912 there were 6 of them, 2 external and 2 internal Territories were annexed later). Above the shield is the Commonwealth Star. The kangaroo and the emu, the most famous representatives of the Australian fauna, act as shield holders on the coat of arms.

Coat of arms of Australia 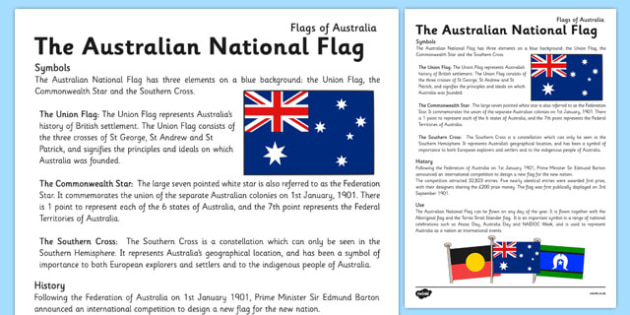 In addition to the states, according to the territorial-administrative division, the state includes two internal territories — the Federal Capital and the Northern Territories. Small islands located along the coastline of the continent are allocated to the seven outer Territories.

Geographical features of the territory of Australia

If you are interested in Australia, the map may seem very large, although the mainland area is just over 7.6 million square kilometers. In terms of area, Australia can be compared with the United States without the area of ​​​​Alaska. According to the latest census, which was conducted in 1996, about 19.5 million people live on the continent. What is characteristic — Australia is a country with one of the highest degrees of urbanization. Almost 90% of the population lives here in the city, outside the city there are mainly farmers, rangers of National parks and reserves, as well as aborigines — representatives of the indigenous population of the country. 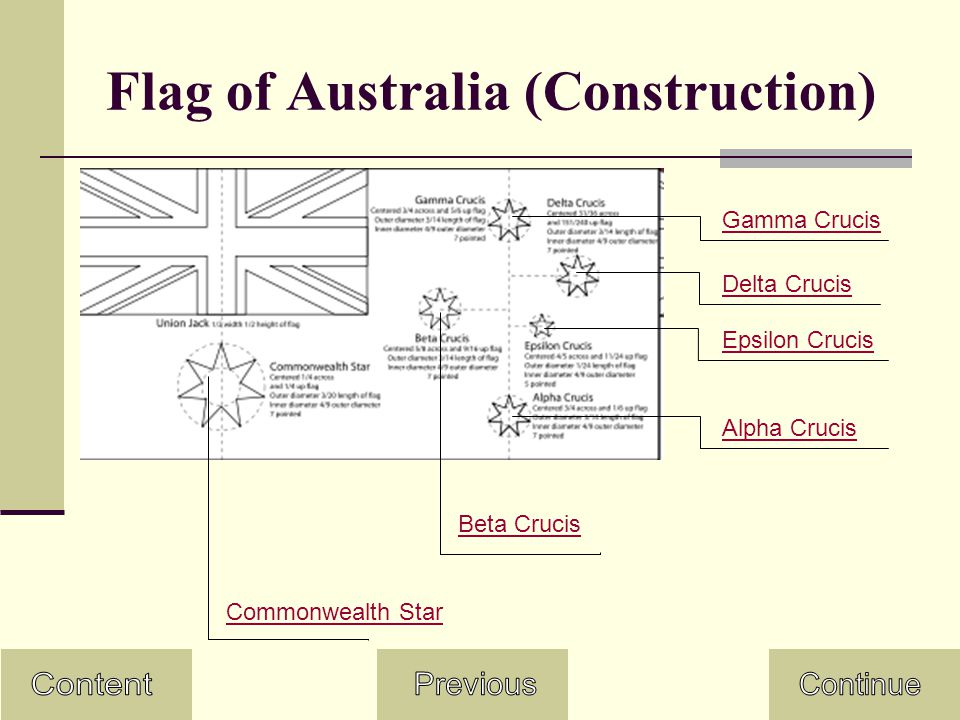 Australia is a republic with a large share of emigrants — their number exceeds 25%. A third of all foreigners who come to the continent are British and Irish. In addition to them, there are a large number of Chinese, Indonesians, Vietnamese, as well as Greeks and Germans. Recently, the size of the Russian diaspora has been increasing.

If you look at the country on the map, you can see that almost the entire territory of the country is lowlands. There are practically no mountain landscapes. The highest point of the continent is Mount Kosciuszko, whose height is more than 2.22 m. Up to 85% of the continent is occupied by deserts, which are located in the central part of Australia. These are arid regions with little to no rainfall. In this regard, almost the entire population of the country is concentrated along the coastline. In Australia, it is rare to find settlements that would be more than 50 km from the sea.

Looking at Australia on the map, you can see that its shores are washed by two oceans: the Pacific — from the southeast, and the Indian — from the western part. 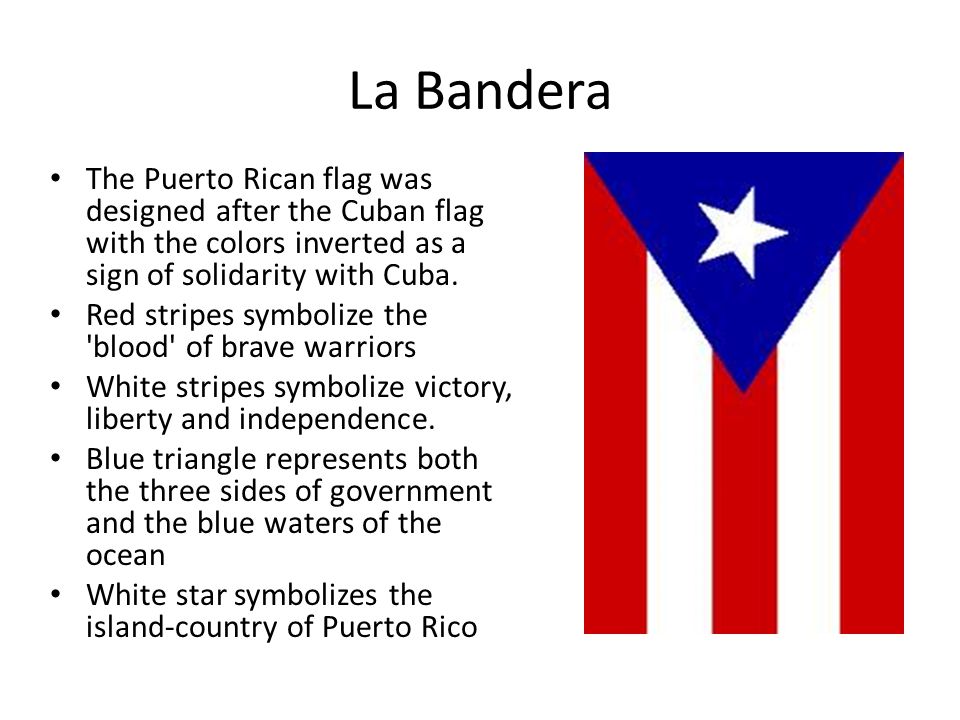 The northern coast of the Australian continent is washed by the Arafura Sea.

Considering that there are practically no hills on the map in Australia, stable weather conditions remain on the continent, without sudden changes. On the east coast, the seasonality of the climate is more pronounced — there are monsoon rains. In other areas, precipitation is rare, in particular, on the south coast, where the most popular beaches are located, there are more than 300 sunny days a year.

Thanks to the warm currents, the beach season lasts all year. On average, on the coast, the air temperature is + 23 — + 26 degrees in the «summer» season, in the Australian «winter», that is, from April to October, the thermometer can drop to +15 degrees. In the central part of the country, especially in desert areas, the air can warm up to +40 degrees.

One of the most important treasures of Australia, of course, is the unique nature of the continent. 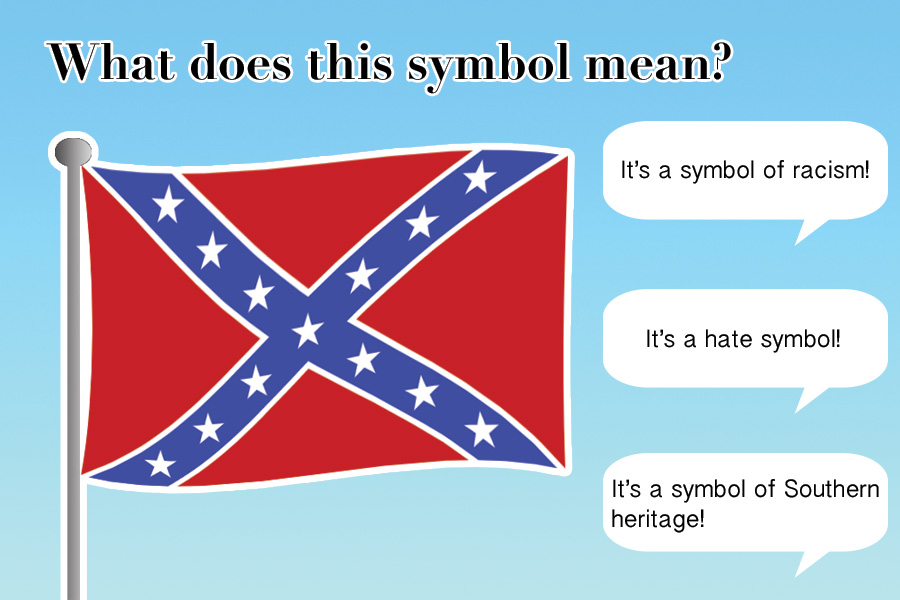